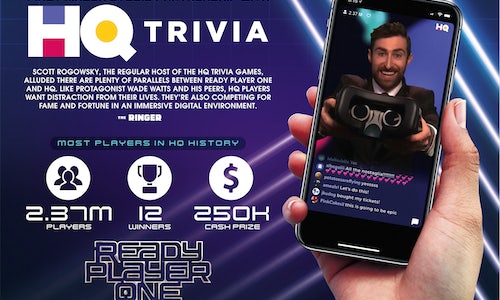 The idea originated as an effort to harness the fervor surrounding the HQ app, particularly amidst Ready Player One's core target audience and align these two brands as much as possible. Before Ready Player One, HQ Trivia had never partnered with a movie studio, and it felt this was a perfect property to be their first foray into film partnerships because of the strong themes of the movie that complimented this particular mobile app. The apps average live viewers are over 2 million and the partnership had Ready Player One owning the game on Wednesday, 3/28 at 9PM ET/6PM PT with a CTA for people to see the movie which had just been released the same night.

HQ has gone viral because it creates meaningful memories for those who play, particularly those who play together. It's the concept of shared moments that is so powerful and led Warner Brothers to want to be the first studio promoting in this space while making a first to market experience as big as possible. HQ Trivia created a real-life version of Ready Player One. Just like the movie's plot, millions of people were invited to compete against each other and leverage their trivia knowledge, to bring home the grand prize in an immersive digital environment.

Warner Brothers worked closely with the HQ team to bring the plot of Ready Player One to life, via a RPO-themed HQ Trivia game. WB's marketing team created custom trailers for the spectacle, which were pushed out ahead of the game to build awareness. WB sent actual film props to HQ that were used during the broadcast, such as the headset worn by the main character in the main one-sheet poster. A screening of the film was arranged for the HQ team so they could ideate and ensure the game stayed true to HQ Trivia's core and organically integrated the fun and interactive plot of the film. Thematic concepts from the film were leveraged -- from 1980s pop culture nostalgia, to technology, to Steven Spielberg himself -- and integrated into the game's trivia questions.

With all of the buzz around the release of the film and the enormity of the $250,000 cash prize, the HQ game wound up being the biggest in the company's history. 2.37 million people tuned in to play and 12 people wound up winning and splitting the cash prize. Additionally, the organic conversation around Ready Player One that was generated from this partnership in the aftermath of the HQ game had a sharp spike upwards. There was an 117% increase in engagement around the film for adults between the ages of 18 and 24 year-old following the game. The positive sentiment was directed towards the HQ game in relation to Ready Player One. Overall, fans of HQ and fans of the film loved the partnership and this campaign could be single most important component in helping Ready Player One take the box office and become the number one movie in the world on its opening weekend! 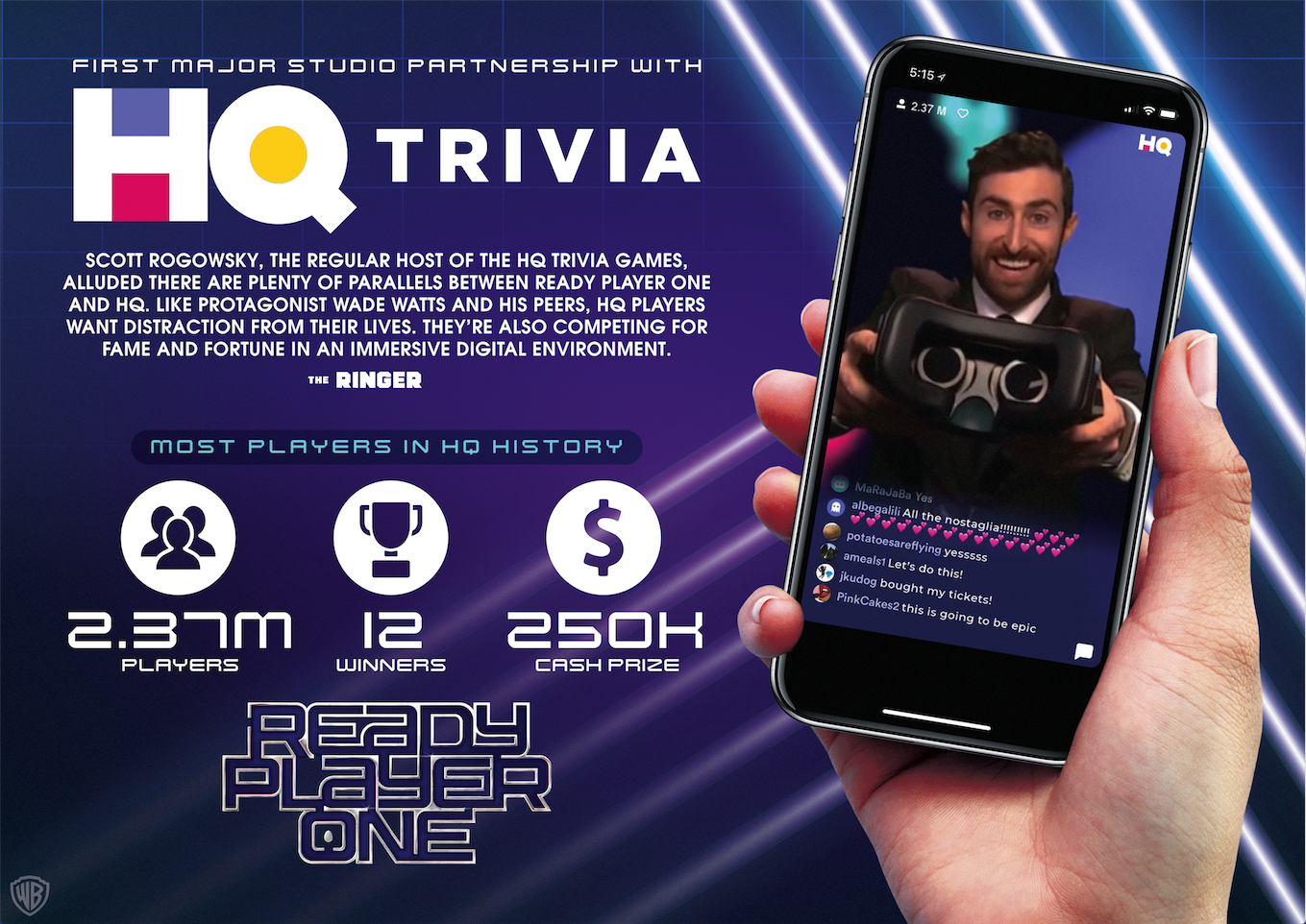