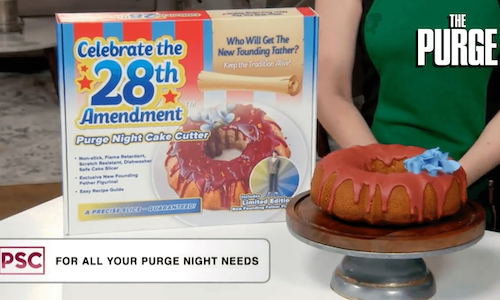 The Purge Shopping Channel was created to promote USA Network's The Purge, a TV show based on the hit movie franchise from Blumhouse. The series imagines a world where all crime (including murder) is legal for one night per year. It was our goal to both activate the enormous Purge franchise fanbase in an authentic way and entice a wide range of viewers into this unique storyworld. We also wanted to communicate that the series has a more nuanced and character-driven approach to storytelling than the movies, which focused more on the action of Purge Night and less on the characters and culture of The Purge.

In an effort to intrigue the largest number of people, our approach was to have fun with the idea of The Purge and lean into the satirical world's dark humor. We introduced and celebrated the dystopian holiday with a multichannel campaign: a tongue-in-cheek on-air, online and social media-driven faux shopping network called The Purge Shopping Channel. The content featured creepily enthusiastic TV hosts hawking in-world merchandise for dedicated Purge Preppers. The idea was to give the audience a sense of what it's like to live in a world where the Purge actually exist, and just like Christmas or the 4th of July, citizens prepare for the holiday and society commercializes it. The intent was also to get viewers thinking: What would I do on Purge Night? Would I participate? Would I hide? What would I need to celebrate or survive?

Collaborating with The Purge writers, we created seven unique product segments (15+ minutes) of in-world narrative content providing an expansive view of the world and holiday, from culinary traditions, to jewelry to personal protection. These videos were distributed via social, dotcom and on-air, both as a full length faux infomercial on SYFY and shorter interstitials distributed like traditional advertising to give viewers a real jolt: What am I watching? Is this real?

After viewing "live shopping segments" both online and on-air, fans were encouraged to call a working telephone hotline where "operators were standing by".

Custom Purge Shopping Channel segments ran on USA Network during the commercial breaks of the first two episodes of The Purge. Each segment drove viewers to the PurgeShoppingChannel.com to enter a special code that was shown in the on air promo. The first 1,000 fans to correctly enter the code were rewarded with free products that were featured in the Purge Shopping Channel segments - the 12-Hour Purge Emergency Candles or the "Purge Away" Stain De-Purgents.

Blessed Be the New Founding Fathers and America! 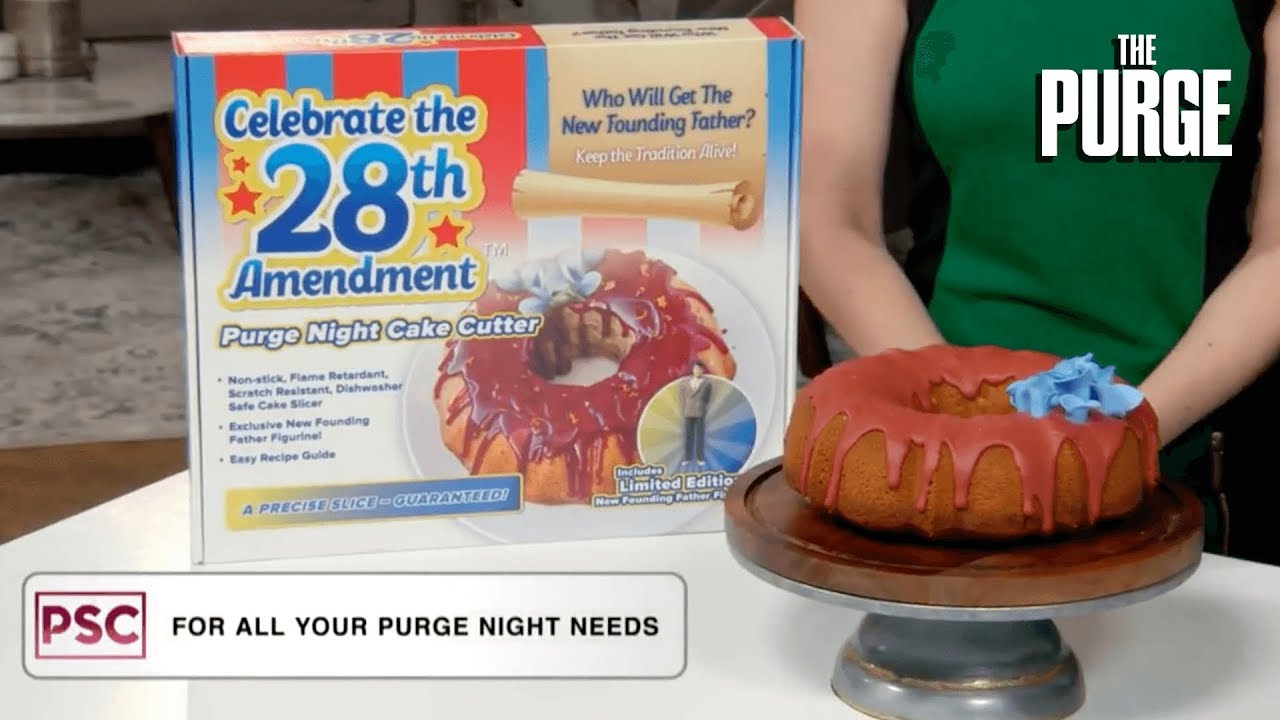