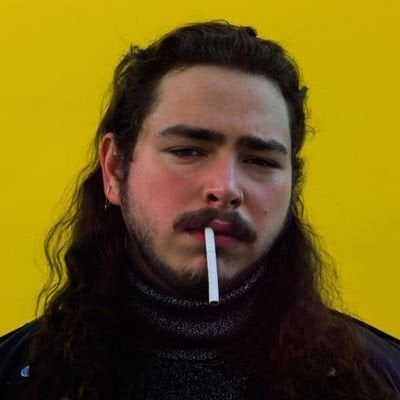 Few people had a bigger year in 2018 than Post Malone, whose album Stoney broke Michael Jackson’s record for consecutive weeks atop the Billboard‘s Top R&B and Hip-Hop Albums chart in August. His newest album Beerbongs and Bentleys featured the tracks “Rockstar” and “Psycho,” and topped the Billboard 200 hottest albums chart. Post had a scare this summer when a plane he was traveling in made an emergency landing shortly after takeoff, reaching out to his 4M+ fans on Twitter immediately afterward. While his Instagram shows off amazing pictures from his life on the road, the rapper often lets his sense of humor lose on Twitter, offering musings like “running for president... my platform? to stop lighter theft.”