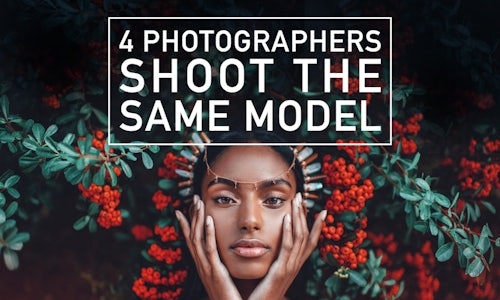 Is it the camera, or the photographer? The average person may assume that expensive, high quality camera gear is all that is needed to take a spectacular, eye-catching photo. This series sets out to disprove such assumptions by allowing photographers to showcase their individual styles, despite shooting in the exact same circumstances.

Based on his or her personal style, each of the four photographers is given the chance to choose one outfit and location for the other photographers to shoot. Each participant gets their own round and is given only three minutes to take his or her photo with the model. "Four photographers" demonstrates that a photo's likeness stems from the photographer and not the equipment used to take photos.

One of the goals behind this series is to shed light on the different styles each photographer has in his or her craft. Another goal is to showcase that one does not need expensive equipment, such as lighting, to get a good shot, as all photographers in the series use only natural light. The series is also intended to blend a popular genre-- like reality TV-- with photography to create an engaging, educational and fun show to watch for both photographers and non-photographers.

The strategy of the series was to constantly evolve with every episode. It did not depend on large corporations, agencies or major media outlets to produce or advertise. In turn, "Four Photographers" took off on its own with the support of the photography community and the Youtube platform. The viewers voted the winners of each round, which encouraged dialogue between photogs and non-photogs in the comments about their favorite pictures. The series grew to include new elements based on viewer feedback - which was a strategy that helped connect the viewers with the series itself. "4 Photographers" also featured notable photographers such as Brandon Woelfel, Joey L, Dani Diamond, Mark Singerman, Sawyer Hartman, and Derrick Freske. Such influential photographers helped the series reach new heights on Instagram and captured the attention of high profile social media personalities. Models for the series included popular social media influencer and professional model Sophia Esperanza, America's Next Top Model Contestant Liberty Netuschil and professional model Tashi Rodriguez.

The pilot episode featured the photographers silently shooting their images, but feedback transformed the series into a reality show environment that focused not only on the images, but also each photographers' personality and commentary.

Creating content for photography online may usually call for a large production and fancy set-ups, but this series began as low budget ($300 per video) and relatable to the everyday photographer. The first episode was shot in a small Airbnb, edited by the main photographer –Jessica Kobeissi—and gained 1 million+ views upon 2 weeks of its release. Outside of the photography community, the buzz of the series made its presence as a large audience of non-photographers tuned in.

The series has a total of 9 episodes:

The series "Four Photographers" not only went viral as an independent project and became the most watched photography competition series on Youtube, but also inspired photographers around the world to also take part in the challenge. It created an official online trend named, "Photographers shoot the same model". Within this trend people gave credit to Jessica Kobeissi for the original concept. In a community where some creatives may fear giving away too much of the secrets behind their talents, this series brought photographers together from around the world to collaborate, engage and create a phenomenon that is outside of the norm. Jessica Kobeissi and her challenge also earned her a trending feature on Pinterest and many features and articles about the series.

The overwhelming engagement by the everyday viewer, many of whom were not professional photographers, is what made the series so unique. The ability to connect with and reach non photographers while having them appreciate the art and process behind each photo is significant in a time now where photography is sometimes seen as simply "pressing a button". The series was able to break stereotypes of what a photographer is seen as, as well as entertain and educate millions of viewers - all at once. 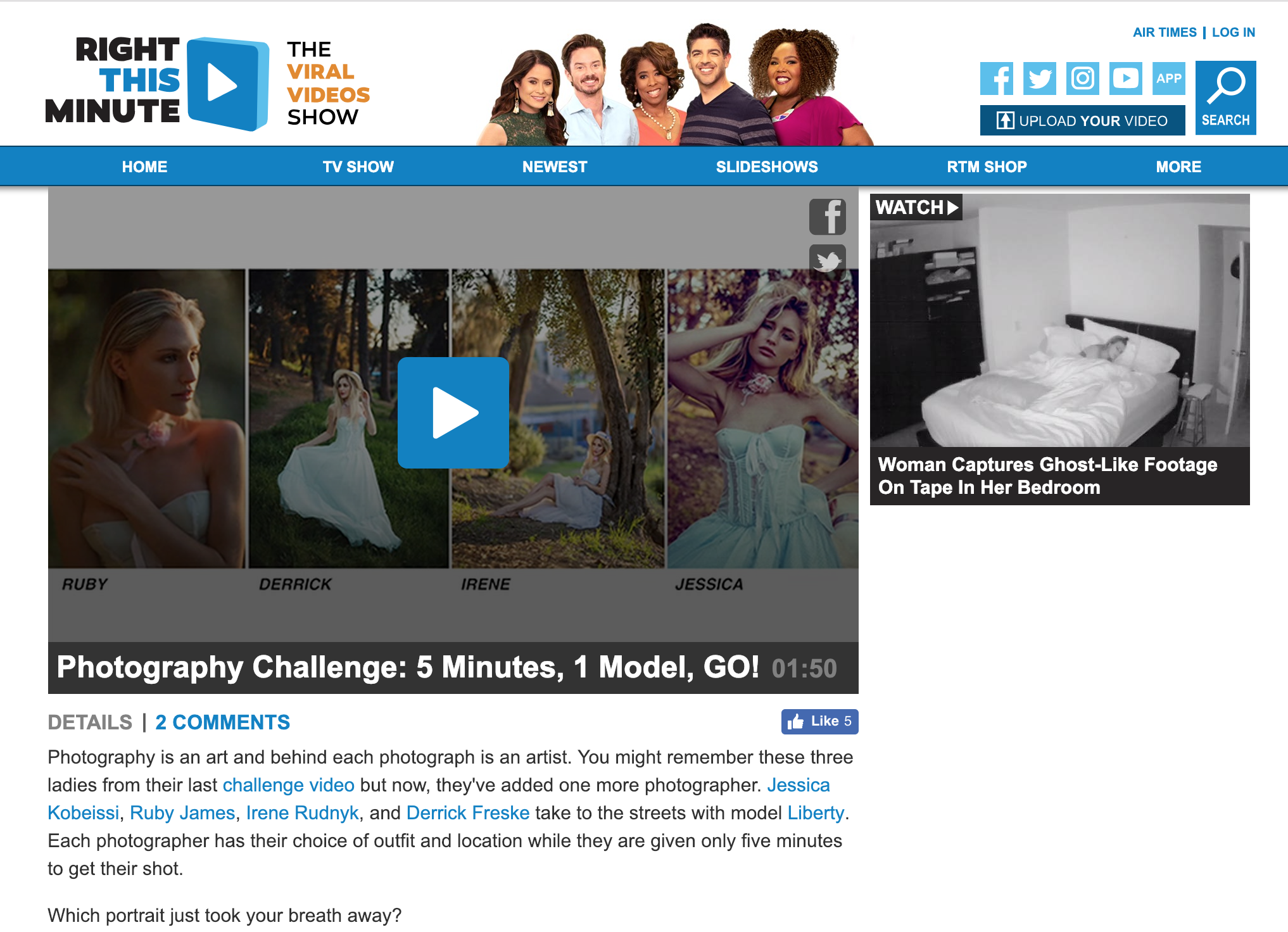 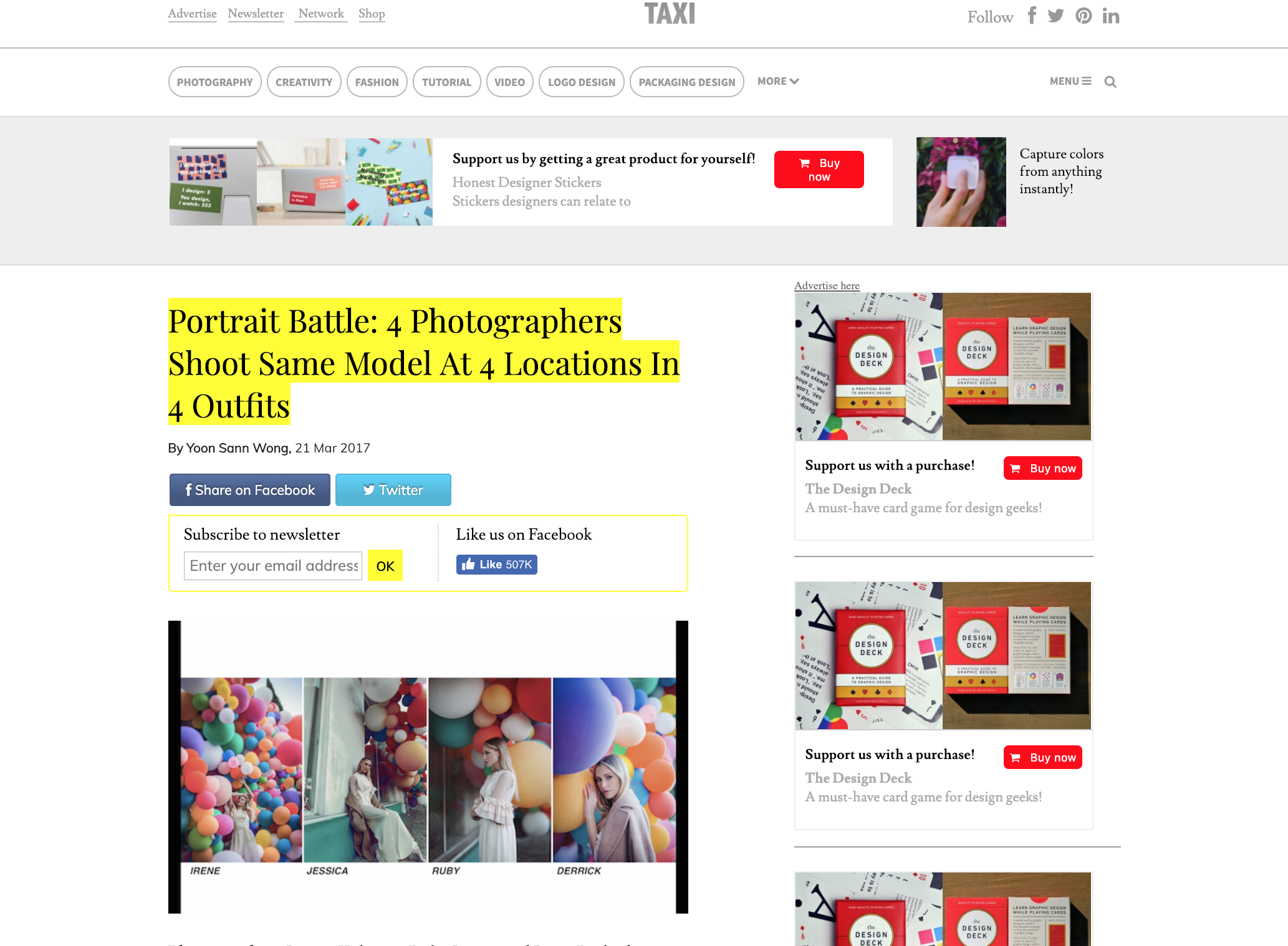 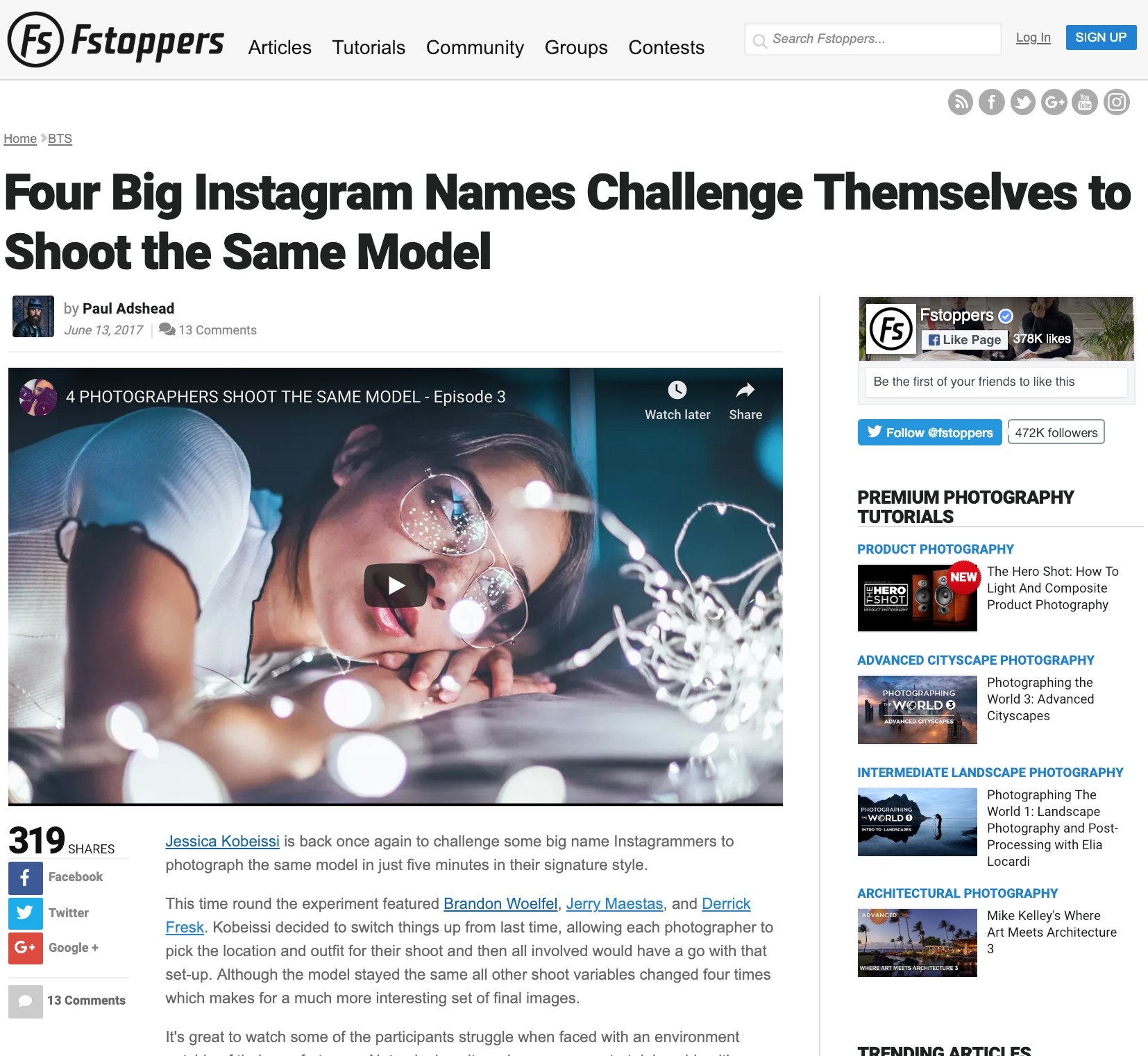 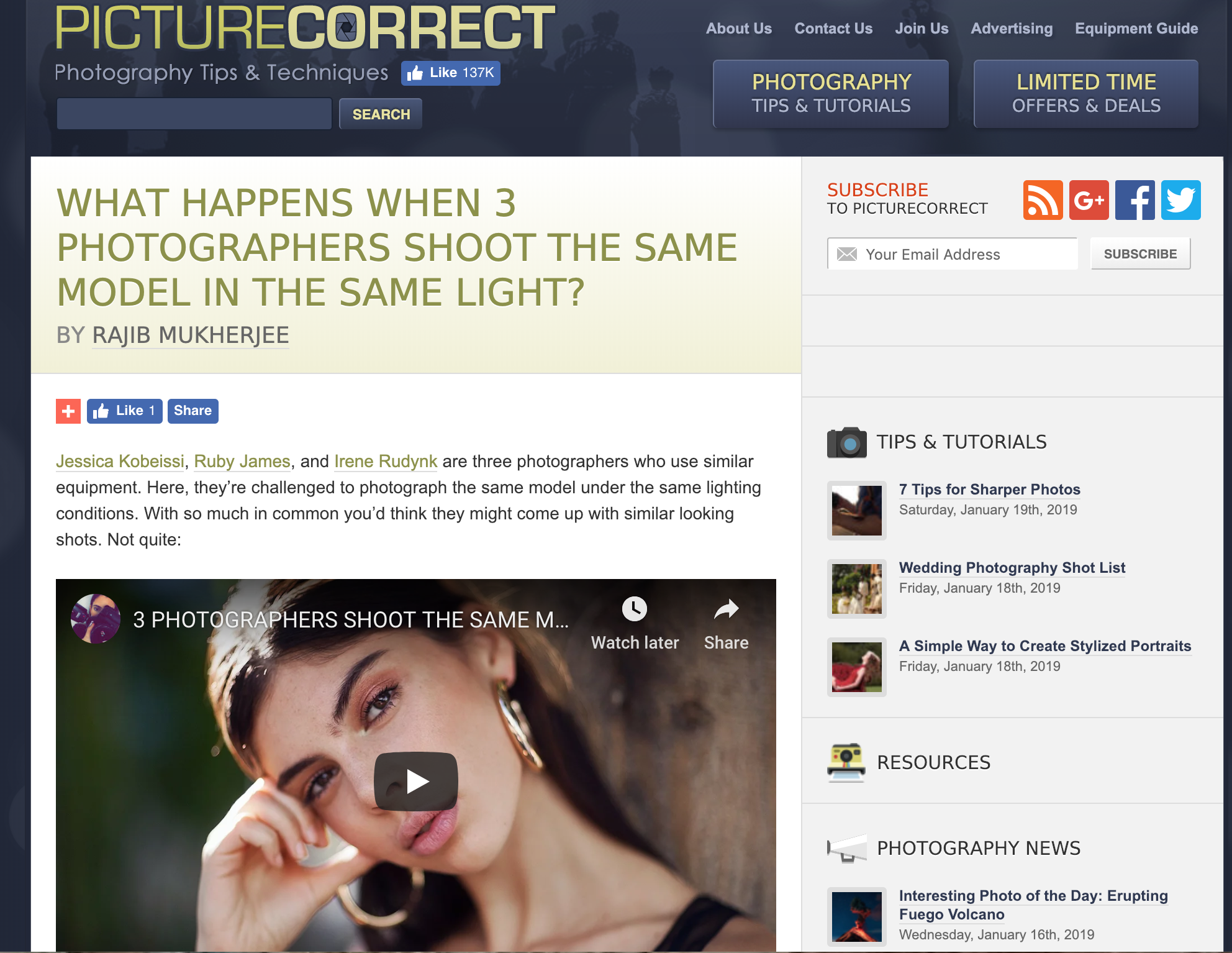 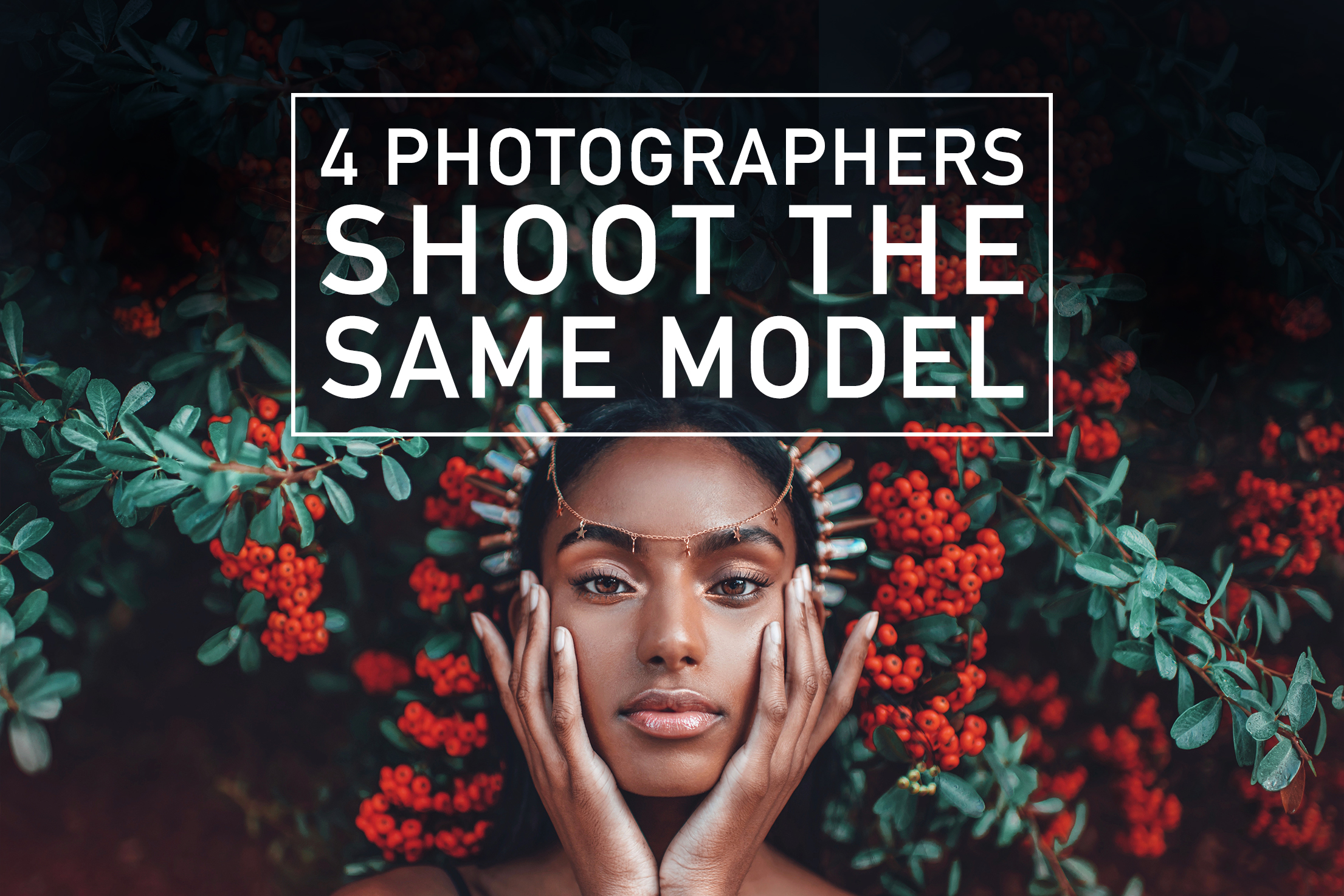 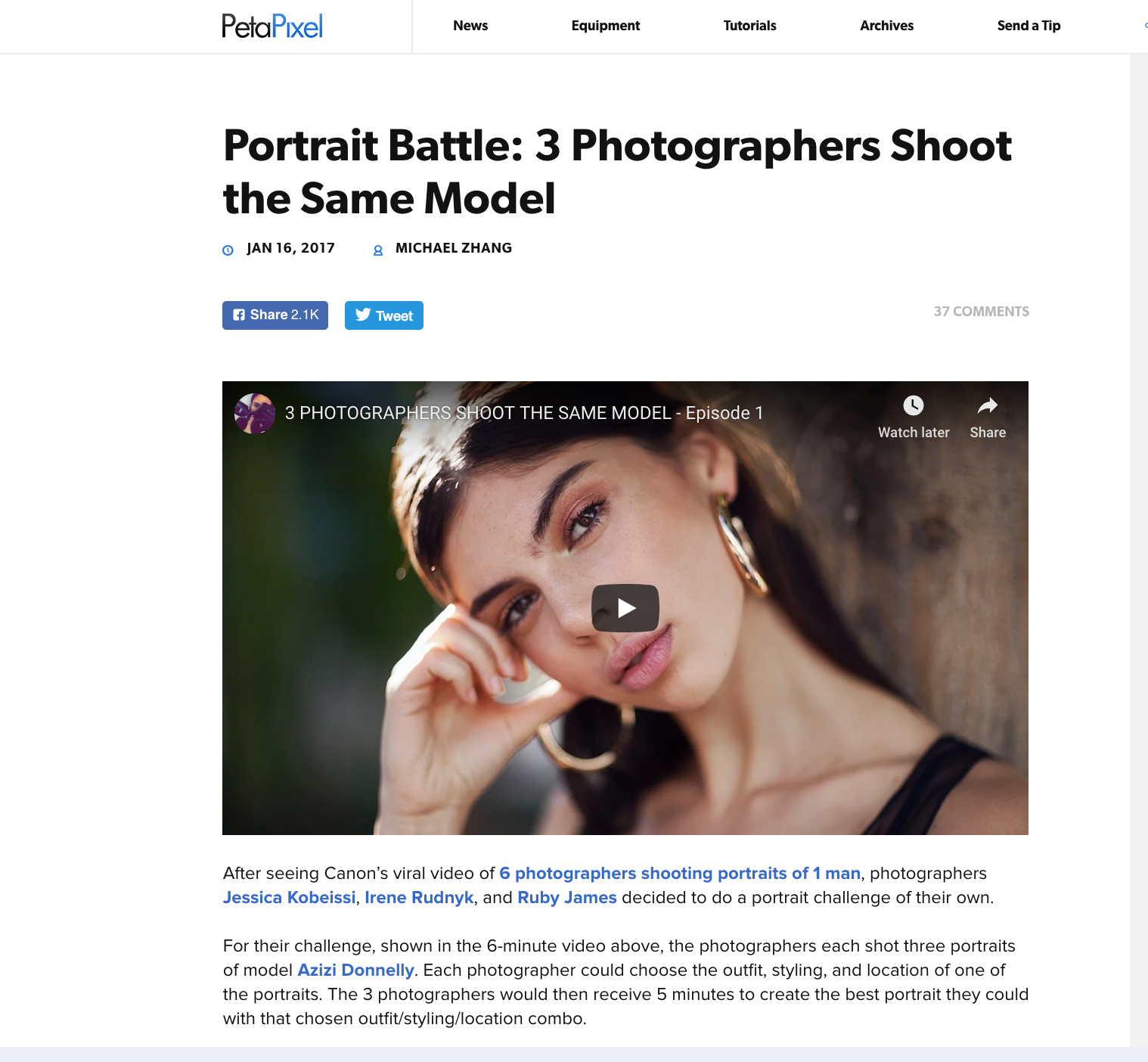 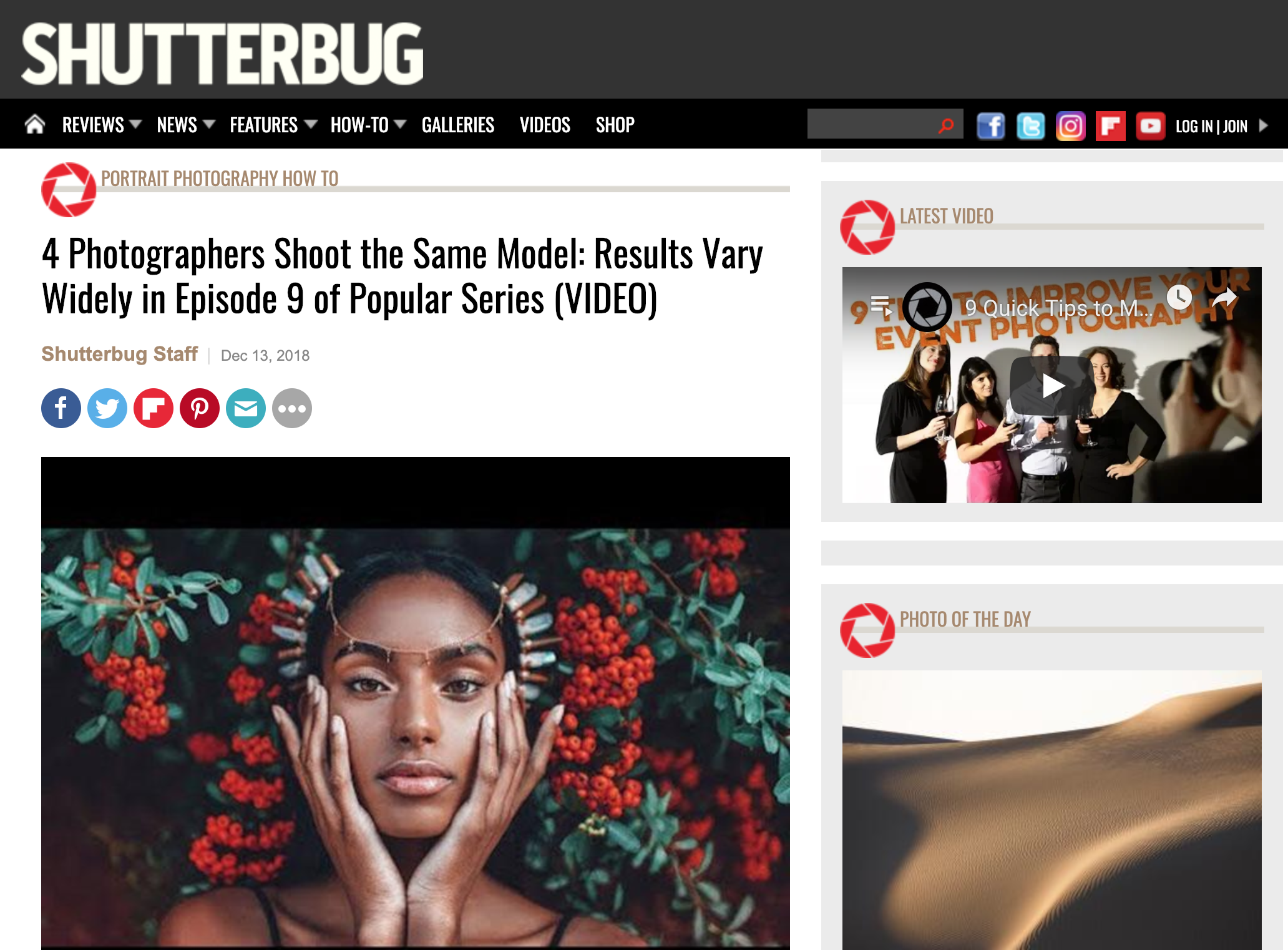