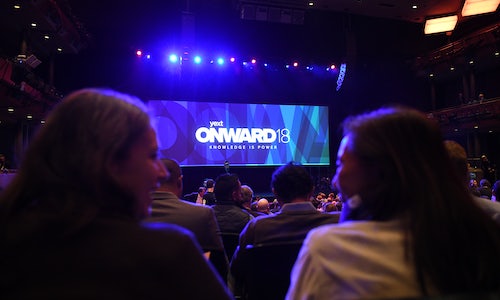 Inspiration, Innovation, and Insights from ONWARD18

As AI-powered discovery services increasingly shape our daily lives, brands face new challenges — and marketers need new skills in order to compete. Yext aimed to deliver an impactful and high-touch conference that brought this technological shift to the forefront of people's minds, gathering more than 1,000 attendees from the most important and largest national and international brands in one place: Jazz at Lincoln Center's Frederick P. Rose Hall in New York City.

The goals of the conference were to explore the evolution of AI-powered digital services and help attendees return to their jobs with actionable tips on how to excel in a future in which the development, distribution, and control of brand information everywhere is a competitive advantage. Many of the world's leading companies from across industries, including Boston Market, Wendy's, T-Mobile, and L'Oréal, as well as global tech leaders including Google, Amazon, and Microsoft attended and played prominent roles as keynoters, moderators, and panelists.

To ensure Yext met its objectives, the company set goals, many of which focused on social and digital media. Yext aimed to increase its average social media engagement rate, grow its social following, and inspire individuals to use the ONWARD18 hashtag (#ONWARD18) at least 1,000 times across Twitter and Instagram. To promote the event and the industry influencers, sponsors, speakers, and brands, in attendance, Yext worked to spark conversation on all social media platforms.

ONWARD18 was truly a global technology conference. As Yext's third annual user conference, the company's pre-event marketing strategy was to promote the event and its speakers across all media channels with an emphasis on digital and social media promotion.

Yext created a website (ONWARD18.com) for the event and registration, released pre-event blog posts highlighting speakers, talk tracks, and reasons to attend, socialized these posts on Facebook, LinkedIn, and Twitter, and tweeted 10-20 times per week. The tweets highlighted event sponsors, speakers and their topics, as well as garnered engagements and set the tone for the upcoming conference.

Yext tagged speakers in relevant tweets to promote the event's sessions and increase the number of followers for ONWARD18 speakers, panelists, and influencers. As ONWARD18 approached, Yext shared "sneak-peek" videos and images on Instagram Stories to pique attendee excitement. Additionally, Yext created an "ONWARD18" app, which attendees could download for event information and push notifications.

- A social media wall, located at the venue and updated in real time, pulling in and displaying #ONWARD18 content shared on social media

ONWARD18 day 2 featured an unexpected use of social media: When a suspicious package was discovered at the neighboring CNN office, ONWARD18 attendees were evacuated from Jazz at Lincoln Center's Frederick P. Rose Hall as a precaution. Social media — Twitter in particular — was the main tool that the Yext communications team used to keep attendees calm and up-to-date during the evacuation, letting them know where to go and when it was safe to reenter the building. While the team had to pause the live-tweeting of sessions during this essential evacuation, we credit social media with the ability to help attendees remain informed and calm — and it was key to resuming the conference programming safely and successfully.

Yext opted for a "Heard at ONWARD18" strategy, which continues in the months following the event to hype prospective attendees up for 2019's conference. Yext tweeted branded images of speakers with powerful quotes that were said at the event. These posts amplified ONWARD18 content and engaged speakers, industry influencers, and their followers.

Along with the Tweets, Yext launched ONWARD On-Demand following the event, allowing attendees — or those who missed the event — to experience the sessions anew.

ONWARD18 was a transformative event for Yext as a technology leader. It moved along deals with Yext customers and prospects who were able to come to easily understand Yext and how the software could benefit their businesses as AI, digital assistants, and intelligent services continue to shape the customer journey.

In addition to the more 90 speakers from major technology players like Google, Amazon, Microsoft, and Snap, there were 1200 attendees on site. The event sold out in advance, and event demand was so high that Yext added a livestream for those who could not attend — as well as the previously mentioned ONWARD On-Demand programming for post-event viewing.

Yext exceeded its goal for the #ONWARD18 hashtag, which was ultimately shared more than 1,150 times across Twitter and Instagram. Overall, Yext's Twitter posts drove 150,384 impressions and 1,198 total engagements, a 654% increase when compared to the same date range a week prior. Facebook posts generated 34,920 impressions, and LinkedIn posts saw 25,274 impressions. Finally, Instagram posts drove 1,428 impressions and an average engagement per post of 143 likes, a 74% increase from ONWARD 17 last year.

Yext's follower count also grew across all four social channels as well over the three days of the event. The contributed to significantly to Yext's overall follower increase for the year, a 69% increase in followers in fiscal year 19 as compared to fiscal year 18. 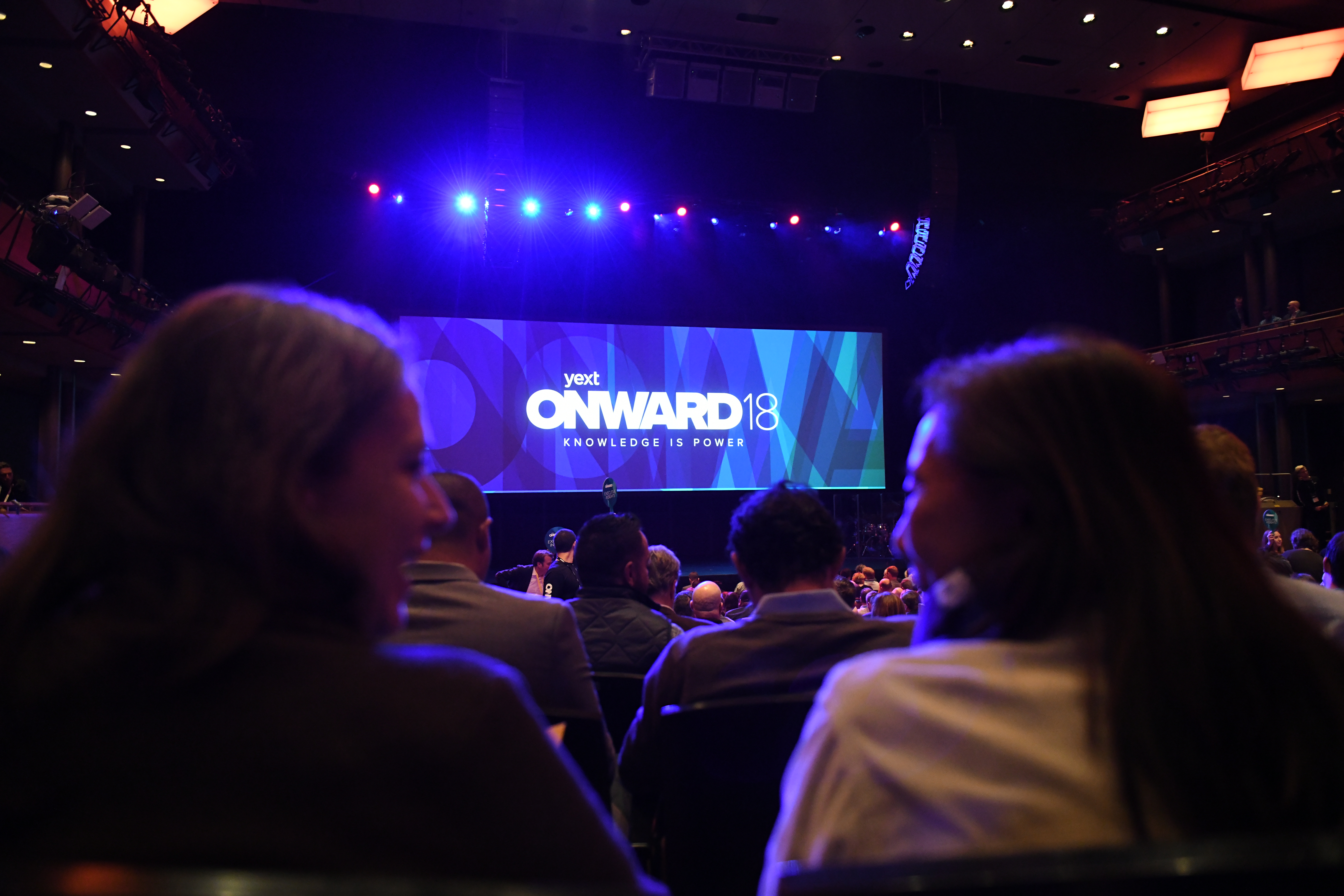