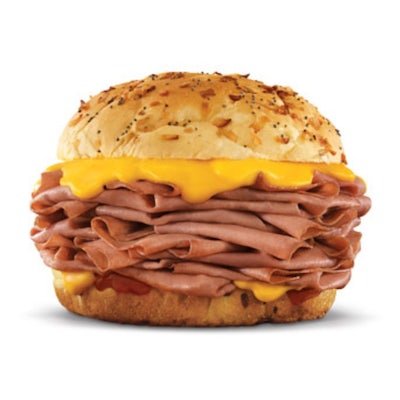 Say that all at once you discovered there was no God, no Santa Claus and no hope for civilization at the exact moment you bite into a juicy Arby’s sandwich. That, in a nutshell, characterizes the viral phenom and brilliantly clever Twitter feed where futility meets fast food and meaningless existence is pondered over horsey sauce. Casting tweets from a place of pure nihilist ennui, “Yup. It’s almost like nobody cares about anything anymore. Eat Arby’s” the chain-unaffiliated parody brainchild by copywriter and punk musician Brendan Kelly is 350K+ fans strong and rapidly growing, proving there’s a mass market for the darker side of the meats.