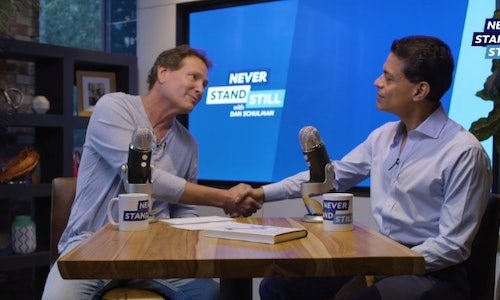 Against the backdrop of decreasing trust in the tech industry (where the 2018 Edelman Trust Barometer has shown a 19-point drop among the U.S. public), PayPal wanted to humanize the company and increase understanding of our mission to democratize financial services. PayPal CEO Dan Schulman has focused on values-driven leadership, often saying that "values can't just hang on a wall," and this mantra has guided our business approach and is celebrated internally. But we also wanted to build external awareness of Dan's leadership perspectives and the softer side of PayPal – including our focus on innovation, diversity and inclusion. While our earned media approach was driven by our mergers and acquisitions, product announcements and quarterly results, we turned to owned channels to help build affinity for both PayPal and Dan.

Primarily, we wanted to connect with those people who share Dan's belief that business can – and should – be a force for good in the world. We undertook audience research to see where and how this target audience was consuming information and found that 70% use Facebook. Additionally, we learned that this audience was 184 times more likely to listen to podcasts than the average user.

Thus, we developed a video podcast for Dan called "Never Stand Still" based on his practice of Krav Maga and related business philosophy that "standing still is asking to get hit." We anticipated that through conversations between Dan and influential changemakers, we would achieve our objective of spreading PayPal's values and establishing trust with our stakeholders.

To drive awareness and differentiation of PayPal, we knew that we would need to leverage existing corporate communications channels and evolve our storytelling efforts. With 40% of U.S. Facebook users consuming Facebook Watch content on a weekly basis, according to a study from Morgan Stanley, and the understanding that videos out-performed other content in 2017 on Dan's Facebook page, we decided to capitalize on the platform's recently launched video-on-demand service and converted Dan's public figure page. Based on the 2018 Edelman Trust Barometer, 65% of people are more trusting of spontaneous speakers versus 35% for rehearsed speakers. Therefore, through these videos, we created content that felt authentic and unedited to better resonate with our audience and create a feeling of unfettered access to executive leaders.

Converting Dan's Facebook page to a Facebook Watch page enabled us to become our own branded broadcast media company, and to position Dan as a convener of conversations with other leading executives. With this shift towards prioritizing video content, we created singular content moments that could be repurposed in multiple ways on Facebook, but also across channels and in different formats. To further the reach of this content, we also leveraged audio from these video recordings and repurposed the conversations to launch "Never Stand Still" as a podcast available on Apple. Additionally, we cut the full episodes and shared short clips from the conversations on PayPal's corporate social channels, as well as Dan's LinkedIn page, and extracted key insights from the discussion for a series of LinkedIn articles from Dan. Through this approach, we increased ROI of Dan's limited time and broadened our content offerings. We also partnered with guests' communications teams to organically amplify these conversations across channels and adopted a targeted paid promotional strategy for our own channels to further our reach and resonance on Facebook.

Over the course of six months, we wrote, produced, recorded, and edited the following 12 episodes for the first season of the series to air in full on Facebook Watch:

Throughout season one of "Never Stand Still," we have seen a wide-ranging impact that has helped us to strengthen our connection with key stakeholders, increase Dan's visibility as an outspoken business leader and garner earned media coverage through inspirational conversations on important topics. We saw the following results through the development of this video content series: