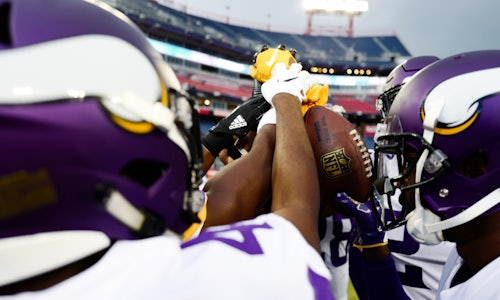 The NFL's preseason proves the first chance for rostered players to formally show their skills in front of fans for the respective campaign.

The first preseason game carries plenty of hype and excitement, as fans have anxiously waited months to see their favorite players suit up again.

But the preseason is typically a different pace than regular season, especially if the final game is played on the road. Lesser-known players are vying for coveted roster spots, and fans are usually less familiar and invested in the game. In order to keep fans interested and excitement going, the Minnesota Vikings partnered with Tagboard to integrate social media commentary into the preseason game broadcast for the second year in a row.

This year, the goal was simple. Fans could ask their questions directly to announcers and to football staff in hopes that they would be featured on-air.

Tagboard has been a partner with the Vikings for many seasons. Traditionally, Tagboard's technology allowed the team to leverage user-generated content in-stadium and on social media by using specific hashtags. But the Vikings and Tagboard worked together to reimagine a new use – curating content for a game broadcast.

"We really wanted to be able to give fans a voice on our broadcast," said Vikings Executive Director of Digital and Innovation Scott Kegley. "Instead of just broadcasting at them, we really wanted to use them as part of the [experience]. They are able to see their posts on air, they are able to feel like they are having a conversation with our General Manager, and that's pretty rare."

In order to up the ante, the Vikings gave fans a chance to ask General Manager Rick Spielman a question on the broadcast. The Tagboard tool allowed the digital team to curate, filter and approve questions to ultimately be published on live television. The questions were read and answered by Spielman – some about the upcoming season and some just for laughs.

Daniel Braun, Client Success Manager at Tagboard, joined the team on-site to assist with any strategy and technical questions.

"To wrap up preseason, I had the privilege of joining the Vikings digital team in Nashville to produce the second annual Minnesocial broadcast," Braun said. "From ticker comments and lower third questions for the booth, to Snapchat stories and fans checking in on the Heatmap, it was the perfect example of how you get your fans excited about Weel 4 of preseason."

Fans were encouraged to share questions and posts, primarily through Twitter, on the Viking social media channels and also were instructed to do the same via the broadcast.

Reach for the #Minnesocial hashtag was global with fans watching and posting content across the globe. The hashtags were used on social media sites 362 times and the content reached 15,085,489 people.

"It showed where fans were interacting with the broadcast all across the world," stated Skip Krueger, the Director of Production at Vikings Entertainment Network. 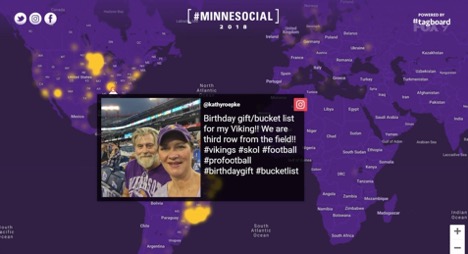 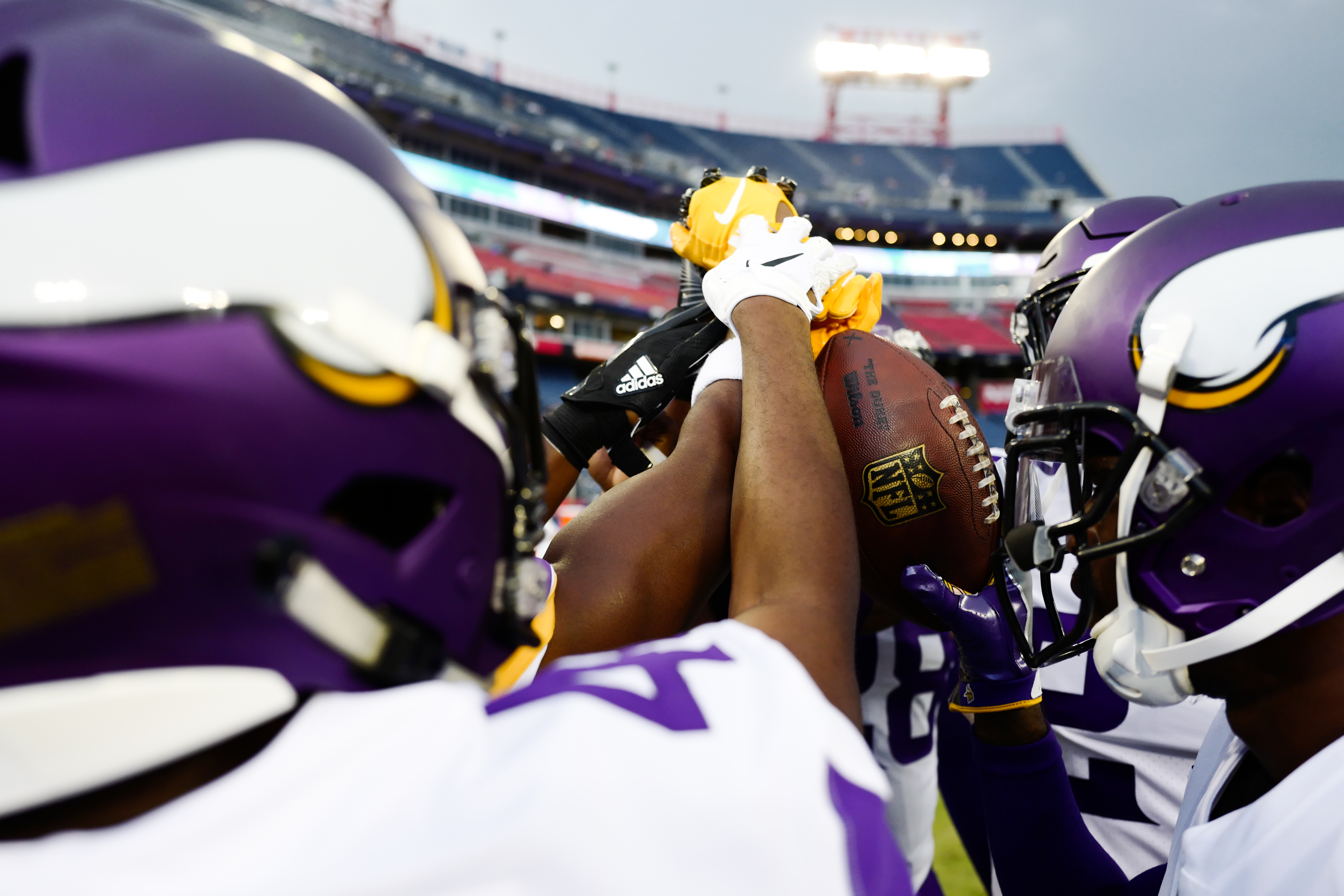