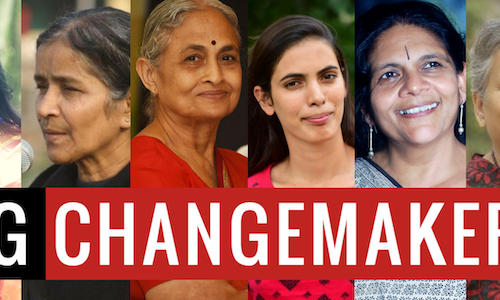 MG India (also known as Morris Garages) will unveil its first model in India next year. As a run up to the launch, the brand wanted to build its India story.

As one of the world's most celebrated car brands, Morris Garages is poised to extend its proud legacy to the Indian roads with a clear vision to build the 'next generation automotive company', while also empowering people & communities, creating experiences, innovating and ensuring diversity.

The idea was to drive brand advocacy by launching a campaign that can help establish the brand's larger purpose, value system & intent for the Indian market.

MG wanted to be positioned as a game changer for the Indian market & create marketing campaigns that reflect that very ethos - Classy, Game-changing, yet, Humane.

Morris Garages is newly entering the Indian market at a time when the industry is already flooded with many legacy brands in the category. Creating an aura of "India-love" and showcasing the brand's efforts in being a changemaker not only in its own category, but also for the country at large was of utmost importance for their communication needs.

MG Changemakers is a 6 part video series that addresses all the above mentioned needs.

We are a nation of a billion dreams. There are various social, personal & economic barriers that often come in the way of us achieving those dreams. But then there are those who are fighting all odds, shaping our future, making a difference in the lives of millions & driving India into the future. These are faces that go unrecognized, underappreciated and their stories are often untold.

These are individuals that truly represent all the values that MG India & The Better India stand for & believe in.

MG India partnered with The Better India to create a campaign that would help address their communication needs focused towards building their India Story & thereby driving brand advocacy.

To carry forward MG's diversity agenda, the first year of the campaign focused on women changemakers as a theme. The Better India identified 6 women from different corners of the country who are doing exemplary work in their communities & we conceptualized a web-series on real-life changemakers.

We brought in the brand category relevance with the tagline - Driving India Into The Future.

The Better India established a 3 member committee to shortlist the final 6 from a pool of top 30 protagonists suitable for the series:

The outcome was a shortlist of 6 protagonists coming from different corners of the country who are doing exemplary work in social impact, while representing the brand's ethos

These are individuals who are Empowering people & communities & driving Diversity - one of the key pillars of MG Motor's positioning.

The campaign was divided in two phases -

The Better India created a microsite for the campaign. This was unveiled with the first look poster. Following this, we launched the campaign teaser & used social media to create buzz about the campaign through photo posts, Insta stories & more.

Post this we setup a weekly launch schedule for every episode. Before the launch of the main video asset we shared a poster. The video was launched on TBI's Facebook & Youtube channels, the same was promoted through our homepage & the campaign microsite. The brand cross posted the videos.

After the release of the video we made a quote post, picking a powerful quote from the episode that would inspire the audience to watch the video. In the same week, a detailed feature article was created on the protagonist of that episode, embedding the video in it.

Weekends were dedicated to sending a newsletter to our community, informing them about the launch of the episode.

Chapter One from the MG Changemakers series, Transforming Lives With A Paintbrush ft. Kalki Subramaniam received over 1.1M views on Facebook, with over 3.7K Reactions and 500 Shares. On YouTube, it received over 3.1K Views.

All the entire campaign was very well appreciated, and positively received by the audience.