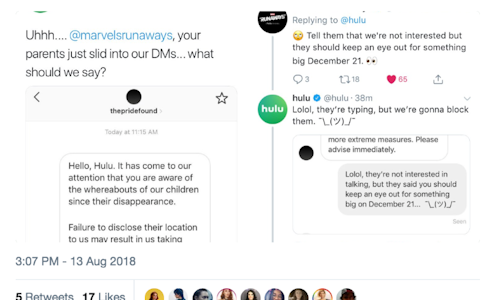 Hulu learned a lot about the Marvel's Runaways fandom after the show's premiere in 2017. They're passionate, quick-witted, woke, Marvel universe experts, Deanoru stans- and so much more. And they deserved to be part of an online fandom that understood, heard, and energized them.

The goal with season 2 was to engage our rabid fan base and get them excited about the show's return; more importantly, we wanted to speak to them in a way that would resonate and feel authentic, by emulating a Gen Z voice similar to that of the teenage Runaways characters in the show..

We pivoted our strategy in season 2 to steer away from tune-in and graphic design-oriented assets and to focus on what really resonated with fans. We also steered clear of overt marketing and tune-in language wherever possible, knowing that our audience does not like being pandered to. We took a deep dive into top performers and low performers to figure out what our audience liked; above all, content around ships, topical content (such as tapping into trending memes), and talent-driven assets worked well. We set off to bank content from our marketing shoots, set visits, press tours, and more.

Twitter is an of-the-moment and conversational platform, meaning that topical and timely content is key, as is a strong community management strategy. In terms of internal process, we didn't focus on heavy-lift custom creative or developing a long-lead rollout with posts scheduled in advance, and instead created a database of image and video content that could be pulled at any moment to engage with the community or release posts related to what the fandom was talking about that very day.

We planned to be there every moment with the audience- even if that meant staying up until midnight on launch evening to engage with fans who- yes, really- watched the entire season from midnight onwards, through to early the next morning.

Year-over-year, we increased our overall content response volume by over 500%, and established an average engagement rate that was well above industry standards for Twitter. We doubled-down on turnkey creative like text-only memes and unit photography of fan-favorite moments and ships; as a result, our text-only or low-fi meme posts outperformed all traditional marketing and tune-in assets by 25% or more.

Additionally, we received a wave of positive fan comments via DMs and public tweets, with fans expressing love for the "creativity" and engagement we doubled down on in season 2. To us, the biggest compliment and metric of success for the campaign was receiving upwards of 100 tweets over the course of the campaign window in which fans theorized that the account was run by interns or teenagers, meaning we successfully captured the spirit and tone of the show and established a strong rapport with our fans. 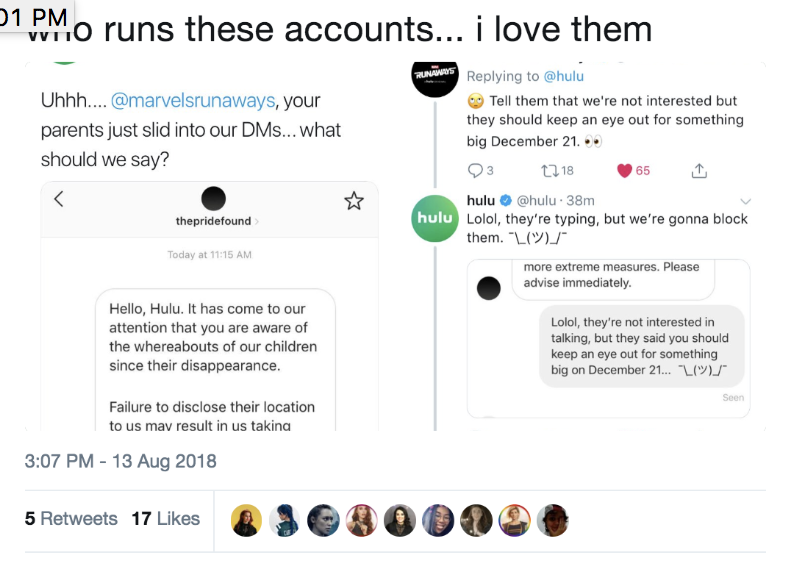 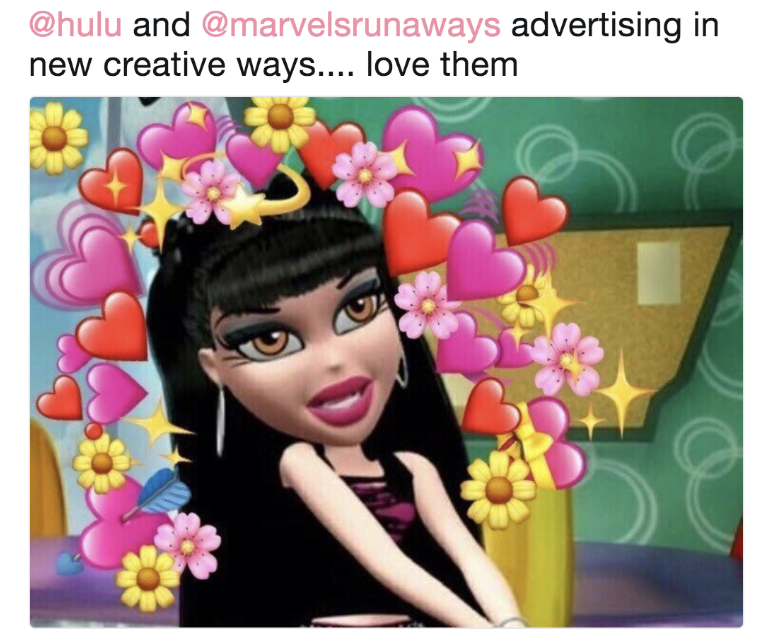