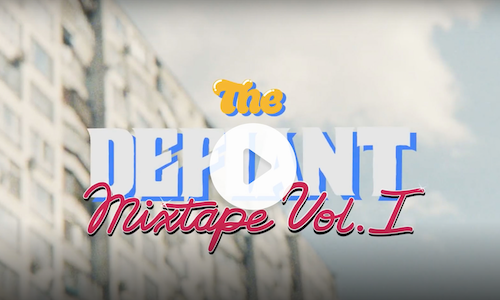 In 2014, Beats by Dre was banned from the FIFA World Cup because of a competitor's official sponsorship of the tournament. Never one to let officialdom dictate their strategy, Beats instead essentially hijacked the event with its memorable "The Game Before The Game" video campaign. In 2018, the brand looked to follow up one of its most successful videos ever with an equally ambitious effort, Made Defiant. Again, despite not being an official sponsor.

Success would depend on an outreach strategy that could leverage the reach of influencers and world-famous athletes to generate social buzz and promotion of its film, Made Defiant: The Mixtape. PMG's goal was to help Beats deliver a message that not only illustrated the brand's embrace of challenging the status quo but also reinforce Beats' unique standing among its competitors in terms of product, as well as global lifestyle brands in general.

PMG led the charge with a two-fold launch strategy: handpick premium partnerships to amplify the powerful Defiant Mixtape video across regional audiences to generate hype before the tournament and unite fans with the underdog, made defiant mantra while also seeding Beats' product with these influential, localized voices. The campaign was a multi-country effort that used localized talent and creative assets combined with the Defiant Mixtape being used to unite fans across the globe with one message.

Product integration was critical to the campaign's success. Local market media partners seamlessly integrated Beats' product into Facebook Live videos, YouTube content, Instagram posts, and player interviews before, during and after pivotal tournament moments. These influential voices strengthened Beats' brand positioning as key partners like XO and SoccerBible were able to intertwine Beats' advertising with their authentic tone of voice on social.

The motivating message from Defiant Mixtape aligned with the athletes defiantly wearing Beats headphones during the World Cup, sending a powerful message to football fans around the globe.

In the first 24 hours, Beats secured a high impact Twitter First View in all three EMEA target markets to support the campaign's launch and generate hype around the tournament which gave Beats an incredible 53% SOV over competitors.

The Defiant Mixtape video garnered over 24.8 million YouTube view, was the #1 ad in the UK as reported by CampaignLive and featured as a Top 5 Trending Videos on YouTube during Launch Week. Moreover, at the end of 2018, YouTube recognized the video as one its Ads of the Year. All told, the campaign captivated worldwide audiences and, in total, achieved over 1.8 million true engagements.

Video for Made Defiant