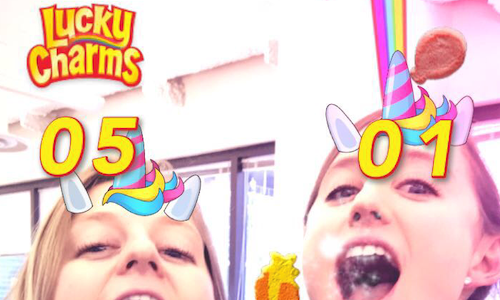 In a cluttered category drowning in innovation news, we needed something beyond the typical broadcast awareness approach to drive demand for this product. Rather than a dual (and expensive) strategy that targeted parents and kids in siloed media moments, we landed on a partner that brings parents and kids together in a fun space where they can bond: Snapchat.

While there was initially interest in leveraging the new-to-market Snappable game ad unit to allow Lucky Charms to be one of the first to have a gaming experience on Snapchat, we evaluated the tradeoffs of this higher cost one day takeover ad experience against the ability to have a holistic strategy and extend reach throughout the full campaign. In doing so, we figured out a way to hack the existing selfie lens experience to make it 'gamified' where the dual face lens became a co-player augmented reality gaming experience and was in market for the duration of the campaign.

Working closely with Snapchat to develop the concept, users were made to look like Unicorns while competing in a marshmallow game toss with Lucky the Leprechaun playing referee. Since this was a Reach & Frequency Lens, Lucky Charms was able to extend the flight of the co-appreciation Lens over 8 weeks (as opposed to what would have been a one-day heavy up National Lens). This fun and unique ad placement's strong branding presence reminded parents and kid co-players that Lucky Charms has a new unicorn marshmallow.

Additionally, savvy negotiations with our limited budget allowed for the implementation of a holistic approach where multiple Snapchat placements could be stacked including foundational awareness-driving Snap Ads, and Audience Filters that showcased the color-changing magic of the unicorn marshmallow. This was important in hitting our business KPI's as historical stacking of placements on other General Mills campaigns had led to stronger performance in awareness, resonance and sales.

The Lens and Filter drove strong engagement amongst the target as 6% of users shared the Gamified Selfie Lens – 3 times the share rate benchmark of 2%. Additionally, 1 in every 3 Snapchatters who shared the Lens or Filter saved it to their memories, providing an evergreen effect in the Snapchatter's camera roll for Lucky Charms. Average play time of the Lens exceeded benchmarks by over 200%, achieving the goal of co-appreciation on Snapchat (~25 secs vs ~10 secs).

From a sales perspective, this campaign was measured with a Nielsen Catalina Sales study that showcased a 3.4% sales lift, with 51% of sales generated from new or lapsed buyers.

All in all, this holistic stacked placement strategy on Snapchat drove strong reach, resonance and reaction in a fun and magical way! 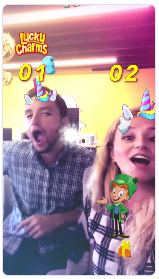 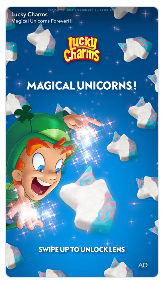 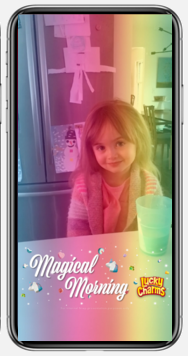 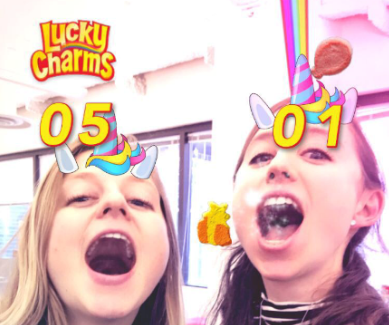 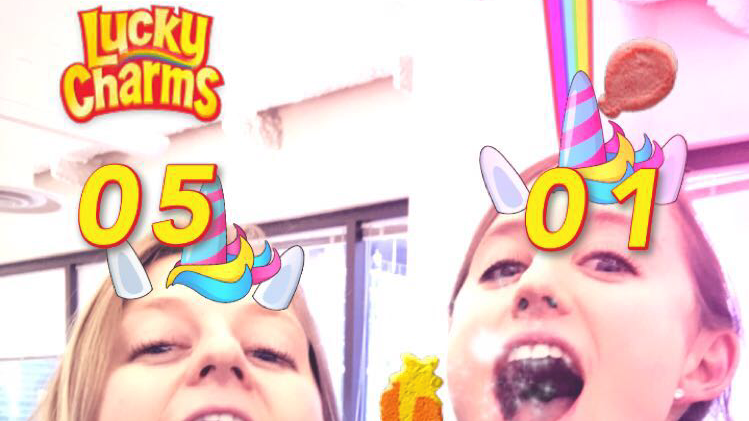