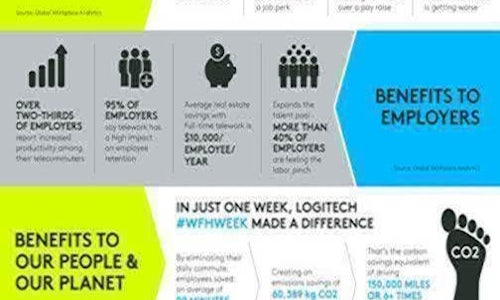 It's not an 'official' U.S. holiday, but Logitech put a stake in the ground in 2017 with its first annual National Work from Home Week (#WFHWeek). In 2018, Logitech celebrated #WFHWeek for the second year in a row.

Both last year and this year, Logitech chose the second Wednesday in October as its global WFH Day and encouraged its 3,500 team members and partner companies worldwide to work from home that day. The program's goals are outlined below:

Logitech CEO Bracken Darrell is a big proponent of WFH, with the belief that, in many cases, it doesn't matter where you work; it matters how you work. Ahead of Logitech's first annual #WFHWeek celebration in 2017, Darrell published an open letter that detailed Logitech's involvement in the initiative and invited other companies to join in. Scott Wharton, VP and general manager of Logitech Video Collaboration, also shared a list of tips for making WFH successful while Kirsty Russell, head of people and culture, contributed to HR Magazine on the benefits of employee flexibility.

The resulting feedback from global colleagues and partner companies was extremely positive and environmental benefits were notable. In 2017, #WFHWeek participants saved more than 60,000 kg of CO2 by working from home. That's the equivalent of nearly 150,000 miles driven in a standard car - and it equals approximately six times the circumference of Earth. What's more, Logitech employees saved an average of 90 minutes per day by skipping their daily commute. And thanks to video conferencing and other collaboration tools, it was business as usual all week.

Logitech celebrated its second annual #WFHWeek in 2018 to continue to spread awareness of these benefits of working from home. Logitech delivered another useful, inspiring and fun campaign that incorporated PR, social, digital marketing, influencer and internal communications elements. 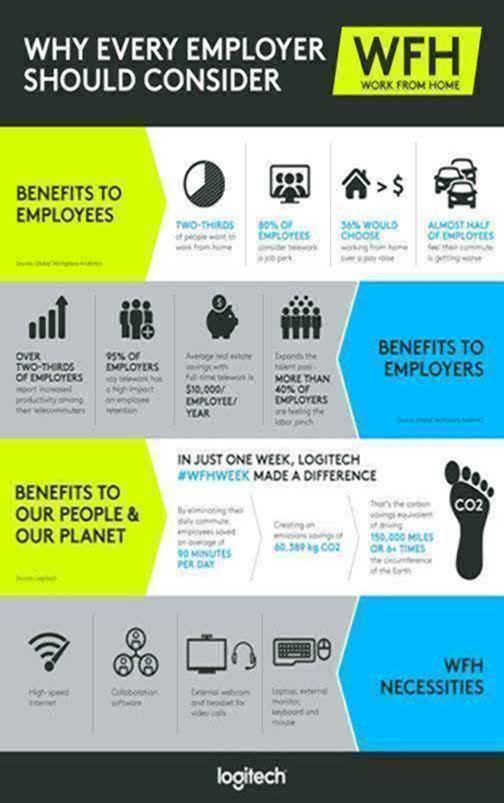