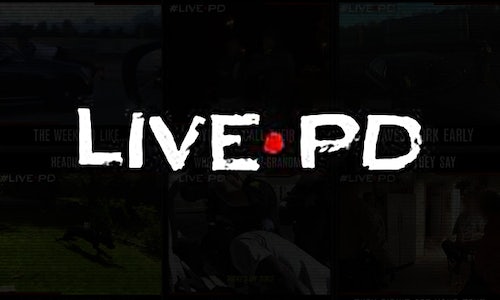 We were engaged specifically to generate content that would keep conversations going on their social channels on the days the show wasn't on-air.

We knew going in that we had a very large and rabid fan base that loved to discuss the show. That made our goals simple. We wanted to provide the fans with content that would entertain and inform with the primary objective being to either entice them to join in on the conversation on our channels or inspire them to share a piece of content, taking the conversation to their own channels.

Our strategy was to create recognizable content segments that we could post on a regular basis so the social channels became an active and familiar supplement to the show. We knew the fans loved to watch clips of the show, so we offered up one series that converted bite sized bits of the previous weeks' shows into memes. These worked to highlight the often outrageous moments on the show and reframe them so they became something people wanted to share to friends who weren't necessarily already fans of the show thus brining in new viewers.

Since Live PD is about law enforcement, we created segments of content that explained real procedures, laws or FAQs people had. Conversely, in a segment that was devised purely to drive conversation (and amusement) we drew attention to some of the weirdest laws on the books across the country (we discovered that there are a lot of them, take for example a law on the books in Ohio making it illegal to get a fish drunk).
Recognizing that fans loved to talk about the show with other fans we regularly generated simple question prompts to get people talking on a specific topic as well as "superfan" quizes to allow people to show how much they knew about the show to other viewers. Both also worked as another framework we could use to highlight show footage.
Another thing we noticed the fans liked to do was make fun of the ridiculous things people said on the show. Thus the "Things you probably shouldn't say to a cop" segment was born. Many of these were actually inspired by things that happened on the show (like a man who denied knowing there was weed in his pocket because, to quote, "these aren't my pants"). Because if we learned one thing from watching Live PD, it would be that people say the "darnedest things" when they are talking to the police.
Lastly, there were weeks where the show had to go on break, much to the chagrin of the viewing public. On these weeks we offered up #TBT clips to keep the fans entertained and highlight some of the more unusual or popular moments from past shows (like the day a suspect trying to escape on foot was chased by a herd of cows). 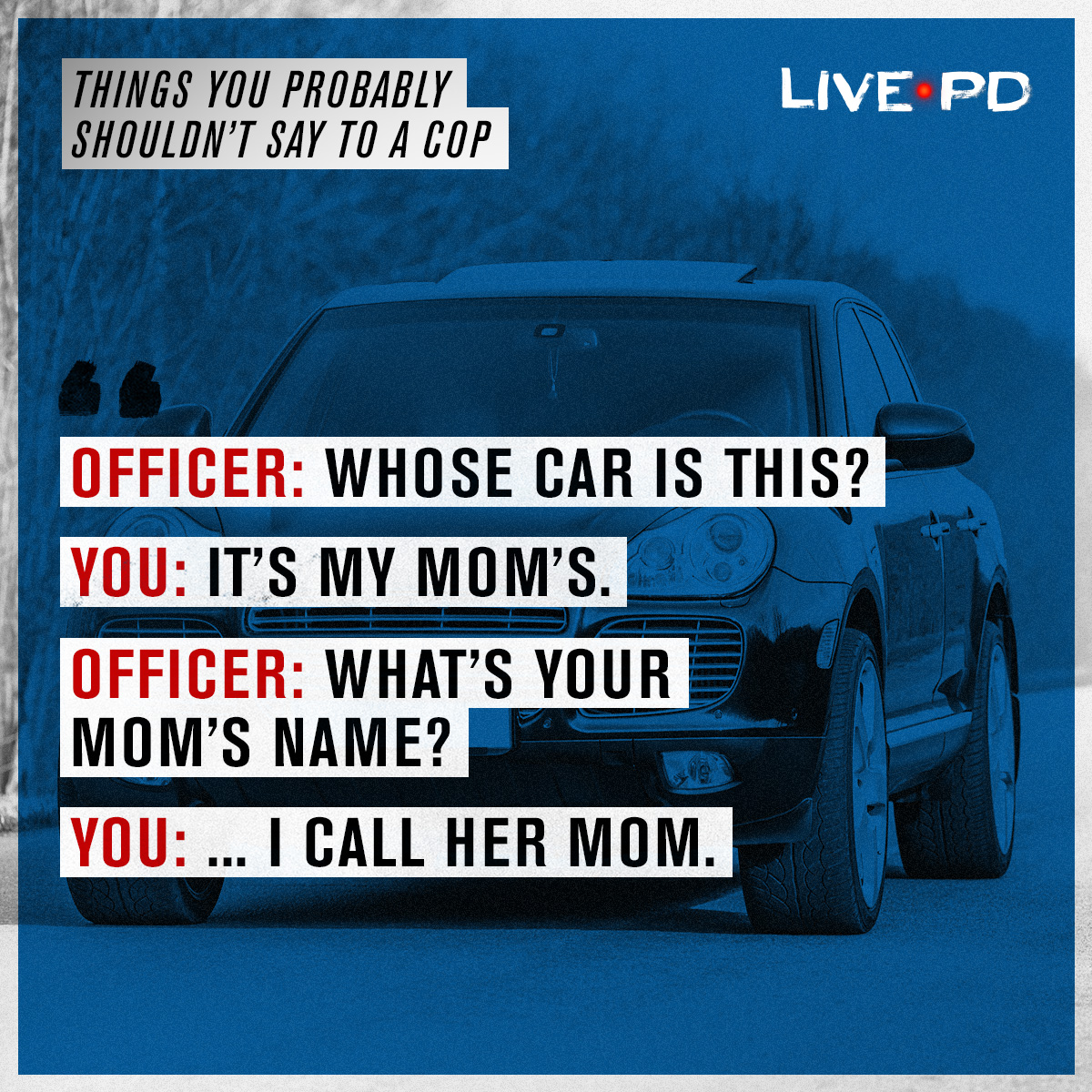 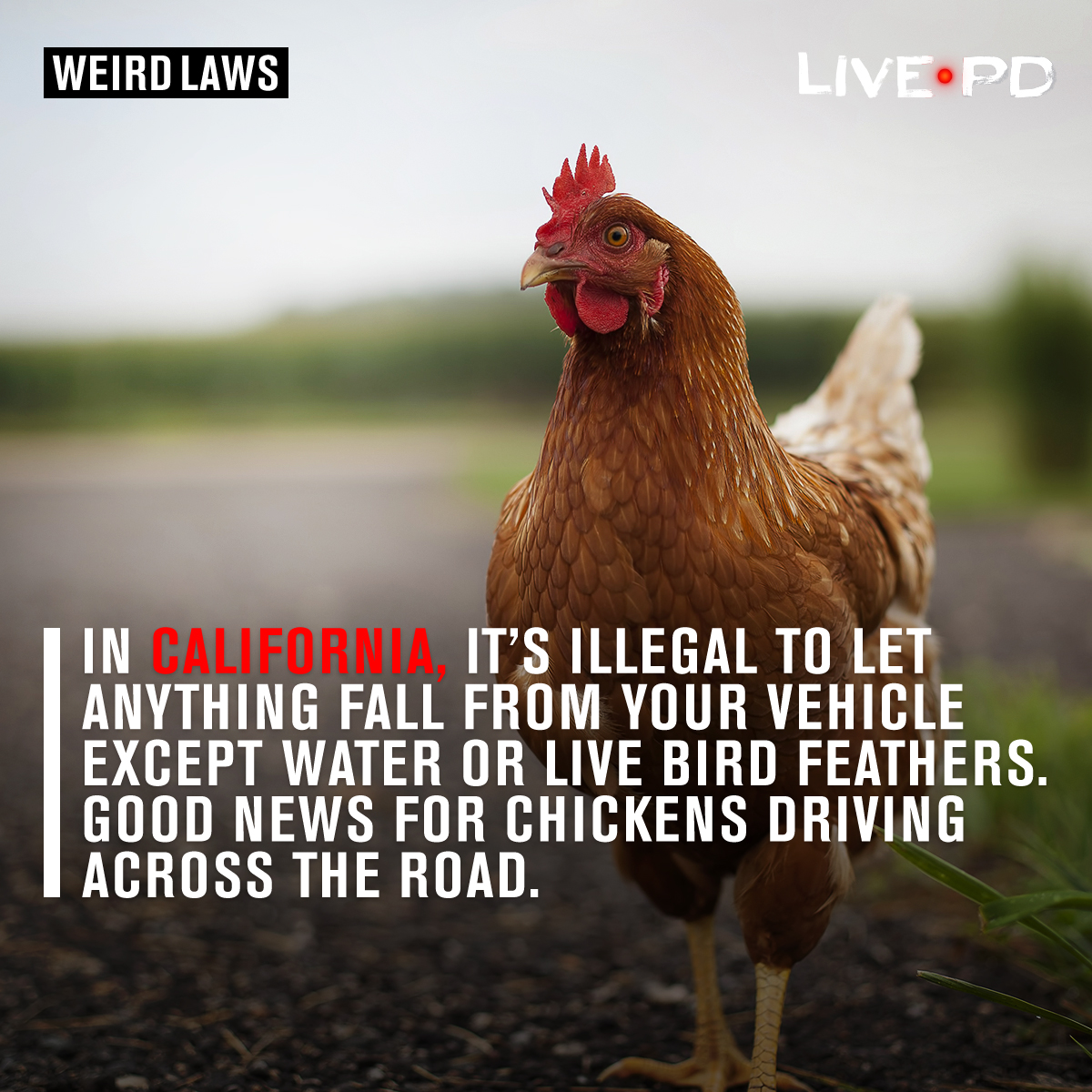 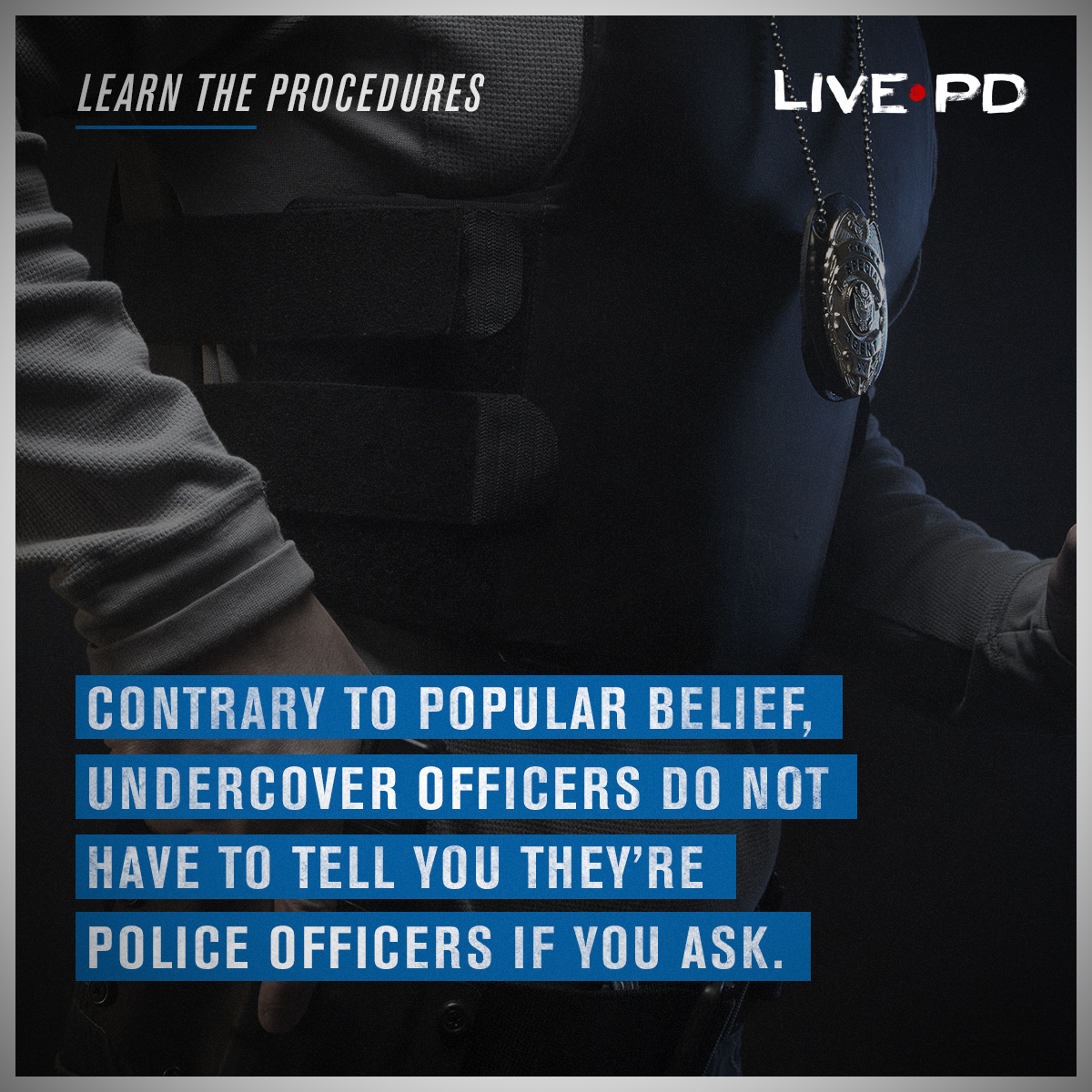 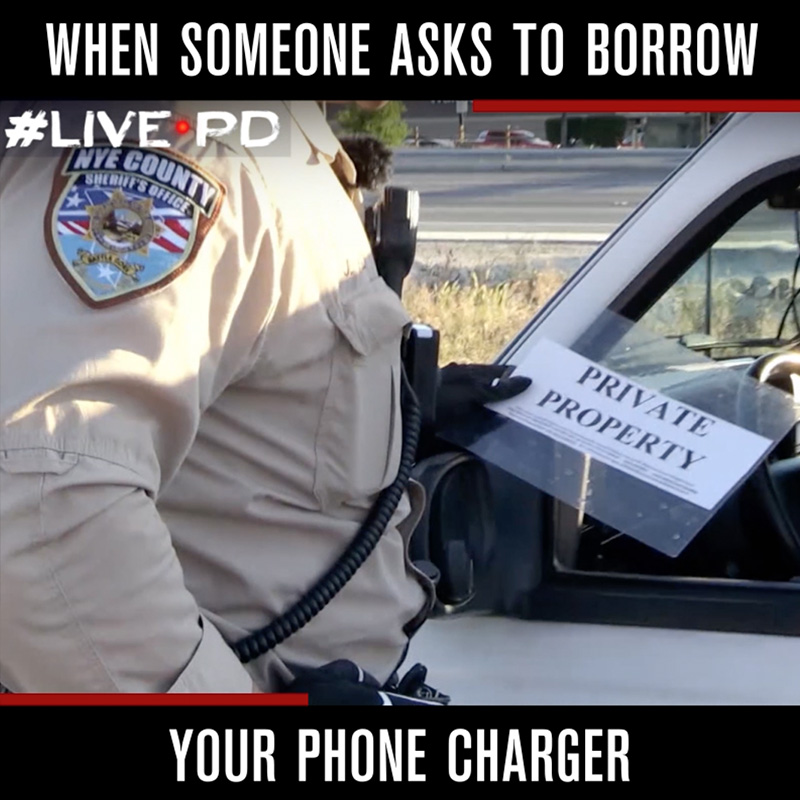 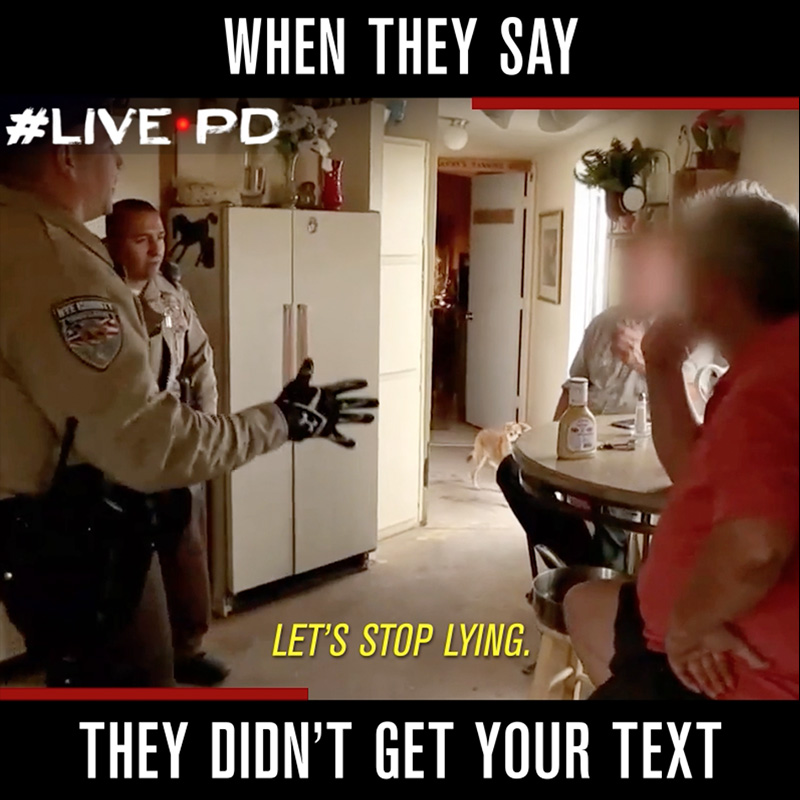 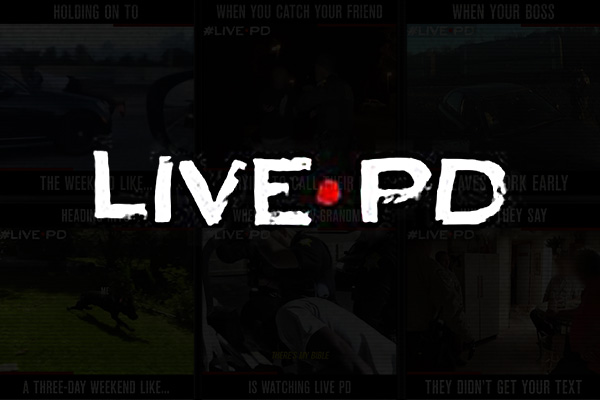 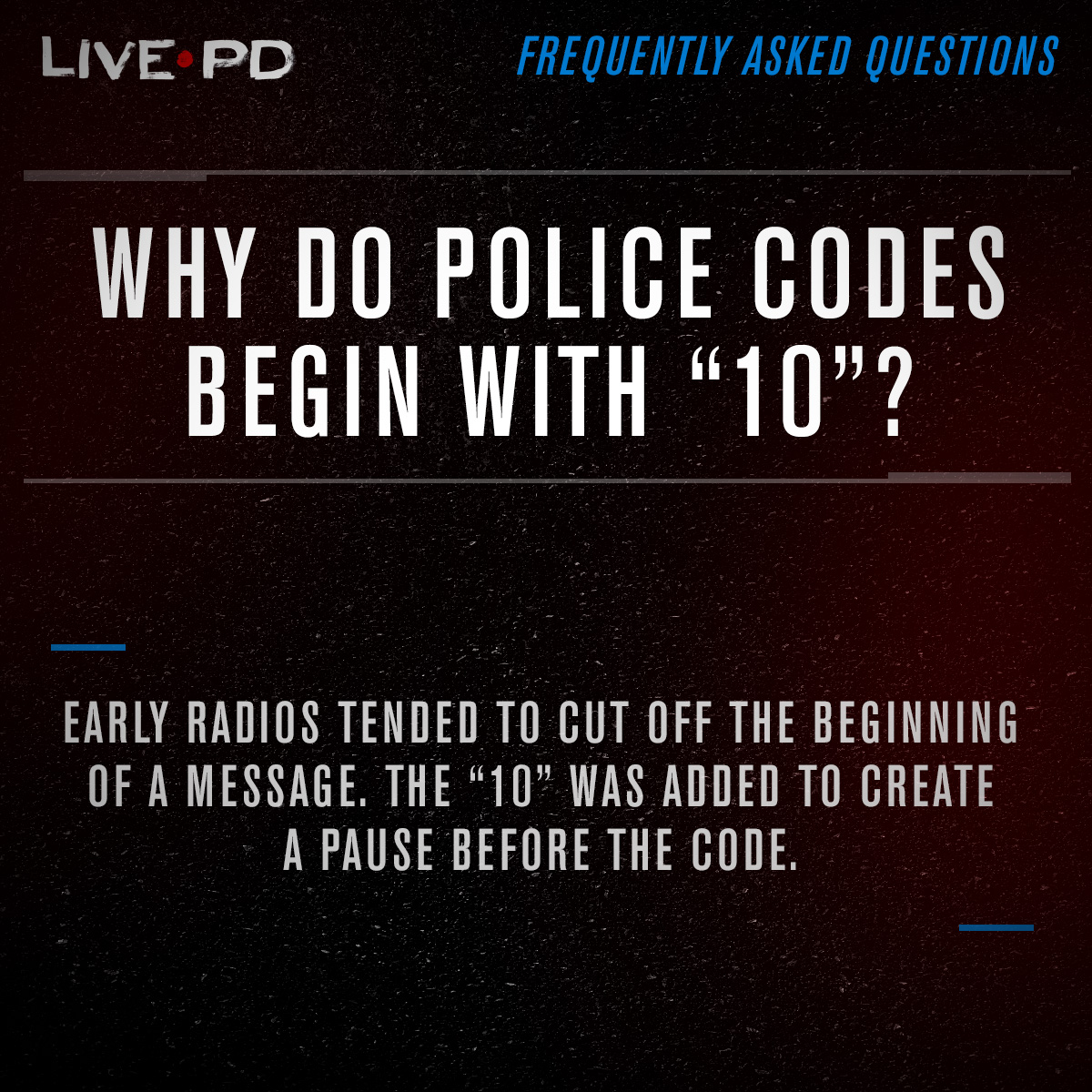