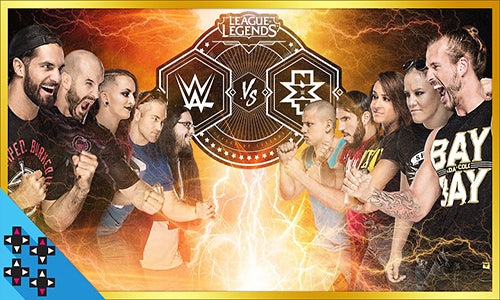 WWE and Riot Games focused on taking two of the top League of Legends professional players on the planet (Tyler1 & IMAQTPIE) and had them assemble a team of WWE and NXT male and female Superstars. The League of Legends Pros would train, coach and play alongside their new WWE Superstar teammates.

The drama unfolded over the course of 5 episodes of training, gaming and trash-talking on WWE's award-winning video game YouTube channel, UpUpDownDown. The showdown between Team NXT and Team WWE culminated in an e-Sports event on November 16th at Riot Games' NALCS arena in Los Angeles, Calif. The event was live-streamed on UpUpDownDown and Team NXT, led by streamer Tyler1, were crowned champions.

WWE and Riot produced multiple pieces of content, including a trailer that aired at TwitchCon and on WWE's YouTube channel, a 6-episode series on UpUpDownDown (featuring full custom, integrated sponsored content), a highlight package from the final showdown that aired during the NXT TakeOver pay-per-view event, and social posts from WWE & NXT Superstars promoting their involvement.

WWE and Riot Games exceeded expectations by delivering 49% over their projected goals. League of Legends content on UpUpDownDown collectively garnered 2,465,732 views across seven videos. The campaign organically produced two added value pieces of content that included a behind-the-scenes video and a video of WWE Superstar Cesaro playing League of Legends backstage at SmackDown, which added 130,901 views. Across WWE, NXT and UpUpDownDown social channels, the campaign had a total of 10,249,074 impressions. The media plan placement recap included a 7-day linear plus VOD viewership of NXT TakeOver, totaling 23.8MM impressions as well as 1.3MM impressions across (6 total) NXT-sponsored episodes. 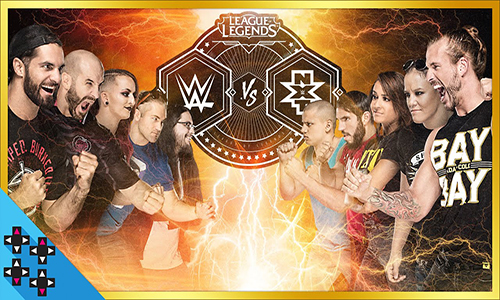