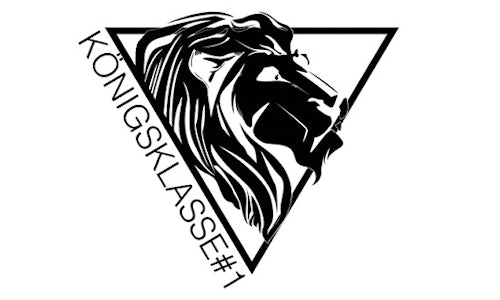 KÖNIGSKLASSE#1 - The thought leaders from Germany & beyond

- with its CEO Martin Grosse being a business influencer having more than 29,000 LinkedIn followers

- with promoting true thought leadership, generating leads and traffic for all customers included, and increasing customer engagement on LinkedIn (as well as B2B on Facebook and Twitter):

After having won the officially highest LinkedIn title TOP Social Seller Munich by LinkedIn EMEA in 2017 - as "Thought Leader" -, Martin wanted to make use of his attention on LinkedIn by being a top seller and thus have his own premium product portraying the German C-Suite in a new way with video.

Also, by this Martin had made use of the opportunity showcasing to everybody within currently final 16 videos a range of who exactly is in his broad B2B LinkedIn followership (at the same time, they themselves also are included in the audience of KÖNIGSKLASSE#1) - and that these top decision makers are super cool, fun, human and authentic. These currently 16 B2B video portrays should end up as a real series to drive greatest impact by sharing them one after the other regularly on social media throughout several months' time.

By travelling through Germany with a camera team from April to September 2017, CEO Martin Grosse was able to produce 16 B2B videos, including interviews with the CEO of Germany's Federal Association for Digitization bitkom, the CEO of DriveNow, the CEO of ITALDESIGN GIUGIARO, the CEO of AKOM360 (former MD of LinkedIn Germany-Switzerland-Austria), the Co-Founder of OMR (Online Marketing Rockstars - Europe's greatest online marketing event with 40,000 visitors in Hamburg), Head of Marketing at MERLIN ENTERTAINMENTS, the CMO of NQYER MEDIA (Weischer Media), the CEO of FERRYHOUSE Productions, the Senior Advisor of SERVICEPLAN Group, the Social Selling Lead of MICROSOFT GERMANY, the founders and managing partners of agency KARL ANDERS, the CEO of PIABO PR (PR agency of LinkedIn/ Facebook in Germany), the founders of VIDEOREALITY or the President of Club55 (European Community of Experts in Marketing & Sales) and GOOGLE USA's Chief Brand Evangelist, to name a few.

Thought leaders from SMBs, greater corporations or associations appear in KÖNIGSKLASSE#1 branded video interviews, and this across all industries from Automotive, Tech, Creative / Advertising or Music and Events.

Brand featurings include: ITALDESIGN uploaded their video on their official corporate homepage, whilst BITKOM tweeted to their corporate 70,000 B2B followers about Martin Grosse and KÖNIGSKLASSE#1.

Testimonials to be found on: www.koenigsklassenummereins.de/testimonials

Sites used on all social media: LinkedIn, Facebook, Instagram, Twitter (throughout all networks and of almost all filmed C-Suite, too) - even Snapchat's #1 influencer Ginicanbreathe did a shout-out.

Main Strategy was a well-planned and executed broadcasting all 16 videos one by one weekly to manifest the idea of a revolution in corporate video production and distribution on social media and especially LinkedIn: from October 2017 to February 2018 and beyond.

Supporting the German C-Suite with building their personal brands on LinkedIn, and positioning them on social media in a very creative and unique way led to even stronger premium branding, more visibility, fun, authenticity, and premium engagement with their B2B followers: fellow employees, friends, partners, investors. Simultaneously, KÖNIGSKLASSE#1 improved the C-Suite's companies' social employer branding and recruiting on LinkedIn as students and the Gen Z from Germany are fans of KÖNIGSKLASSE#1 videos.

Video for KÖNIGSKLASSE#1 - The thought leaders from Germany & beyond 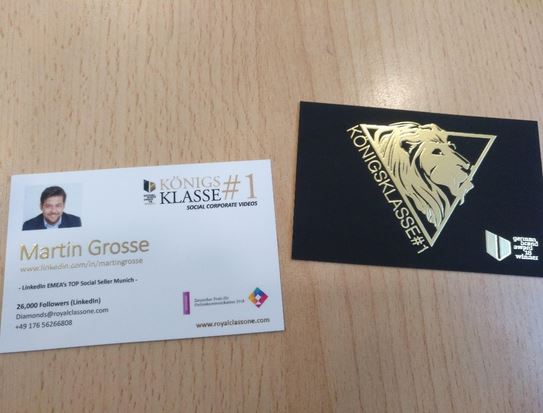 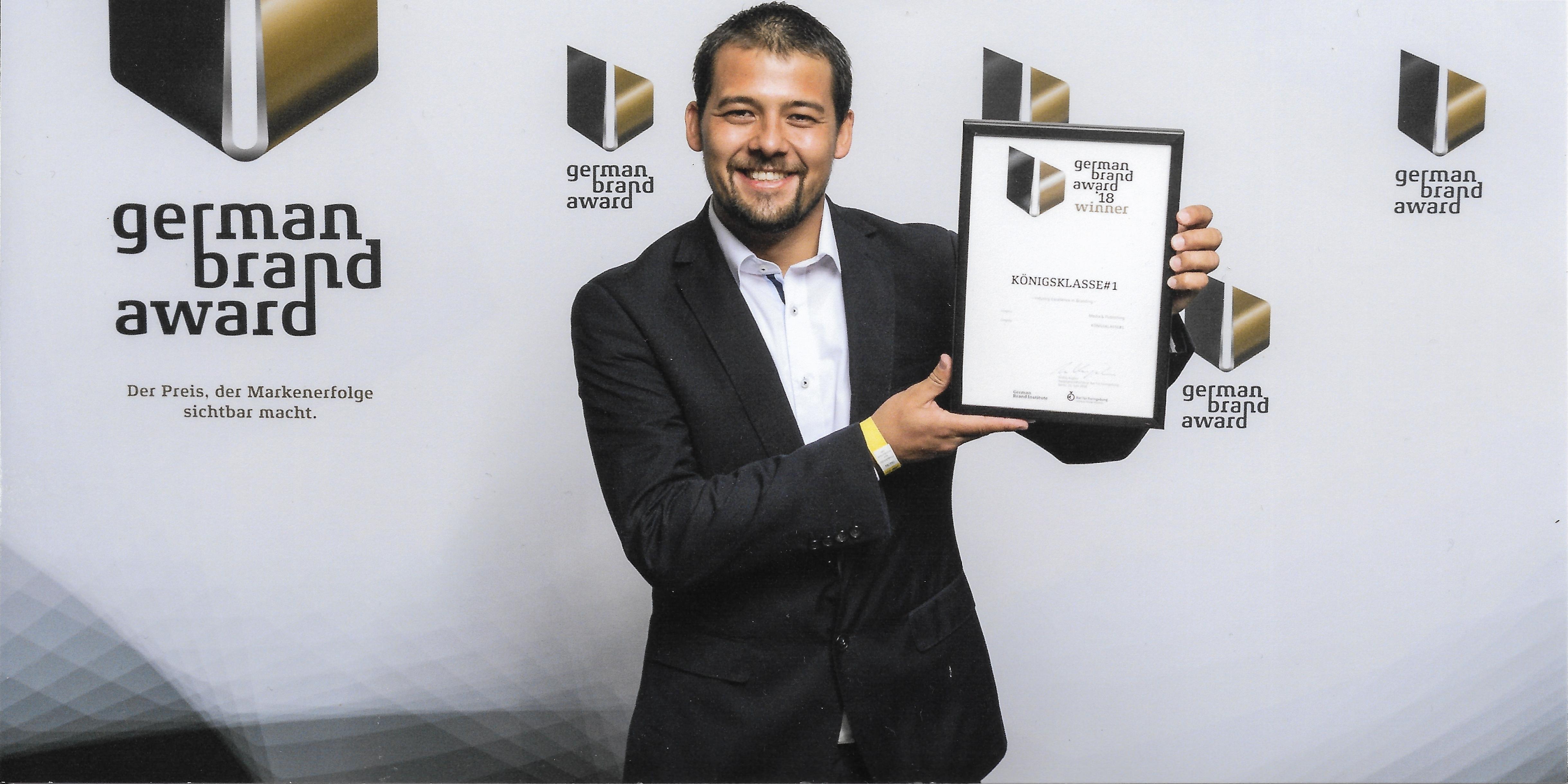 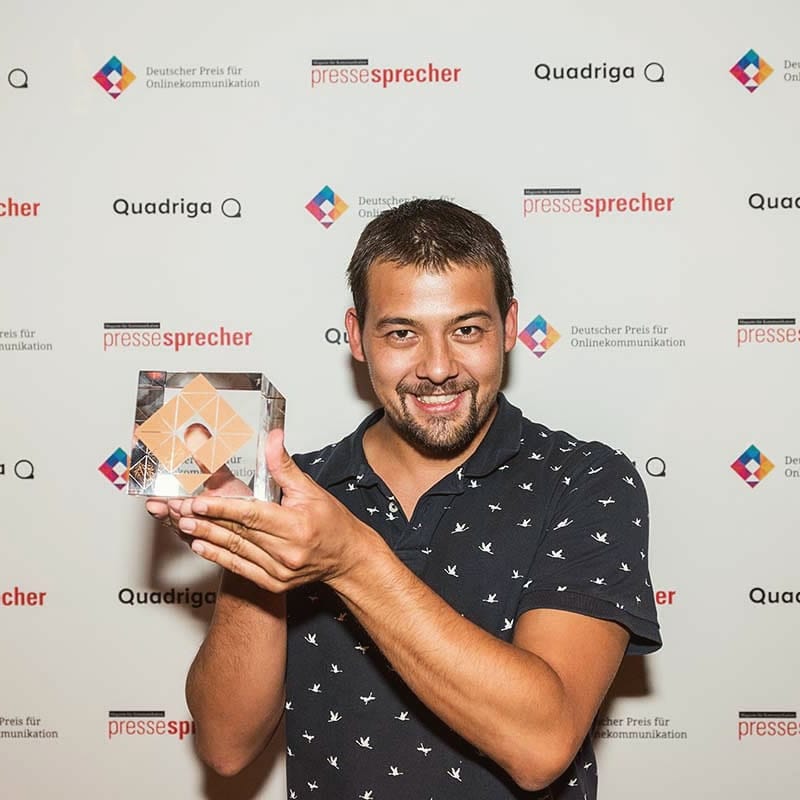 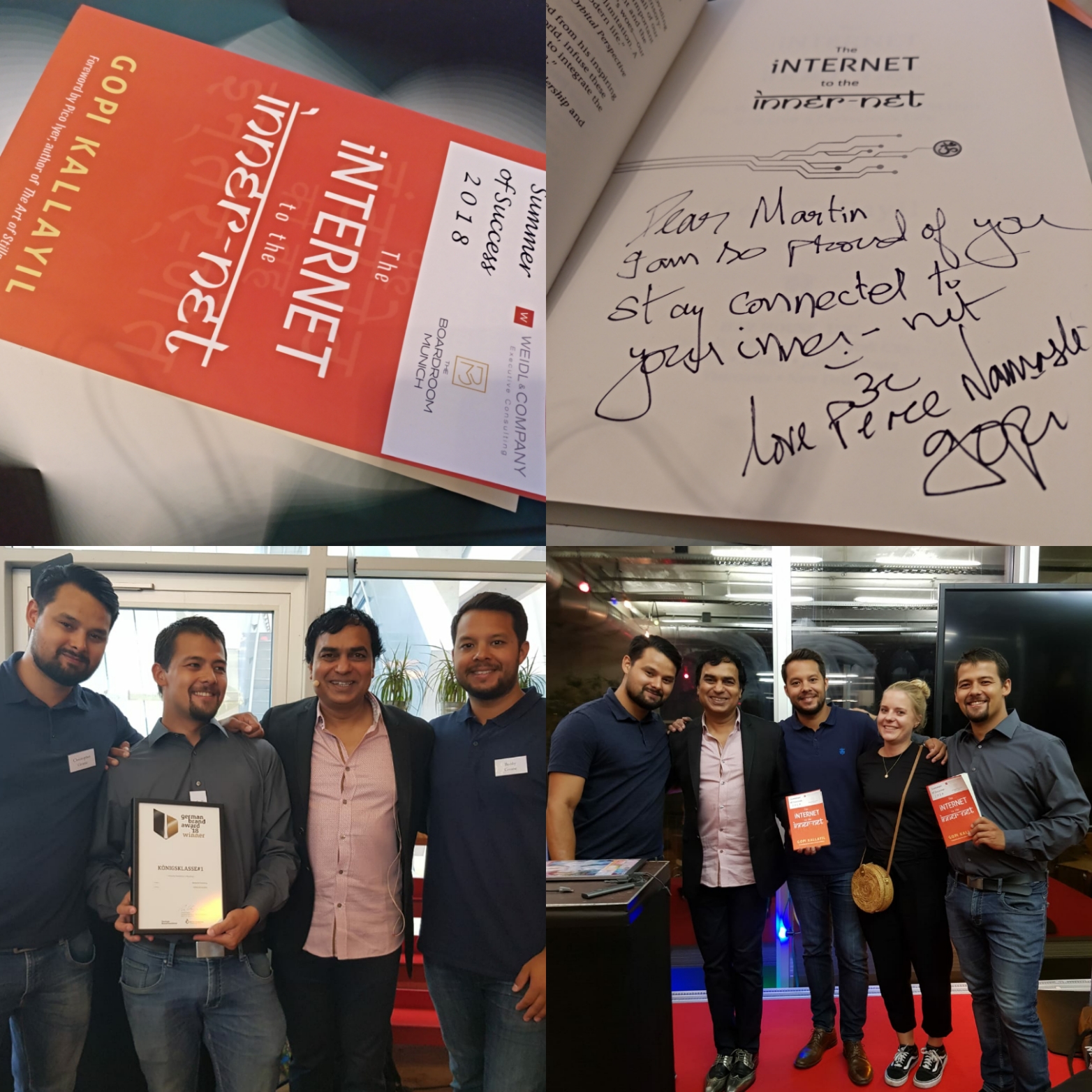 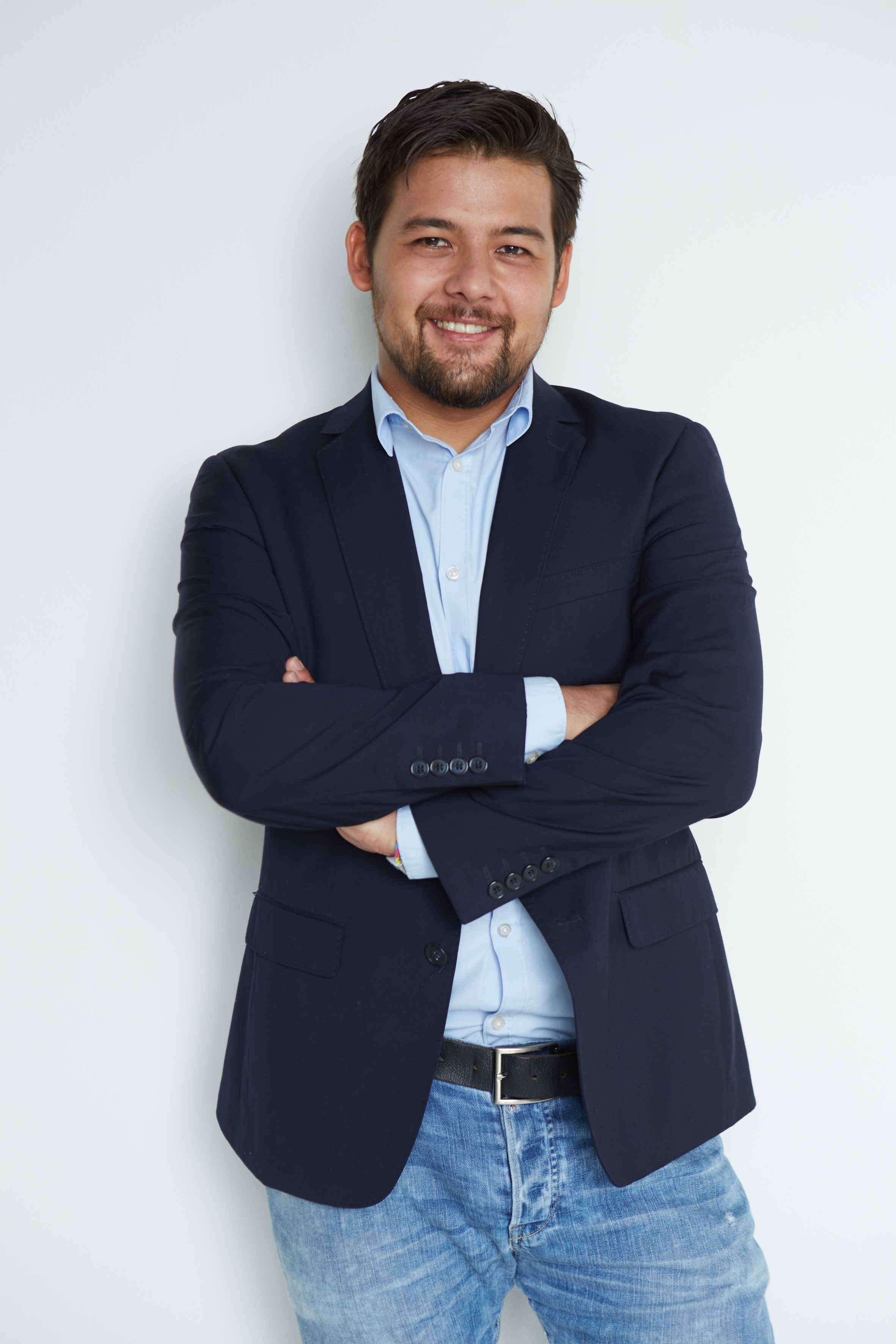 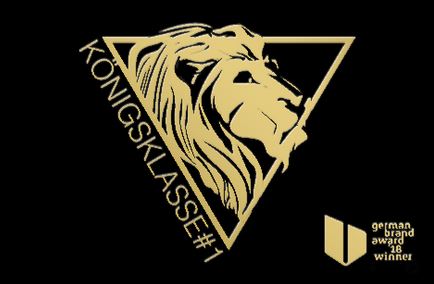 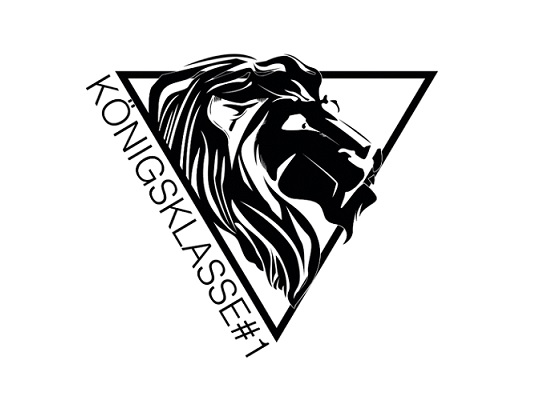 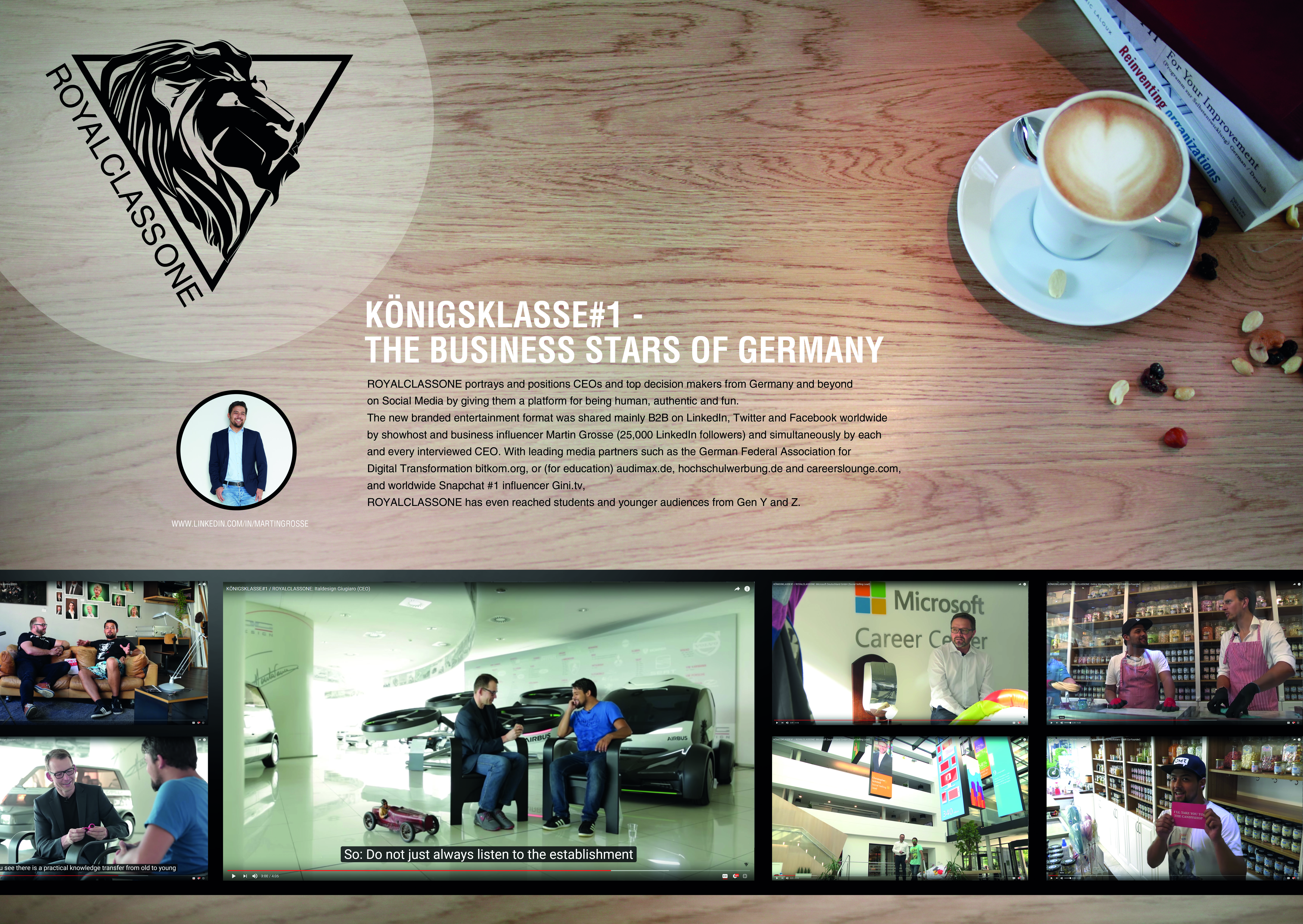