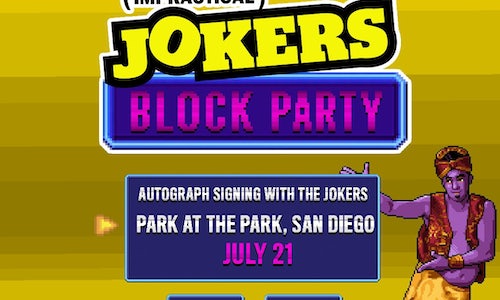 The Impractical Jokers are the stars of our longest running series, a monster hit throughout its run, #1 on our network and the #1 cable series in its timeslot for 18-34 and 18-49 demographics. They've amassed a loyal and passionate following online, with more than 4.4 million fans across social platforms and more than 6 million online video views per week.

These four lifelong buddies from Staten Island who grew up busting each other's chops for free and now get paid to do so on their own TV show! They make each other laugh and they make their fans laugh.

The Impractical Jokers returned to Comic Con with a Supersized Block Party at Petco Park in the Gaslamp District. truTV, and the Jokers treated 12,000 fans of the long-running series to a day-long party steps from the San Diego Convention Center. The Block Party offered games and fan challenges, preview play of the new Jokers App, a live stream web show, and exclusive preview of a new episode -- all created to drive PR, fan engagement, sponsor activation, and viewer enthusiasm as these touch points reached millions of Jokers fans via social media.

Fans at the event also were first to experience the new Impractical Jokers: Wheel of Doom mobile game, introduced during the event. Block party guests who leveled up and posted high scores added their names to the digital leaderboard throughout the day, with the top performers winning Jokers prizes.

Joe, Murr, Q, and Sal signed autographs from 4:30PM-6PM. The day was headlined at 7:15PM with a live webstream presentation of Impractically Speaking: The Jokers' Live Web Show hosted by Carey Jost. Shortly after, at 8PM, fans enjoyed an exclusive screening of the mid-season premiere of the Impractical Jokers, ahead of its August 2nd TV debut.

The four week social promotion through earned/owned channels unlocked massive Social achievements! Joining the Block Party were 12k attendees, with content and promotion reaching 15M social Impressions, creating 200K Engagements, and 114K live Facebook Watch web views. And most importantly, time spent watching linear TV leapt 17%, which may sound like an old media brag, but trust us, it's no easy feat for a network to show big lift against a quarterly average. 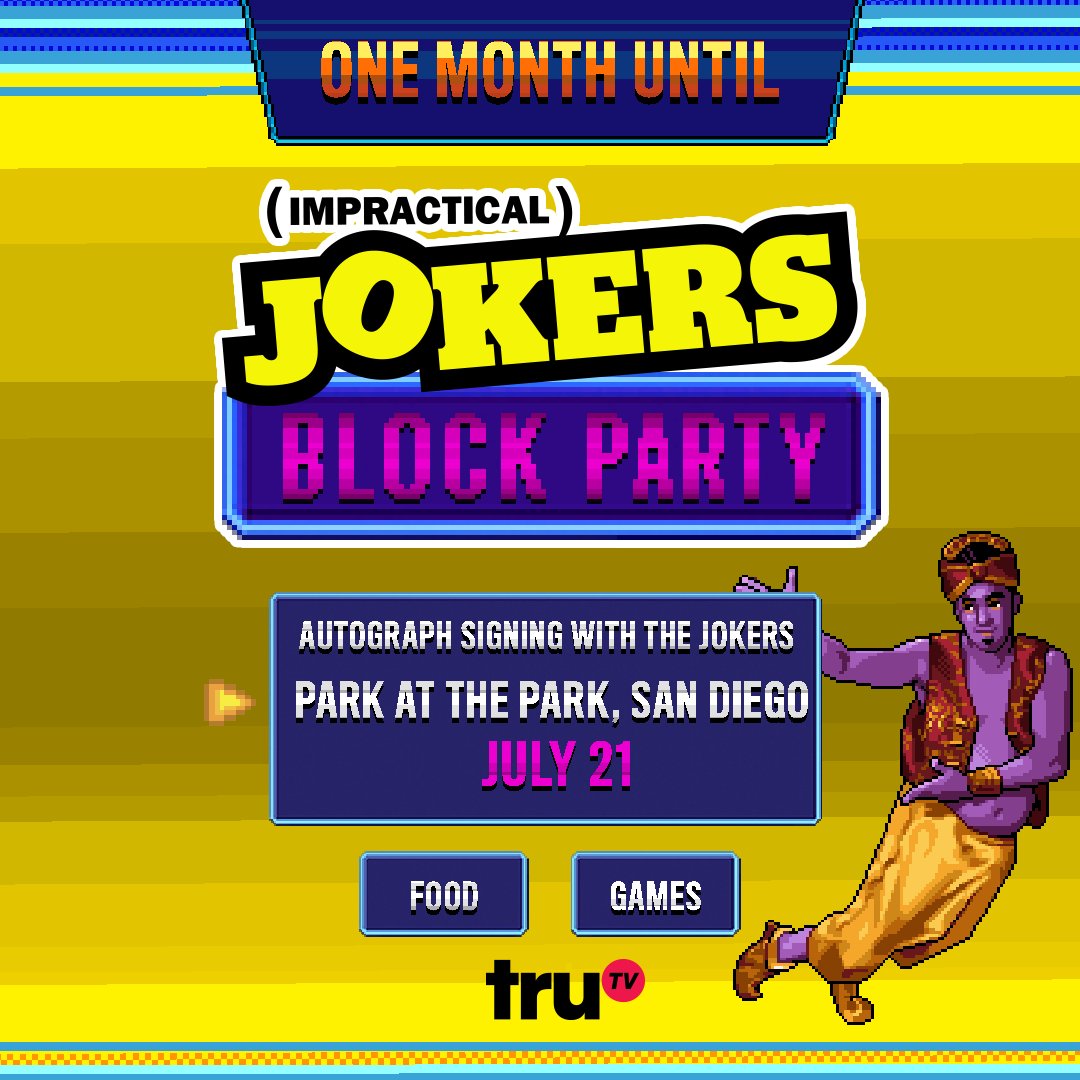