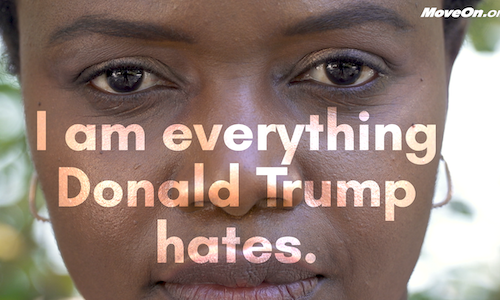 I am Everything Trump Hates

As a gay, Black woman living in Trump's America, Karine Jean-Pierre has a powerful personal story that provides the inspiration so many people need to keep fighting for justice in the face of resurging hatred and bigotry. We chose to feature Karine's story because her resilience, power, and ability to generate hope amid despair provide a path forward for millions of Americans struggling to find a way forward in these challenging times.

While Karine has been a beloved spokesperson for the progressive movement on TV and at rallies around the country for years, we sought to raise Karine's profile among digital-first audiences as part of MoveOn's 20-year history of blending offline and online political organizing. While Karine is on TV several days a week, this online video allowed us to tell her compelling personal story in a more intimate way, going beyond the limitations of fast-paced television news segments. This piece tells Karine's "Story of Self," MoveOn's "Story of Us," and the country's "Story of Now"—three staples of political organizing pioneered by Marshall Ganz and others.

MoveOn produced a short video featuring Karine that explored her unique personal journey. Through interviews and personal pictures, the project followed Karine's path from being the daughter of Haitian immigrants in New York to her time working in the White House to her current role as spokesperson and chief public affairs officer for MoveOn. MoveOn condensed her story into a powerful two-minute portrait optimized for social media, with a strong lead, dynamic editing, and subtitles. The piece amplifies Karine's voice and MoveOn's values, and it shines a light on the experience of frontline communities most impacted by President Trump and the Republican policy agenda. The resulting video was released onto MoveOn's social media platforms on January 12, 2018, in a response to President Trump's calling Haiti and African nations "s***hole countries."

"I Am Everything that Trump Hates" was a breakout success on MoveOn's social media platforms. It gained over 1.2 million views, 10,000 shares, 46,000 reactions, and 3,700 comments. The video was one of MoveOn's most-watched original videos in 2018, and it continues to be relevant and gather engagements. It has also served as a launching point for a series of videos featuring Karine which highlight many of the themes found in this video.

Video for I am Everything Trump Hates 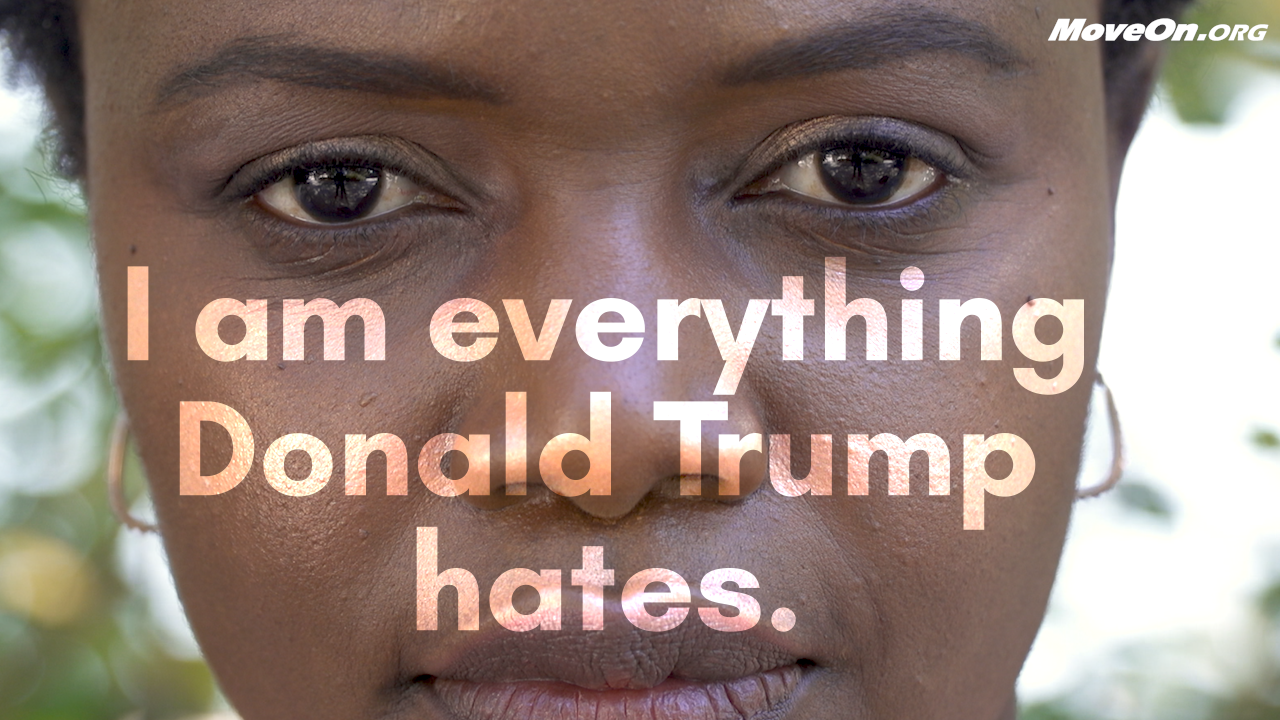