When HERO7 Black launched in September, we challenged the GoPro Community to help us create the most epic highlight reel ever, and in exchange, we offered $1 million to be shared equally amongst the featured content creators. The only rules were: footage needed to be shot on HERO7 Black, and it had to submitted raw by Dec. 9 at 11:59 PM PT.

"Previously, our product highlight videos were shot by our in-house media team—expert creators with the know-how to get the perfect shot," explained GoPro founder and CEO Nick Woodman. "Now that HERO7 Black makes it easy for anyone to capture professional-looking shots during their favorite activities, we decided to challenge our customers to shoot this year's highlight video and pay them for it. We're glad we did—they absolutely nailed it."

The challenge's submissions made our teams laugh, cry, cringe, cheer and celebrate and left us in awe of the talent of our community resulting in the Million Dollar Challenge (MDC) video.

Creators included some you might anticipate: filmmakers, photographers and professional adventure-seekers. But there were many more interesting people you might not expect: from a grocery-store clerk, a grounds keeper, a dentist, a lawyer and a flight attendant to students, lifeguards and entrepreneurs; and even a Sophrologist, which we learned is a person who practices Sophrology, a self-development technique that uses mental and physical exercises to achieve an alert mind in a relaxed body.

The Million Dollar Challenge user-generated vibes don't stop there. Even the music was produce by a GoPro Community member and composer. B. Lewis created the track, "Daises," specifically for the MDC video, which the team said was crucial to fine-tuning the feel, tone and the story arch of the video.

To promote the challenge, we encouraged GoPro users to share their HERO7 Black clips on social using the hashtag #GoProMillionDollarChallenge. From there, our team of community managers scoured the 'gram to find the best clips, commented from @GoPro and prompted them to submit to gopro.com/awards.

Each week leading up to the impending deadline, GoPro's owned channels [KP1] highlighted our favorite submissions in an effort to inspire the community to keep submitting. We wanted them to know how consistently amazing submissions were, and that we were eager to see more!

The final MDC video was revealed across all of GoPro's owned social channels, with premiere countdowns on YouTube and Facebook, and a special sizzle on Instagram and Twitter that featured every single clip from the 2 minute video in just 60 seconds. It was translated into 12+ languages and distributed on our international social handles. And on the global GoPro Instagram, we "added to story" the moment of celebration when the featured creators watched the video for the first time, revealing that they'd made it into the HERO7 Black highlight reel and would be receiving an official GoPro Award.

Following the premiere, we have continued to highlight the UGC submissions in featurettes and have seen our recipients share the stoke by sharing stories of their road to the MDC across personal social channels. In an ongoing effort, GoPro has also invited MDC recipients to speak on GoPro-hosted panels, sharing the most authentic story of the journey to the MDC and unfiltered admiration for the HERO7 Black.

We saw more than 25,000 submissions come in from around the world, culminating in a 100% user-generated Million Dollar Challenge (MDC) video. The 2-minute highlight reel features 66 clips, from 56 creators, representing 22 countries – each individual taking home $17,857.14. 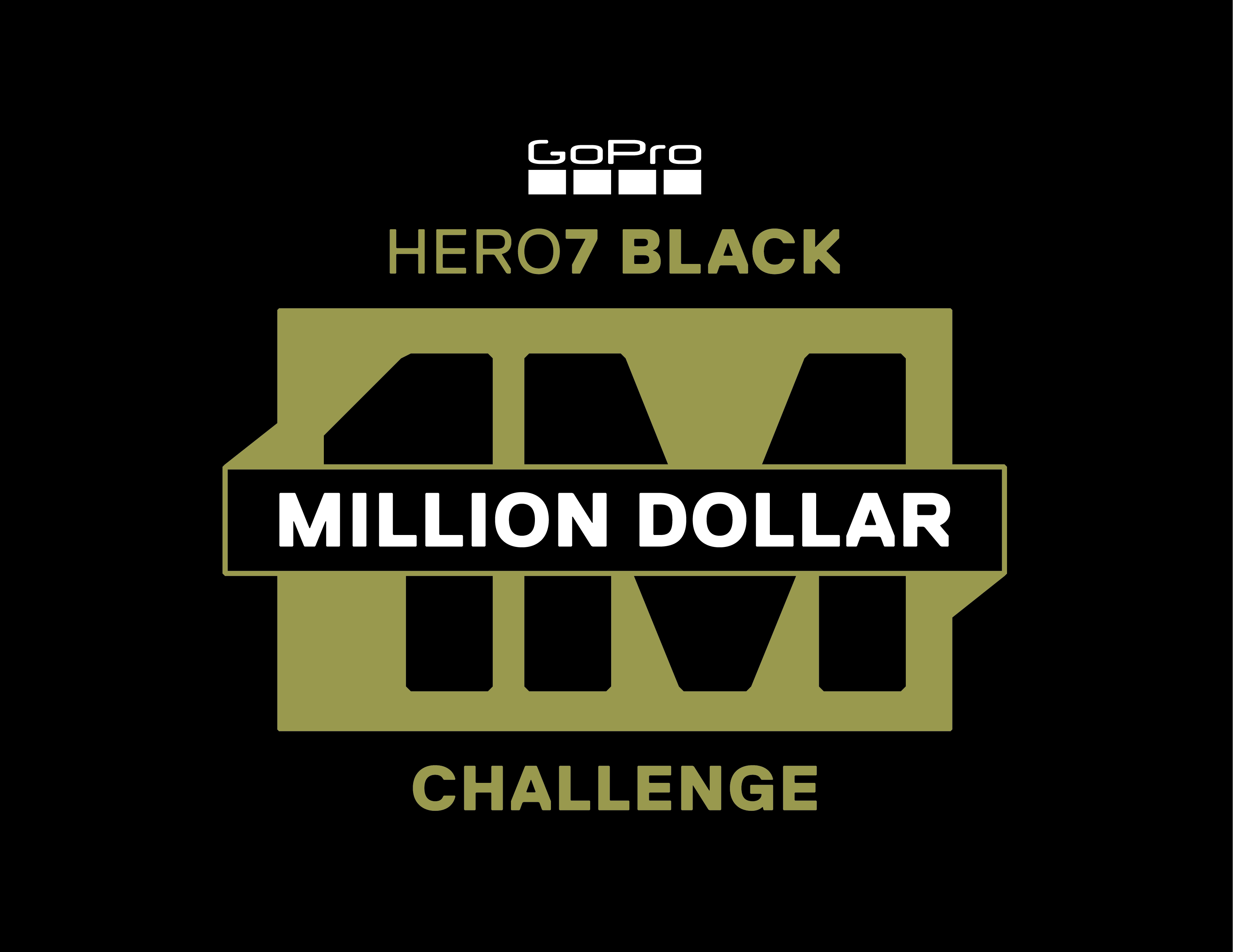