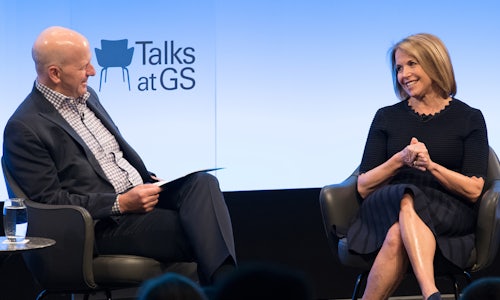 Goldman Sachs has long been a thought leader across disciplines– not just in finance. And their ability to bring other thought leaders from every industry together, promoting progress and powerful discussion, is ingrained in the Goldman Sachs brand and mission. One way the firm positions itself this way is through its Talks at GS interview show, where it convenes leading thinkers, entrepreneurs, athletes, creators and more in a fireside chat to share insights and ideas shaping the world. By exploring topics from entertainment, health care, politics, sports and beyond, the series captures a broad audience of informed viewers and helps establish the firm as a well-rounded thought leader as well as a brand with impactful convening power. Episodes run concurrently across the brand's website, Hulu, Amazon, Yahoo Finance, Apple podcasts, Spotify and owned social channels– Facebook, Twitter, YouTube, LinkedIn and Instagram– via organic and paid promotion. Goldman Sachs also leverages Talks at GS content to align with timely moments on social, such as featuring Boyan Slat, founder of The Ocean Cleanup for Earth Day. The popularity of the show has inspired a spin-off series on Goldman Sachs' Instagram called Talks BTS (Behind The Scenes) to go beyond the sit-down chat and pose a series of informal questions to the guest speaker.

Talks at GS is Goldman Sachs' longest-running content series, and also one of its most successful. Since launching in 2014, Talks has become a staple in the brand's strategic approach in reaching beyond financial enthusiasts. In March 2018, the Talks at GS series launched on Hulu, Amazon Prime, Yahoo Finance, Apple podcasts and Spotify, opening up even greater opportunity for people to discover and engage with the series within native streaming platforms.

Each episode in the Talks at GS content series offers a glimpse into a different corner of the universe, as well as highlights the lived trials and triumphs of its accomplished guests. To date, the Talks at GS stage has welcomed guests ranging from Ellen Ochoa, former director of NASA's Johnson Space Center and first Hispanic woman in space to Jennifer Hyman, cofounder and CEO of Rent the Runway.

Through its diversity of speakers, the Talks series has enabled Goldman Sachs to appeal to a wide array of subcultures who likely had little prior exposure to the brand. Its episodes around AR & VR, 5G, blockchain and cryptocurrency have brought in emerging tech enthusiasts to its fold. Icons Victoria Beckham, Joseph Altuzarra, José Neves and Emily Weiss draw in fashion and beauty aficionados to Goldman Sachs content, while other topics, such as professional sports, education, politics, environmentalism, equality, entrepreneurship and culture, blanket nearly every interest category. Put simply, there's a Talks at GS episode for anyone and everyone to enjoy and engage with, a feat some might not have expected from a financial institution like Goldman Sachs.

By inviting leaders across a variety of industries and backgrounds to engage with the brand, Goldman Sachs reflects its own multifaceted identity. Its people are more than just analysts– they are engineers driving innovation in technology, policy experts in global markets, advocates for diversity and inclusion and advancing gender equality in the workplace and beyond, champions of small business in the US and abroad, disabled people, veterans, and LGBTQ+ allies.

The Talks at GS content series turns people's opinions of Goldman Sachs on their heads and centers a new narrative of curiosity, inclusivity and leadership in their stead.

Promotional efforts across Hulu, Amazon and Spotify helped drive views and build an engaged audience across these platforms. This extension accounted for nearly 30K views, over 4M impressions, and more than 26K listens/downloads. 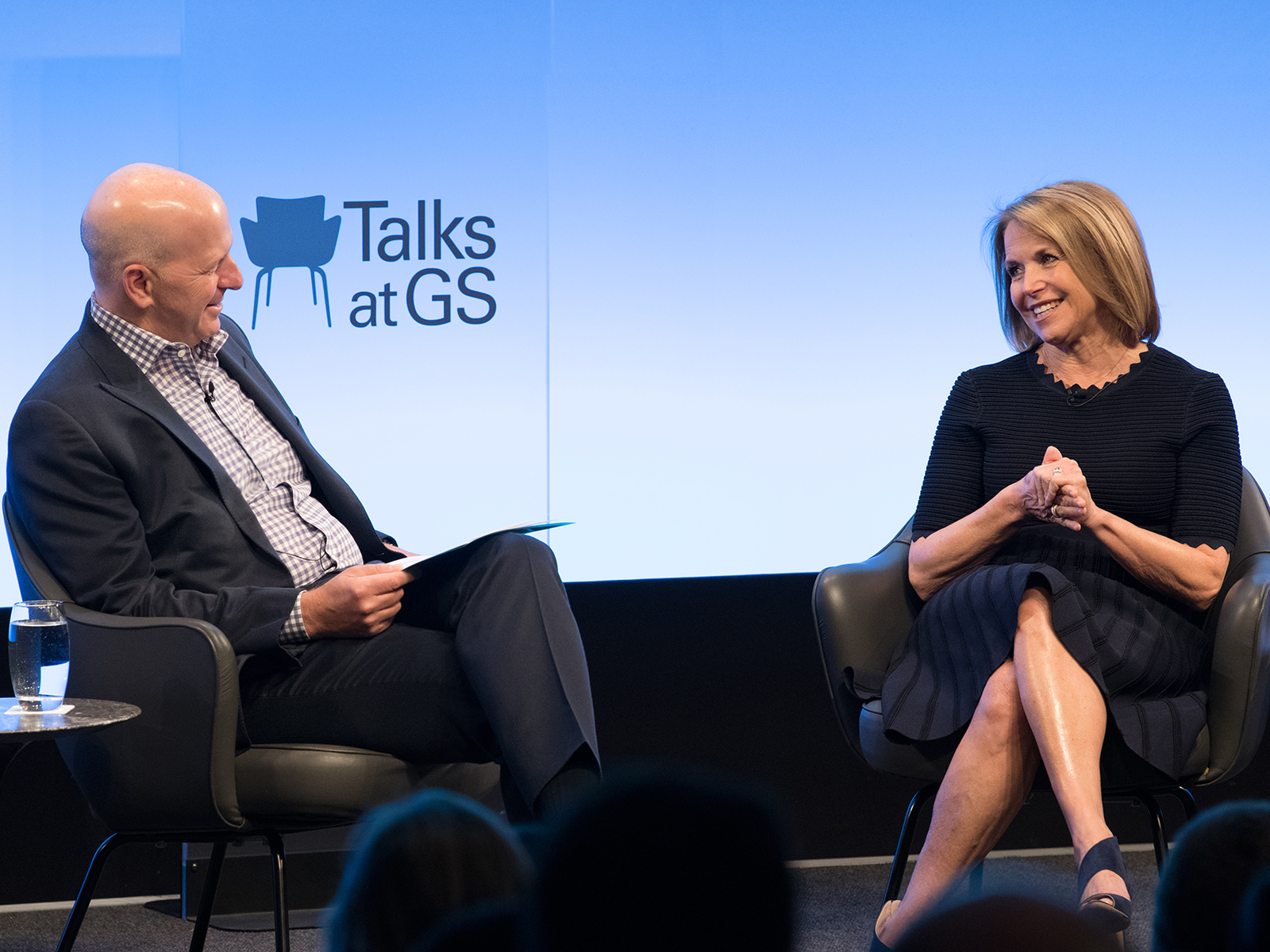