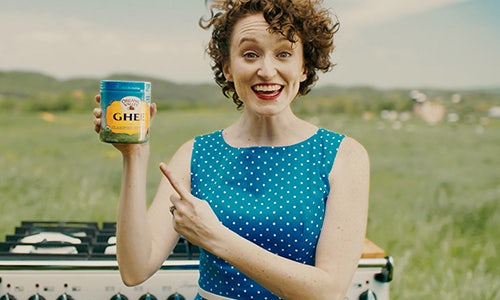 Organic Valley makes the top-selling Ghee, which is clarified butter, traditionally used in Indian food and known for its deep, rich flavor. Ghee's high-heat performance makes it perfect for any kind of cooking or baking. The problem was few recipes list ghee as an ingredient. And the number one reason people don't buy ghee is they don't know what to do with it. But all you need to do is use ghee in place of any cooking oil or butter. It's really that simple.

The goal of the campaign was to raise awareness for Organic Valley Ghee and demonstrate to home-cooks how easy it is to Gheelish any dish.

The internet is already full of online cooking shows and tutorials. And foodies love following their favorite YouTube Chefs. So, instead of making new cooking content, we realized we could reuse existing YouTube cooking footage to literally show people how easy it is to substitute Ghee in any recipe.

Each of the influencers got their own dedicated video to share with their respective social platforms—where they had the highest reach and dedicated followers. And Organic Valley released a long-form video that featured cameos from all the influencers, supported with paid media.

Influencers are usually creating their own original content for brands, which can be a challenge to coordinate with influencers, brands, and their creative agency. In this case, we leveraged the value of the influencers' existing back-catalogue and edited the footage ourselves, which was a win-win for everyone. And our influencers and their fans loved us for it.

As a result, our Organic Valley Ghee campaign was 3x more effective at driving sales via MMM than Nielsen's CPG average. We reached 96-97% of our target audience at over 30+ Frequency.

And 60% of our audience who viewed our video ads watched to 100% completion. Average watch time of 2 mins. And organic reach and higher engagement performance reduced media pricing by -60%.

Video for "Gheelish Any Dish" 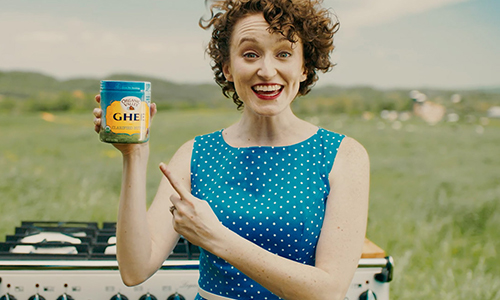 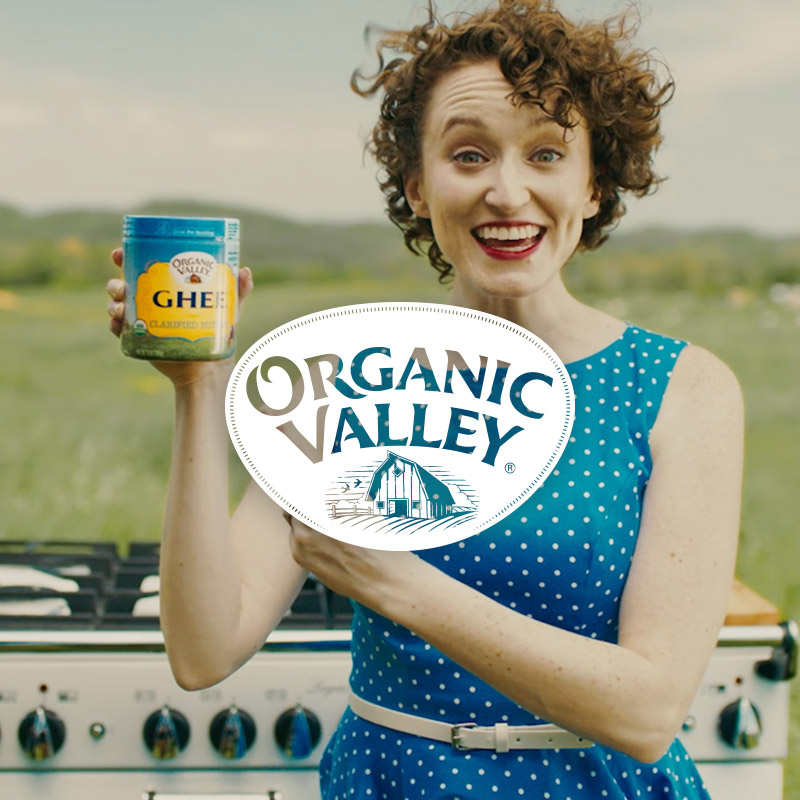 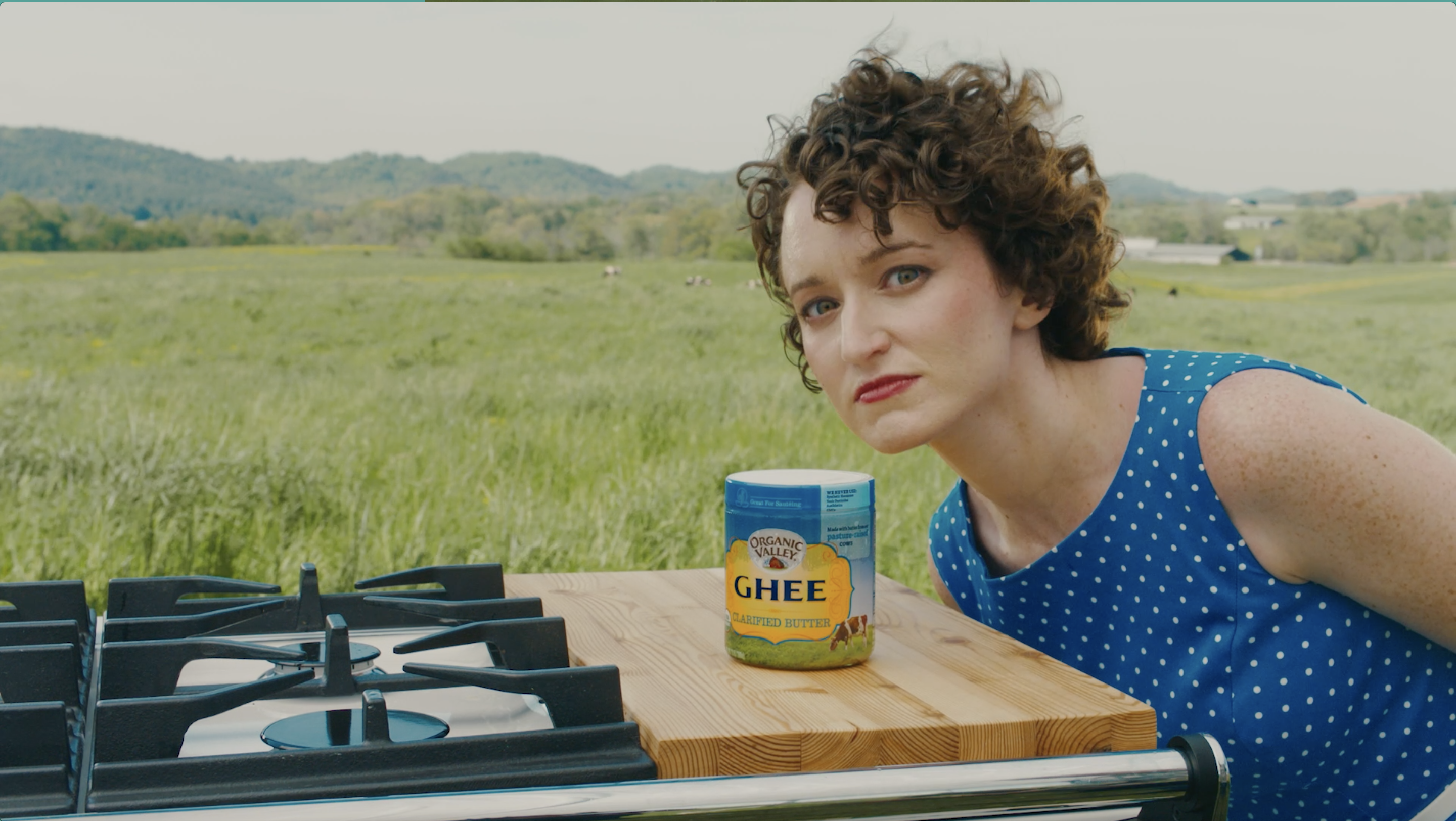 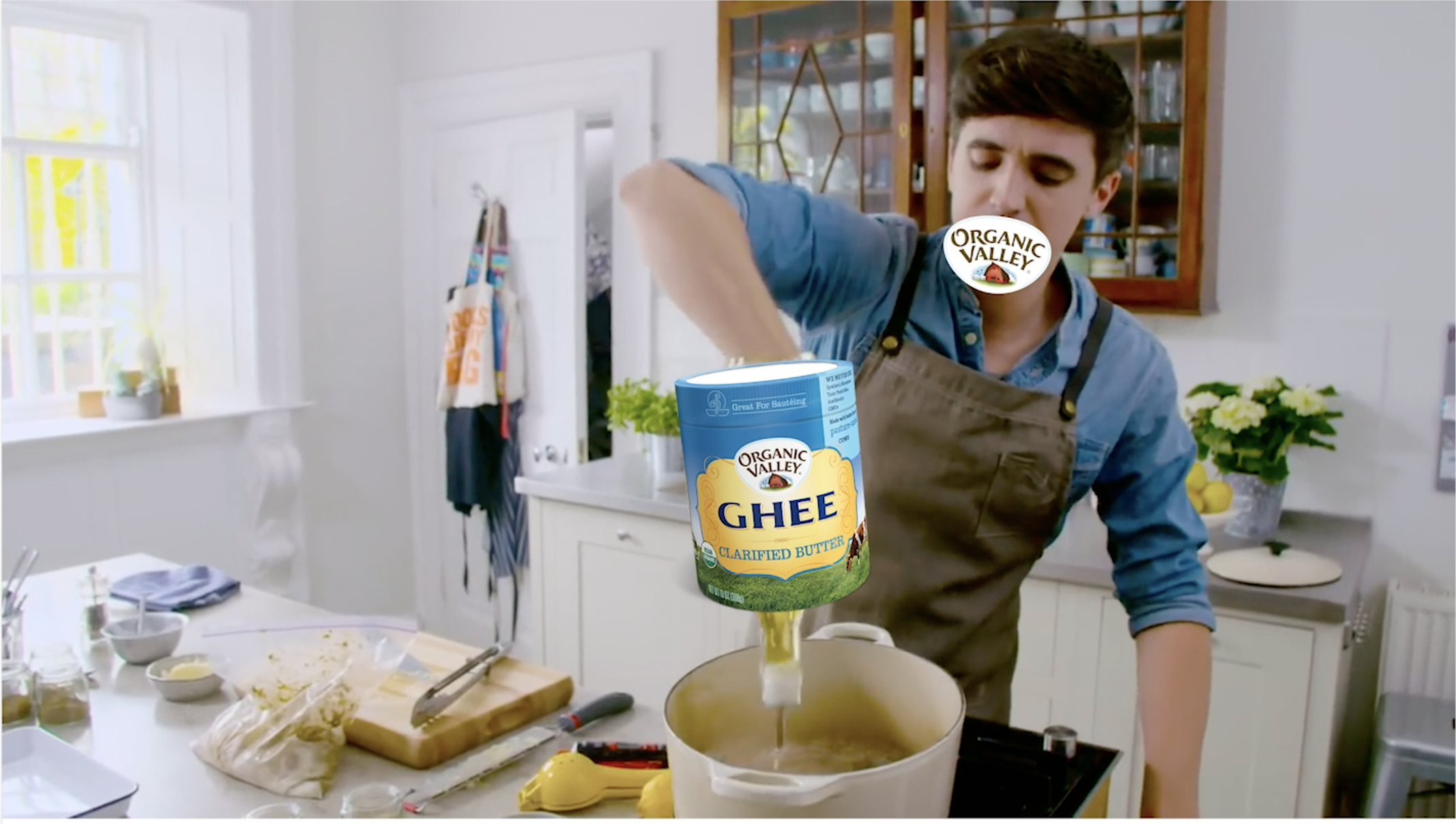 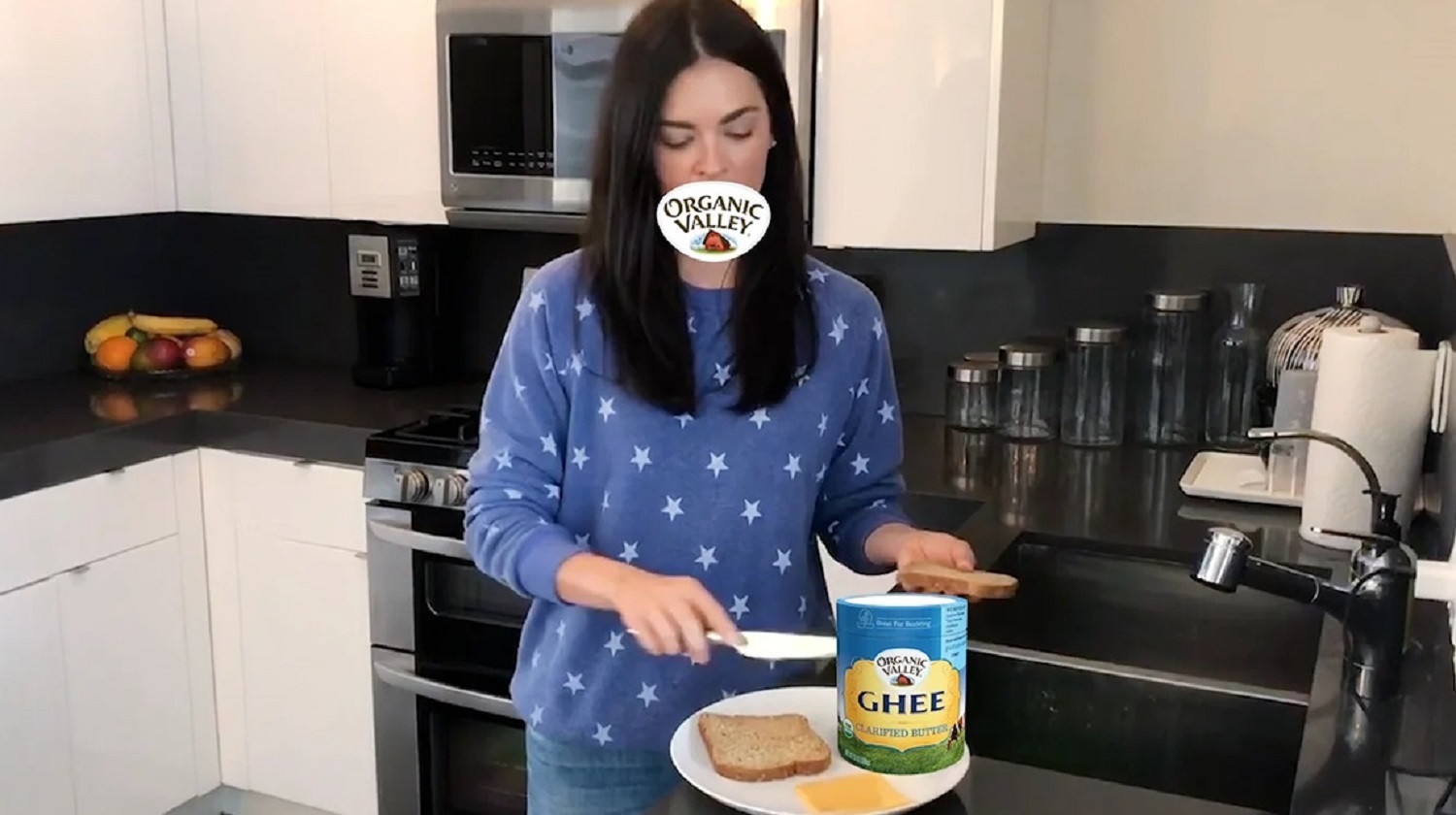 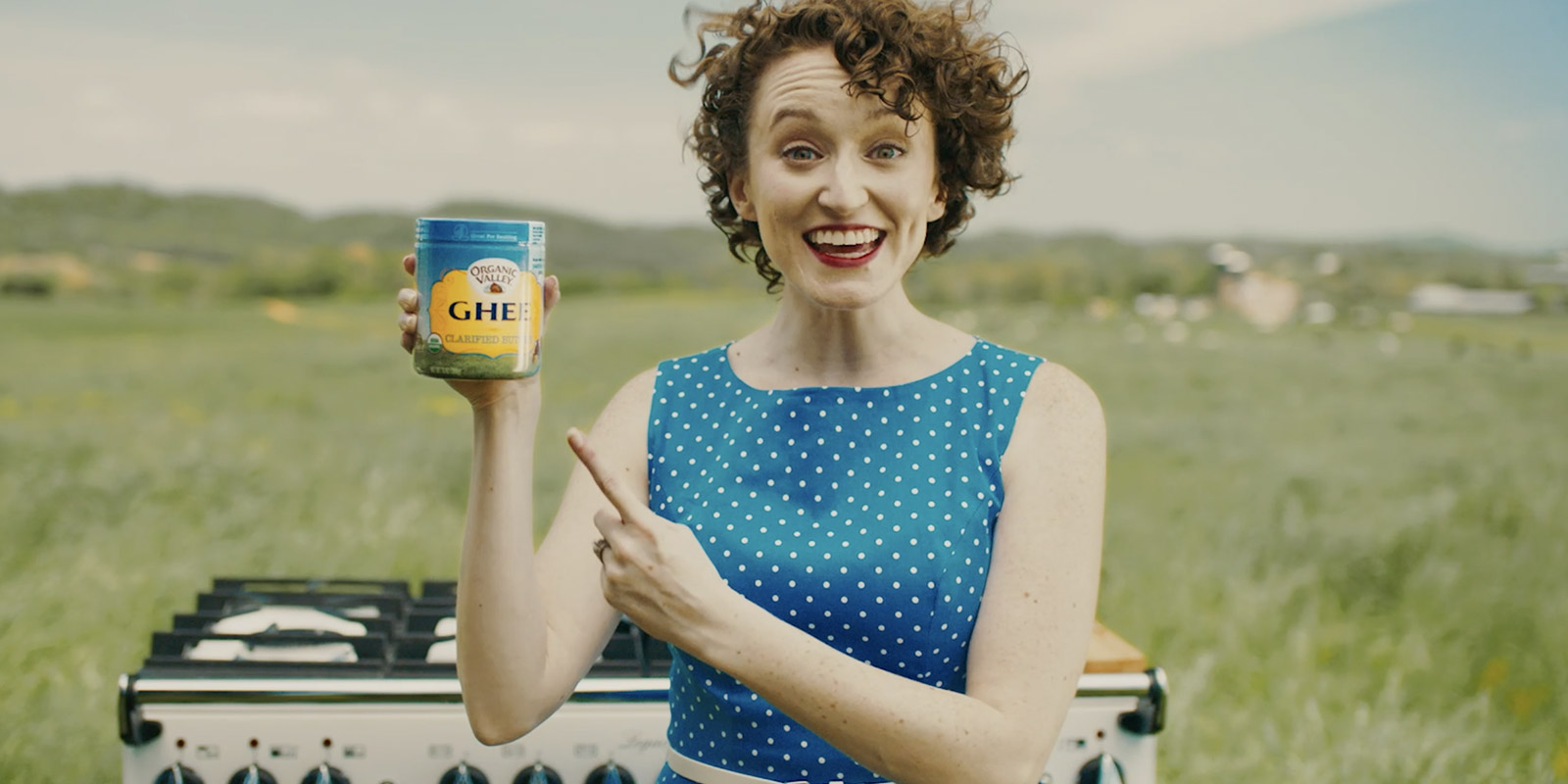 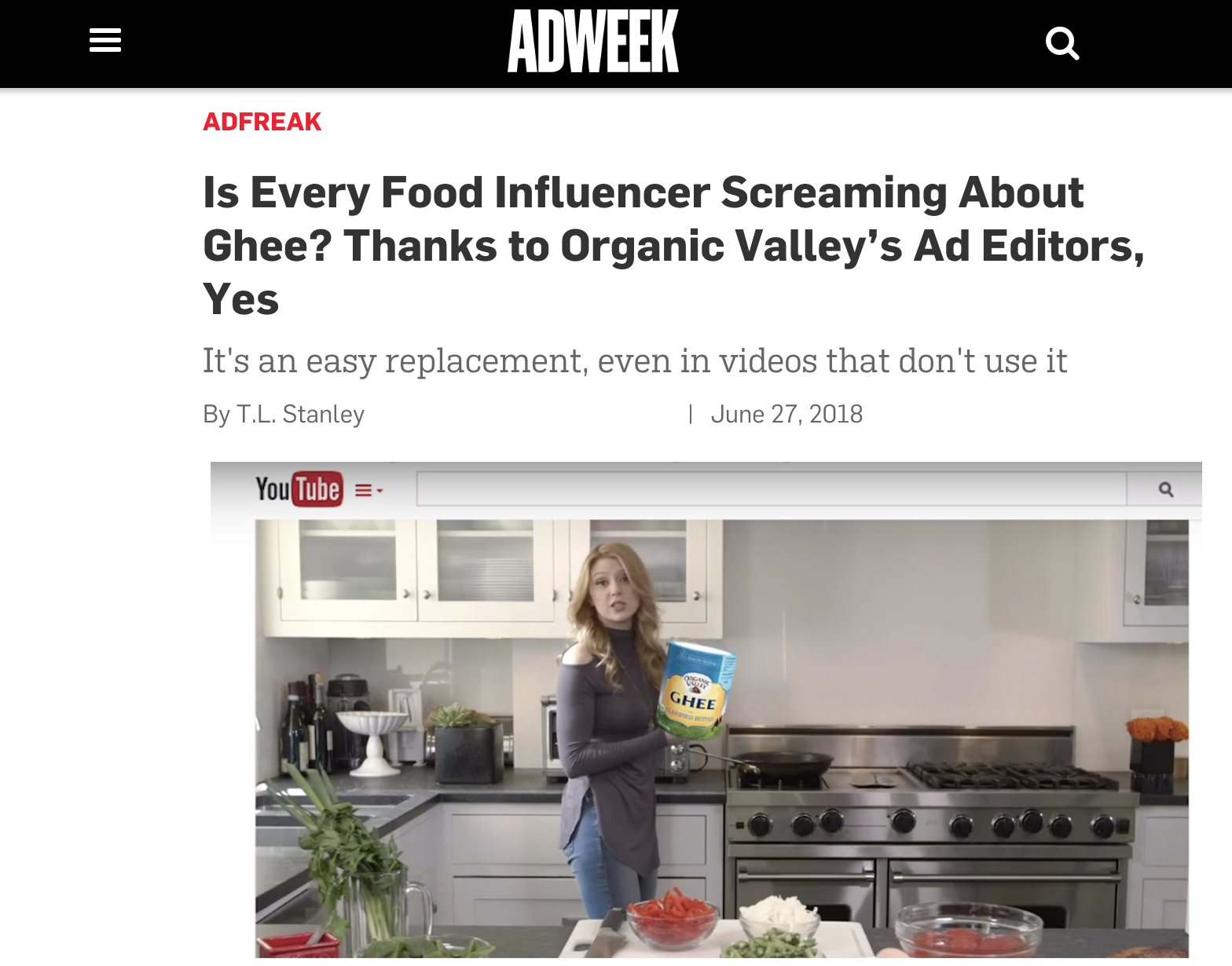 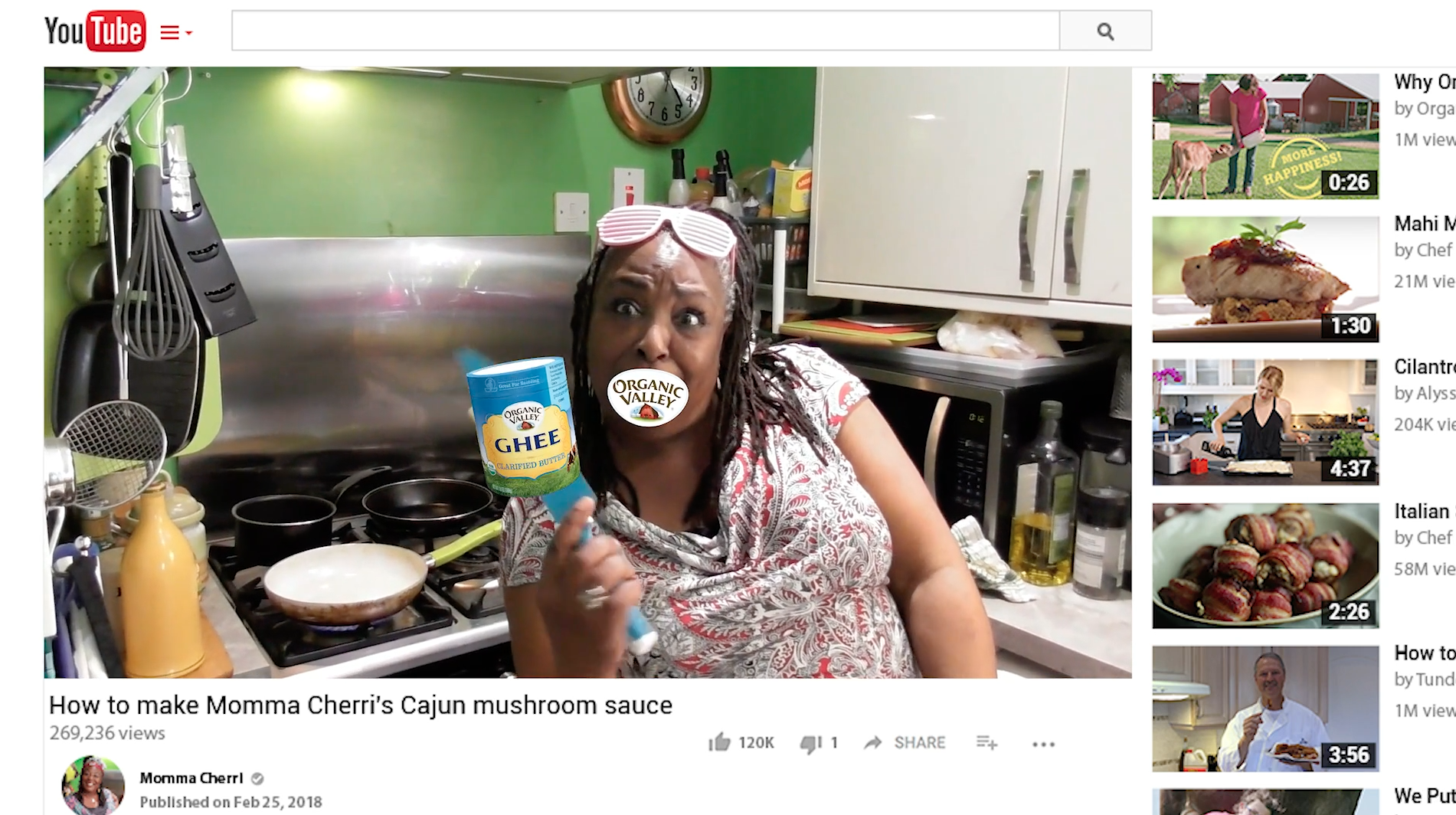