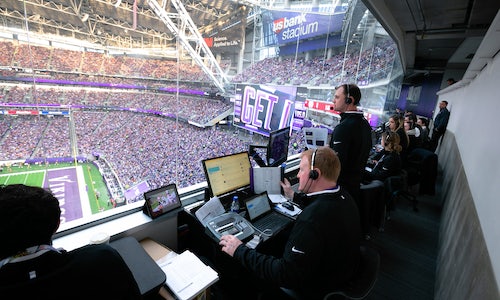 Game day is undoubtedly one of the busiest days of the week for any sports team. It's the time where social media viewership increases drastically and more people are paying attention to content that the Minnesota Vikings post. In an ever-competitive social media environment, it's important to stand out and create content that is equally appealing as it is informative. The overall branding strategy for the Minnesota Vikings to make sure that images, text and graphics are consistent across all channels. Another priority is to create unique, platform-native content that no other teams have done.

More often than not, the Vikings are playing at the same time as several other teams. Stylized, streamlined graphics help differentiate official Vikings content from other media or fans who are posting on game day. In the past, designers were simply tasked with solely executing graphics with little to no creative flexibility. For the 2018 season, the creative team was heavily involved in real-time content ideation, editing and posting in real-time.

Speed is one of the key components of social media on game day. The process is usually the same for every major moment during a game: a single play happens on the field, social media photographers and videographers capture the moment and upload content in near real-time, designers take those uploaded files and add overlays or design elements, and the social media team selects what they want to post. The time it takes to do this for each post? Less than 90 seconds.

Because Instagram Stories have become a key part of the user experience on Instagram, it was a big point of emphasis for the Vikings this year. In previous seasons, the social media team would post chronological game updates (key plays, score updates, highlights) to the traditional Instagram feed; however, with the emergence of algorithms, that strategy no longer made sense. Instagram Stories were the perfect platform to provide fans with consecutive, real-time updates. The social media team worked very closely with the creative and design team to innovate and try new techniques that were unique only to Instagram's capabilities and functionality. During the season, there were two key creative changes:

Experimenting with unique overlays on static images that made the content feel more engaging, informative and dynamic. When a big play happened on the field (touchdown or interception), the Vikings used a "two-tap" method to first showcase the play itself and then share more detailed information with graphic treatment.

Graphic design elements were used in several different aspects of game day content across Facebook, Twitter and Instagram. Every game day began with the team posting a matchup graphic (Example: Minnesota Vikings vs. Chicago Bears) featuring a player from each team to get fans excited for the upcoming battle. A simple, streamlined watermark was used on every photo to emphasize the Vikings branding and let the photo tell the story. Quarterly and final score graphics were posted on Twitter. After key victories, a five-part Instagram post was created and posted to showcase highlights, statistics and quotes from the game in a continuous "swipe-through" Instagram carousel gallery. The designers worked closely with social media, public relations and the writing departments to make sure the information was factually correct and free from errors. 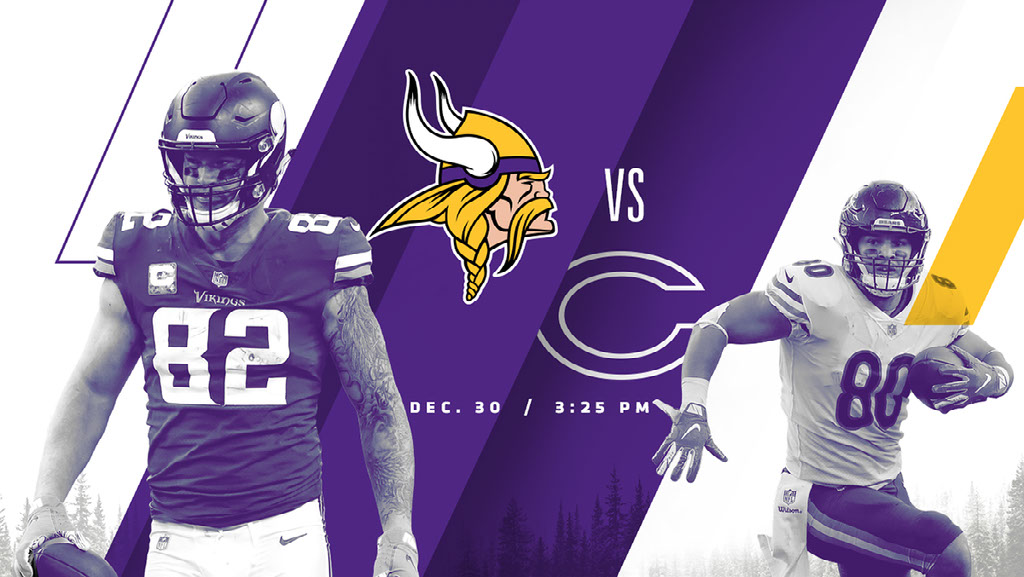 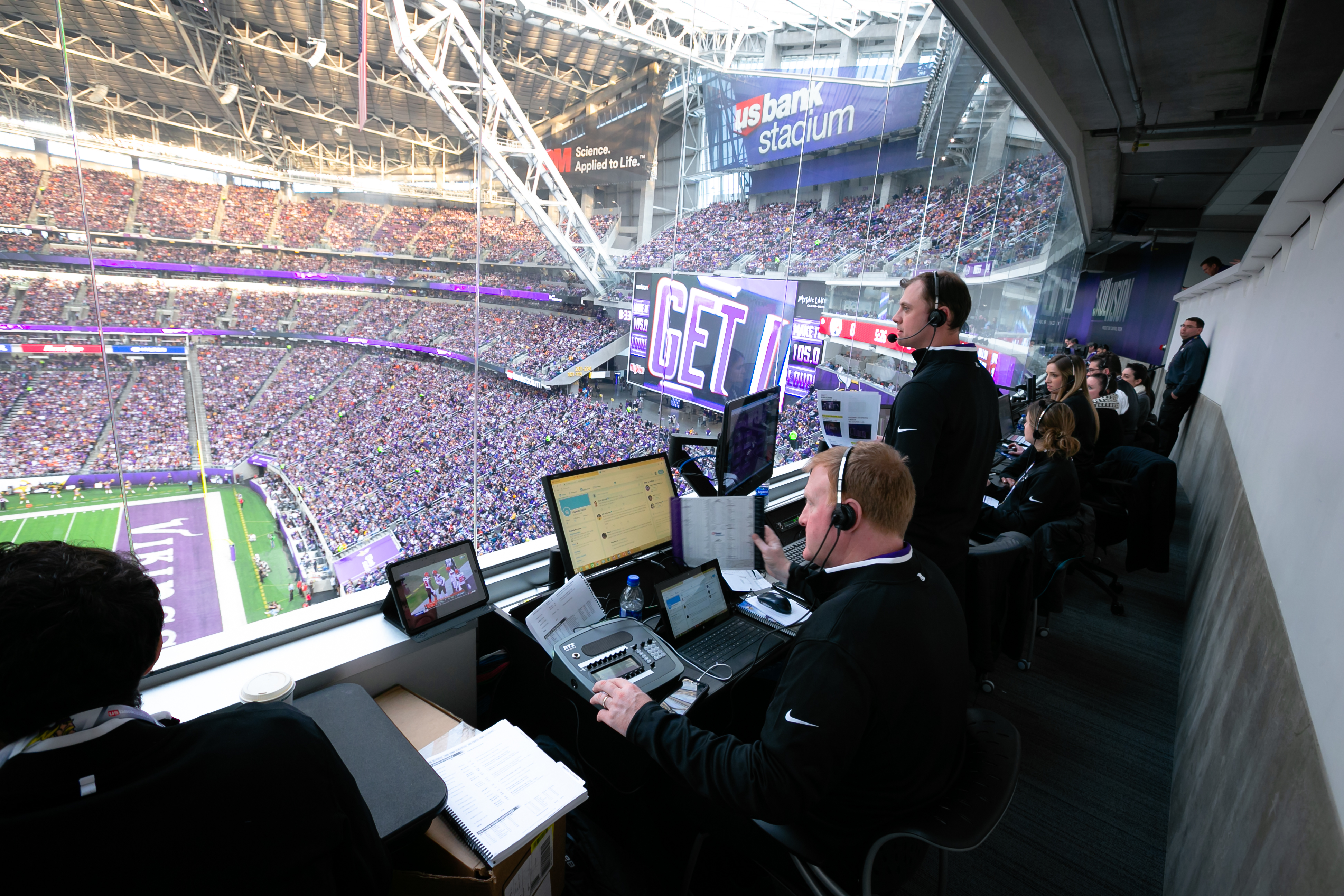