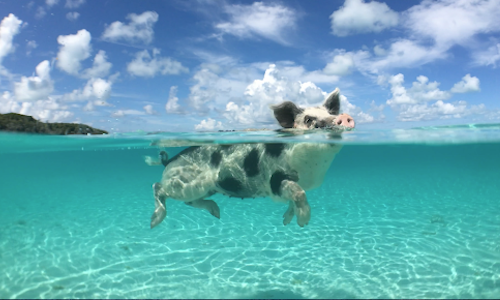 On January 9, 2019, Shutterstock launched a new global ad campaign, "It's Not Stock, It's Shutterstock," which set out to change the world's perception of stock imagery and what it can do.

Our goal was to grab the creative community's attention with a compelling showcase of stock footage, drawing people in with an engaging story and creating something that would have a lasting impact.

Before we knew it, the perfect opportunity presented itself.

Competing documentaries on Hulu and Netflix reignited the conversation about Fyre Festival. The festival's creators blew their budget on a promo video with models, yachts, and swimming pigs, leaving the actual festival-goers eating cheese sandwiches in makeshift tents.

We knew the infamous shoot wasn't even necessary, because you know where else you can find models, yachts, and swimming pigs? On Shutterstock. It was decided this would be the perfect subject for us to insert Shutterstock into the cultural conversation in a fun and lighthearted way. And so, Fyrestock was born.

The two key objectives of the campaign were to communicate clearly how cost effective it is to create a high-quality promotional video and how convenient it is using entirely stock footage from the Shutterstock collection.

We quickly hijacked the conversation, recreating the original promo in one day with just over $2,000 in stock footage.

In a world where creativity has become mission-critical for businesses of all sizes, we wanted this video to gain notoriety from the ground up. We felt that the strength of the video and the timely alignment with the conversation of the moment meant that we could build engagement organically. We launched the video across all Shutterstock social media channels on Tuesday, January 29th at 3:45 pm, sharing it with our Facebook, Twitter, Instagram and LinkedIn followers. Once the video was live, the strategy was to make key media outlets aware of the content that we had created in order to reach our target audience of marketing and creative professionals and boost visibility and engagement. As both of these efforts kicked in, and the video had taken on a life of its own across the web, we expanded the promotion with paid media and put some money behind it to hyper-target the creative audience.

Video for Fyrestock by Shutterstock 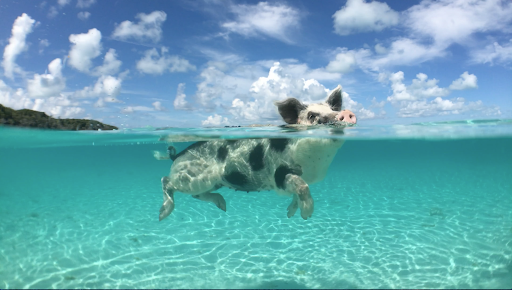