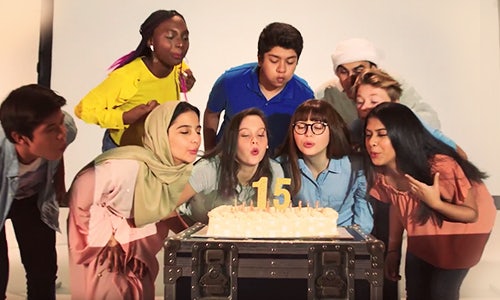 For many, your fifteenth birthday marks a moment in life that's marked with hope and ambition.

Until that point, your journey through the world has been one of discovery, with everyday bringing something new. And now, on the verge of adulthood, dreams of the future start to take shape. What direction will you take your life in? The choice is yours!

Conversely, a 15 year old airline is widely considered to be very young within the travel industry. However, in 15 short years, Etihad's ambitions outstripped it age, and the Middle Eastern carrier has grown larger than many of its older competitors.

Like many an adolescent, we set out to conquer the world. We wanted to be the best, to make our mark. We set out to ignore the status quo, break the mold and achieve more than was expected of us.

We've learnt, we've grown, and at 15 years young, we now see the world from a new perspective. As a result, we're more confident now about who we are who we want to be, and we look to the future with the best years still ahead of us - a future full of opportunity, travel and adventure.

We wanted to share this spirit of trailblazing and optimism with the world, and inspire those who are unsure about the direction their lives are heading to take heart. Because anything's possible when you're 15!

"15 Years Young" was conceived as a marquee brand campaign to coincide with Etihad's 15th anniversary as an airline.

Conceptually, it was designed as an invitation. An invitation to people young and old to look upon the world as only a fifteen-year-old can: with ambition and positivity, where challenges are just dreams in waiting. Where horizons are there to be crossed, and where there is no such thing as 'impossible'.

The entire campaign was built around a single short film, also called "15 Years Young." Through this video piece, we wanted to hit a sentimental chord by tying our brand persona to that of a teenager. The intent was to embed two ideas with our audience:

Thematically, this was done by tugging on the memory of the viewer's younger selves. To do this, we invited several youths who reside in the UAE – all from different backgrounds and with a variety of personalities - to share their thoughts on the world as a 15 year old, and to share personal hopes and aspirations for the future. The final film was both jubilant and thoughtful, and reflected many of the qualities Etihad itself chooses to project as a brand.

To craft this story, we enlisted the help of acclaimed Emirati director Ali Mustafa. Ali was an obvious choice not only for the National Airline of the UAE, but also for a young brand looking to embrace the pioneering spirit of the country's first international big-budget feature filmmaker.

Test audiences surveyed said they were left with a sense of optimism and hopefulness after viewing. This was also reflected in the uplift in audience sentiment about Etihad upon release.

Additionally, we helped build anticipation for the release of this short film through supporting content. These pieces were posted regularly in the lead-up to the reveal - every day for 15 days. Each piece showcaseed a different aspect Etihad's history and how they've evolved over a decade and a half. A mix of photo and video, these posts featuring everything from iconic crew uniforms, to revamped plane livery and all the star quality of our sponsorship properties.

We further amplified the community feeling by curating "birthday presents," each filled with mementos of our 15 years. These presents included model Etihad aircraft, Cabin Crew scarves, Acqua di Parma Amenity Kits, and premium loungewear found on-board. We gifted these presents to several key influencers we worked with over the years, and invited them to celebrate with us on social media using the campaign hashtag: #Etihad15.

Collectively, all of these activities took audiences on a journey through the years, retelling the story of Etihad's growth into a 'teenager.' Reflecting a youthful exuberance, each and every day we continued to build excitement until the hero film reveal on November 12.

Our earned media efforts were also quite fruitful in the weeks following the launch of the campaign. The#Etihad15 hashtag was amplified on influencers' channels, making it our most followed hashtag of the year, with many sharing Instagram stories while opening their Etihad gift boxes.

Monitored positive sentiment also saw an appreciable rise, from 85% to over 96% for the duration of the campaign. We believe the infectiously hopeful nature of this campaign really struck a chord with a global audience. 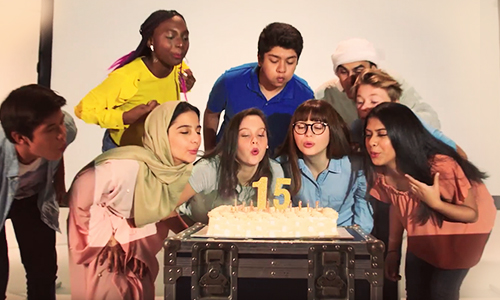