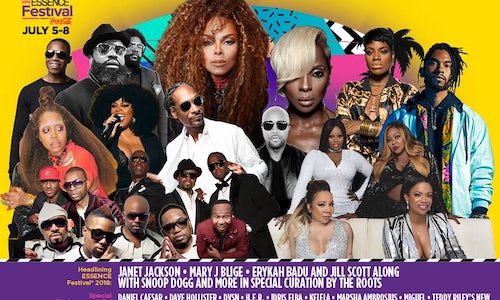 The 2018 ESSENCE Festival Social Team set out to amplify the global impact of the world's largest annual entertainment and cultural event and engage new audiences with innovative social tools and platforms. The goal of the social media strategy was to provide an immersive experience for the entire ESSENCE audience---not just the consumers in attendance at the Festival but also those consuming all of the action from home.

The ESSENCE Festival team aimed to leverage its social platforms to reach a younger audience via new platforms like IGTV, as well as serve its multigenerational following via Facebook Live streams and Twitter conversations--- ultimately deepening engagement with the brand's international community of over 17 million.

The #EssenceFestival social strategy was to drive audience engagement through forward-thinking tactics that prioritized the interests and elevated the social interactions among our community.

- ESSENCE Festival was the first live event to create a show on the new social platform IGTV (Instagram TV). The debut of ESSENCE's IGTV program "The Chair" focused on conversations with celebrities and influencers ultimately earning over 80k impressions.

- In an effort to target the brand's multi-generational audience and broader global community, ESSENCE launched its first multi-platform approach to live streaming by simultaneously utilizing Facebook, Twitter and YouTube.

- Partnering with influencers who connect with our audience, ESSENCE leveraged relationships with the following celebrities and digital news outlets that represent the passion and purpose of the Festval.

The 2018 ESSENCE Festival generated over 14.4 Billion social impressions; representing over 87 percent year over year growth and the largest impressions figure in the event's 24 year history.

Overall, interactions were over 103 million (likes, comments, and shares) with Instagram outperforming all other channels in terms of engagement, volume, and impressions. 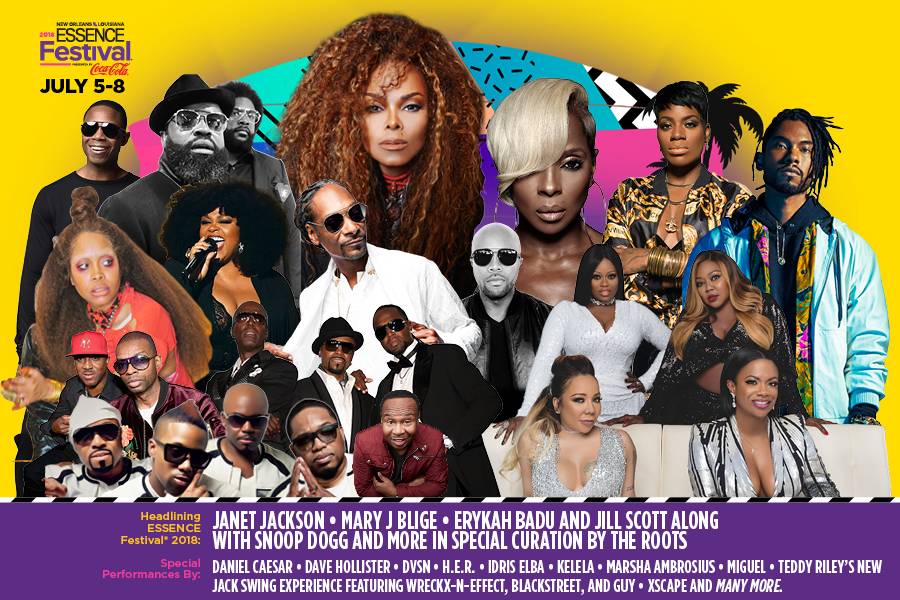