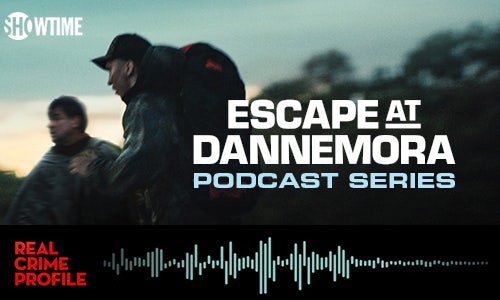 Escape At Dannemora is a limited series based on the stranger than fiction 2015 prison break of two inmates from the Clinton Correctional facility in upstate New York, and the married female prison worker who aided in their escape. To introduce fans of true crime and the limited series genre to Escape at Dannemora in a credible, engaging and organic way, Showtime launched a nine-episode companion podcast series in partnership with Wondery's established true crime podcast Real Crime Profile. The podcast series delved into the real-life events and their portrayals in the show in a unique and in-depth way. Since the podcast medium lends itself to a rich listener experience, it was the perfect platform to leverage to give fans a deeper emotional connection to the story.

For Escape At Dannemora, Showtime wanted to launch a companion podcast that would serve two purposes. First, to generate awareness around the limited series and introduce the fascinating real-life story it portrays. Second, to act as a complement, by providing an in-season outlet and exclusive content for fans who wanted to 'dive deeper.' By partnering with a popular true crime podcast, Showtime was able to leverage their credibility as true crime and entertainment experts. We also tapped into their audience and distribution, which provided extensive reach, allowing us to cross their existing fans over to our series.

The first two episodes were released prior to premiere in order to prime audiences and create buzz leading into the series. The remainder seven episodes rolled out in tandem with the linear broadcast of Escape At Dannemora, providing additional weekly content and context for fans through the finale. This podcast series deeply enriched Escape at Dannemora by offering not just an accessible entry point to the show and exclusive content, but expert perspectives and analysis of the real event.

The Escape at Dannemora podcast series generated impressive results with at least 843k total downloads across nine episodes (exceeding projected downloads by over 26%) since its launch to date. In addition, the series received more interaction and praise from fans and:

Drove a significant amount of buzz and positive chatter on social media platforms, with fans expressing how it both drove awareness of Escape at Dannemora and enhanced their experience viewing the series. It was also organically promoted by series creators and cast members, including director Ben Stiller, driving reach even further. 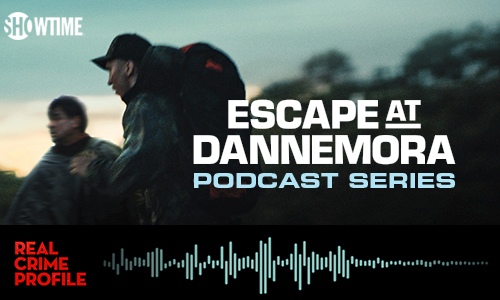