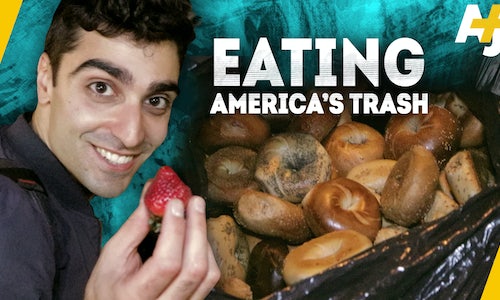 This video was inspired, in part, by two shocking statistics. One, 40% of food in the U.S. goes to waste and two, 1 in 8 people in the U.S. suffer from hunger. To us, the two numbers seemed incongruous and, frankly, ridiculous.

So, we set out to make a video that would highlight and visually demonstrate just how much perfectly edible food ends up in America's trash - and showcase the organizations that are trying to stop that from happening.

We also wanted to offer solutions to the viewer, letting them know how they can take matters into their own hands to limit their own food waste. And lastly, we wanted to give them a space to share stories and tips on how they've reduced food waste on their own.

Conveying information with simple narration or text-on-screen doesn't always get the point across in the most engaging or memorable way. Many of us, at our core, are visual and interactive learners – which is why we felt the need to visually show what food waste looks like – and what saving food from ever becoming waste can look like too.

So, we tagged along with a group known as the Freegans, who took us on a dumpster-diving tour to show us how much perfectly good food ends up in the trash in New York City. This way, we were able to provide tangible, visually illustrative examples of food waste instead of, say, explaining the topic in a studio with on-screen statistics and graphics.

But we didn't just want to shock viewers by showing perfectly-edible filet mignon and kale in the trash. We wanted to make sure the story paid attention to the implications of this food waste. So for the next scene of our video, we spend a day with Rescuing Leftover Cuisine, a group that rescues perfectly edible leftover food before it even makes it to the trash and then distributes it to those in need.

While the first two-thirds of the video talks about the systemic issues behind food consumption in our society, we also wanted to make sure people were equipped to take small individual actions to make change themselves. That's why the last segment is dedicated to providing practical, real-world advice as to how we can reduce food waste in our own homes.

In the interest of making all this information engaging and digestible, we filmed and edited the piece a bit differently from other AJ+ shows. We filmed this episode in a vlogging style that takes a page from popular YouTube vloggers, kept the cameras rolling on many shoots to ensure we captured funny unscripted interactions with our interviewees, and used catchy on-screen graphics and text to make important points memorable.

The objectives for this were two-fold.

1. Highlight the unbelievable amount food waste in the US to a large audience, and get people to care about the issue.

2. Motivate people to reconsider how they think about waste and prompt them to seek out solutions.

On the first objective, we feel we succeeded. The video has over 11 million views on Facebook. And on YouTube, the video has more than 300,000 views and is growing by the day.

The video has also received a large number of comments, with some viewers describing how they planned to change their habits or how they were already reducing food waste in their homes. 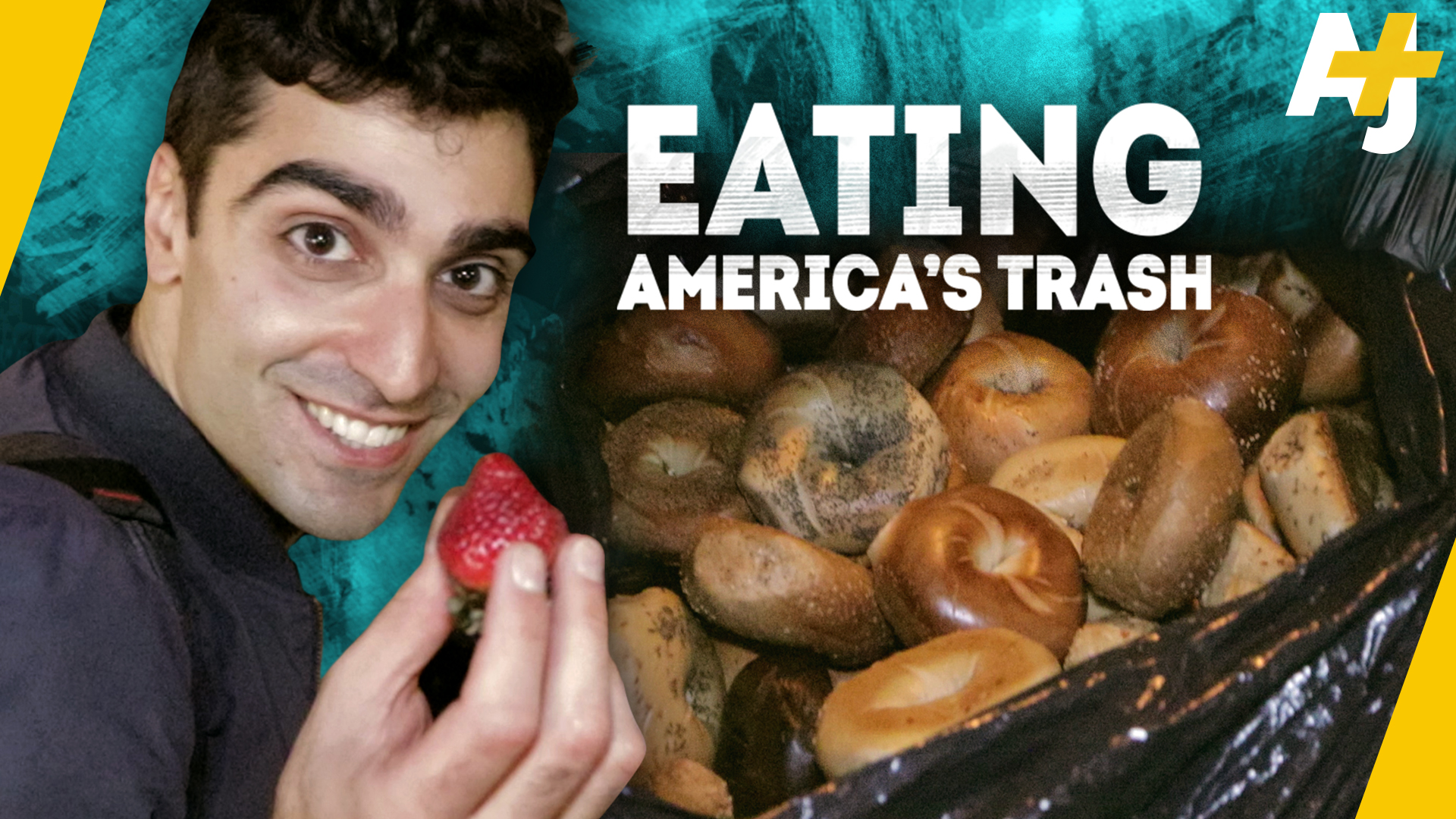 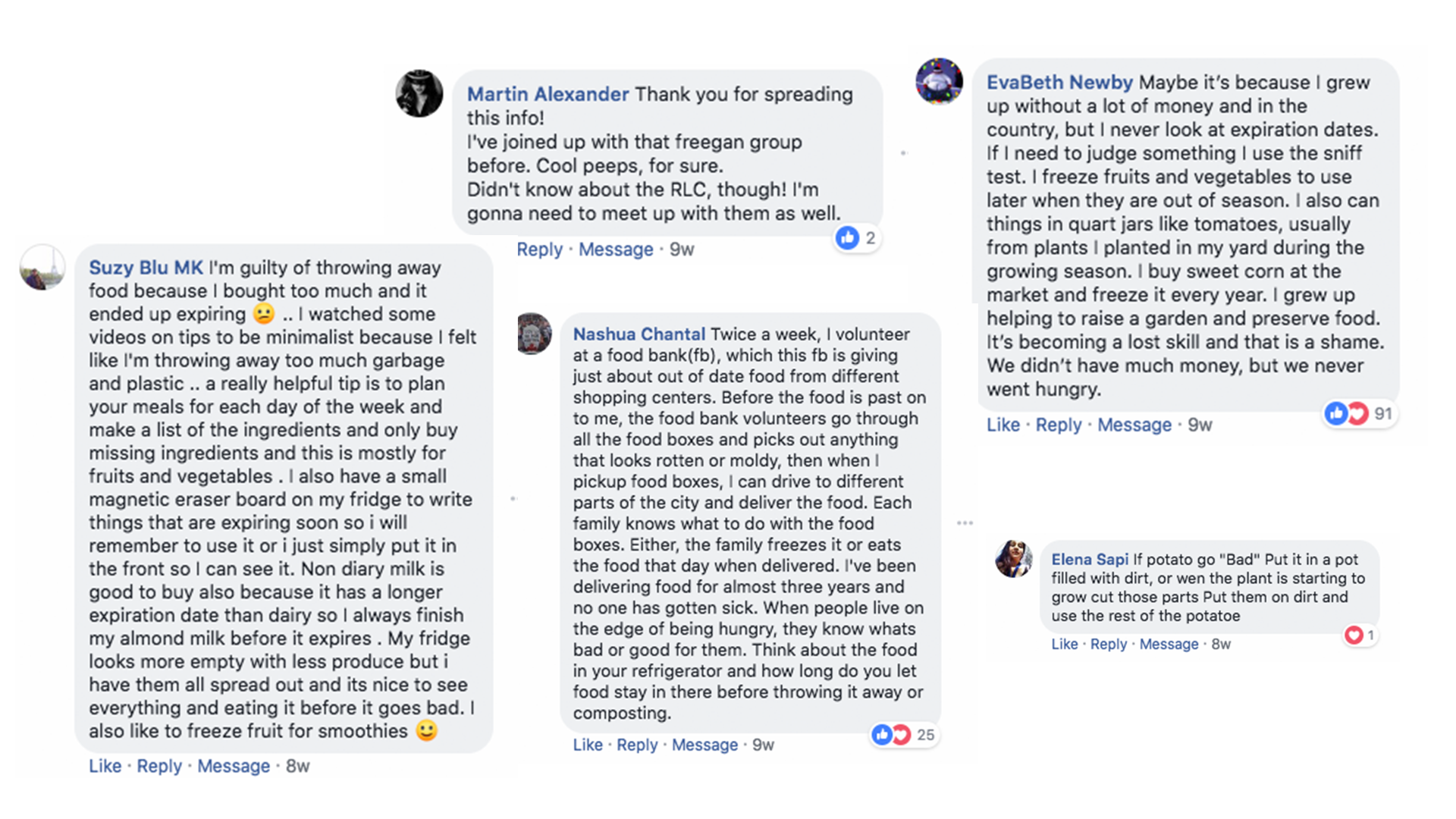