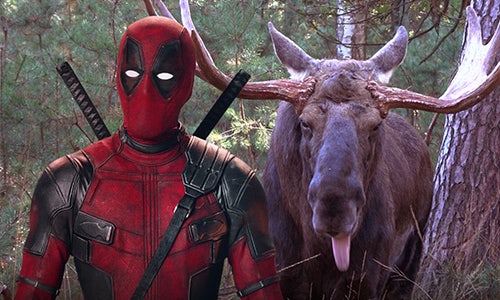 The 'Merc with the Mouth' was back for his second film outing of Deadpool, the oh so cleverly named Deadpool 2. The first Deadpool became the highest grossing R-rated movie of all time and Feref was challenged to make Deadpool 2 even bigger.

The marketing campaign for the first Deadpool movie was big, brash and in your face, making it the most talked about campaign around the world. So how on earth were we meant to top that with a sequel?!

We needed to promise audiences that the first film was not a one hit wonder and that Deadpool 2 would be even more hilarious, ballsy and utterly original as ever. As part of our global social media campaign we were tasked with reaching fans and new audiences via a talent led AV activation that would be so good, so amazing, and so viral that it would spur on fans and new audiences around the world to buy cinema tickets to see Deadpool 2.

Feref's task was to create even more excitement and anticipation for the sequel to one of the most talked about film marketing campaigns in recent years, produce a piece of content that would be picked up internationally on social media and mainstream media, and persuade millions of people around the world to buy a cinema ticket so we could beat the $783m achieved by the first film.

Seems like a superhuman task, doesn't it? Luckily, we had a superhero (well, the closest thing to a superhero)…

Feref had its objective and a pretty big challenge (like, £783m big). How were we going to top the first campaign that was pretty much everywhere?!? The first film was supported with billboards, charity initiatives, social media, newspapers and chat shows. We needed to come at this from a completely different angle. Forget Super Bowl adverts, Halloween or San Diego Comic Con panels, we needed to take our audience by surprise. We needed to make sure whatever we did was 100% original. We needed to do the unexpected, the 'WTF!?!', 'that's so random', 'I have to share this' kind of unexpected.

The idea: Ryan Reynolds was coming to Europe, and we needed to go totally rogue with our thinking. We wanted to hack into an event, a key date or a launch where Deadpool could comment in his usual 'understated way'. Our moment of inspiration: Ryan would be doing his European Press Tour in May 2018, and what totally awesome, totally random, totally bizarre event would be taking place in May? The Eurovision Song Contest! Fans and general moviegoers alike certainly wouldn't be expecting Deadpool to know anything about the Eurovision – even though it's watched by over 180 million people.

So what's Eurovision got to do with a Canadian, you might ask? (both Deadpool and Ryan Reynolds are Canadian but the last time we checked, Canada isn't in Europe) Canada and Deadpool 2 have absolutely no connection to Eurovision – and we saw that as a huge opportunity to disrupt the Eurovision conversation. Let's face it - Australia's in the competition, and forgive us if we're wrong but they are definitely not in Europe either. The creative challenge was to think about what Deadpool's reaction would be to his beloved Canada not being invited to enter Eurovision.

We hope you'll agree his response was in keeping with the irreverent humour of Deadpool 2!

Deadpool 2 has achieved a global box office of $786m. If you're thinking that's only $3m more than the first film – remember sequels usually have a lower box office than the original. And would you really turn down an extra $3m – ever?

In the first 24 hours after the video was posted on Ryan Reynolds' and Fox's social channels, it generated over 3 million organic views, and went on to secure more than 11 million views during its first week without a single dollar spent on paid media.

The video was also widely shared and discussed in mainstream media, with articles featuring on BBC.com, Mashable, Metro, Mail Online, Business Insider, as well as multiple international news outlets from all around the world, and even making it to the Reddit homepage. This added millions of additional views to the Eurovision video.

Finally, global social conversation around the video was overwhelmingly positive (Source: Sysomos) and received <1% negative comments about the video on all social platforms throughout the duration of the campaign.

And to end, we'd like to say cheers and thank you to this delightful Tweeter who was one of thousands who commented on the video – 'Dear @deadpoolmovie marketing department, where do I send the many beers I'd like to buy you for being really f**king excellent?'. 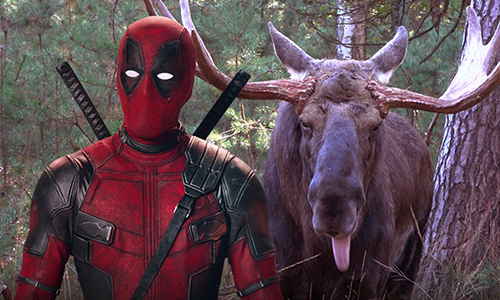 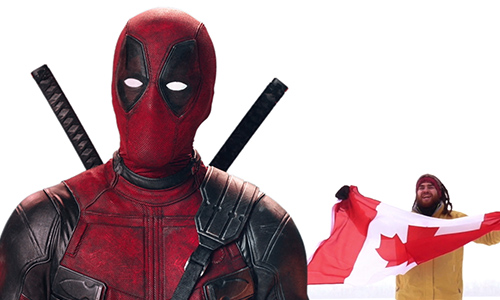