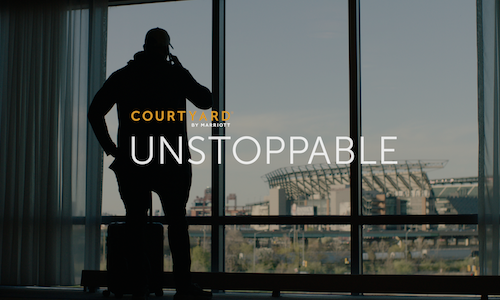 The marketing goal for this series was to increase awareness of Courtyard's exclusive partnership with the NFL and bring awareness to their position as the Official Hotel of the NFL. In each episode, Whistle and Courtyard wanted the audience to see how people are driven by their passion and how that passion fuels them to create the football experiences so many of Courtyard's guests know and love. Each cast member of the series, including Damarius, demonstrates how passion can move a person forward to achieve something great.

Courtyard: Unstoppable is a 10 part docu-series profiling select NFL related personnel, showcasing their ambition and achievements as they build careers within the exciting world of the National Football League. The brand's target audience includes business travelers in the US, UK and Mexico between ages 24-34.

Courtyard's key positioning is "passion moves us forward"; communicating to their guests that the company's passion is to help them pursue theirs. Courtyard's status as the Official Hotel of the NFL is also a key messaging point for the brand. In this campaign, Whistle and Courtyard highlighted a diverse group of people who make the league what it is, including a Team Nutritionist, a former NFL Player turned Agent, the first female play-by-play announcer for Monday Night Football and more.

Each story is framed around the lives of trailblazers, who are truly passionate about their work. As the episodes follow these entrepreneurs, thought leaders, and more Whistle and Courtyard offer a rare window into aspects of the NFL that are much less visible than in-season highlights and stats. The subjects of the episodes in this docu-series provide a powerful way to reinforce Courtyard's relationship with the NFL as well as their brand positioning.

Courtyard: Unstoppable launched all episodes on its own dedicated Facebook watch page, a first for Marriott International as whole generating incredible views and results.

To date, the series has generated over 7.5 million views of main content and supporting assets across Facebook and Instagram TV. Episode 1 reached nearly 7M fans and generated 1.2 million views, beating benchmarks by 25% for both Whistle fan pages and Whistle branded content on Facebook in 2018. Video completion rate was 2.25%, beating benchmarks by 50%. Episodes 1-5 are over-performing in terms of Average Engagements (8.1K vs 750 Travel Branded Content Benchmark).

Social sentiment was extremely positive (80% positive; 1% negative). Campaign content increased key business metrics, including likelihood to recommend Courtyard by Marriott, which increased by 13% after viewers watched content. Likelihood to stay at Courtyard by Marriott also increased by 10% after viewers watched Courtyard: Unstoppable. This campaign was also part of the first Facebook Watch page created by a Marriott brand. The campaign resonated so well with audiences that additional assets were leveraged to extend its reach - including featured subjects on hotel key cards and in-lobby distribution of videos. 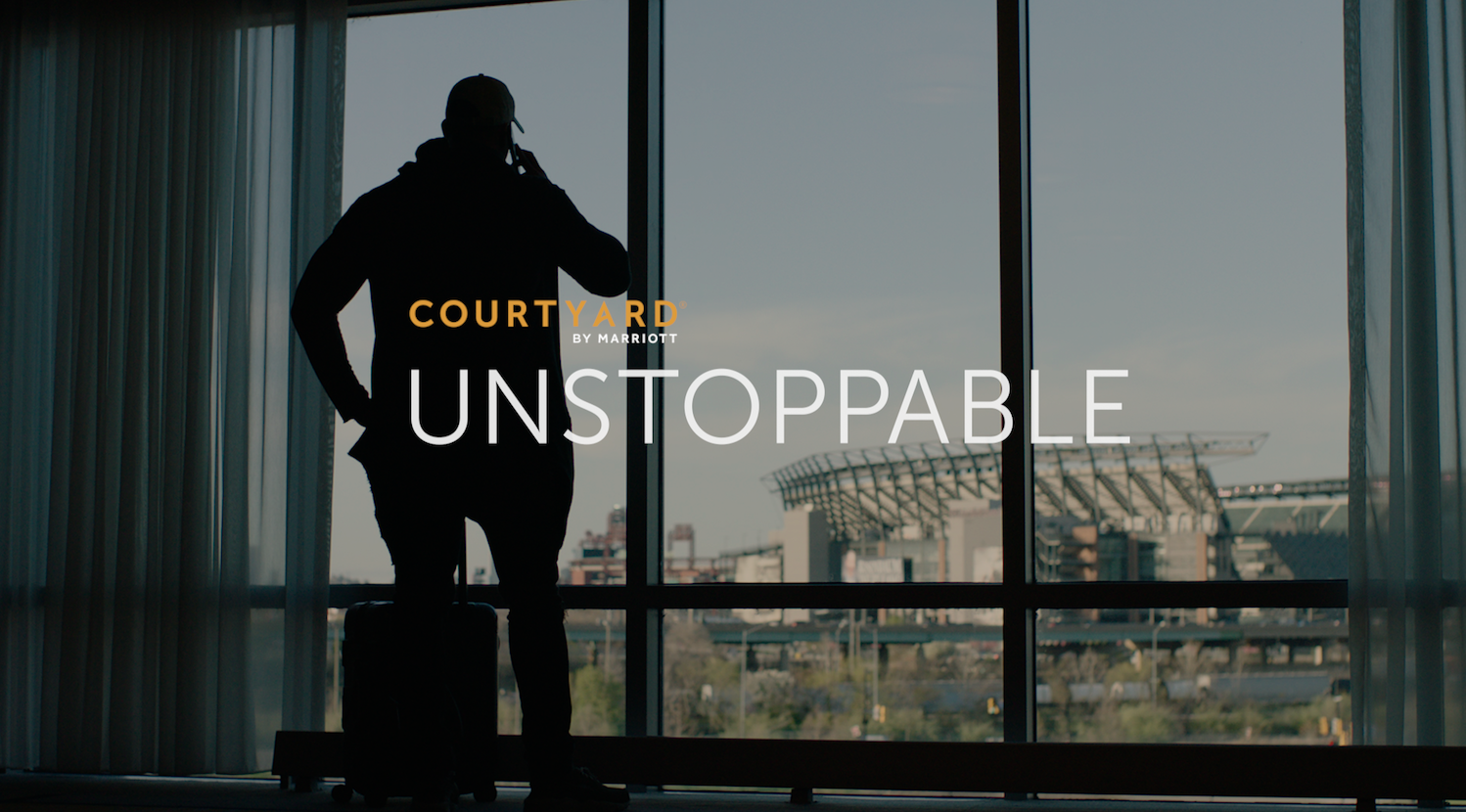 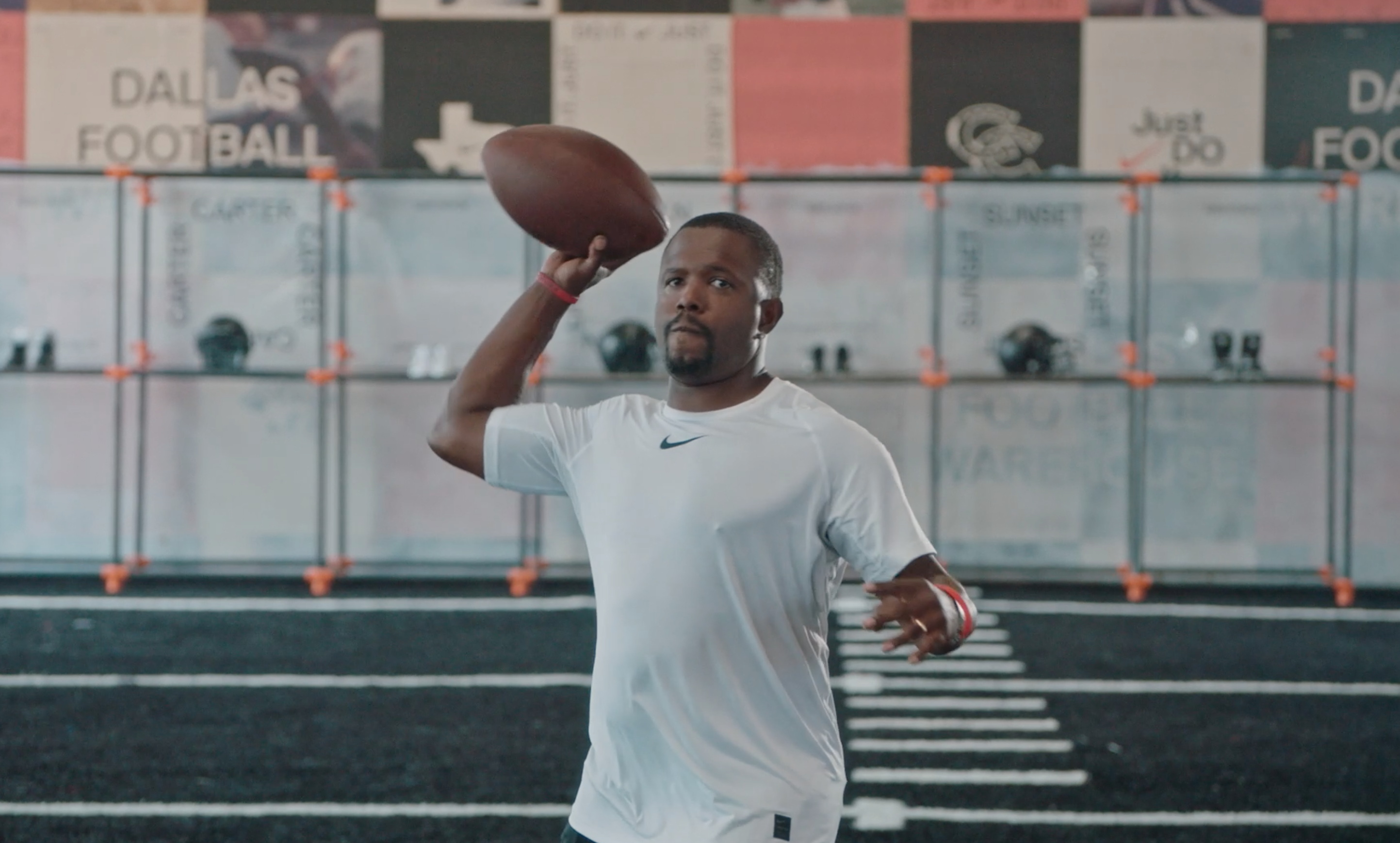