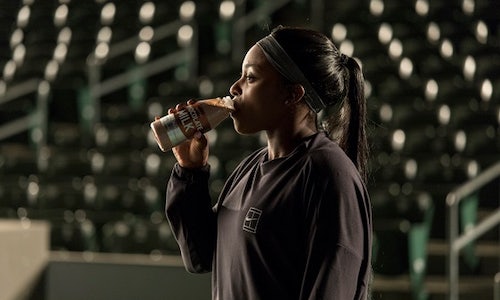 After decades of declining milk consumption, published research identified a new usage occasion for chocolate milk: as an effective beverage for helping active adults recover after strenuous exercise. Recognizing this opportunity to engage with a new audience and drive sales of flavored milk, the BUILT WITH CHOCOLATE MILK (BWCM) campaign targeted a different group of consumers, and turned what was historically regarded as a kid's beverage into a credible recovery beverage for serious adult exercisers.

Since 2006, there have been more than 20 published studies that support the benefits of recovering with the high-quality protein and nutrients in chocolate milk after a tough workout. Researchers recognized that chocolate milk had a 3:1 carb-to-protein ratio, which experts say is important for recovery. Focus groups conducted among adult exercisers showed that they are hungry for information about the science of recovery, so it was important to weave science into all communications, giving credibility in the post-exercise recovery space, and differentiating chocolate milk from its competitors.

To maximize the resonance of the campaign among our target, we set out to:

In order to reinforce and reposition chocolate milk as a credible recovery drink for serious exercisers and breakthrough in a cluttered and highly competitive sports beverage category, we implemented the following strategy:

Leveraged credible high-profile athlete influencers from target-relevant sports to grab attention and endorse chocolate milk as their go-to recovery beverage: Partnered with top level professional athletes, including Klay Thompson (basketball), Zach Parise (hockey), Sloane Stephens (tennis) and Mirinda Carfrae (endurance sports), representing sports that resonate with adult exercisers to authentically showcase how and why they trust chocolate milk as an effective post-workout recovery beverage. To continue to drive awareness of the BWCM message amongst basketball fans, we tapped a uniquely relevant platform, Reddit. NBA conversations are some of the largest communities on Reddit, and come with their own subculture and language. Leaning into this insight we launched an endemic content series featuring Klay Thompson.

Launched new BWCM advertising campaign featuring Sloane Stephens: As she set off to defend her U.S. Open title, the campaign strategically launched Sloane Stephens ahead of her Grand Slam season, marking the first tennis star to join the BWCM campaign. At this point in Sloane's 2017 season, she proved that she was at the top of her game. With a growing social presence and charismatic personality, we knew this tennis star and long-time fan of chocolate milk was a fit.

"Hijacked" key sports events, and associated conversations, throughout the year: Used our association with high-profile athletes to insert chocolate milk into media coverage, social conversations and content around events including the NBA season, All-Star Game, Playoffs and Finals; the NHL season, Playoffs and Stanley Cup; Grand Slam tennis tournaments such as Wimbeldon and the U.S. Open; and high-profile endurance sports events such as Rock 'n' Roll Marathons and the IRONMAN World Championship.

Engaged exercisers at the point of sweat: Partnership and endorsement as the "Official Recovery Beverage of the Rock 'n' Roll Marathon Series," provided an opportunity to educate athletes about the science at races and let them experience recovering with chocolate milk at the finish line.

- Over the course of 2018, our social media efforts garnered a 32% increase in Estimated Ad Recall Lift in Facebook and Instagram.

- A post-event survey, conducted by Rock 'n' Roll, showed events continue to be the number one source of recovering messaging for athletes, with news stories (including articles and blogs) and advertisements as subsequent channels. Overall, 83% of Rock 'n' Roll athletes have heard of the connection between chocolate milk and post-exercise recovery.

The Rock 'n' Roll post-event survey also found 44% of athletes consume chocolate milk as part of their post-exercise recovery, which is up 16% from 2013.

Since 2016, our key target of adult exercisers has over indexed in chocolate milk consumption vs. total consumer audience. 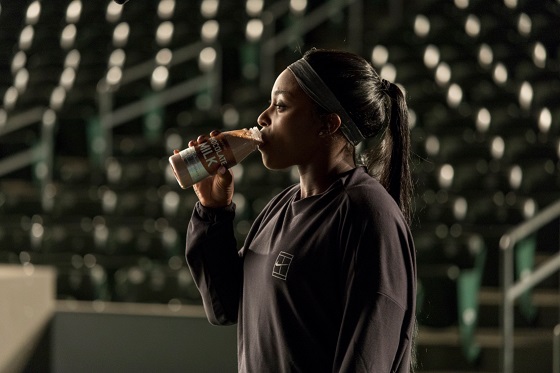