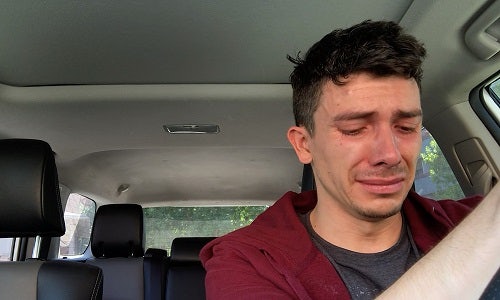 Our advertising agency created an integrated campaign to raise awareness and drive traffic to the new Face It TOGETHER addiction support center (FIT) in Denver. Media components include broadcast and connected TV, digital video and social media. The campaign, launched in Colorado and South Dakota to coincide with the opening of the Denver 8,000-foot flagship center.

What makes getting over addiction so seemingly impossible? One word: sobriety. It's the only metric anyone places any value on. Which would be fine if drinking and using were the actual cause of addiction, but they're not—they're a symptom. Addiction is caused by trauma, loneliness, lousy self-esteem and a bunch of other factors most of us aren't really conscious of.

Face It TOGETHER was designed to approach getting people well the right way. The brand's POV: Sober doesn't necessarily mean better. Looking at sobriety as the only measure of success won't get a person to the core of the problem and lasting wellness. The objective of our campaign, "Break the Cycle," was to show how Face It TOGETHER addresses the root causes of addiction rather than just the symptoms because raising awareness is the best way to drive people to their support center and treat the disease.

When it comes to battling addiction, so many treatment centers focus on identifying certain behaviors, understanding how those behaviors affect the user and their loved ones, than getting the necessary professional help. There's no shortage of recovery options in the Denver community, it's just that FIT takes a much different approach, one designed to get people well the right way. The brand's POV: Looking at sobriety as the only measure of success won't get a person to the core of the problem and lasting wellness.

Rarely do we see a depiction of the journey to sobriety that is truthful and—to some extent—understandable: this can be difficult and downright heartbreaking to watch. But although achieving sobriety is tough, it is entirely possible with the right support system. The campaign's strategic goal was to address the root societal cause of addiction rather than just the symptoms—to resonate with people emotionally, stop them in their tracks and get them to think differently about addiction.

Some ads are verite style, and feature individuals recording dashboard confessionals into their phone cameras on their "first" day of sobriety. What begins as proud declarative moments plummet into defeat as the days go by. Each ad tags with "Break the Cycle" and information on how to contact FIT. Another spot features a vintage neon sign that flashes the message "Sober." However, the old sign is on the fritz, and when it's fully operating, the message reads "Not Sober." It flickers on and off. The campaign contains seven ads of varying lengths.

Break the Cycle's message is aimed at those with addictions as well as people within their support systems—such as loved ones and employers—because recovery can be difficult, messy and nearly impossible to face alone.

Denver efforts drove a tremendous surge of new visitors to the site: Based on weekly outputs, Denver produced the most leads (176), while the next closest was Sioux Falls, which brought in 104. All website performance metrics for Colorado traffic were positive, including organic search, which was up 50%. This indicates people are seeing the messaging and eventually searching for Face It TOGETHER on their own.

The majority of our traffic (almost 70%) came from mobile devices, and display was the number one source for traffic. It delivered approximately half of the sessions, followed by paid social and organic search.

Video for "Break the Cycle" 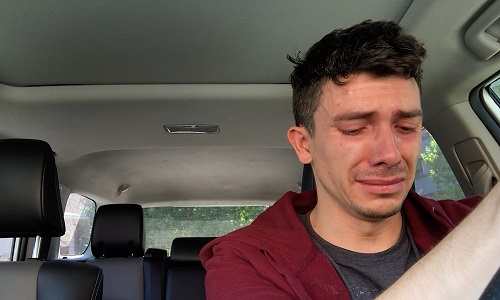