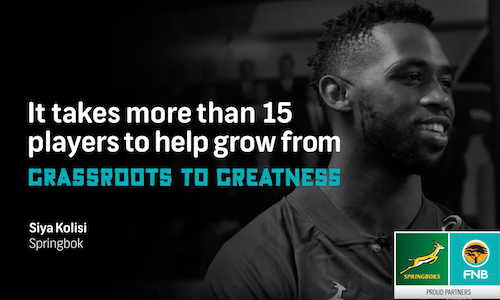 In 2017, FNB became the financial partner of the South African national rugby team, the Springboks. One of the aspects of this partnership entailed displaying the FNB logo proudly on the back of the Springboks jersey, above the playing number. Staying true to their slogan "How can we help you?", FNB remains committed to supporting South African sports at all levels, from high school to a national level - from grassroots to greatness.

An integrated content and marketing campaign was developed to not only share the 'grassroots to greatness' success stories of each the Springbok players, but moreover to tell the "story behind the story" about the many people who have helped each of the players along the way during their career path.

From a player's humble beginnings to eventually becoming a Springbok - throughout this journey, there have consistently been people who played an instrumental role in their lives, and many people who still continue to help the players in their careers. The campaign was an ode to the "helpers" by sharing the stories of the Springbok supporters who made a big difference in their lives, even while behind the scenes. This message links strongly to the importance FNB places on the notion of "Help" as one of their key messages and differentiators.

The Springboks were asked to tell us about those people that they felt had significantly helped them in their journey to becoming a Springbok. In return, these "helpers" then shared their own stories and memories of their involvement with the Springboks. The aim was to show South African that the greatness of the Springboks does not only lie in the 15 players in the team, but it's a collective effort that also involves the people who help them behind the scenes.

These stories were filmed and edited into various lengths and formats and shared on the following platforms: 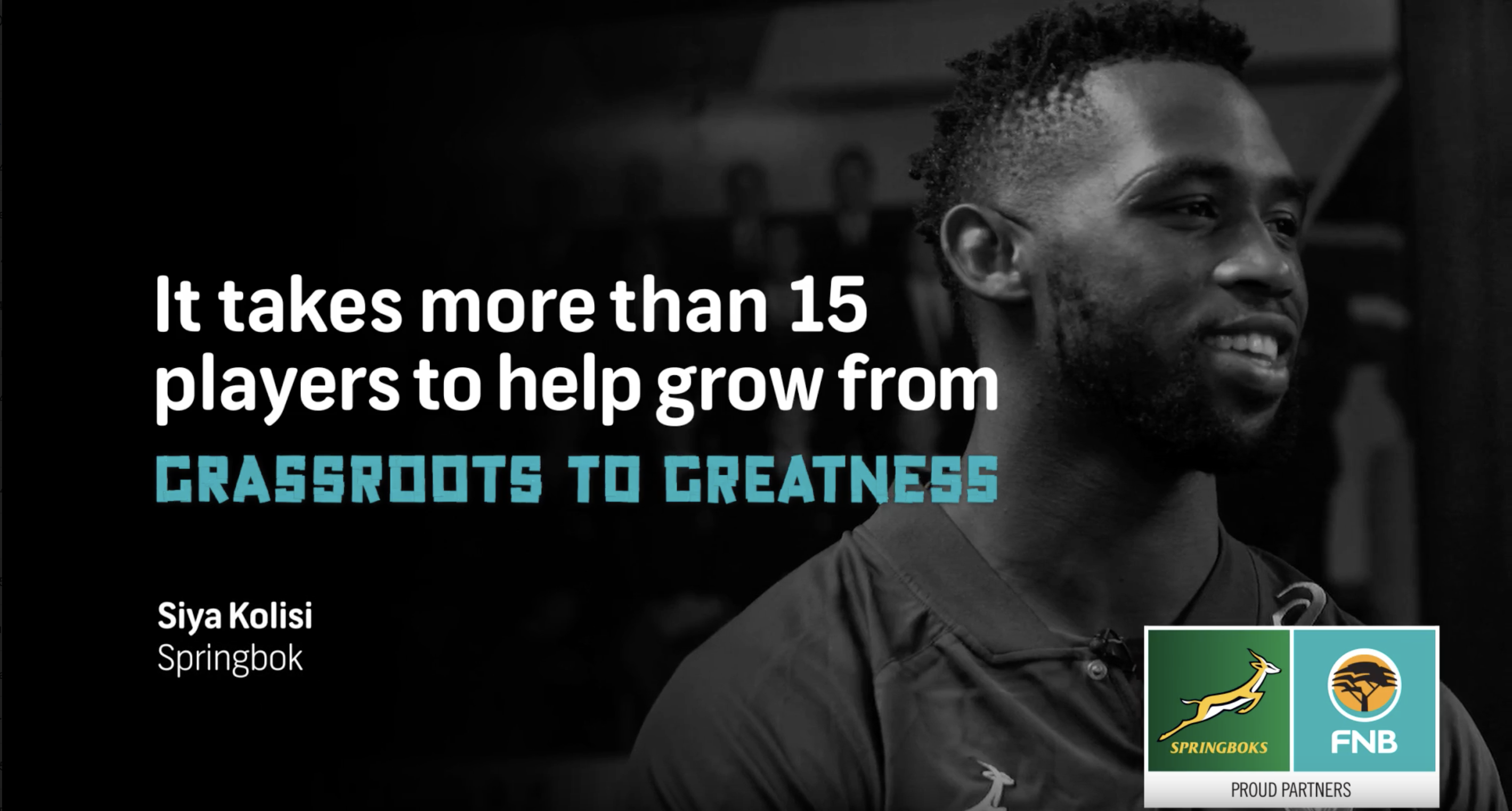