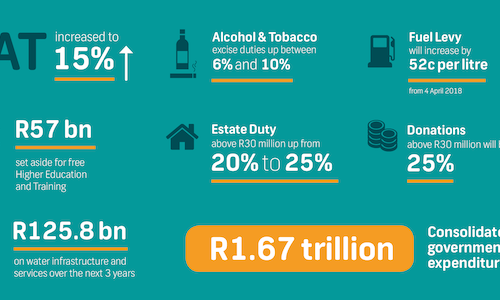 Every February the South African Minister of Finance delivers the country's annual budget speech which highlights important changes and information on matters that directly affect customers and businesses. This is often a time of uncertainty and anxiety for consumers, who don't always understand the impact this might have on their lives and their financial future.

FNB's objective was to amplify their brand's promise to help customers by using the hype behind the budget speech as a tactical device to inform and educate.

We aimed to solve the following brief: how can FNB help South Africans in real-time with solutions to aid against the potential impact of the budget speech?

An integrated content campaign was developed for execution in three phases.

Utilising groundbreaking BlueRobot technology, we made opting-in for real-time updates effortless for Twitter users. Participants received handy pre-speech financial tips and advice to guide them and help them understand how this can significantly improve their money management.

On the day of the Budget Speech:

We focused on exclusively using Twitter Amplify technology, by doing a First View video execution, as well as inserting impactful 6" videos with a single-minded message, into the live ENCA broadcast of the Budget Speech. These videos focused on offering practical solutions that our audience could utilise for personal or business finance challenges.

Further, we introduced the #FNBBudgetPlanning hashtag to be used on all campaign social deliverables instead of the official hashtag used by most competitors. By also using this as a promoted trend on Twitter, we ensured increased promotion and engagement of content on our FNB platforms.

During the event, our team of war room experts designed, published and promoted real-time Budget Speech updates as they were announced - this happened in tandem with the live broadcast and was executed at super speed. We informed our customers that might not have been watching (and those who did) about what's being said, and how it will impact them. Our FNB thought leaders did real-time analysis and a breakdown of how changes will affect the everyday FNB customer.

In addition, we filmed and edited Q&A interviews with the FNB team of financial experts on their views and insights on the speech outcomes which was edited and shared on social media.

This was followed up by serving customers who engaged with the brand adverts about selected FNB products that could further help them based on their specific needs.

Within 24 hours, we reached 1 million people with 300,000 social media engagements. The concept was a first to market in South Africa, positioning FNB as a thought leader on the Twitter platform and earned them a Twitter Award for Creativity.

FNB bridged the gap between TV and social media by utilising In-Stream videos sponsorships capitalising on the live conversation that unfolded during Budget Speech 2018.

The speed with which the Budget Speech outcomes was shared and interpreted strengthened FNB's position as financial thought leader. 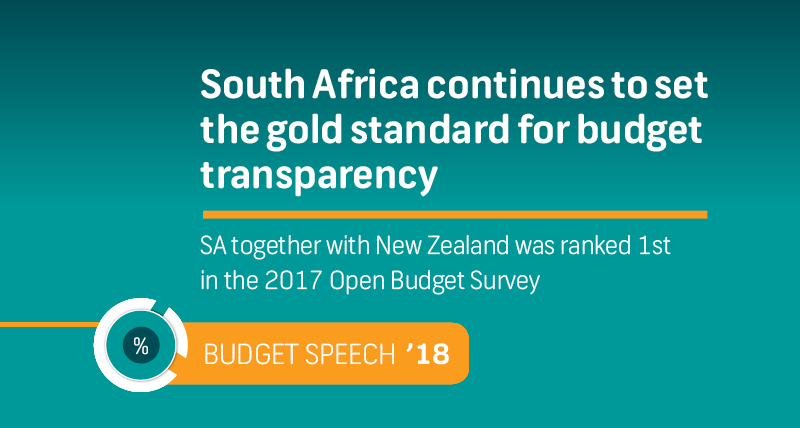