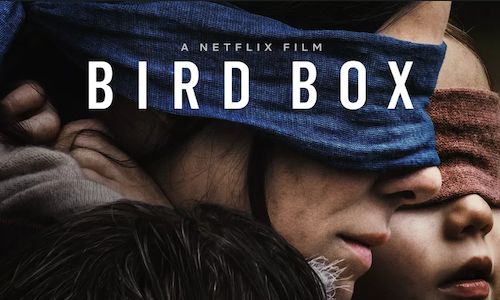 Traditionally, movies that come out during the holiday season tend to be on the tamer side - after all, the majority of audiences are home spending time with their families, who may or may not share their appetite for edgy fare. But while most studios followed conventional wisdom, Netflix saw it as an opportunity to serve fans starved for something more thrilling and decided to release their big-budget Sandra Bullock vehicle Bird Box at the peak of the season. They just needed a little help from us to make sure the right audience found out.

Bird Box's Instagram account needed to convey it's unorthodox premise, that the characters would die if they took off their blindfolds and looked at the creature pursuing them, while also highlight the beautiful cinematography and huge talent pedigree front and center.

To launch the account we used a second platform-exclusive tactic: making linked grids featuring our main talent our basic unit of content before release. The grid created a dazzling image for the first followers to enjoy, then we continuously rolled out additional layers that kept the imagery beautiful while teasing more of the story. Not only did this approach give the film's account a one-of-a-kind look to help it stand out from the pack, but it also gave us a bigger canvas to showcase Bullock, Sarah Paulson, John Malkovich, Machine Gun Kelly, and the rest of Bird Box's blockbuster cast.

After the film became available to stream, and turned into the hottest meme on the internet, we pivoted the accounts focus and leaned into the explosion of intrigue around the film, surfacing top-shelf fan art, crafting content that spoke to frequent topics of conversation, and celebrating fans' love for Netflix's terrifying holiday gift.

To date, Bird Box's Instagram account has amassed over 178K followers. However, an even better measure of the campaign's success is the number of times it was streamed - over 45 million Netflix accounts watched Bird Box during the week of its release. A number that even the normally tightlipped brand had to tweet about. 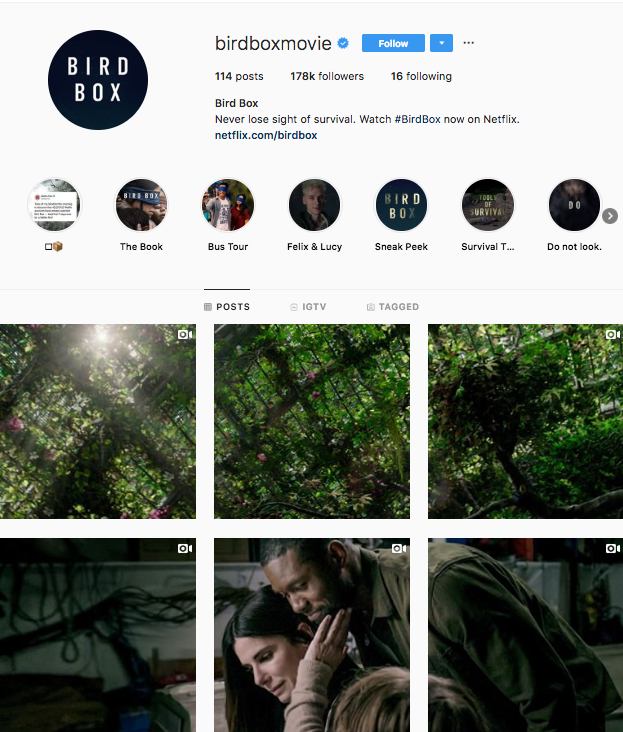 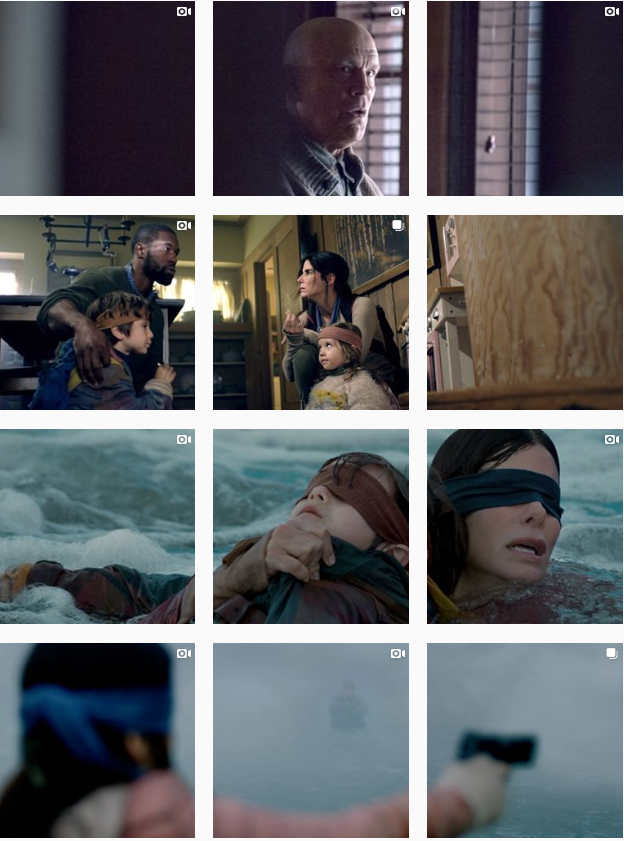 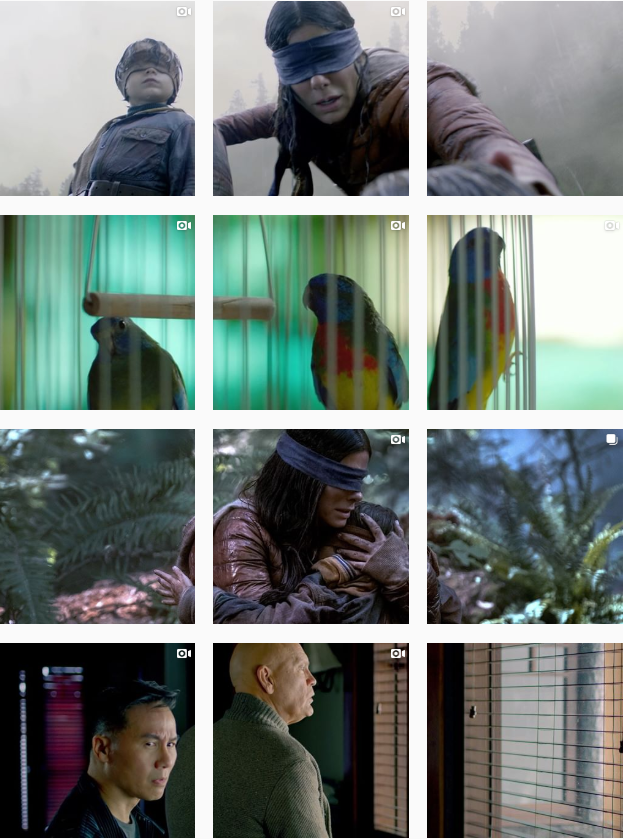 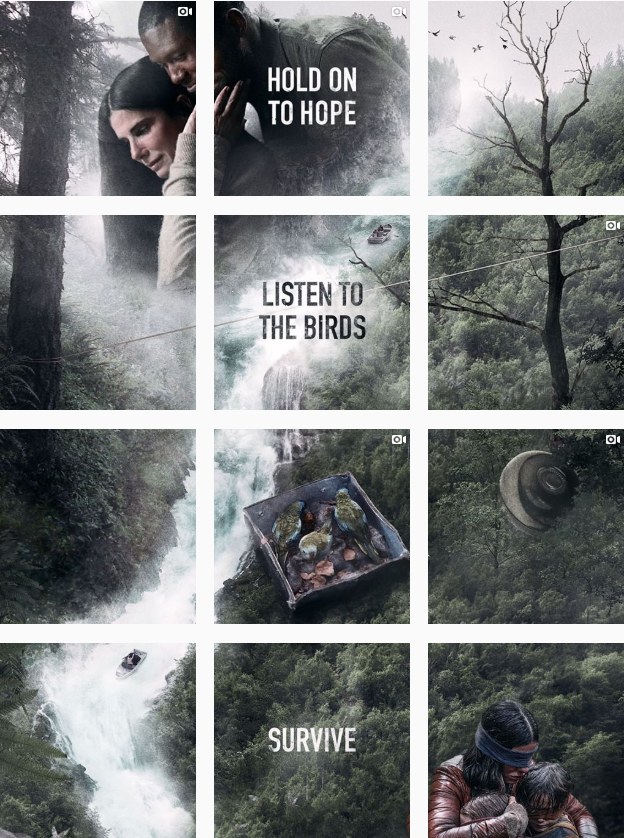 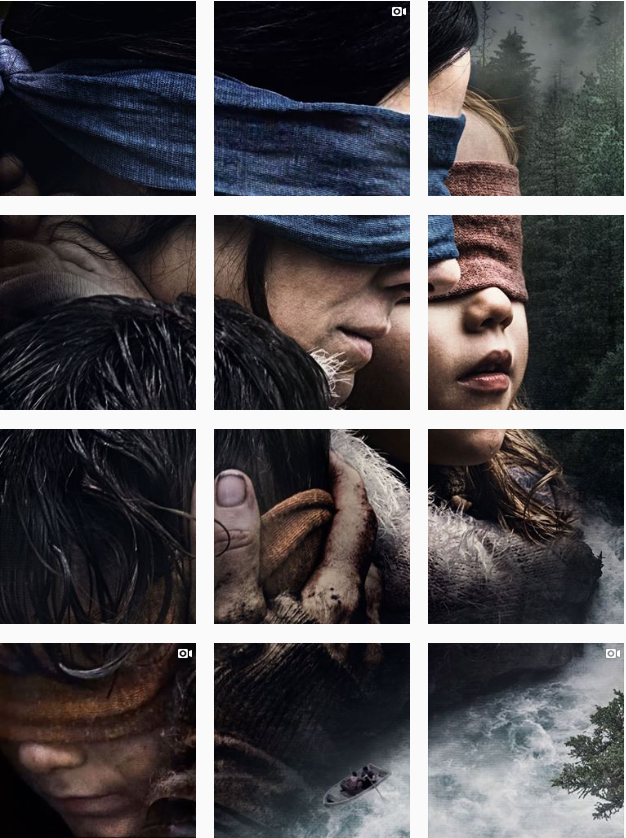 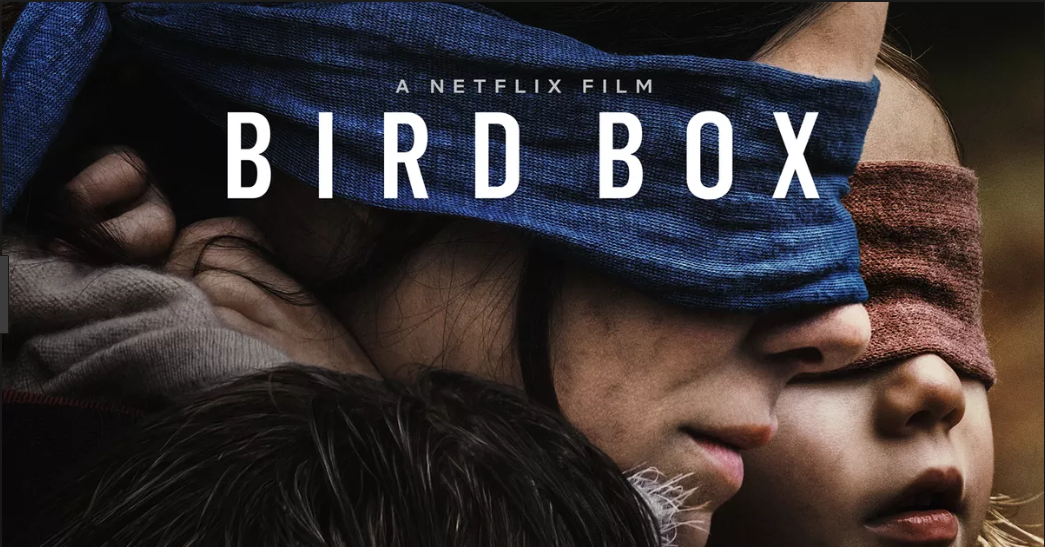