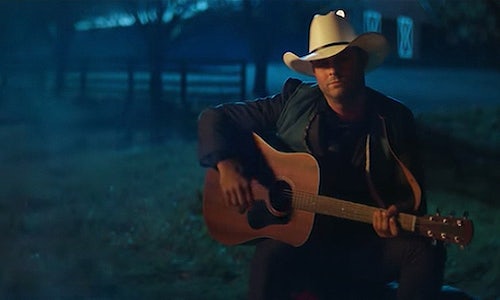 Big Tobacco's Sayin Sorry (Because They Legally Have To)

truth is no stranger to the task of making a less-than-riveting topic -- tobacco prevention -- interesting and relevant to a teen audience.

But in 2018, we had to expose the fact that Big Tobacco was finally forced to admit to decades of purposefully defrauding the American public and issue a legally-mandated apology. It was the result of a decades-long lawsuit that was riddled with delays, legal jargon, and slightly boring details. And ultimately, Big Tobacco's apologies could not have been less noticeable. They featured black and white text, a flat voiceover, and aired at odd times on networks our teen audience barely watched.

We know outrage toward the tobacco industry can directly affect a young person's intention to start smoking, so we needed them to hear the truth about Big Tobacco's deceptive history loud and clear.

We decided to write a country song with CollegeHumor, an integrated marketing partner, parodying the sad, sorry words of the tobacco industry. Since Big Tobacco tried to hide their apology in unnoticeable ads, we wanted to deliver as many eyes on our video as possible. We set out to hit CollegeHumor's video views benchmark of 2 million, and double their engagement benchmarks – 6,200 on YouTube and 5,000 on Facebook. Since we know anger toward Big Tobacco decreases a young person's intentions to smoke, we needed to increase sentiment that Big Tobacco can't be trusted by at least 15%.

The country song needed to be a few things: informative, entertaining, and -- true to CollegeHumor's reputation -- funny.

We set out to tell the story of a Big Tobacco exec who's really, awfully sorry for lying to the American people about the deadliness and addictiveness of his products. His apology is about as sincere as you'd expect from a person making a legally-mandated apology. We made this sad, sorry country song parody as authentic as possible by enlisting seasoned Nashville songwriters and real country music video producers. Our country music video was so authentic, we even had dozens of social media comments asking us to upload the track to Spotify.

When we were ready to release the video, we couldn't let it go unseen. We took over the entire CollegeHumor.com homepage with truth-branded skins, banner ads, and – of course – our video debut. Knowing that our audience uses social media to influence their friends, we took a social-first approach to releasing the video and ran it on CollegeHumor's YouTube and Facebook channels, hoping to see not just high view counts, but high engagement, too.

We secured distribution rights and vertical :10 cut-downs from CollegeHumor & executed paid promotion through truth's handles across Snapchat and Instagram Stories, the two most used social platforms for 15- to 24-year-olds. This allowed us to both deliver incremental reach to our mobile-first target audience, and understand how custom content engagement in neutral environments compares alongside brand creative.

When we started this project, our number one goal was to increase anger toward Big Tobacco. We wanted to get eyes on their legally-mandated apology and shift our audience's perception of their trustworthiness.

We could see that our video was getting attention, but ultimately, the content partnership couldn't be a success without changing our audience's knowledge and beliefs surrounding Big Tobacco. We wanted to increase their perception that Big Tobacco can't be trusted by at least 15%. Ultimately, we saw a 45% increase in that sentiment after exposure to the ad.

After being exposed to the video, 45% of viewers agreed with the statement "Big Tobacco Can't Be Trusted," compared to just 31% when not exposed to the video. Big Tobacco might have tried to hide their decades of indiscretion through a dragged-out court case and a quiet apology, but we sang their sorry for our entire audience to hear – and it worked.

Video for Big Tobacco's Sayin Sorry (Because They Legally Have To)