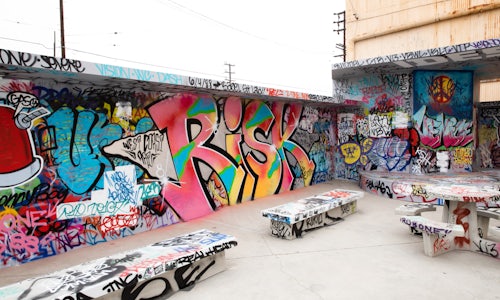 adidas Skateboarding Goes BEYOND THE STREETS

"Skateboarding alongside graffiti and street art share a history of creative rebellion. With BEYOND THE STREETS, adidas Skateboarding will tell the story of how these two subversive art forms have made a profound influence on each other and the world." -- Cullen Poythress, adidas Action Sports Senior Communications Manager

In 2018, adidas Skateboarding strived to heighten its profile and expand its point-of-view to consumers beyond action sports. Although a global brand, adidas Skateboarding fiercely promotes an independent spirit with a marketing ethos that sees consumers as partners, and itself as non-invasive participants of the culture.Through an integrated partnership with BEYOND THE STREETS and a series of game changing activations, the brand set out to demonstrate its position as a positive and contributing force that continuously elevates and support its communities.

Brand objectives were to launch a long-running, holistic campaign in the key city of Los Angeles with multi faceted components enabling the brand to quickly attract and garner the interest of the media, influencers and consumers of art, fashion & lifestyle, sneaker collecting and trends going beyond its core audience - online and word-of-mouth. Through seamless campaigning, the brand also looked to reinforce and advocate its position as the world's leading skate apparel and footwear brand with newsworthy product releases. In addition to gaining increased positive sentiment and wider share-of-voice from the media, the brand also aimed to produce a thread of irresistible activations that inspired attendees to take to their social to further drive the adidas narrative.

BEYOND THE STREETS (BTS) was a major Los Angeles attraction and captured the attention of the nation and the world. The exhibition was a sensory wonderland filled with over 40,000 square feet of breathtaking artwork and highly Instagrammable moments and installations. Celebrating the world's most recognizable names of graffiti and street art the exhibition featured original work from BANKSY, JEAN-MICHEL BASQUIAT, SHEPARD FAIREY, JASON REVOK, CLEON PETERSON, RETNA, GUERRILLA GIRLS, SWOON, TAKASHI MURAKAMI, AND OTHERS.

To accomplish our objectives, adidas Skateboarding worked closely with BTS show curator Roger Gastman to develop a series of integrated, multi-pronged campaigns and brand heritage activations that were rooted in a highly strategic rollout. The mission was to generate burgeoning waves of ongoing awareness and buzz throughout the activations' 12-week run.

At the centerpiece of the partnership was a monumental outdoor installation recreating Venice Beach's legendary graffiti and skate destination – The Venice Pavilion aka "The Pit" – that paid homage to the origins of Los Angeles street skating and graffiti art. The replica of the iconic site, seeped in cultural and brand significance, was a fully skateable and interactive installation showcasing the work of graffiti artists and skateboarders of the era.

In memory of the Venice Pavilion heyday, adidas Skateboarding and BTS launched a Memorial Day BBQ Block Party activation commemorating the historic site with an all-star skate jam, concert and BBQ. The activation was a reunion for the scene's originators and haven for next generation supporters. Ensuring the utmost authenticity, adidas Skateboarding casted a musical lineup of Venice Beach's own punk and rock bands Excel and The Shrine while securing appearances by skate legends Jesse Martinez, Eric Dressen, Daewon Song, Chad Muska, Jason Dill and more.

The adidas Skateboarding and BTS finale campaign celebrated the creative legacy of the world renowned artist Shepard Fairey with an ultra-limited signature Samba ADV and collector's kit. This indisputable collaboration between artist, brand, and exhibition was in recognition of Fairey's contributions in skateboarding and street art. As a part of its official unveiling, adidas and BTS held a star-studded dinner engagement comprised of hand-selected celebrities and cultural icons. Hosted by Shepard Fairey, guests were given an exclusive preview where they immediately took to their social to offer a first-look of the release that would drop the following day worldwide.

The adidas Skateboarding & BTS partnership saw prolific results with the brand positively driving awareness and expanding its influence throughout the consumer and cultural landscape beyond its core audience. Taking adidas Skateboarding into worlds like never before, the overarching campaign earned a combination of nearly one billion editorial and social media impressions. With sustained awareness worldwide, repeat mentions in editorial headlines and the brand owning online and word-of-mouth conversations, the exhibition unexpectedly also announced an additional four-week extension due to popular demand and saw over 90,000 guests comprised of celebrities, cultural influencers, the media and consumers.

adidas Skateboarding and the Venice Pavilion steadily appeared in regular social conversations for 16-weeks. Additionally the product releases and activations produced flooding and spikes in awareness keeping adidas Skateboarding at the forefront of headlines and recurring topic on Instagram, Facebook, Snapchat and Twitter.

Video for adidas Skateboarding Goes BEYOND THE STREETS 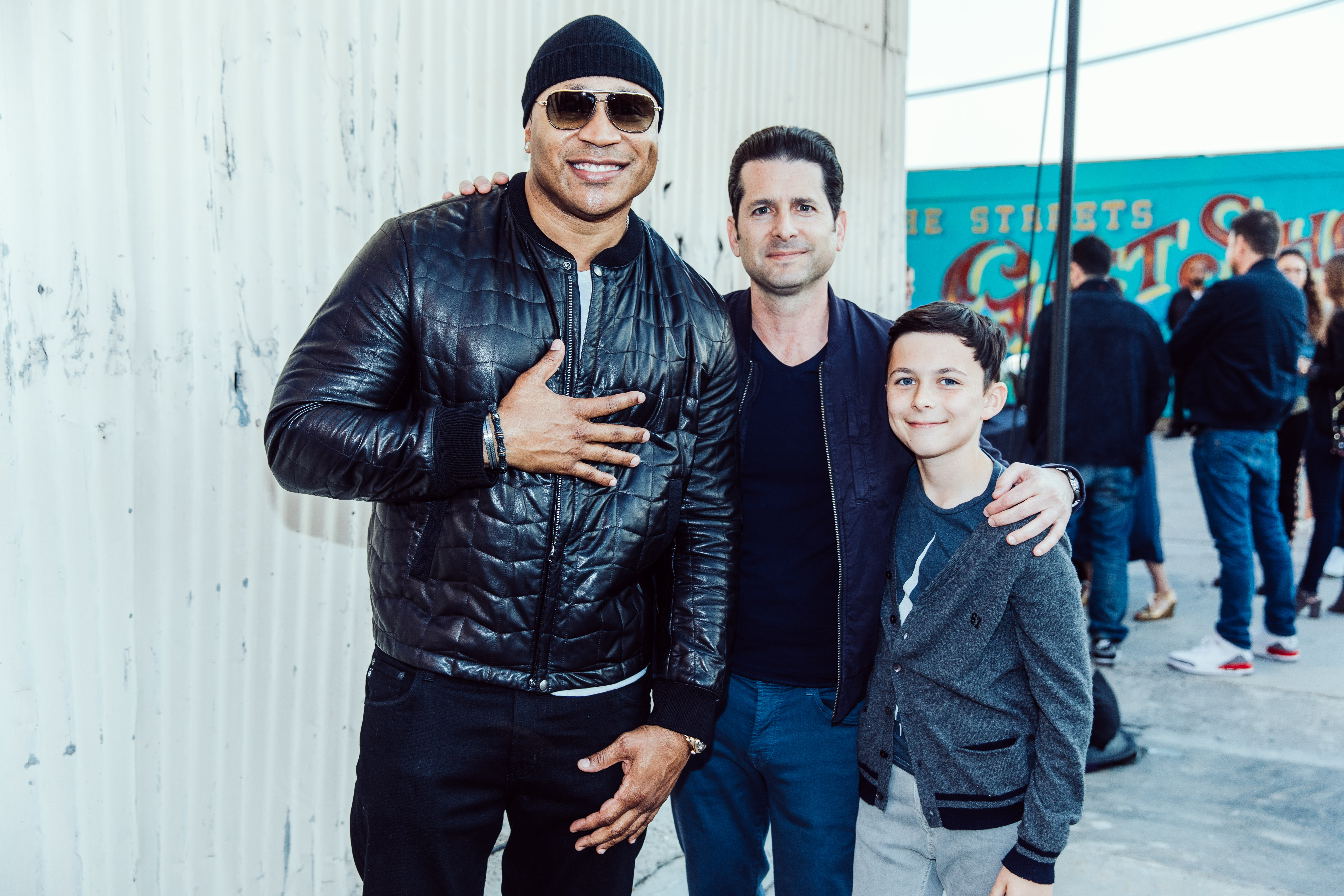 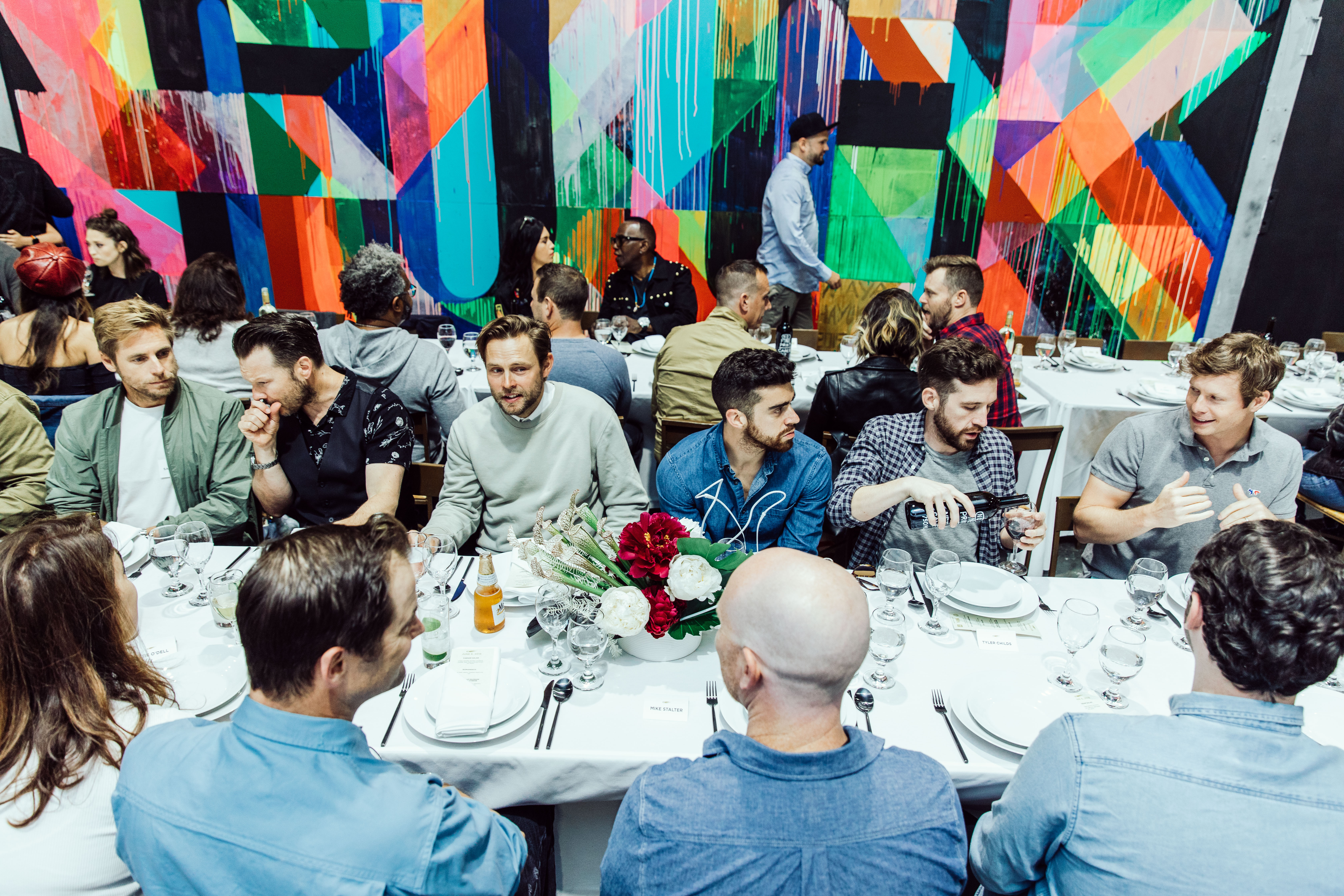 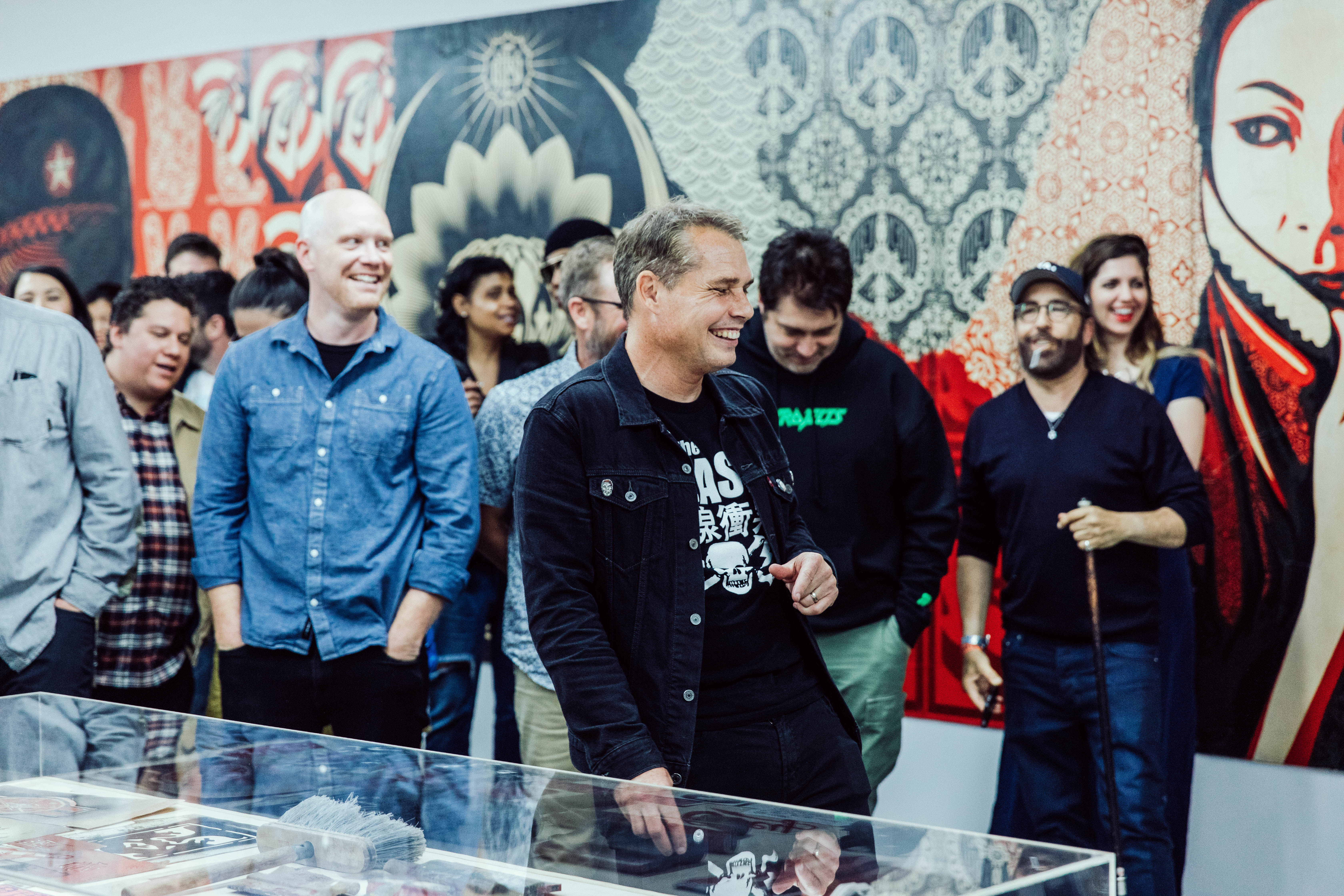 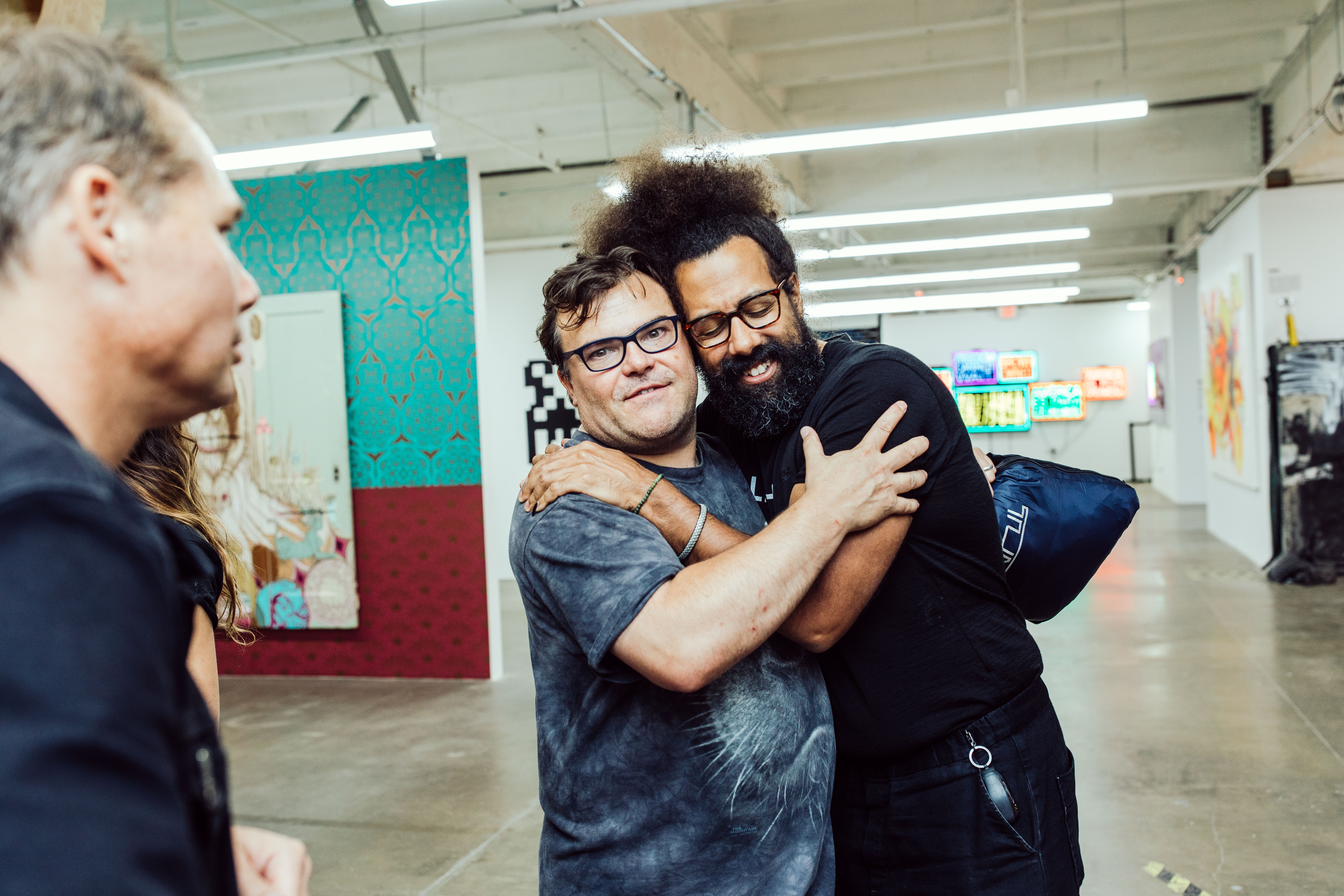 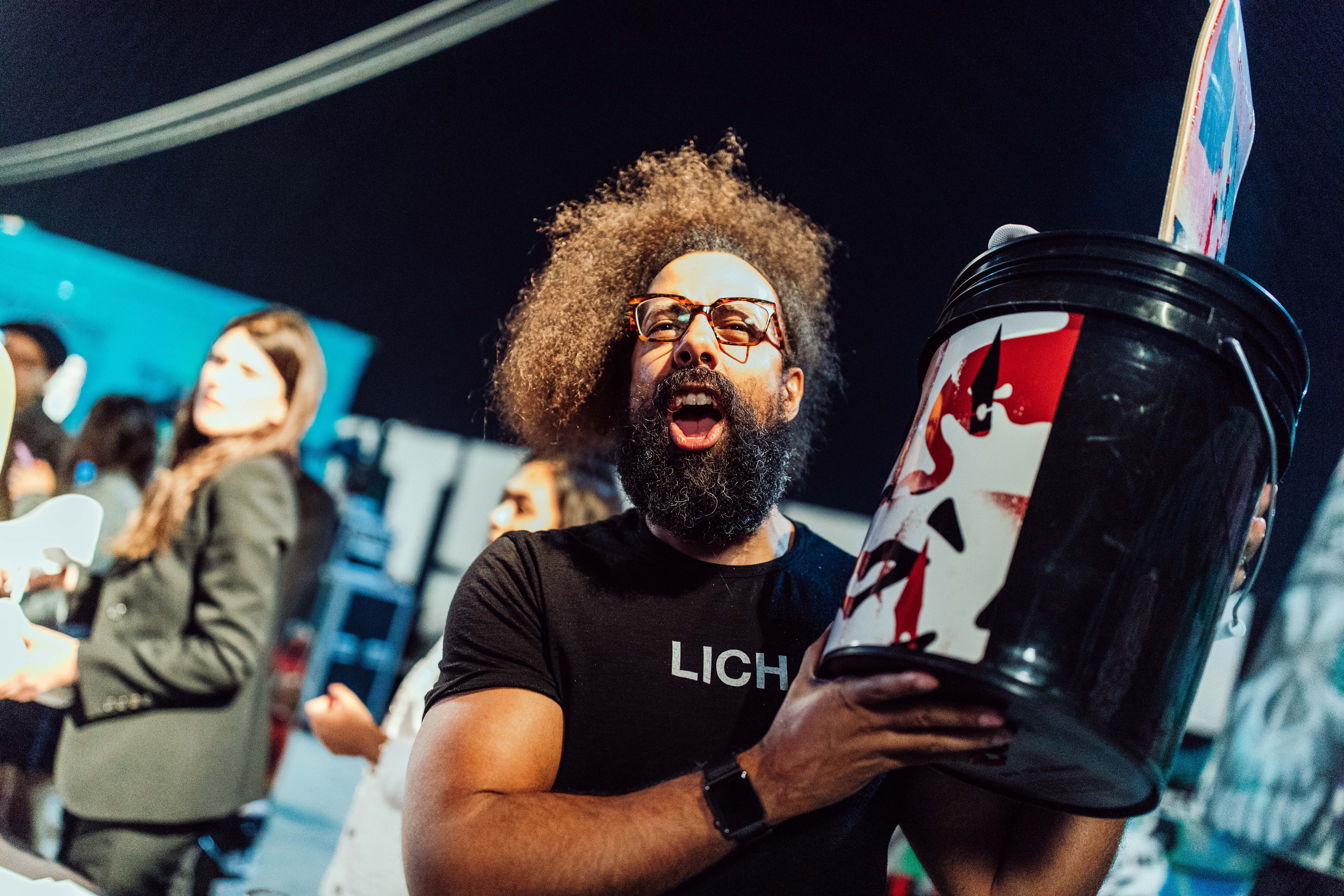 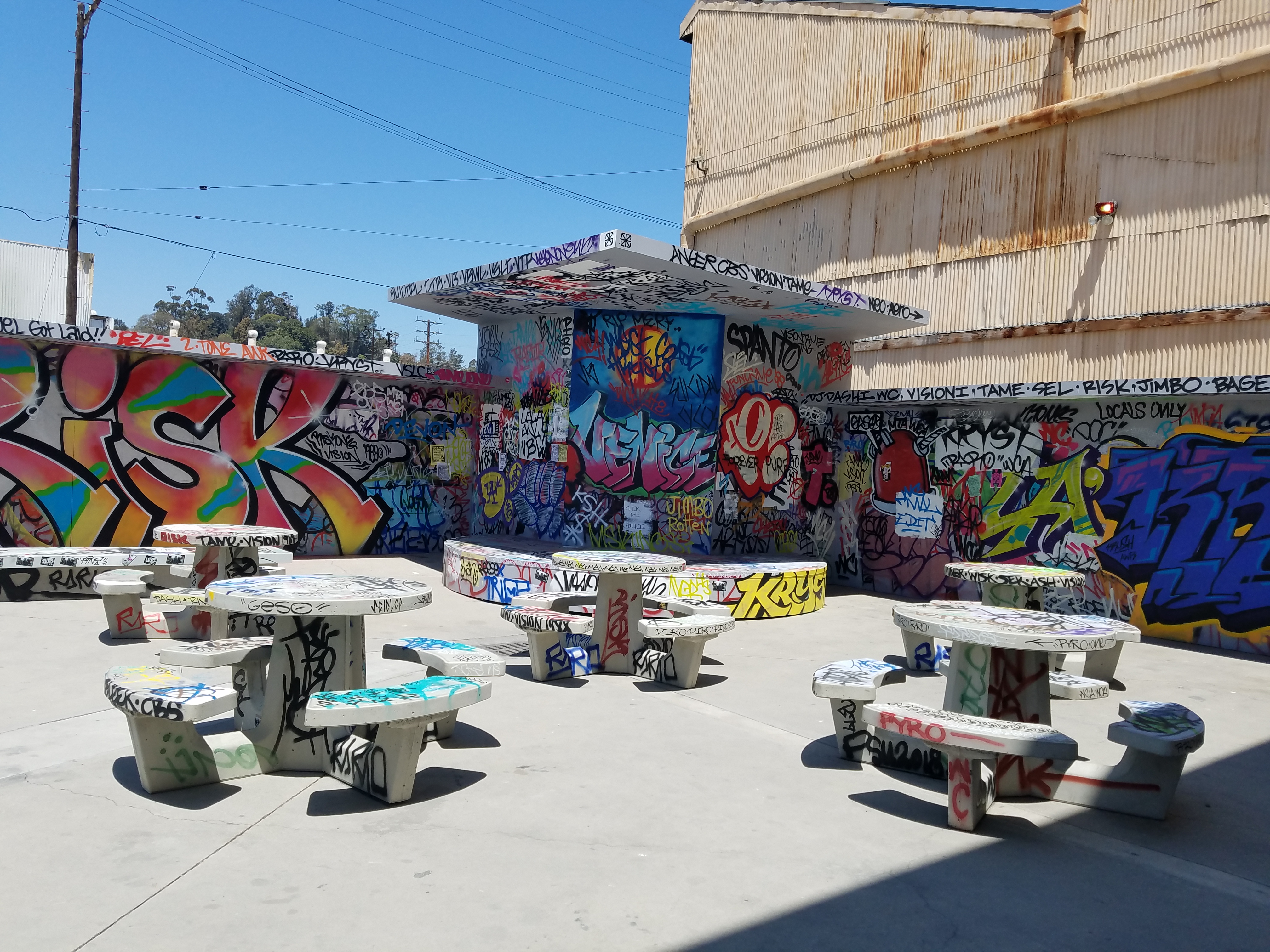 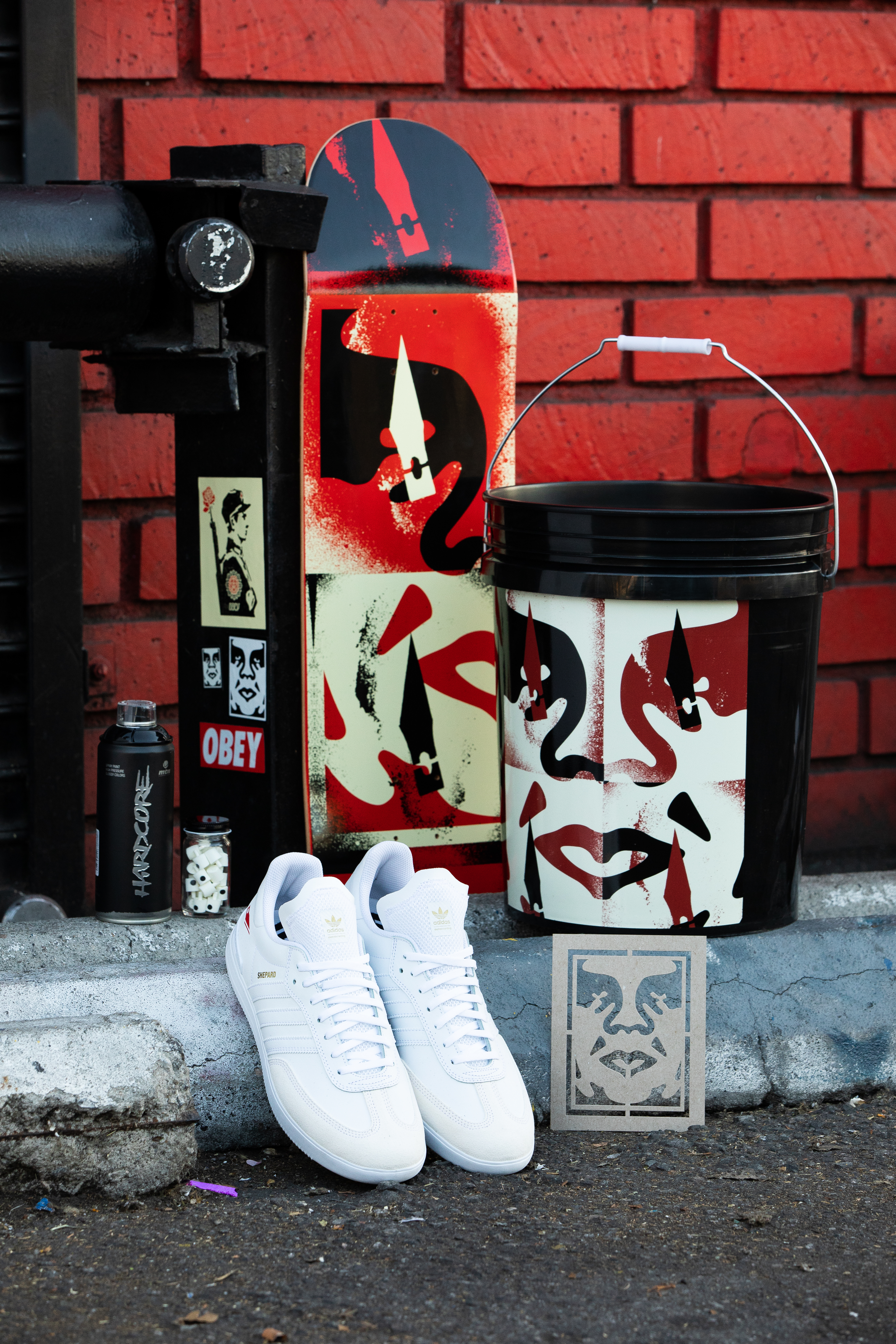 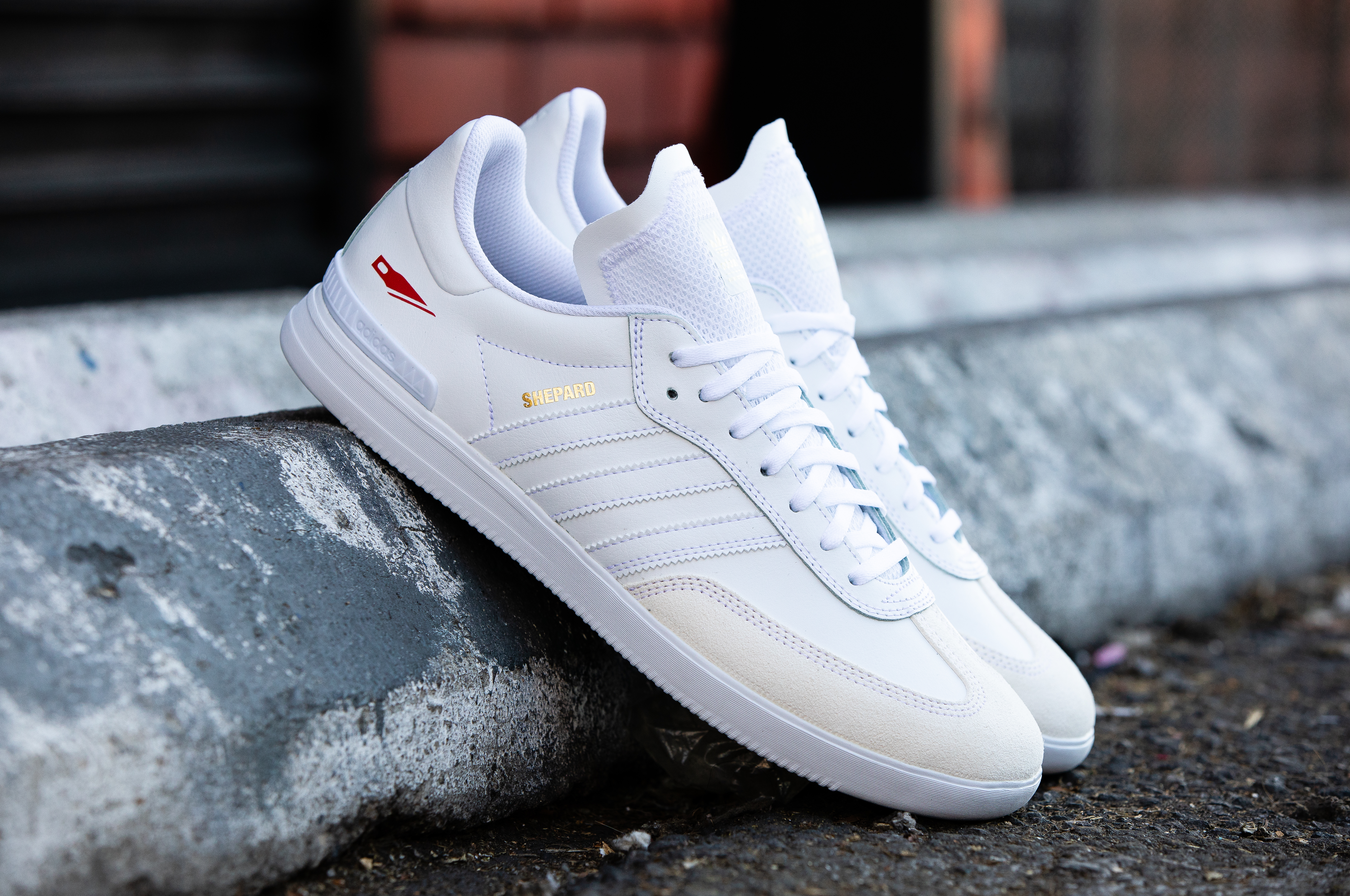 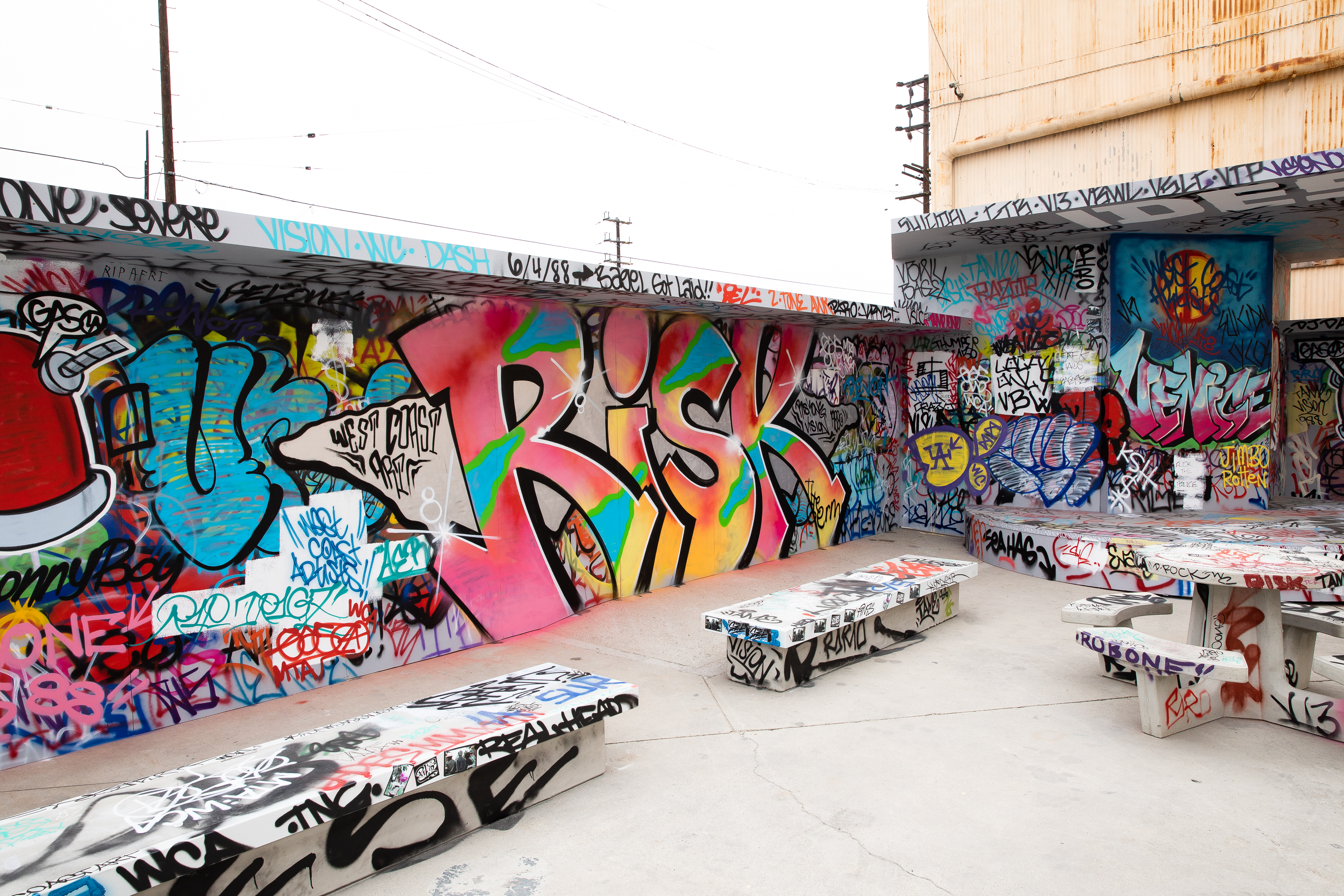 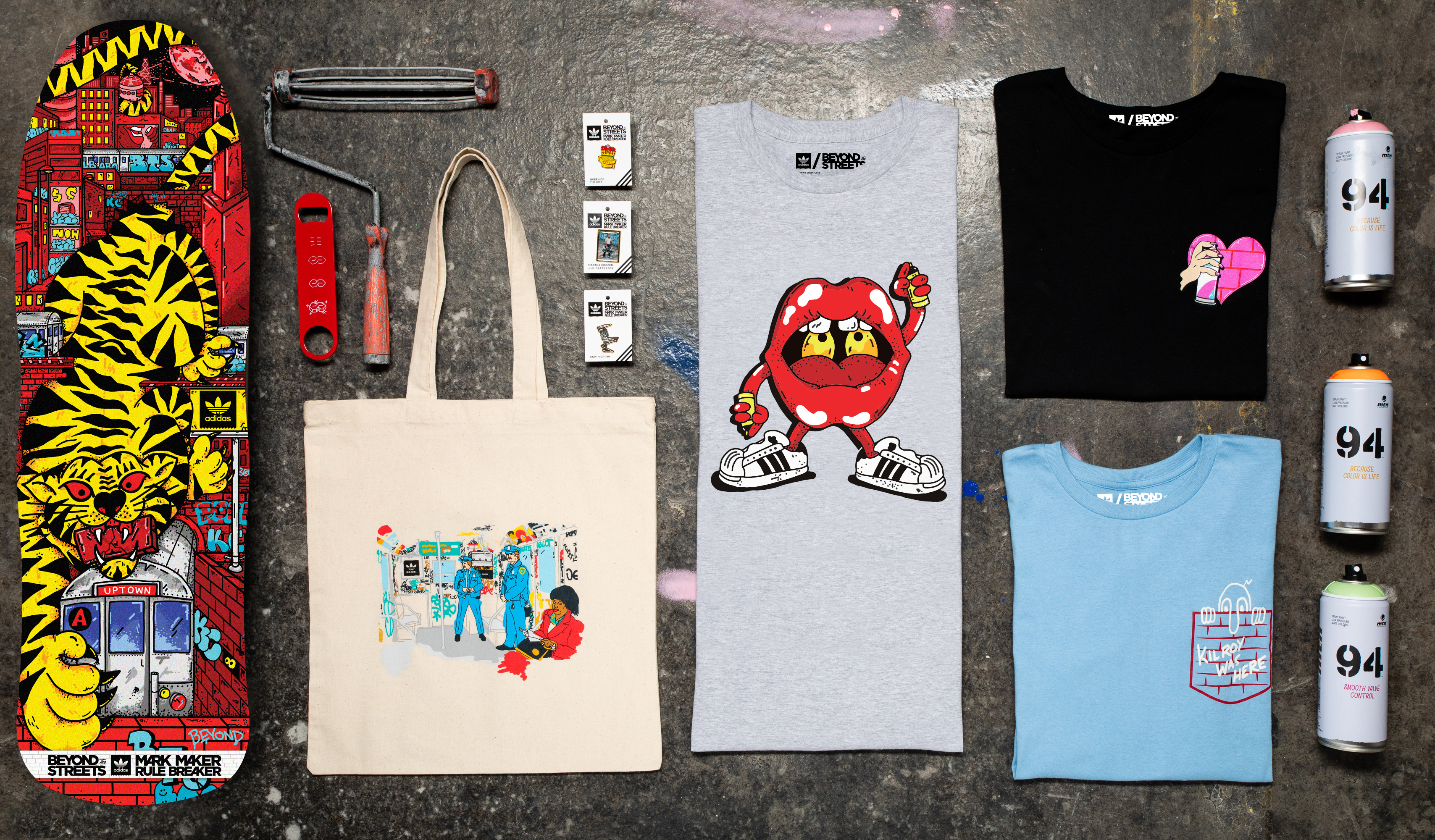 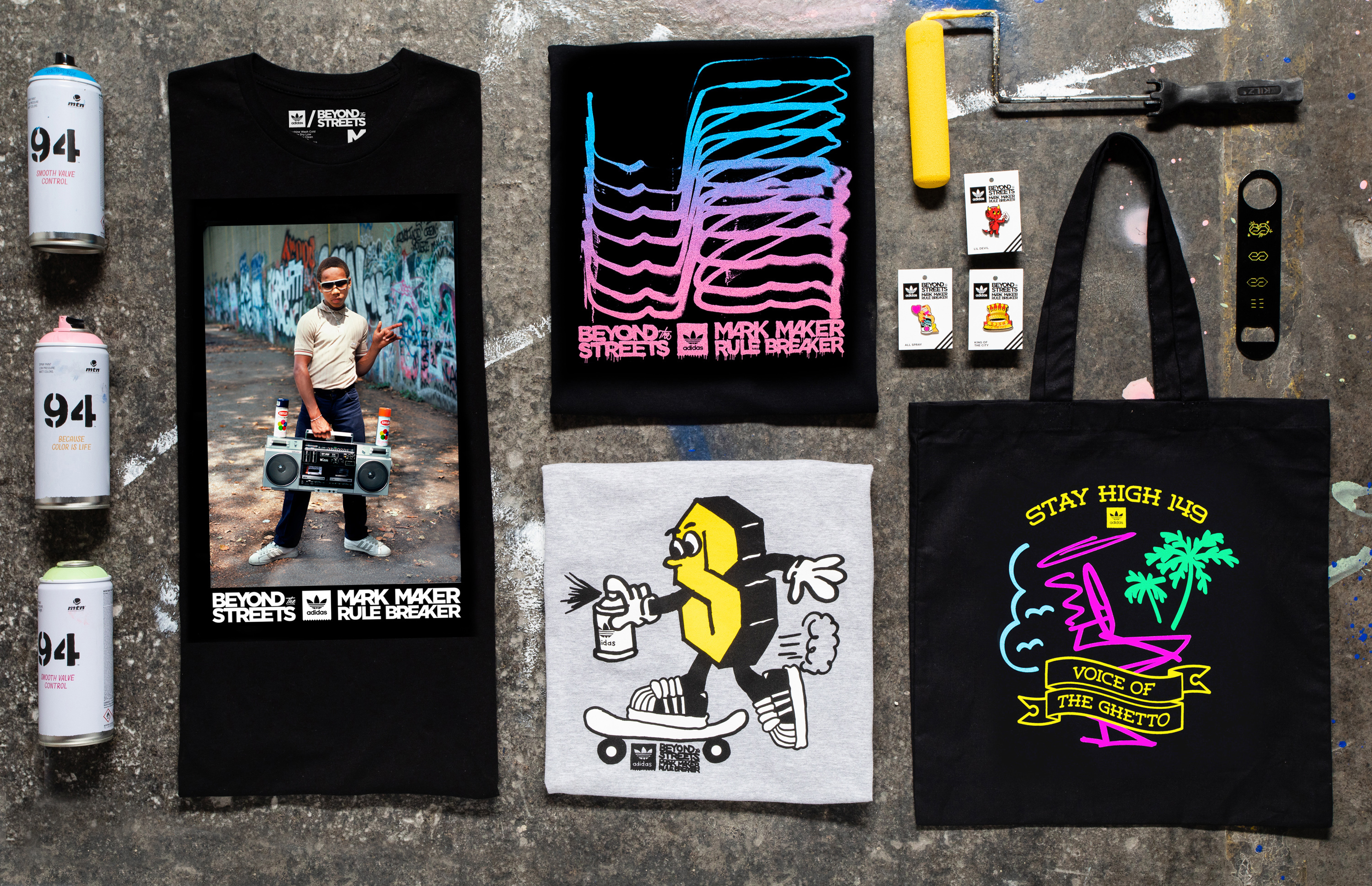 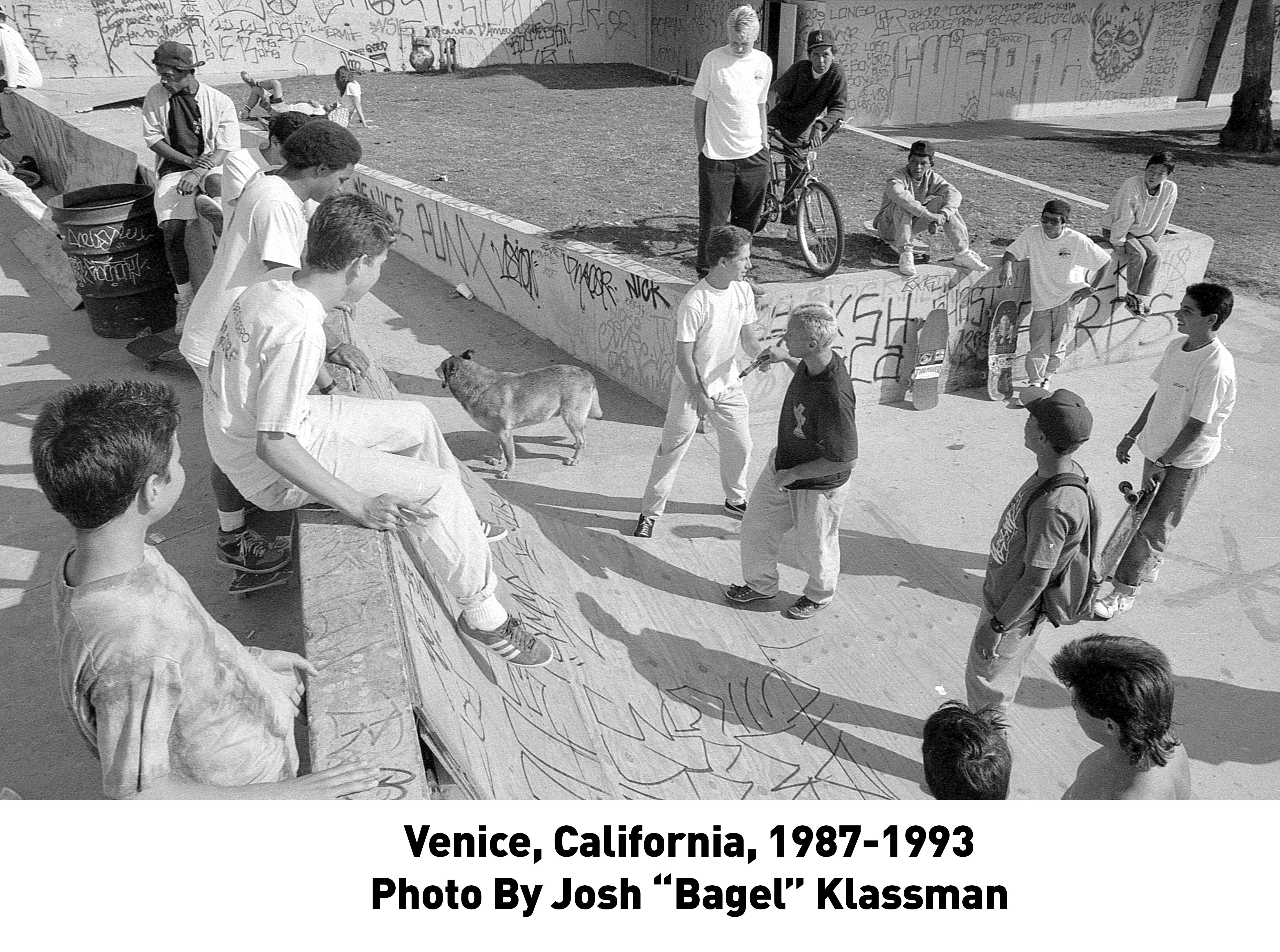 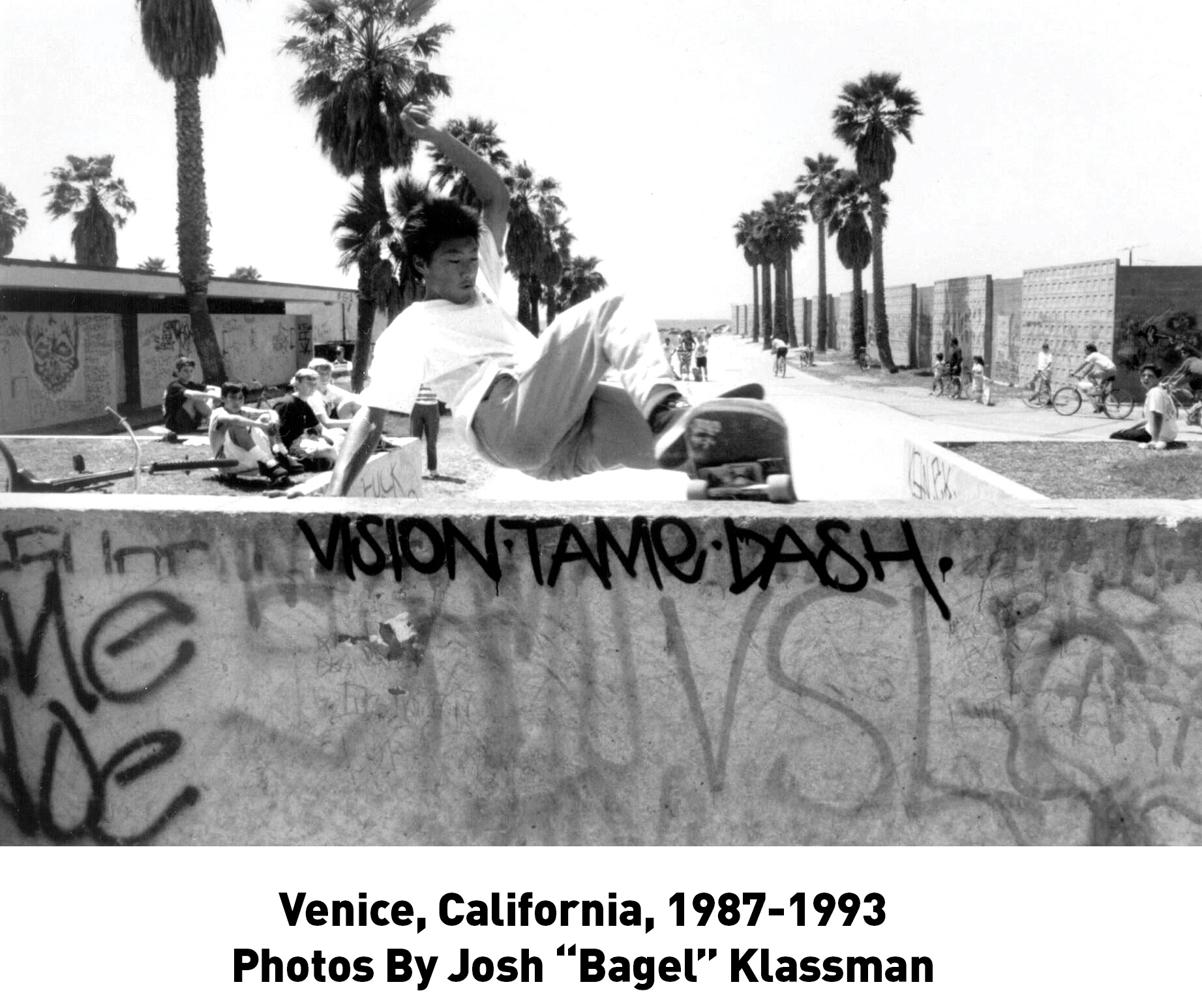 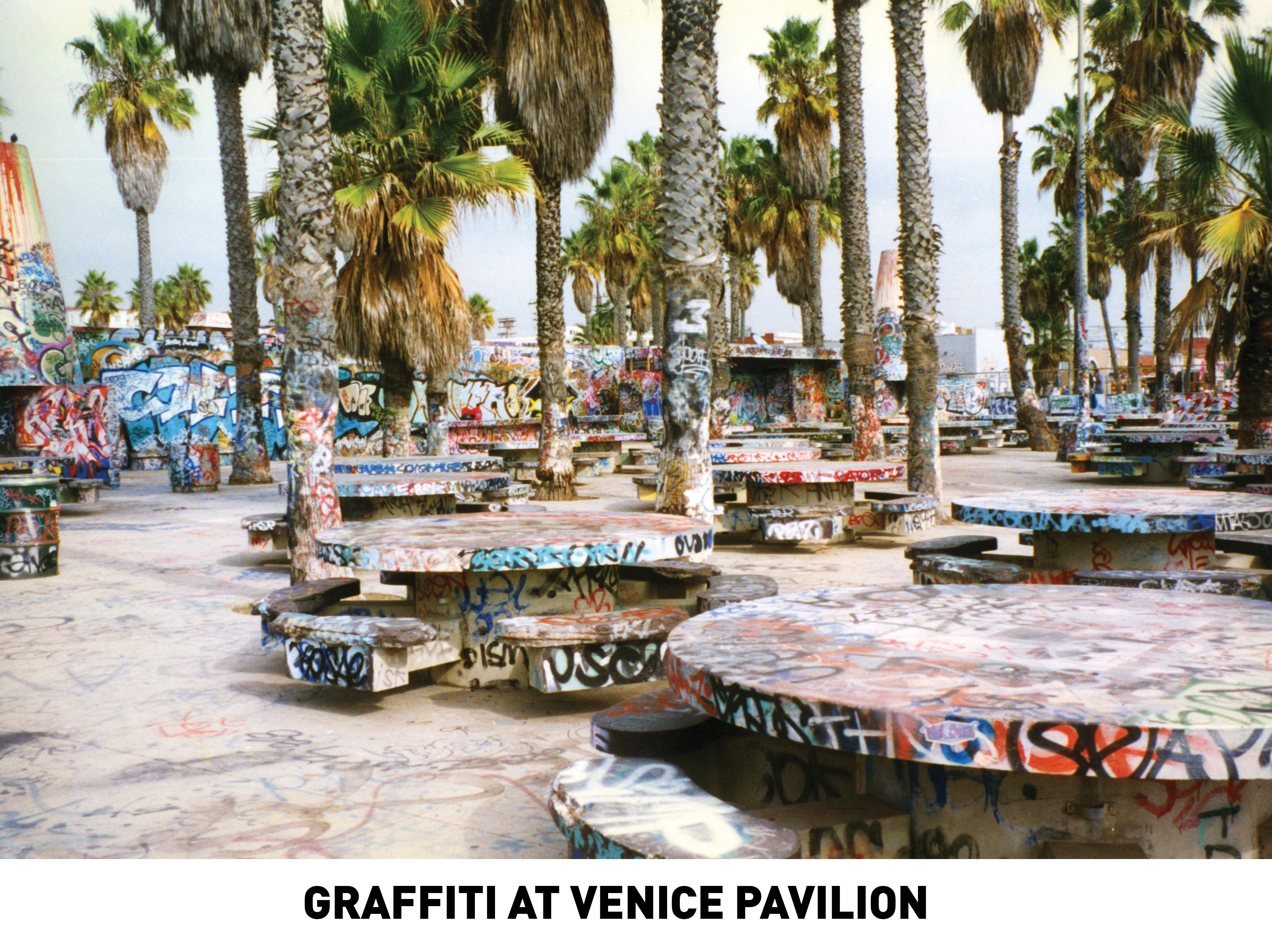