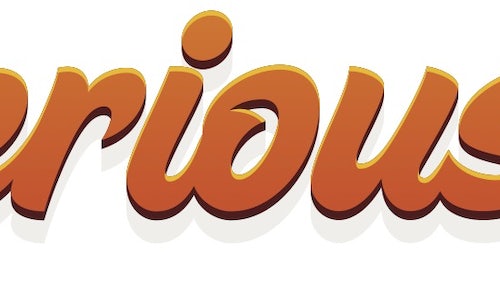 Seriously, a mobile-first entertainment company, is "doing Hollywood backwards" by building an entertainment brand that starts with a mobile game -- Best Fiends -- and grows into animated shorts, consumer products and more. Similar to a big-budget studio, Seriously has its mobile game IP at its core with loveable characters and a convincing story that has been spun out into feature-film style animations and collectible products. The company's ultimate goal is to create an entertainment franchise that comes from a mobile IP.

Seriously's vision is that the future of entertainment brands will be mobile-first, with content that has a direct connection to the audience. The company's five animated shorts are an execution on that vision. Visit Minutia, Best Fiends Boot Camp, Fort of Hard Knocks, Baby Slug's Big Day Out and Howie's Gift demonstrate how Seriously is using branded content to expand beyond its mobile game in order to become a digital entertainment powerhouse. The animated shorts bring the fictional world to life in an innovative way to engage Best Fiends 1.8 million daily active users and fans. To date, the animations have over 20 million combined views and have featured Hollywood talent, including Kate Walsh and Mark Hamill.

Seriously's objective is to design high-quality animated shorts that could be featured before a major motion picture. In reaching this objective, Seriously has developed a new avenue for distributing their branded content and engaging fans with the Best Fiends brand.

To grow the Best Fiends mobile game into an entertainment franchise, Seriously implemented a strategy to demonstrate that Best Fiends is much more than just another mobile puzzle game.

To do so, Seriously leveraged Best Fiends colorful characters and captivating story of the Fiends (protagonists) and the Slugs (antagonists) battling for control of Minutia to create engaging branded content. The fictional world of Minutia and its inhabitants come to life beyond the confines of a phone screen through these branded animations: Visit Minutia, Best Fiends Boot Camp, Fort of Hard Knocks, Baby Slug's Big Day Out and Howie's Gift.

Social Media Strategy: To spark interest from the online community, from both potential consumers and dedicated fans, and raise awareness of the company, Seriously unveiled various trailers and teasers across all social media platforms. Specifically, Seriously used these social media campaigns to introduce both new and old characters to over 3 million follower on social. This helped bring characters to life for the first time outside of the game. On Instagram, the team utilized Instagram stories to roll out teasers to their existing community to give them an "exclusive" behind-the-scenes look, which made them feel an important part of the game's expansion to new platforms. The Seriously team also used YouTube influencers and content creators to reach a wider audience.

Integrating In-Game: Seriously has developed a video player within the Best Fiends game so that players can enjoy the expanding world of Minutia while never having to open a new screen. This video center has helped to redefine how entertainment from different can be consumed in one place for a mobile-first brand, which in turn enhances the user experience. This expanded the reach of the shorts beyond the scope of social media and demonstrated how mobile-first has a unique direct connection to fans that helps make the brand even more engaging and powerful.

Overall the strategy for creating and distributing this original content helped to maximize visibility for the Best Fiends brand in an authentically innovative way.

In total, the five Best Fiends animated shorts have over 20 million total views. In 2019, Seriously plans to create four more animated shorts. The brand has amassed a social following of over 3 million followers and has over 650,000 subscribers to their YouTube channel.

Since the company's launch in 2014, Seriously has grown 65 percent year over year. Additionally, each of the animated shorts releases led to peaks in revenue.