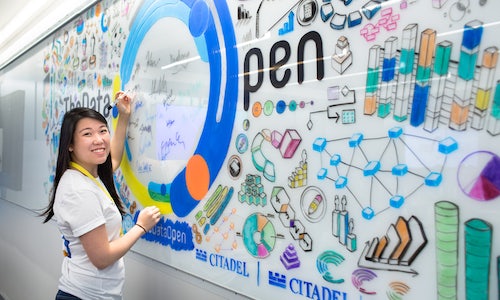 Audition for a Career Through the Data Open

The financial services industry is built on the best and brightest professionals studying financial markets and helping their firms and others to make informed investment decisions. With that in mind, Citadel, a leading hedge fund, and Citadel Securities, a global market maker, created the Data Open to identify and recruit the best students of mathematics, statistics, computer science, and data science at the top universities in the US, UK, Ireland, and Hong Kong. The Data Open (like a hackathon, but for math and data experts) pits university teams against each other to explore vast real-world datasets, discover groundbreaking insights, and detail data-driven solutions to socially impactful problems. Winning teams received cash prizes, eligibility to interview at Citadel, and an invite to the Data Open Championship held on the floor of the New York Stock Exchange.

The overall aim was to enhance the perception that Citadel and Citadel Securities are employers of choice for those who have a passion for data science. In addition, Citadel and Citadel Securities set a goal to increase the number of qualified applicants from target universities by showcasing the type of datasets team members get to explore through a career at a leading hedge fund and market maker.

The overall strategy was to develop a "talent audition" for the best and brightest students who are interested in data science and offer them the opportunity to compete against each other while they explore real-world datasets. At top universities around the globe, Citadel organized approximately 20 Data Open competitions in 2018, culminating in the Data Open Championship at the New York Stock Exchange. The 2018 Data Open series allowed more than 1,800 participants to compete and learn more about careers in the financial services industry.

While the Data Open event strategy focused on cultivating exciting and meaningful competition, the social media strategy focused on giving the students more of an opportunity to connect to one another. We started by promoting a "trailer" video to create excitement around the Data Open and highlight the importance of data science as a field of study, thereby giving the students a sense of pride as a group. We then promoted school-specific social media updates to inspire students to form teams. At the same time, we allowed students to connect to one another, and get exclusive career advice, through an invite-only Facebook Group called Office Hours.

The team also built a Facebook Chatbot, an innovative platform that garnered significant engagement with potential recruits. We also challenged their egos by asking them to "Beat the Bot." The Chatbot included a series of complex math problems and those who correctly answered the questions had their applications sent to the front of the line for consideration. The Chatbot was also chosen to help position Citadel as an innovative, early-adopter of new technology – a key trait that resonated well with the key target audience.

The social media campaign had a reach of over 5,055,566 impressions. It also helped increase the number of applications for entry-level quantitative research positions by 74% year-over-year. Additionally, students interested in the Data Open spent 149% more time on the Citadel website overall than other visitors. There were over 31,000 link clicks to the Data Open website.

The Facebook Chatbot garnered over 5,500 new Facebook Messenger conversations upon launch and we saw a 200% CTR performance increase compared to previous paid advertising efforts around the Data Open.

In terms of earned media coverage, there were over 30 unique stories published featuring the Data Open in outlets such as Bloomberg, Harvard Business Review and Business Insider. Media interviews were also facilitated to add further color to the media coverage.

Video for Audition for a Career Through the Data Open 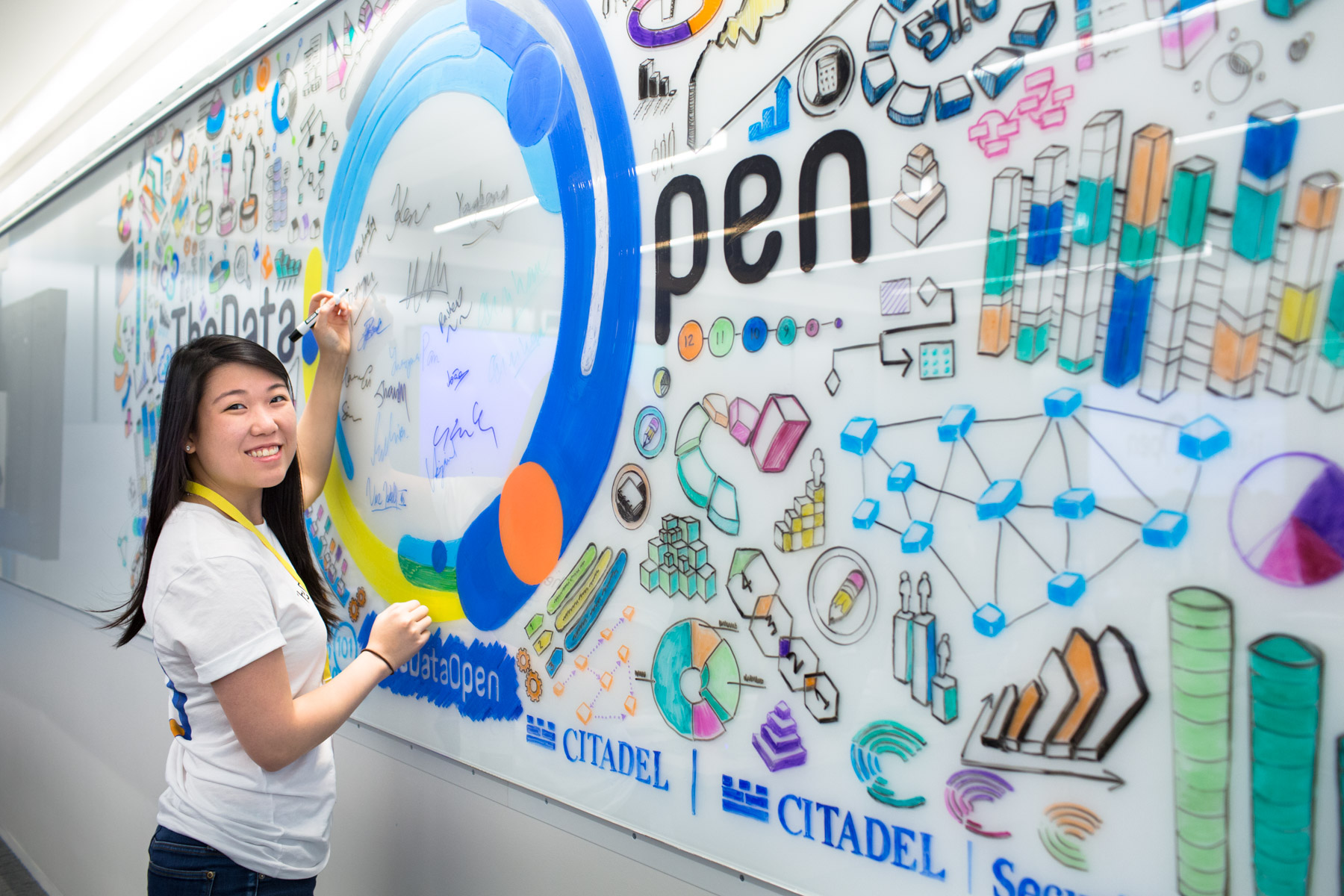 Citadel (The agencies that supported Citadel in this effort include Correlation One, Edelman, and Cloudberry)