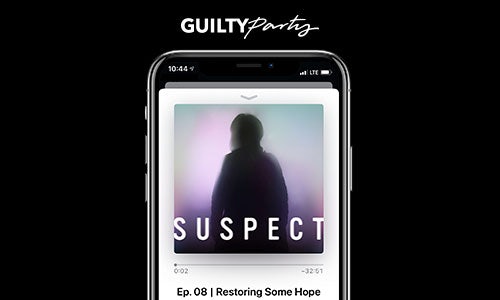 The future of entertainment will require engaging all human senses. Long gone are the days of passive consumption and primetime tune-in—we've officially surpassed the tipping point wherein audiences require a second screen and sanctioned hashtag while watching their favorite shows. Beyond that, social media and niche podcast communities have become the new "watercooler"—AKA hubs where fandoms connect and dissect themes, relationships, and plots from their favorite franchises.

AT&T Hello Lab is at the forefront of this change entertainment evolution. By helping pioneer a shift towards immersive, community-driven content series, the program is redefining what branded entertainment is, and what it can be.

Case in point: "Guilty Party: History of Lying," an interactive YA mystery thriller designed to engage and educate its audience. But it was "Suspect," the series' companion podcast, that offered fans an entirely new entertainment ecosystem by tapping into the explosive podcast trend fueled by smartphones. From 2014 to 2017 alone, the podcasting audience on smartphones increased by 157%. By appealing to the fervent true-crime and entertainment podcast communities, and marketing it as a standalone experience, "Suspect" provided the perfect vehicle for "Guilty Party" sleuths to find hidden clues critical to unlocking the biggest story-centric mystery, while also engaging (and converting!) a greater potential audience.

This first-of-its-kind podcast is a standalone audio experience that represents a shift in storytelling. As AT&T continues to innovate the entertainment industry, the brand challenged us to test new experiential storytelling tactics within AT&T Hello Lab original programming.

Podcast listeners are much more active on every social media channel (94% are active on at least one – vs 81% for the entire population), which means loyal listeners turn into loyal marketers. This insight fueled the strategy behind "Suspect," wherein "Guilty Party's" rabid fanbase became the first fans and advertisers of the experimental franchise podcast.

Over the course of eight episodes, "Suspect" hosts Allie Stein and Cat Carlson explored the intersection of technology, criminal behavior, and the judicial system.

They are two of the fictional protagonists from the "Guilty Party" universe, played by social influencers Audrey Whitby and Andrea Russett, respectively. While the podcast was an element of the show—with both characters often being shown in their recording studio—it was also available to the public at large. The podcast's data, social science, and critical themes are all factual, making "Suspect" a binge-worthy stand-alone product for any true crime fan, but for "Guilty Party" fans, the audio experience amplified the show's fictional universe to bring sleuths closer to solving the story's core mystery. Episodes touched on a myriad of true-crime topics, ranging from conspiracy theories to serial killer behaviors to mysterious cruise ship deaths. Each episode also featured thematic interviews with real world experts—including conversations with an FBI profiler, a body language expert, a Chicago PD sergeant, a media analyst, and an online sleuther.

While "Guilty Party" fans were quick to discover the availability of "Suspect," an exclusive partnership with Gimlet Media also exposed the podcast to the true-crime community at large. Not only was "Suspect" the initial exclusive sponsor for Homecoming, Gimlet's award-winning scripted series starring Catherine Keener, Oscar Isaac, and David Schwimmer, but it had paid media placements within four other Gimlet original shows: Dolores, Sandra, Crimetown, and Science Vs. The Gimlet partnership effectively introduced a wider audience to "Suspect," while secondarily driving awareness of the "Guilty Party" franchise and the AT&T Hello Lab platform.

The podcast also integrated the AT&T Hello Lab brand by treating the program as the sole sponsor of each episode, encouraging new listeners to check out digital series like (you guessed it), "Guilty Party."

"Suspect" represents a shift towards mobile-first entertainment as well as the importance of audio's role in brand ecosystems. By weaving narrative Easter eggs from the series into the podcast, superfans of "Guilty Party" became even more integrated into the show's plot—essentially making them part of the fictional world of Colvin College. Fans engaged with the podcast took their insider knowledge to the "Guilty Party" social community at large, even creating a dedicated #Suspect channel on popular fan forum, Discord.

By expanding the world of "Guilty Party" original content into a standalone podcast, AT&T positioned its brand as not only the sponsor, but the architect and provider of an immersive entertainment experience.

With more than 32,000 downloads in its first 10 weeks, "Suspect" demonstrates that audiences crave meaningful engagement with their favorite franchises. The most invested audience members want to obsess over, theorize about, interact with, and co-create the overarching narrative. After all, the "Suspect" hosts are fictional characters. But for the first time in podcast history, fictional characters interviewed real-world experts on everything from the future of crime to FBI protocol to media literacy. The result was a cohesive eight episode season available to the podcast community at large, but for those in the know, "Suspect" served as a sort of secret handshake.

By creating a mobile-first ancillary experience, fans were able to engage with the "Guilty Party" story beyond the show's eight main episodes. The mixed-media narrative allowed for "Suspect" to serve as an educational entertainment hub in the "Guilty Party" ecosystem, with real-world value outside of the fictional narrative. The success of the podcast, in addition to the response from zealous fans, indicates that when when content adds value on its own, audiences will suspend any disbelief and double down on their engagement. 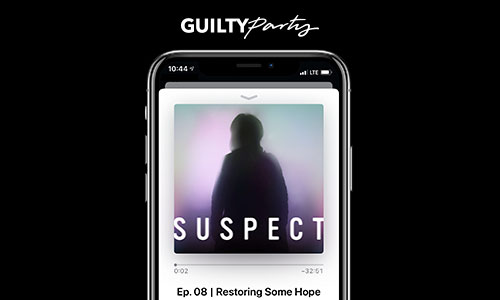