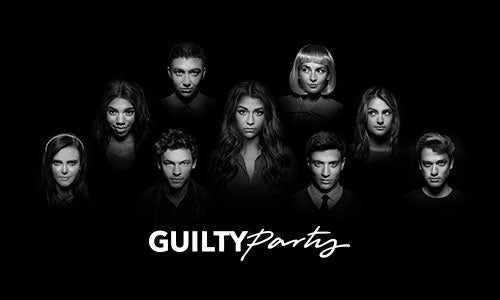 If we have a moment to ourselves these days, we are as likely to scroll through images of our friends' lives as we are to flip on the TV. The expansion of social networks has made it so that, increasingly, our friends are our entertainment and as such, young consumers are demanding that their entertainment be their friends.

Tapping into this trend, we created "Guilty Party"—a real-time scripted original series that played out over eight weeks across seven social networks in a participatory multi-screen content experience.

In creating this season of "Guilty Party: History of Lying," our objectives were as follows:

Our strategy was to build an original series with a new narrative model that functioned more like a "friend-group" rather than a traditional "show," always engaging with our fans as if they were students who attended the same fictional school as the main characters and were also trying to solve the mystery.

In order to achieve this, we knew that we needed to replicate the behavior of the consumer on YouTube, rather than of brands or other content series. By researching the way that drama rolls out on YouTube, and so much going down in the comment section, we designed "Guilty Party" to replicate the audience's natural behaviors as they react to a big event or try to solve an Internet mystery.

For Millennials and Gen Z consumers, there are no hard and fast "content rules" for the channels they follow. "Guilty Party" embraced this by rolling out the story in real time through a mixture of traditional mid-form episodes, character vlogs, fictional pre-roll advertisements, and professor lectures—all of which are available on YouTube. Each video had an in-story reason that it was being posted to the YouTube channel, whether it was a required homework assignment or a character trying to absolve themself of suspicion.

Young consumers come to YouTube for the videos but stay for the comments. As such, we expanded the story-world by creating YouTube profiles for every character in the show, allowing us to continue the story in the comments, hide clues in conversations, and for characters to chat directly with our real-world fans. Fans looking to dig a little deeper, could go to characters profiles and find even more backstory.

"Guilty Party: History of Lying" created a new template for audience participation in entertainment. In total, the franchise published eight episodes, 21 character vlogs, eight podcast episodes, and 1,700+ pieces of social content, garnering over 89 million views and over 83 million fan engagements. In fact, on YouTube—where we had no paid media—our engagement rate averaged 19.94%, far above industry and category norms.

And the engagements keep on coming. Despite the season being over, fans are still active both on YouTube and in the Google Classroom, using them as safe spaces to continue to explore tough issues. We were also able to see lift on key AT&T brand metrics such as relevance and innovation for viewers.

Honestly though, the lasting impact the show has had on fans has been the most rewarding outcome. We think one of our fan comments from YouTube sums it up best: "Thank you for allowing us, the audience, to experience such a great story as if we were there. Can't wait to see what AT&T has planned for the future and how we can get involved and help!!" 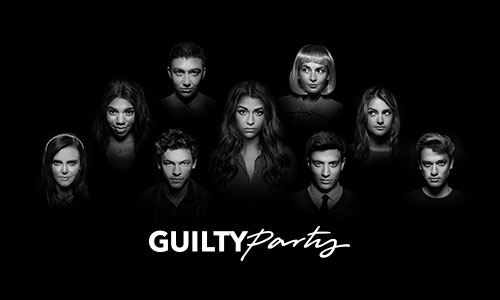