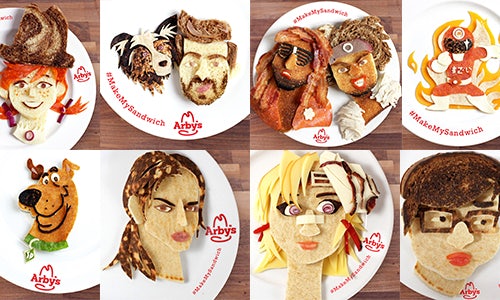 Arby's wants to own sandwiches. So, to put itself at the top of the category — and ensure it wasn't "sandwiched" (heh, heh) between its competitors — Arby's refreshed its "We Have the Meats" brand position to showcase the variety of sandwiches it offers. As Arby's Social AOR, our challenge was to create a campaign that, working in conjunction with the launch of Arby's sandwich-centric messaging on TV and digital, would (1) disrupt the sandwich conversation on social and (2) drive buzz and engagement in a way that no other QSR brand had done before.

Since the launch of our partnership with Arby's in 2015, we've wowed the brand's fans on social by creating custom, hand-crafted content made from Arby's humble packaging materials. To date, this content — especially when created in direct response to user requests — has been our most successful. If we could find a way to use Arby's sandwich ingredients in a similar fashion, the resulting creative would attract attention, inspire engagement and encourage follower requests and shares. Most importantly, it would achieve our campaign's key goal: bring Arby's to the forefront of the sandwich conversation on social in a way that no other QSR brand could.

Our big idea: evolve the highly successful Arby's packaging papercraft into real-time, quick-response, social portraits — all drawn by hand using Arby's sandwich ingredients — of celebrities, influencers and symbols from nerd culture. To help the campaign resonate on the personal level with our audience, we'd Surprise & Delight everyday Arby's fans by turning their pictures into sandwich portraits, too. We were certain that, once fans started hearing about Arby's sandwiches and seeing custom sandwich portraits go live, everyone would want one.

To kick off the campaign, which launched in conjunction with Arby's sandwich-centric messaging going out across TV and digital, we asked celebrities and "friends" of the brand — from Macaulay Culkin and David Archuleta to Andrew "Beef" Johnston — to tag @Arbys with seeded requests to have their portraits made, with the "hashtag ask" uniting them all: #MakeMySandwich. One by one, and using only Arby's sandwich ingredients, we artfully drew each person's portrait and replied to them with our finished "sandwich" creations. As predicted, after the first few posts went live, requests for sandwich portraits started rolling in on Twitter. Over the course of three weeks, we filled more than 100 "custom sandwich portrait" orders for Arby's fans, all of which were shared across multiple platforms, including ongoing real-time Twitter replies, a two-hour Facebook Live, build-along videos, Instagram Stories, carousels, galleries and more.

Arby's wanted to own the sandwich conversation on social, and we delivered. Using only Arby's sandwich ingredients — and responding within hours of brand fans' requests — we created more than 100 hyper-personalized, handcrafted pieces of content for social. In less than three weeks, our campaign generated:

Arby's fans weren't the only ones getting in on #MakeMySandwich fun. When Wendy's, one of Arby's primary competitors, requested a custom sandwich portrait, we happily delivered (but with the added "topping" of an Arby's hat, of course) to the delight of fans all over social.

The #MakeMySandwich campaign was an authentic, entertaining and engaging way to educate new and potential Arby's followers about the brand's sandwich variety while upholding the look, feel, voice and tone Arby's is known for on social. This campaign not only propelled Arby's to the forefront of the sandwich conversation, it also drove 1:1, personalized communications with the brand's most loyal fans in an authentic, uniquely Arby's way. 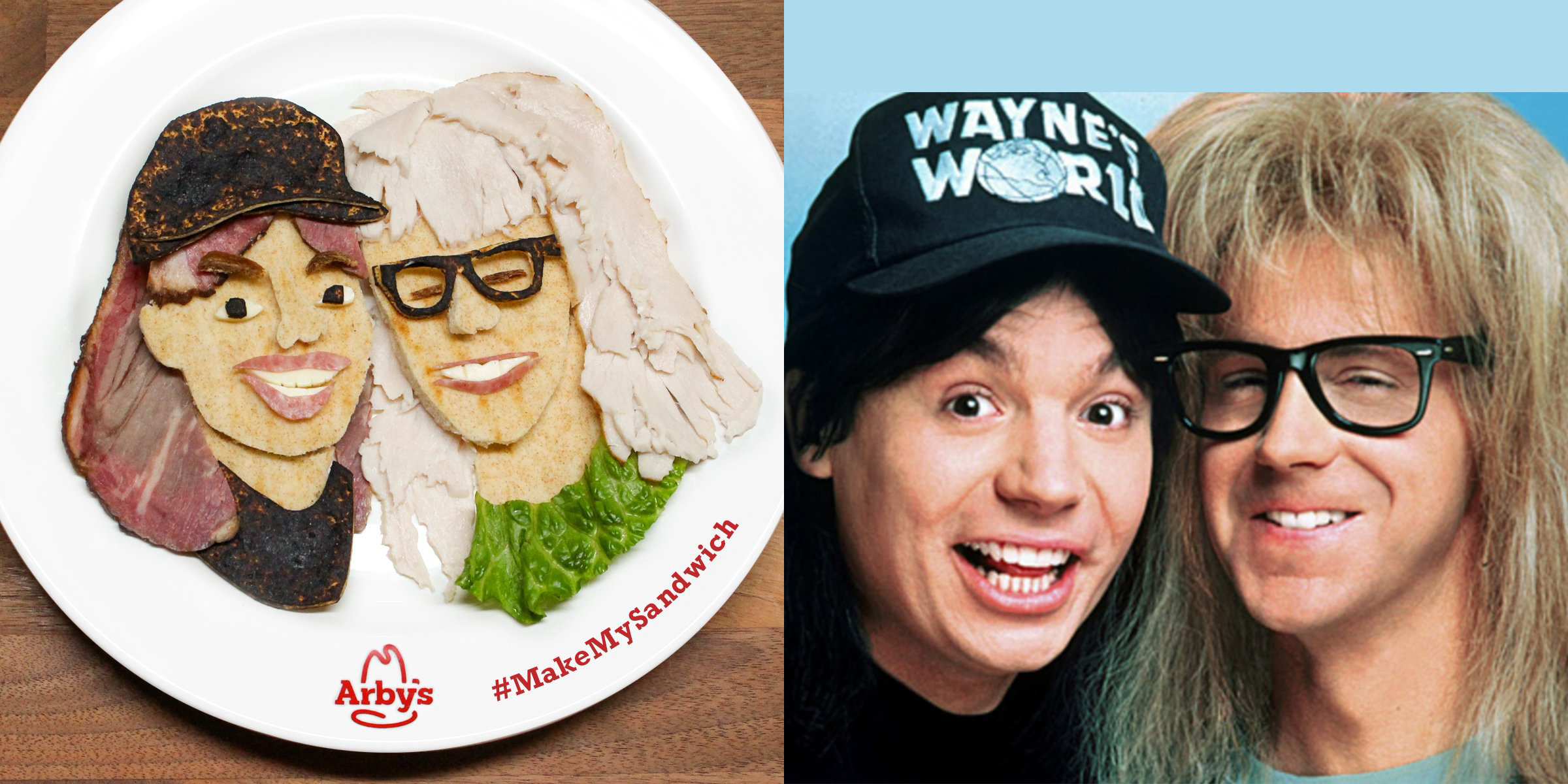 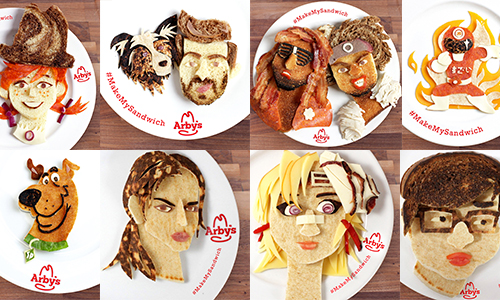 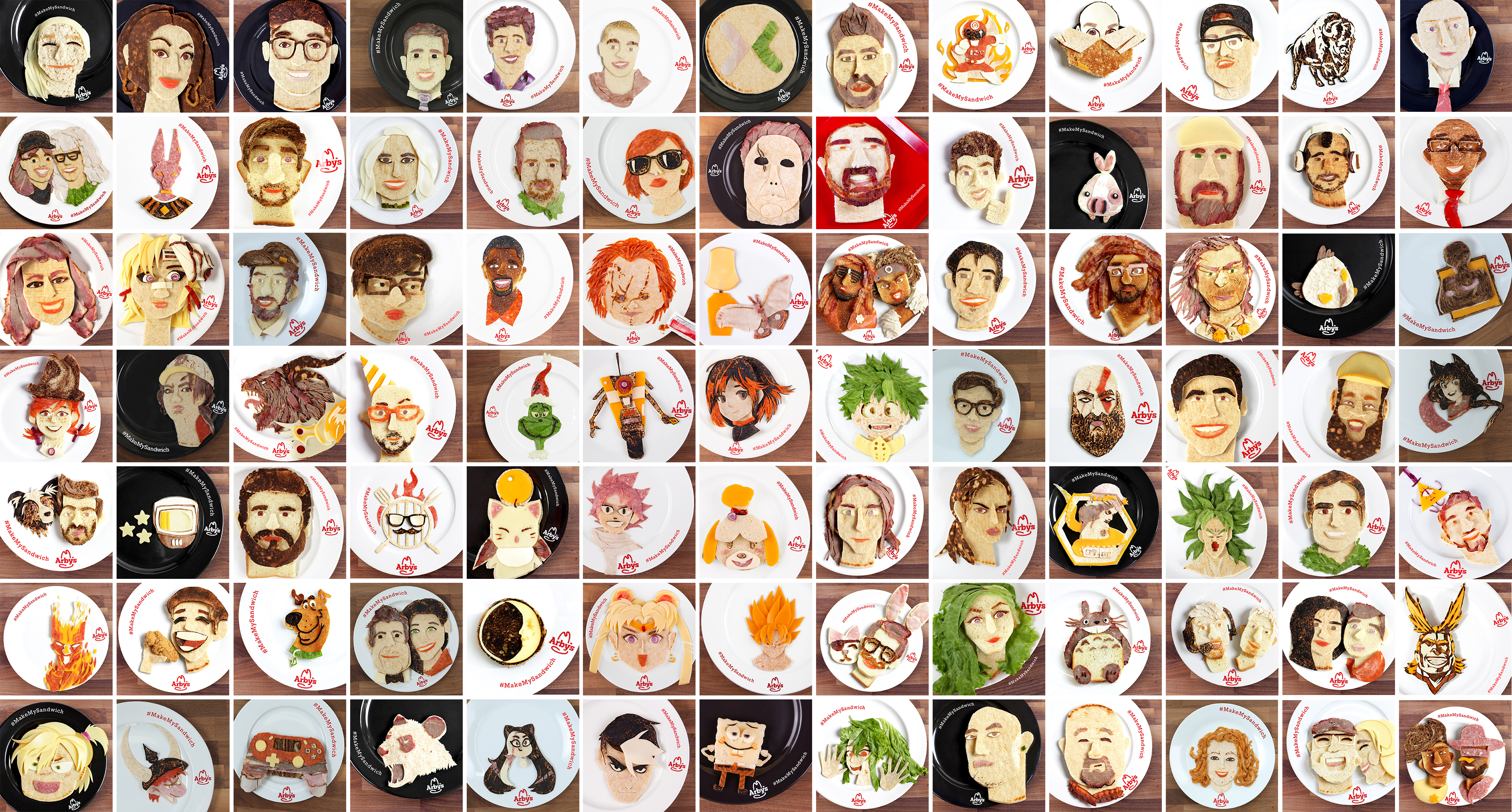 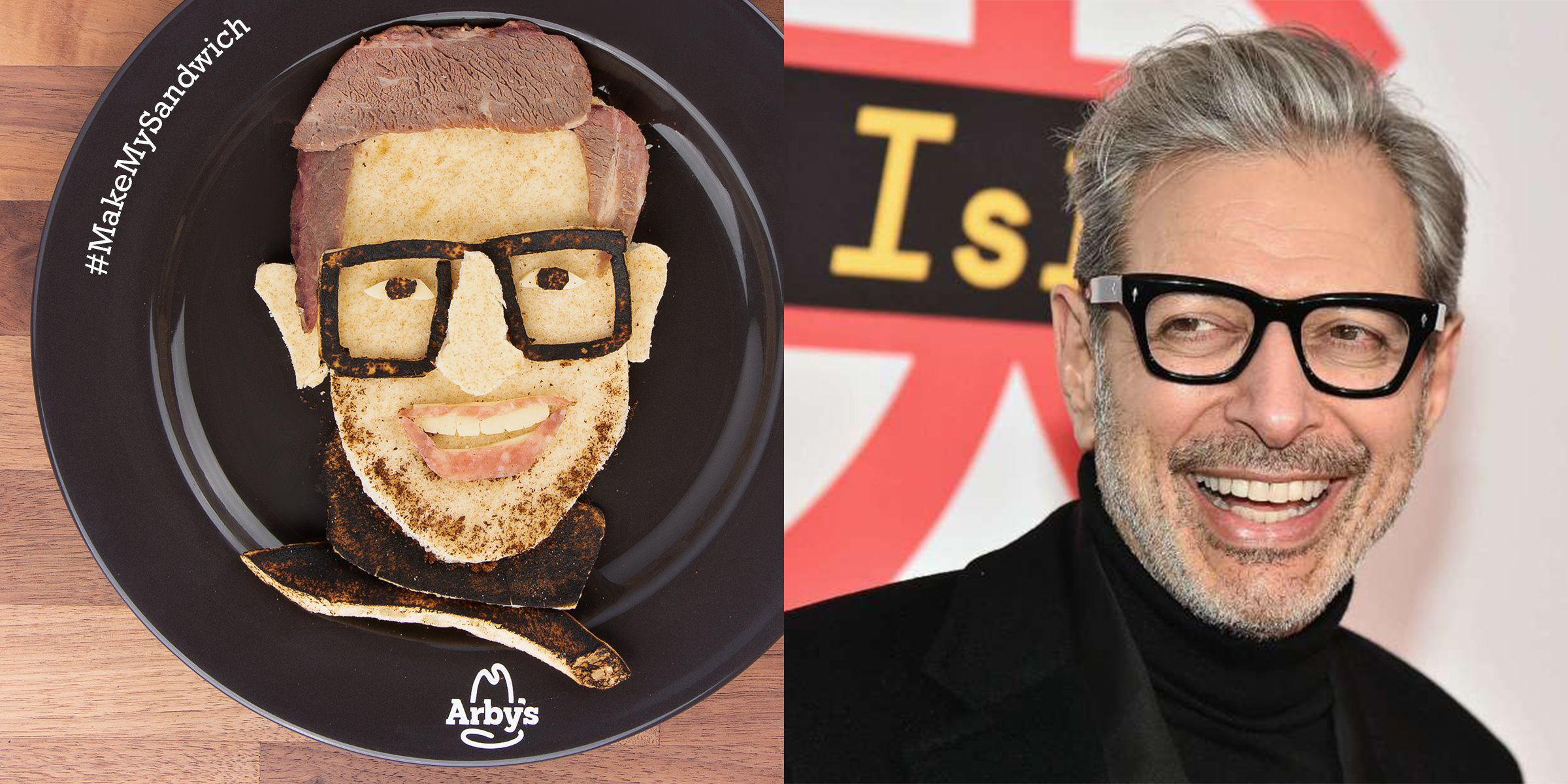 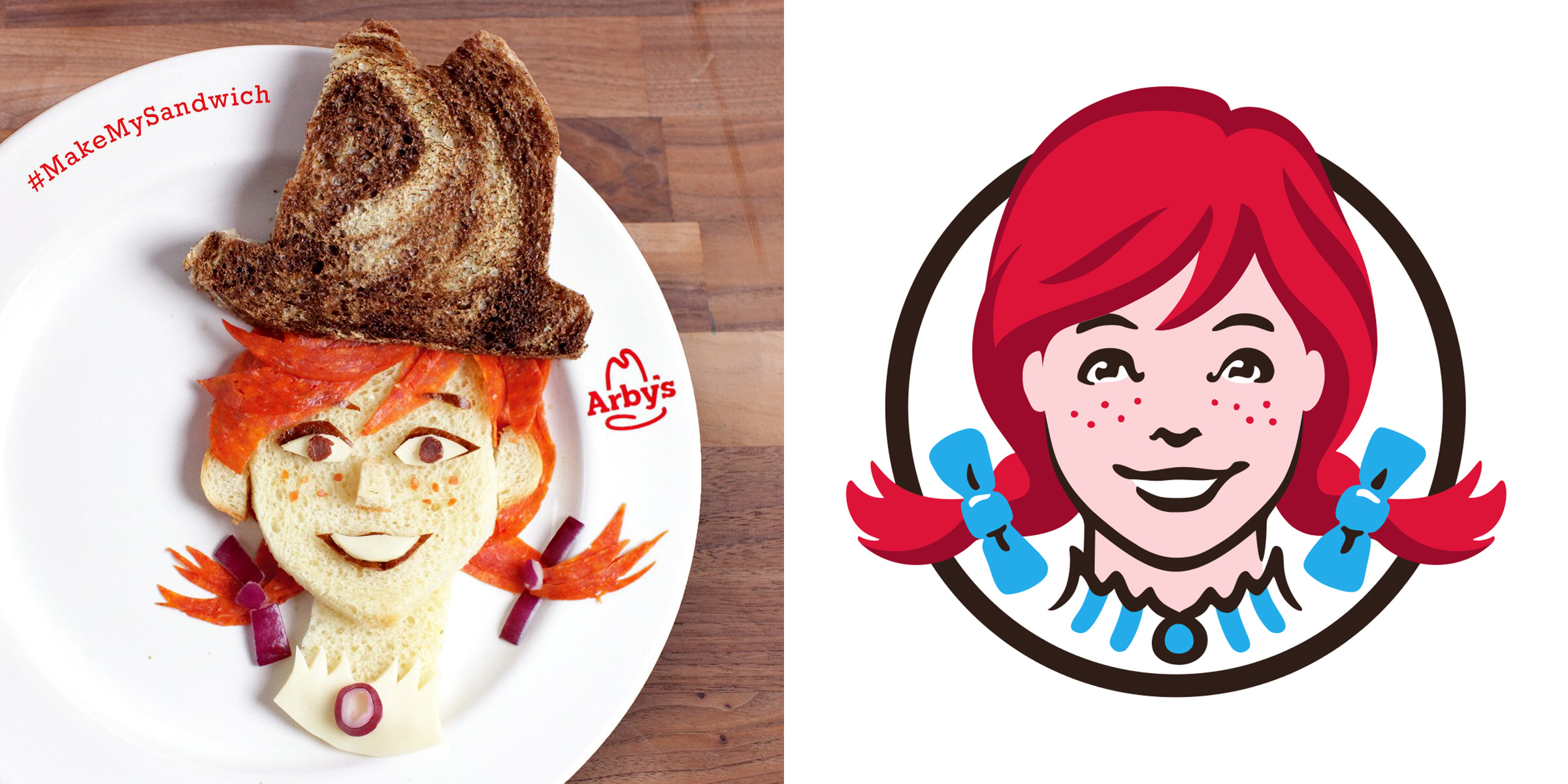 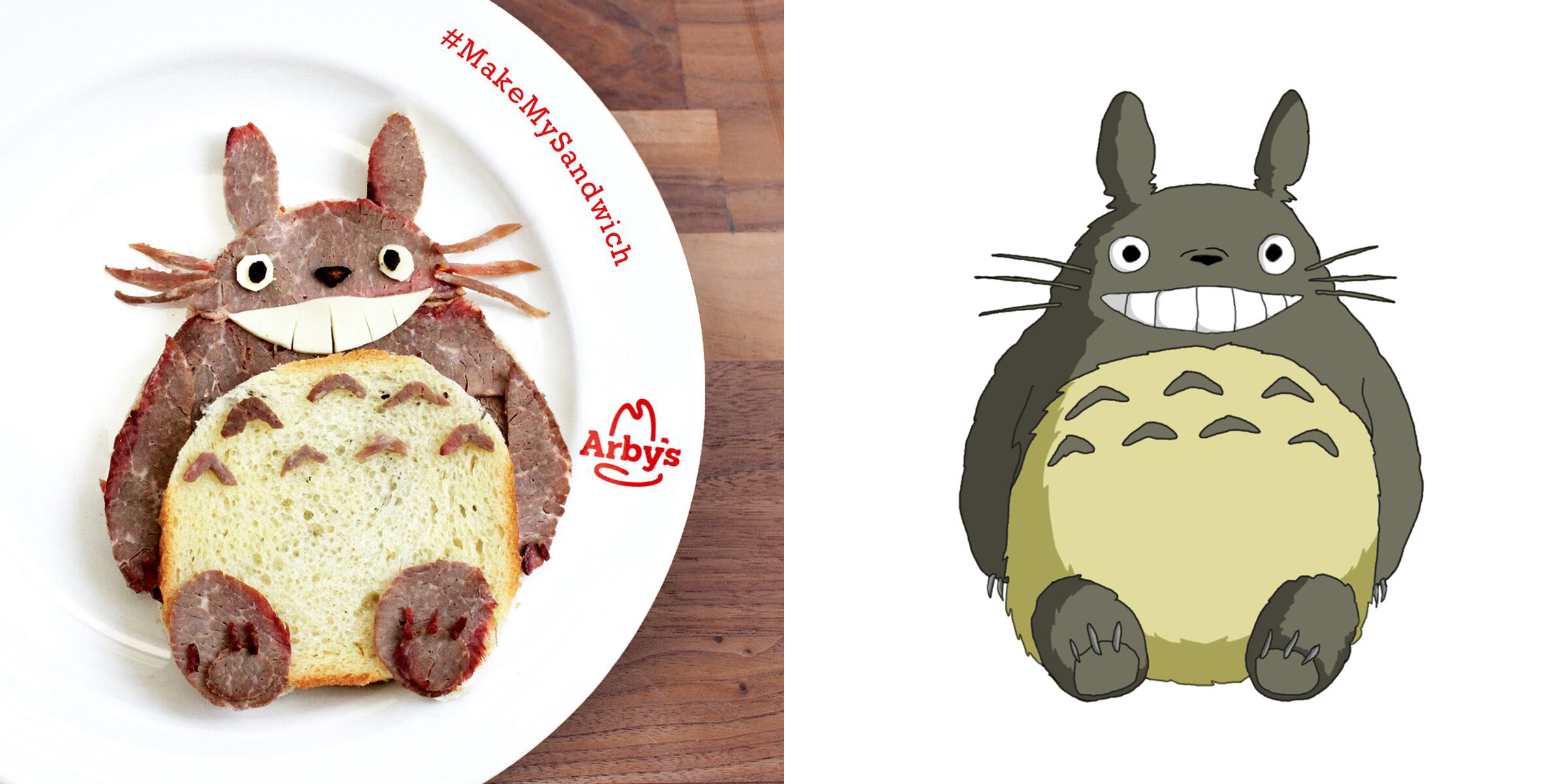 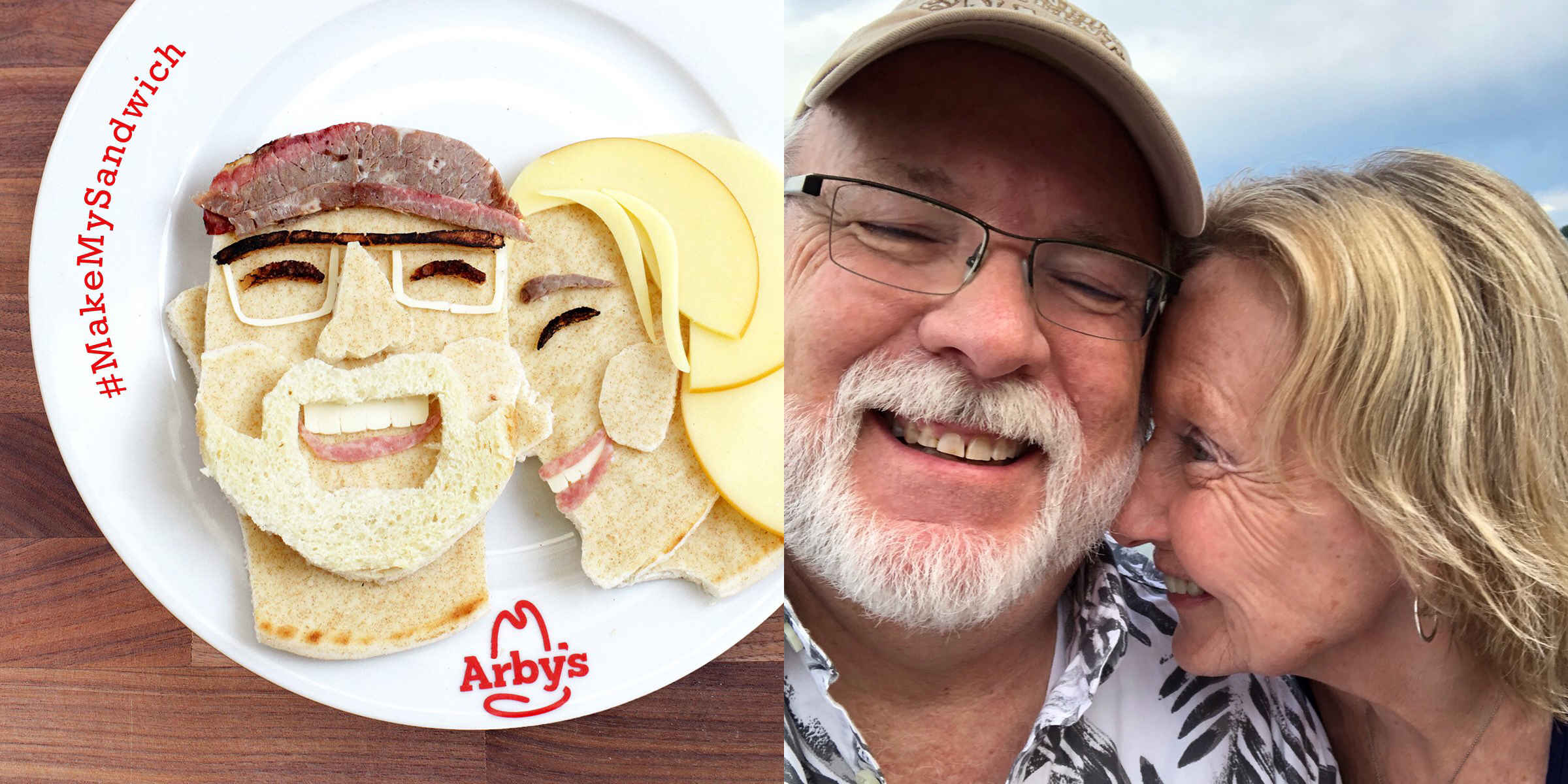 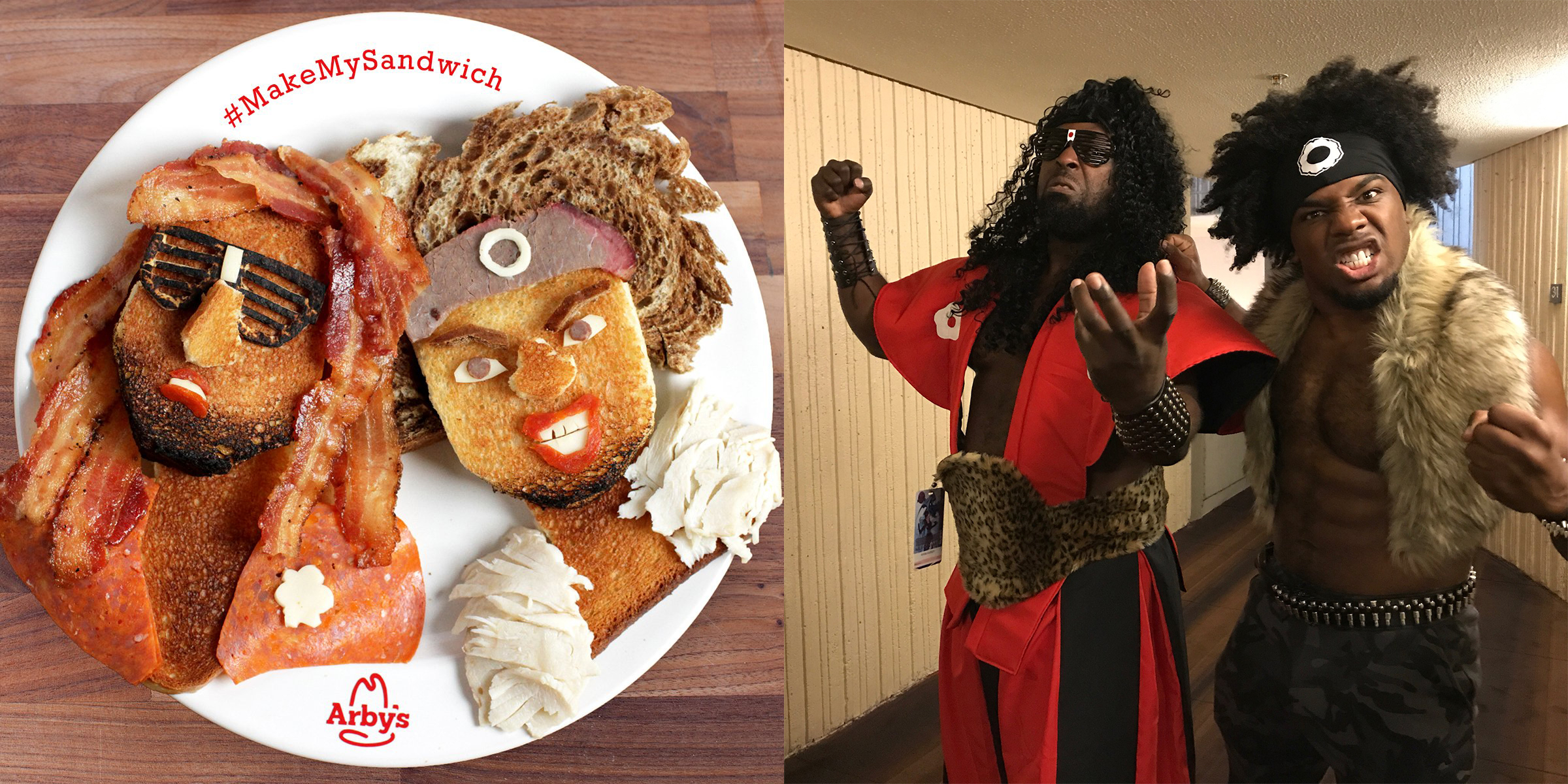 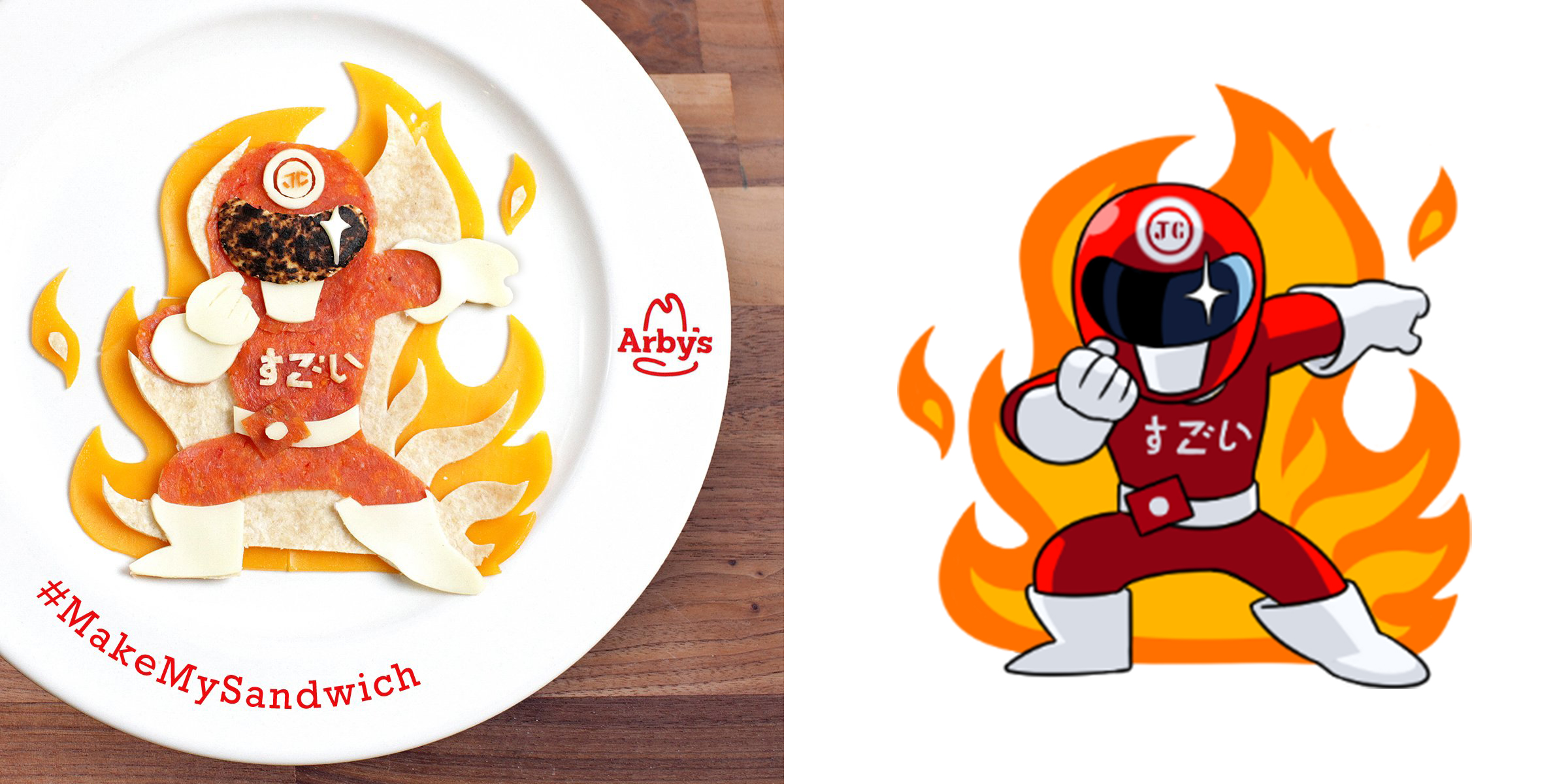