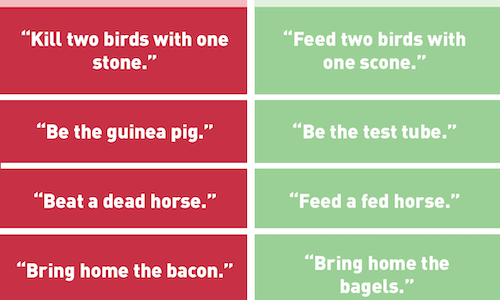 PETA's goal with our "Stop Using Anti-Animal Language" tweet was to convince the general public to start considering the impact of their words. The image was created during a time when people continued to thoughtfully critique the words they use to not put others down. There are so many idioms used in every day conversations in which the phrases are written to mean that an animal is killed or hurt. While these phrases may seem harmless, they carry meaning and can send mixed signals about the relationship between humans and animals and can normalize abuse. Animals are treated like products or commodities, not individuals. By sharing this tweet with easy ways to swap out harmful language along with a caption that invited people to remove speciesist language from their daily conversations, PETA created a moment in which many people considered the concept of speciesism (the assumption of human superiority leading to the exploitation of animals) for the first time ever and it grew into a viral, international sensation.

The TeachKind education-focused team at PETA brainstormed kind alternative phrases to everyday idioms for their teacher outreach curriculum. Examples included "bring home the bagels" (instead of "bacon") and "take the flower by the thorns" (instead of "bull by the horns"). The PETA social team knew these would make a splash online at the end of 2018, when more and more people are taking a critical look at the implications of our language. The strategy was to get as many eyes on this image as possible, in order to allow people to realize what their words mean, and further our mission of animal rights in a fun, easily digestible way. Using bright, clear signifier red and green colors, the PETA social team created a shareable Twitter image of ways to swap out harmful language for kind language. Red and green were chosen to demonstrate the universal colors of "stop" and "go." In the tweet text, the importance of these swaps was fully laid out in digestible terms. Many people saw the term "speciesism" for the first time and began to understand that animal rights is a social justice issue as well. The tweet was followed with another tweet in the thread that further explained that once folks see animals for the individuals they are, using language that trivializes them will vanish.

This tweet went viral and reached far more people than expected! The tweet itself received over 14 million impressions, and is now on "Know Your Meme" after being repeatedly parodied by the internet, who created their own phrases spanning various issues like "anti-book language" and "anti-Christmas language". Imgflip even created a "Stop Using Anti-Animal Language Meme Generator". Due to its viral success, the tweet was widely covered in virtually all online media from BuzzFeed to Washington Post to Mashable to BBC, was included in print as one of People Magazine's "5 Things We're Talking About!" and was mentioned on shows including Late Night with Seth Meyers and The Late Show with Stephen Colbert, and CNN's Cuomo Prime Time. During 12/4-12/6, the days surrounding the tweet, the number of mentions received by @PETA increased by 2,084% the previous date range with over 107,000 mentions. 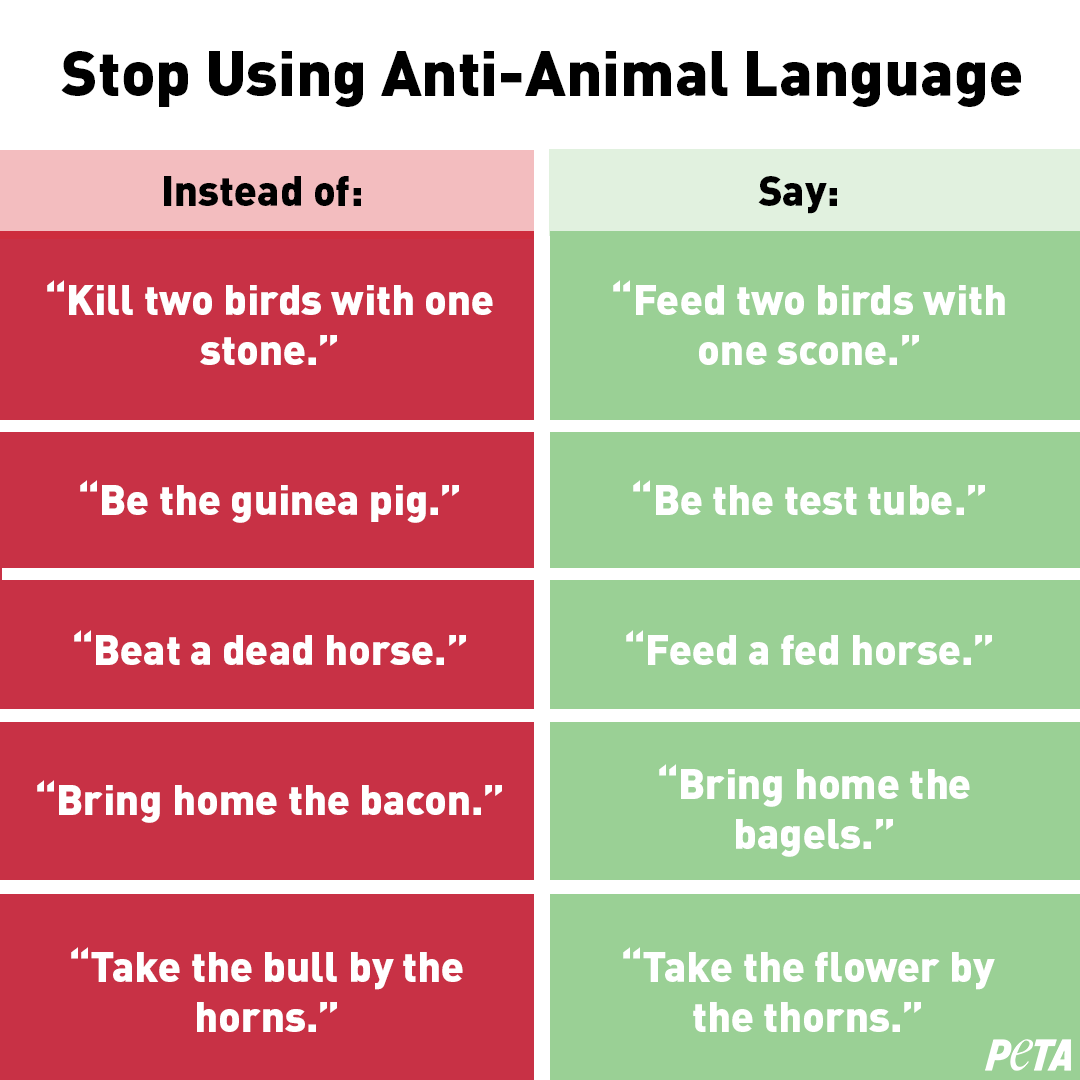