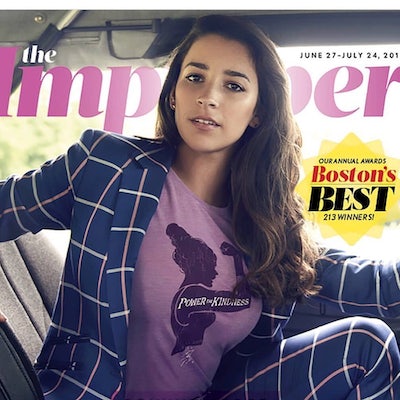 The two time Olympian initially made her mark as one of the world’s best gymnasts, but recently has been making headlines for her part in the Me Too movement. The winner of three gold medals vaulted her way to a combined Instagram and Twitter following of 3M+, and a massive IRL audience through Fierce>/em>, Aly’s debut novel that became a New York Times Bestseller. 2018 winner of the Arthur Ashe Courage Award for speaking up with her fellow victims and demanding accountability for sexual abuse in sports, Aly further made headlines when she announced that she may skip competing in the 2020 Olympics to continue her work as an sexual assault activist.