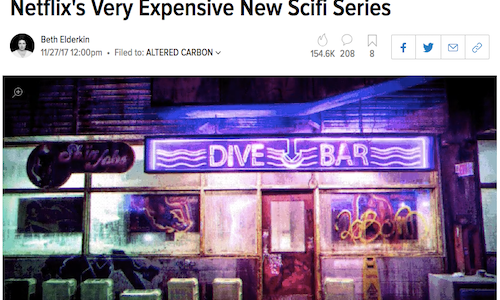 Hardcore superfans frequently get the short end of the stick in marketing campaigns - for one thing, they're the quickest and most vicious to criticize, and for another, if they already love the genre then it's a safe bet that they'll be watching whether you market to them or not. Early on, however, Netflix realized that Altered Carbon would need to do things a little differently; here was a show with a dizzyingly intricate concept set in a very specific vision of the future beloved by diehard sci-fi fans. Getting them on board wasn't a "nice to have" - it needed to be the first thing accomplished out of the gate.

If you want to win over the most demanding fans, you've got to be willing to play the long game. Rushing in and dropping a bunch of marketing assets is a surefire way to get called out for marketing and disregarded by the audience you're trying to woo. That's why the first step of our Reddit outreach was to subtlety use the in-world voice of our main character, Takeshi Kovacs, and organically drop into existing conversations about sci-fi, cyberpunk, futurism, and other relevant topics to earn cred before we ever mentioned the show. Additionally, we took the time to learn the lexicon used by the cyberpunk community so that our first pieces of content would be accepted as an actual user rather than a marketing stunt.

Once we had our fair share of karma, we started teasing out first-looks of the show: using neon-infused cinemagraphs on /r/cyberpunk, then shots which featured characters in /r/AlteredCarbon. The blend of our specific tone and posting copy that only revealed times and locations where the "photos" were shot around Bay City, the community started to speculate about the authenticity of our account and the press coverage started rolling in. We continued to supply the audience with video assets and teasers exclusive to only our new Reddit friends including an exclusive asset that featured Joel Kinnamon reading the most iconic passage from the original book. Once fans connected the dots our account went full throttle with exclusive NSFW content that couldn't be released on other social channels, an easter egg hunt that spanned multiple assets featured clues hidden in blink and you'll miss it flash frames, .tiff files, and cryptic copy lead users to a Reddit exclusive animated version of the nightmarish Patchwork Man story told to Kovacs as a child.

On Reddit, our posts racked up karma by the thousands; we also helped build the Altered Carbon subreddit to over 18,000 subscribers. But the real action was off-platform, where gigantic editorial players like Mashable, io9, and Engadget covered our rollout, praised our patience, and were ready to upgrade their sleeves to be prepared for the show's release. 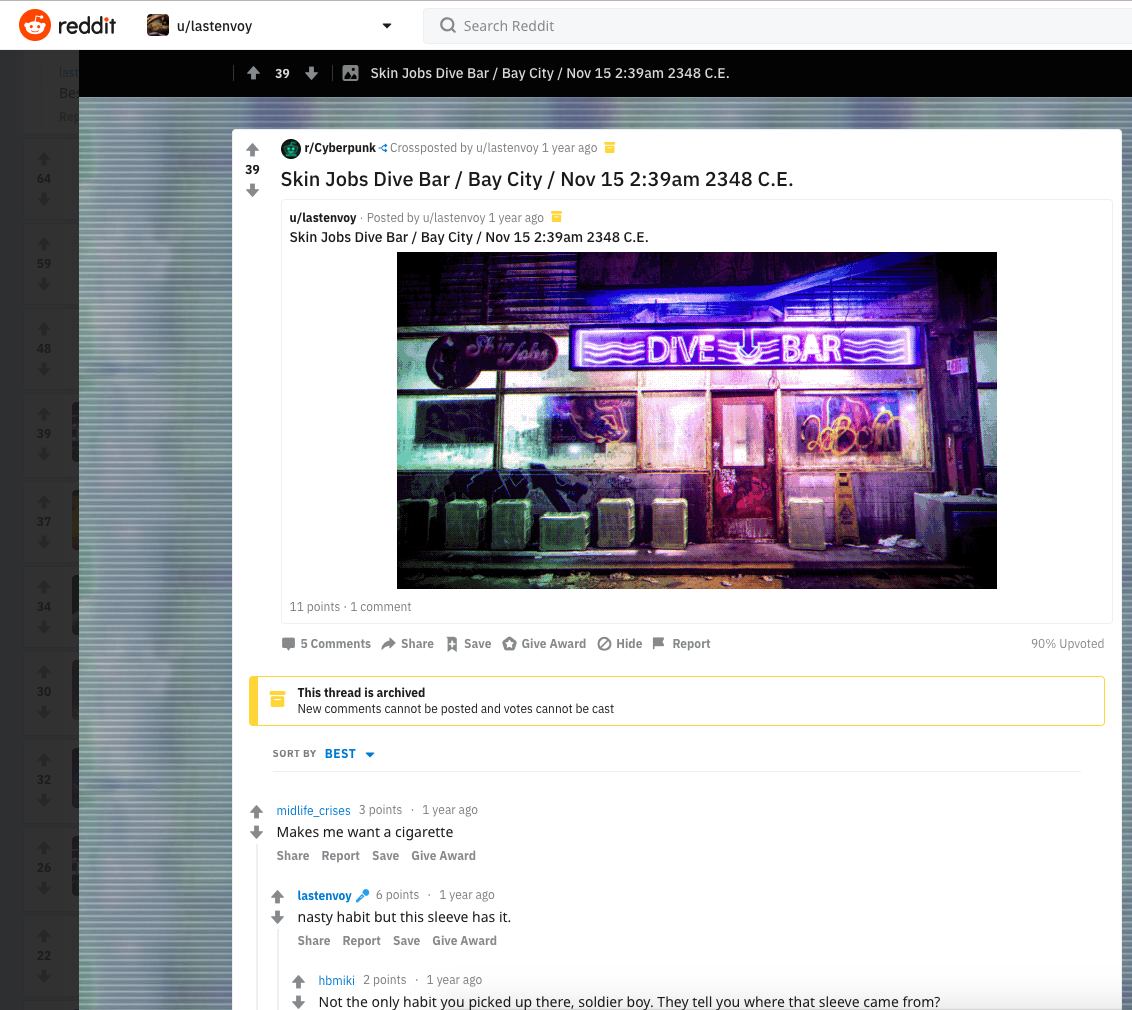 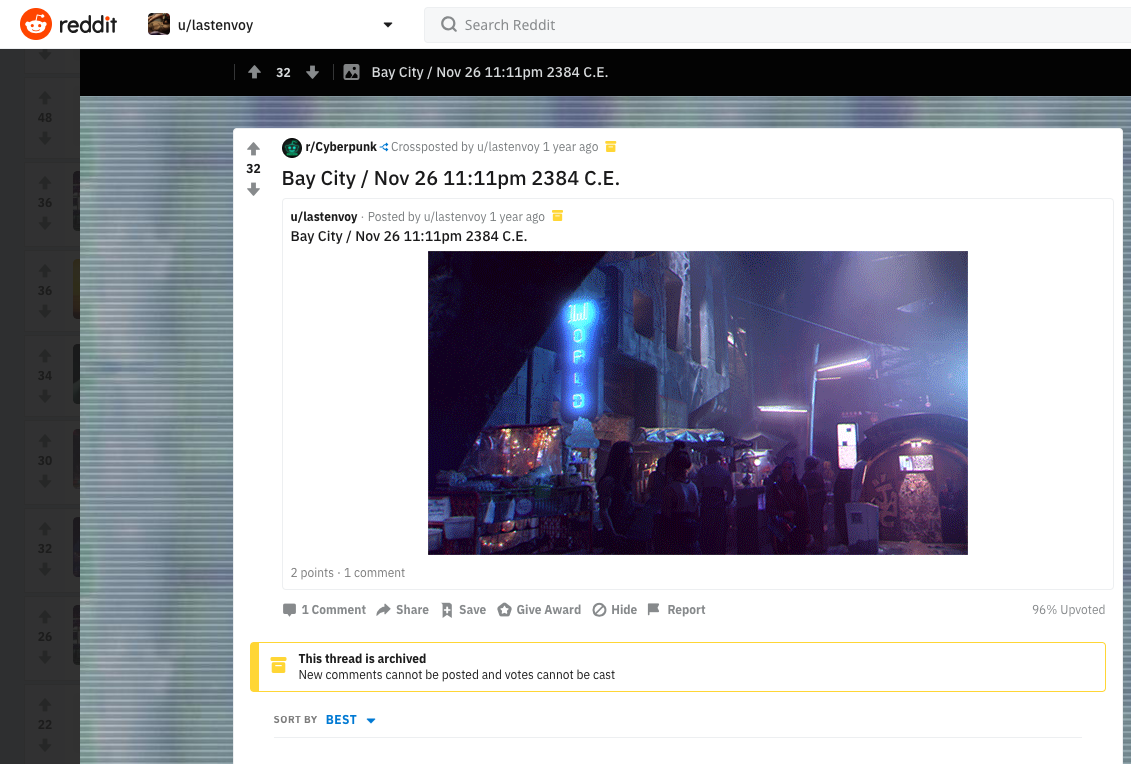 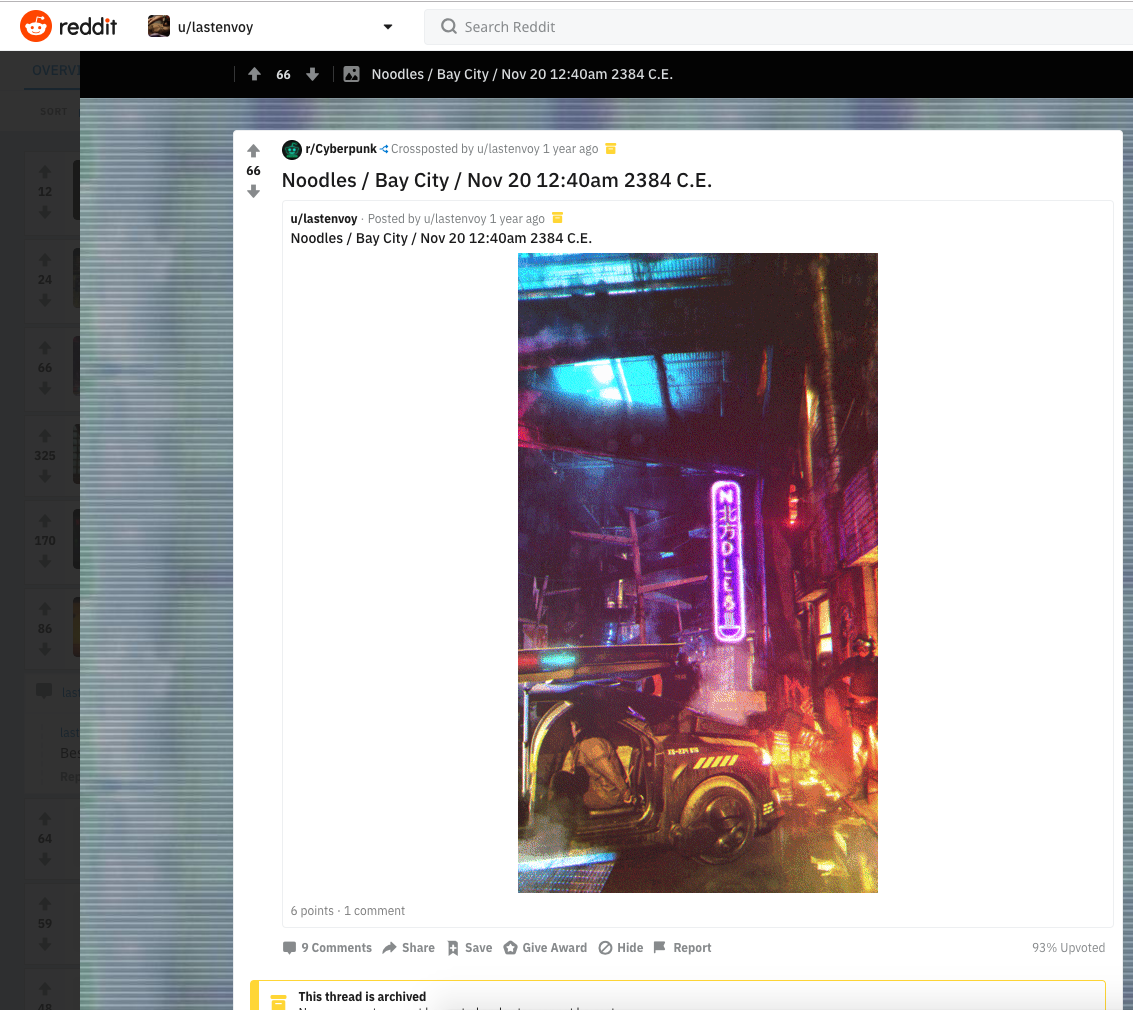 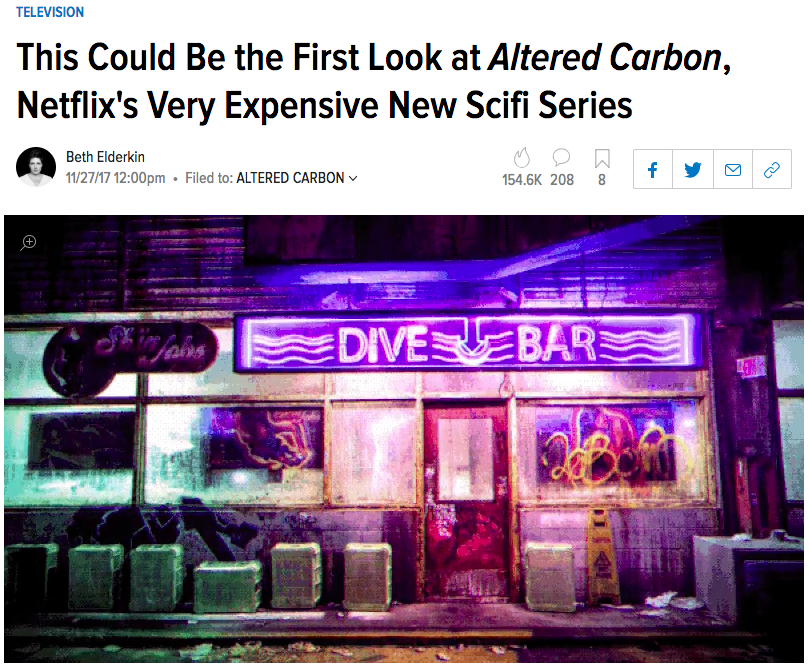 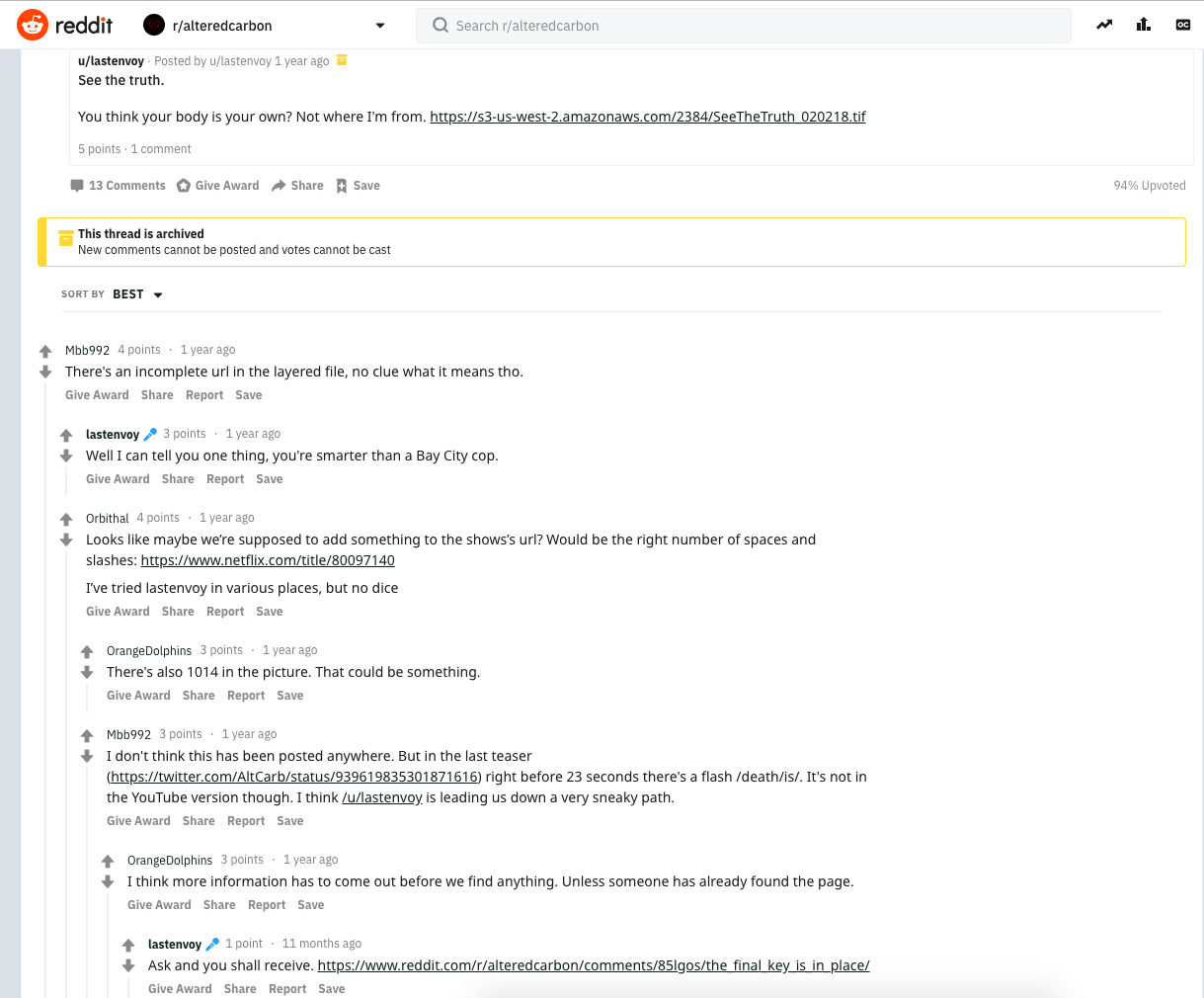