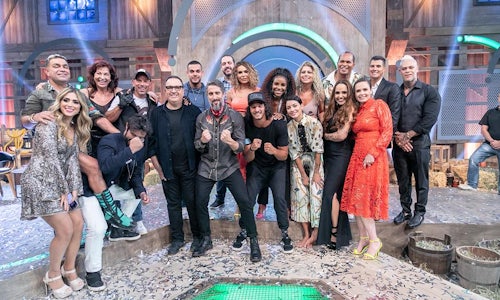 Already a three time Short Awards winner 2018 and a finalist in Integration With Live Television (2015), Record TV come back to this prize with the reality show The Farm in 2018. The reality show was launched with a new host, integration format and content and signature choosed by Record TV to present its digital version: "The Farm - The Most Connected Edition". Even the logo and its graphic signature has been changed.

Record TV has two main successful features: the fact that we are already known for being really good with social media (hey! We are three time Shorty Award winner) and the fact that we are the second biggest free TV broadcaster in the country, one of the best on the southern hemisphere.

The main goal was to use the digital platforms as part of the game on the TV screen and make the biggest interaction so far. The show itself wouldn't be the same without online livestreaming and plugged into social media. It´s already part of the script.

Weeks before its TV premiere, The Farm launched a warm up inside Facebook, YouTube and official website with reality show host, Marcos Mion — who is also one of the biggest influencers in Brazil. In those videos, Mion remembered The Best Memes, The Best Fights, The Best Romances etc., always with guests related to the show over the years.


We had a 24/7 livestreaming hosted by Flavia Viana, an ex-contestant from The Farm. She was always ready to join our official social networks accounts and comment about the backstage, latest fights and everything the followers wanted to know. Flavia Vianna was also the host at our weekly Facebook Live with the eliminated contestants. Her performance was so amazing that converted commercial sponsors from TV to our digital platforms.


Meanwhile, Marcos Mion was also activating the special hashtag for the day (yes! we had seven different hashtags and all of them became a TT) in our Twitter account with videos calling all followers to action.

Along with the activation, we livetweeted the show in real time using videos taken simultaneously from TV, like GIFs and memes. We had also our famous crossmedia inserts on-screen: avatar wall, tweets on-screen, trending topic alert etc. All of them operated directly from the TV switcher, live by a dedicated team.

After show
Record TV was debuting its OTT platform called PlayPlus. To put fans closer to The Farm digital ecosystem, it was created an exclusive live show for OTT that was broadcasted immediately after each contestant elimination.


Called Cabine de Descompressão (Decompression Closet), the 15 minutes show was the first contact of the contestant with the real world. During this moment, it was shown them his/hers social media accounts, news about their families and how they were seen by the public: a hero or a villain.

But… there was a major plot twist. Not only in the game but in our digital strategy as well. Nadja Pessoa, the "Fairy" as she was called by her fans on social media, got herself in a huge fight with another contestant. Things get ugly, she kicked Caique Queiroz and was outcasted from the game.

As she left, her fans stood by her side. She became such a national sensation that she got her own spin-off on PlayPlus, a Kardashian-like reality showing of her life offscreen. This spin-off premiere was lived on the OTT platform during The Farm last episode.

The numbers were huge and The Farm could prove that, as its name, it was The Most Connected Edition. We have reached the Twitter Trending Topics in Brazil almost every day, getting to the Worldwide list from time to time.
- 6 M mentions during the season
- 417 official hashtags reached Brasil and Worldwide TT
- 104 organic hashtags created by the fans
- Twitter impressions was bigger than the last three editions
- Facebook Lives wth more than 2,6 M views
- 12 videos on Youtube's trending in the show's final month
Fonts: Torabit, Facebook Business, Twitter Analytics, Crowdtangle, Youtube e Google Analytics.

As our host would say at the beginning of every episode…. "Ladies and gentleman, we are here!" 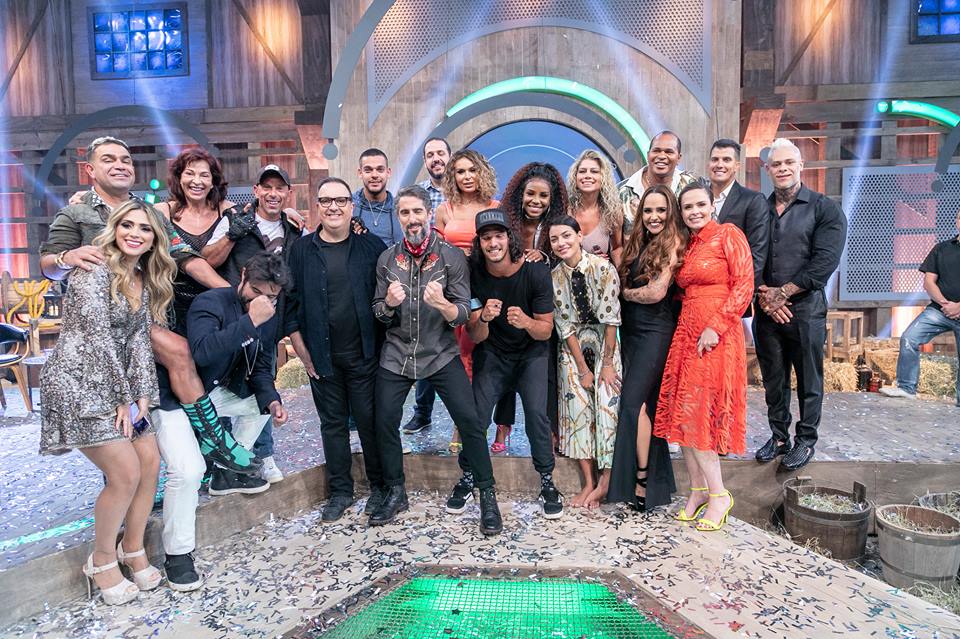