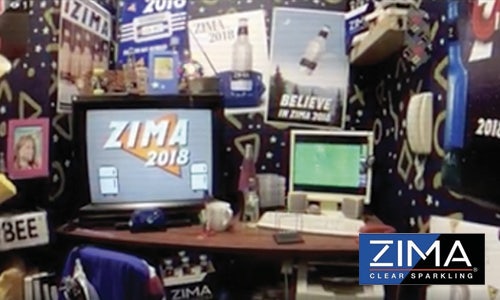 Based on the success of Zima's limited time return in 2017, we were tasked with coming up with an efficient way to keep the buzz and social conversation going in order to tease the inevitable return of ZIMA in 2018.

To build anticipation around the re-return of ZIMA well in Summer 2018, we decided that instead of disappearing again, we'd launch the longest Facebook continuous Livestream EVER and tease the brand via a 90s-inspired room.

The mysterious room is filled with nothing but 90s paraphernalia, including 90s-themed posters, a Flowbee, dial-up computer and other fun "easter eggs."

The only information provided to viewers is a caption reading, "It's not goodbye, it's zee you later. Thanks to you, ZIMA is coming back in 2018." Without an exact end date to look forward to, viewers continue to tune in and voice their excitement in the comments section, anxiously awaiting a more concrete announcement and looking forward to their next ice-cold, tasty sip.

Launched in mid-October of 2017, shortly after ZIMA left shelves after its limited-time only run, the stream will continue to run until ZIMA returns to the marketplace in Summer 2018. Save for a system glitch in February, the livestream has been continuous since its launch -- it has, at its longest, run interrupted for 2.5 months at a time.

So, if you happen to find yourself surfin' the World Wide Web, make sure to visit the ZIMA livestream. You never know what you might find...

To date, the results have been amazing for an organic Facebook campaign, and in total, has accumulated:

*because of a system glitch in February, these metrics are a total cumulation of all streaming efforts, despite any "restarts" that may have occurred* 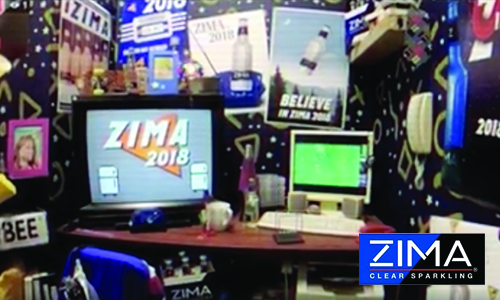