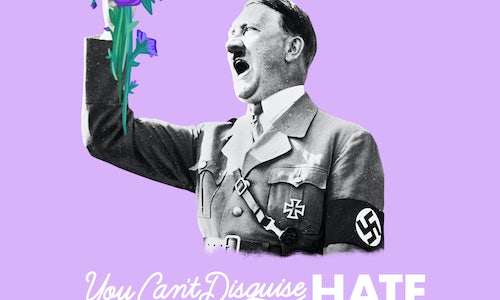 People across the country were shocked by the racism and hate-fueled violence that followed. Then the unexpected happened… two more rallies were planned for later that month in the San Francisco Bay Area, one in Berkeley and one at San Francisco's Crissy Field.

As members of a creative agency which routinely pushes out messages to a national audience, employees at Venables Bell + Partners felt a strong sense of duty to take a stand against the spread of hate. The leadership wholeheartedly supported the effort and supported it with time, money, and agency resources.

Inspired by British philosopher Karl Popper's Paradox of Tolerance which states that "in order to maintain a tolerant society we must be intolerant of intolerance" we aimed to not only spread the word about these impending rallies but also to create enough noise and resistance to get them canceled.

The problem was that many of these hate groups aren't as bold as the Neo-Nazis in Charlottesville. Many use euphemistic language to appear benign, subvert the public and further their hateful agendas unchallenged. They disguise Nazi and White Nationalist gatherings as "freedom rallies" and use Freedom of Speech to veil racist, antisemitic and homophobic agendas. This confusion tactic is well known and recognized among political activists. However, this disguise is highly effective against the general public.

With this idea in mind, "You Can't Disguise Hate" was born.

1. A series of easily shareable content featuring attention-grabbing symbols of hate aimed at raising awareness of these hate groups, their misnomers and the impending rallies in the Bay Area. These were used in both a paid social campaign targeting the Bay Area as well as organic sharing.

2. A microsite which housed the social content and more importantly provided a centralized hub with links to various resistance groups to help people find resources, donate and learn about other ways to resist hate.

The campaign was only live for 4 days leading up to the rallies on 8/26 and 8/27, but it was successful in unmasking the racist intentions of the rally organizers to a significant number of people in that short time frame. Here are some of the highlights:

Most important of all, the Bay Area community came together to repel hate. The public resistance pushed the San Francisco rally to a smaller venue and was then quickly canceled. The hate groups in Berkeley were outnumbered nearly 10 to 1 by counter-protesters, leading to an early ending for that rally as well. Although we can't take all the credit, we'd like to think we did our small part in keeping hate out of San Francisco, no matter what disguise it wore.

Video for You Can't Disguise Hate 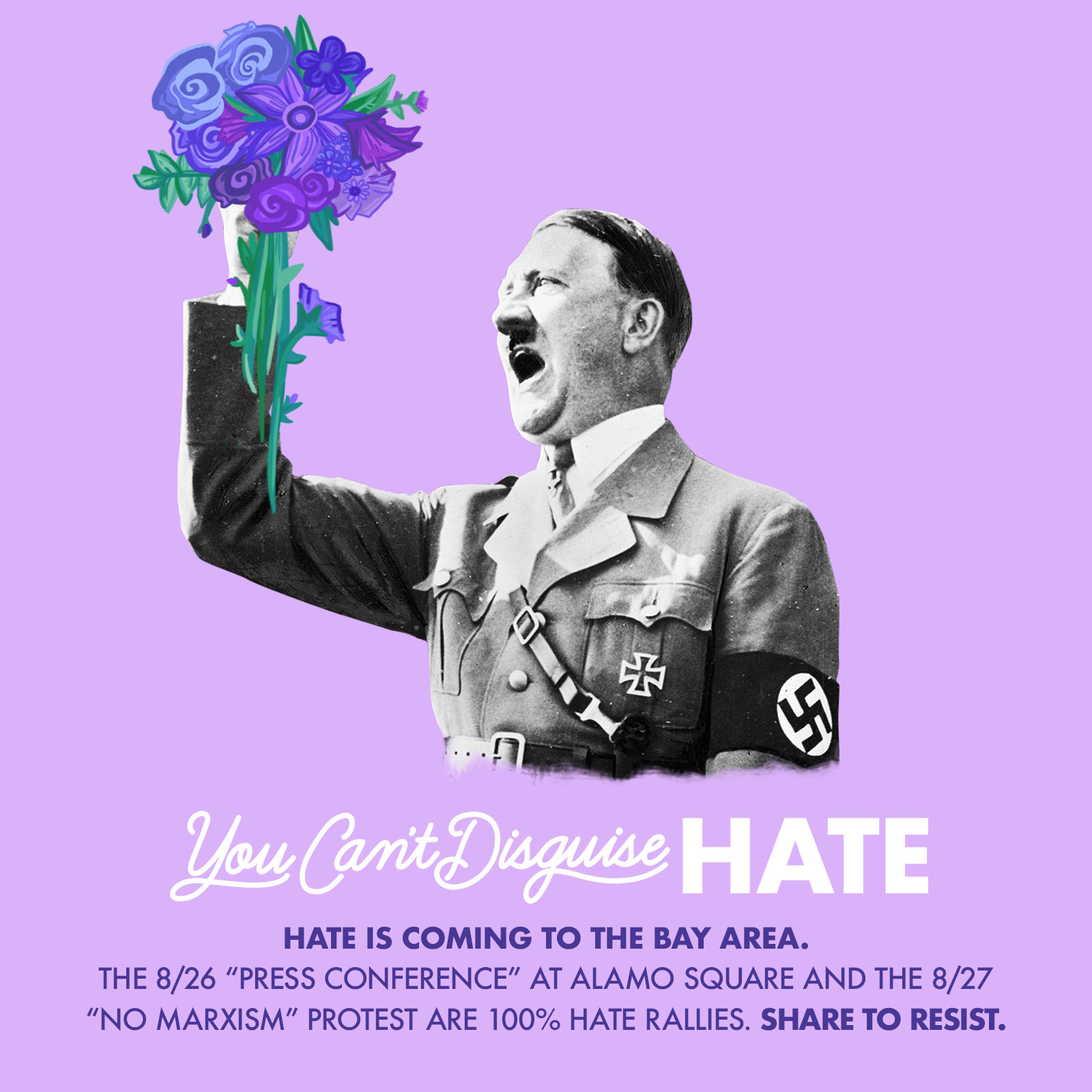 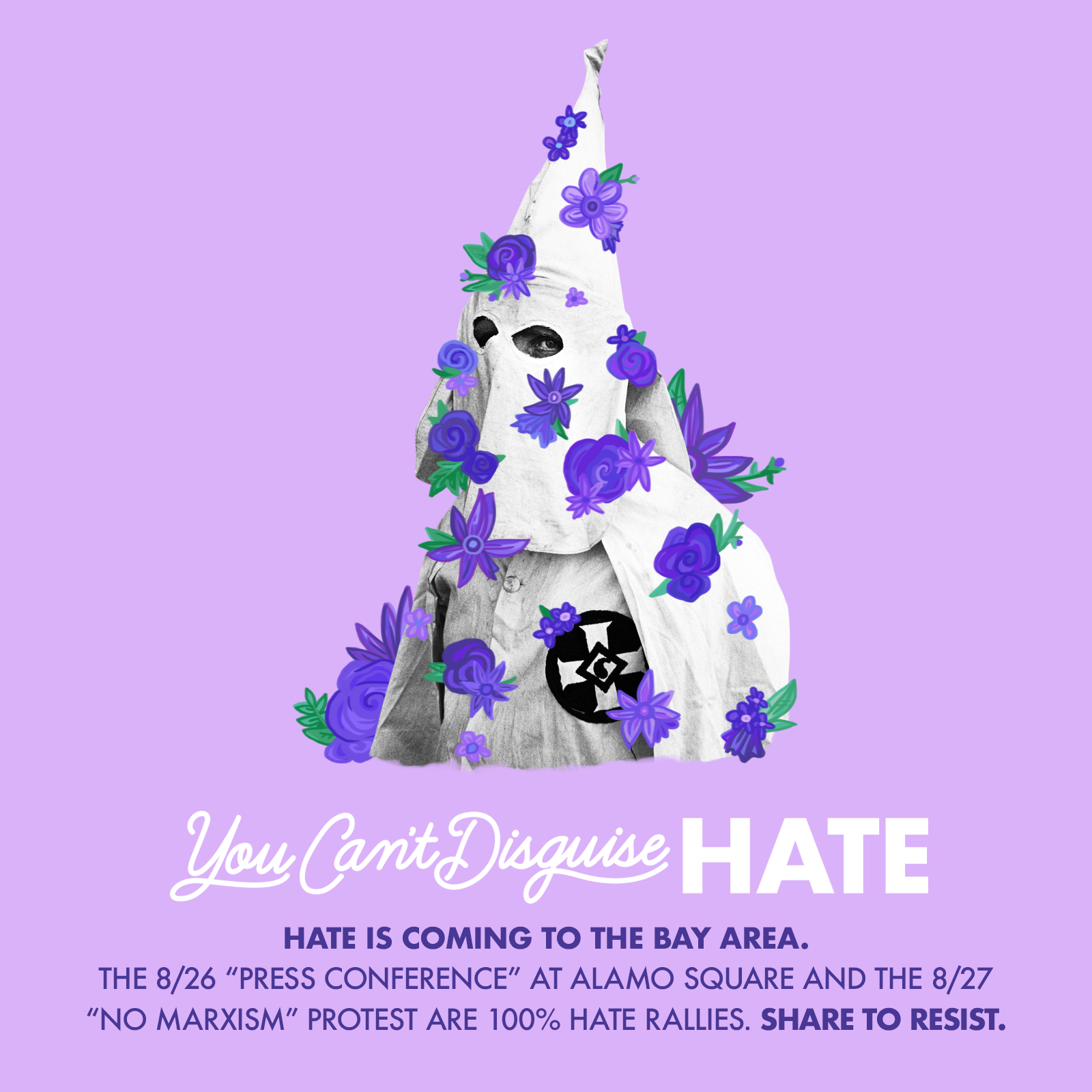 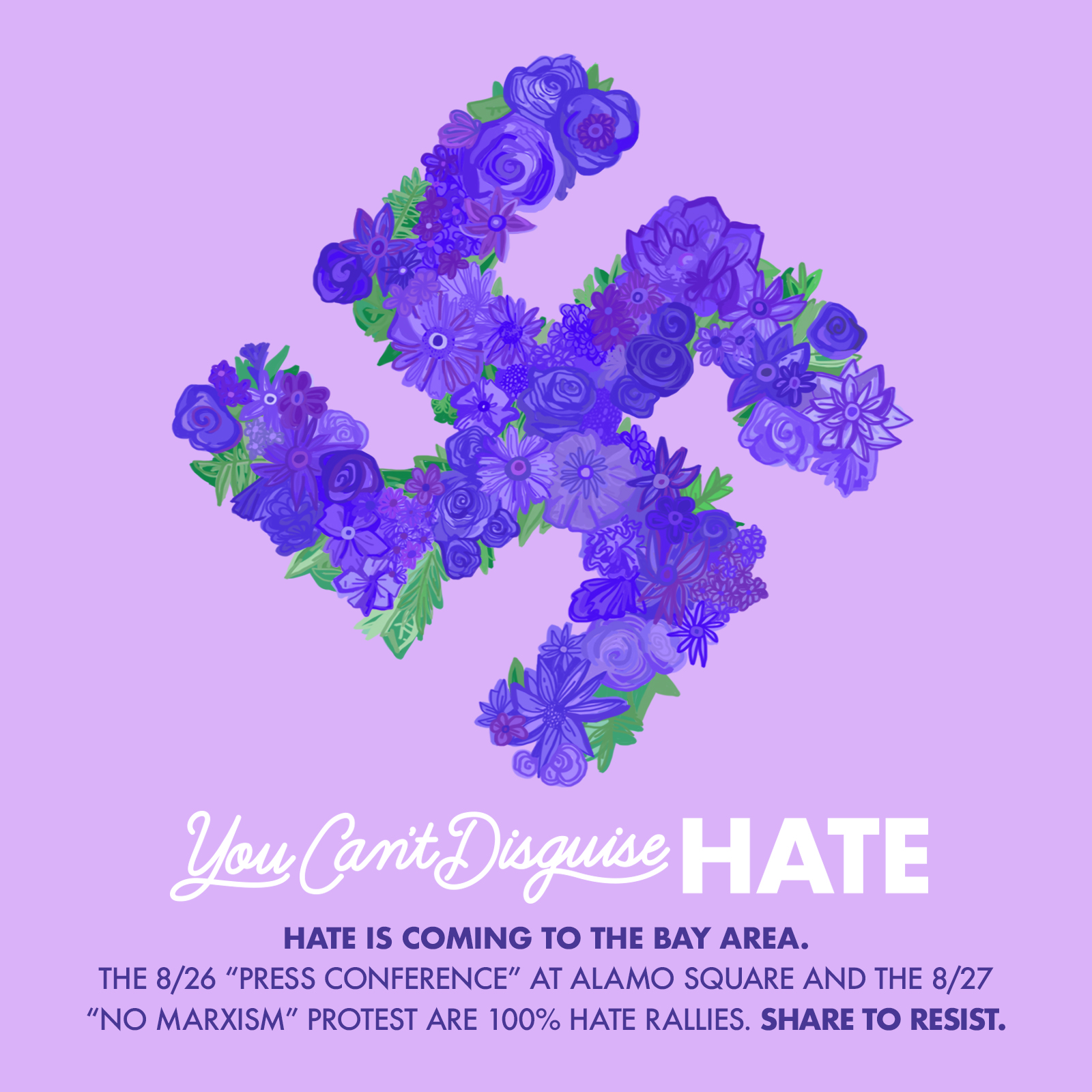 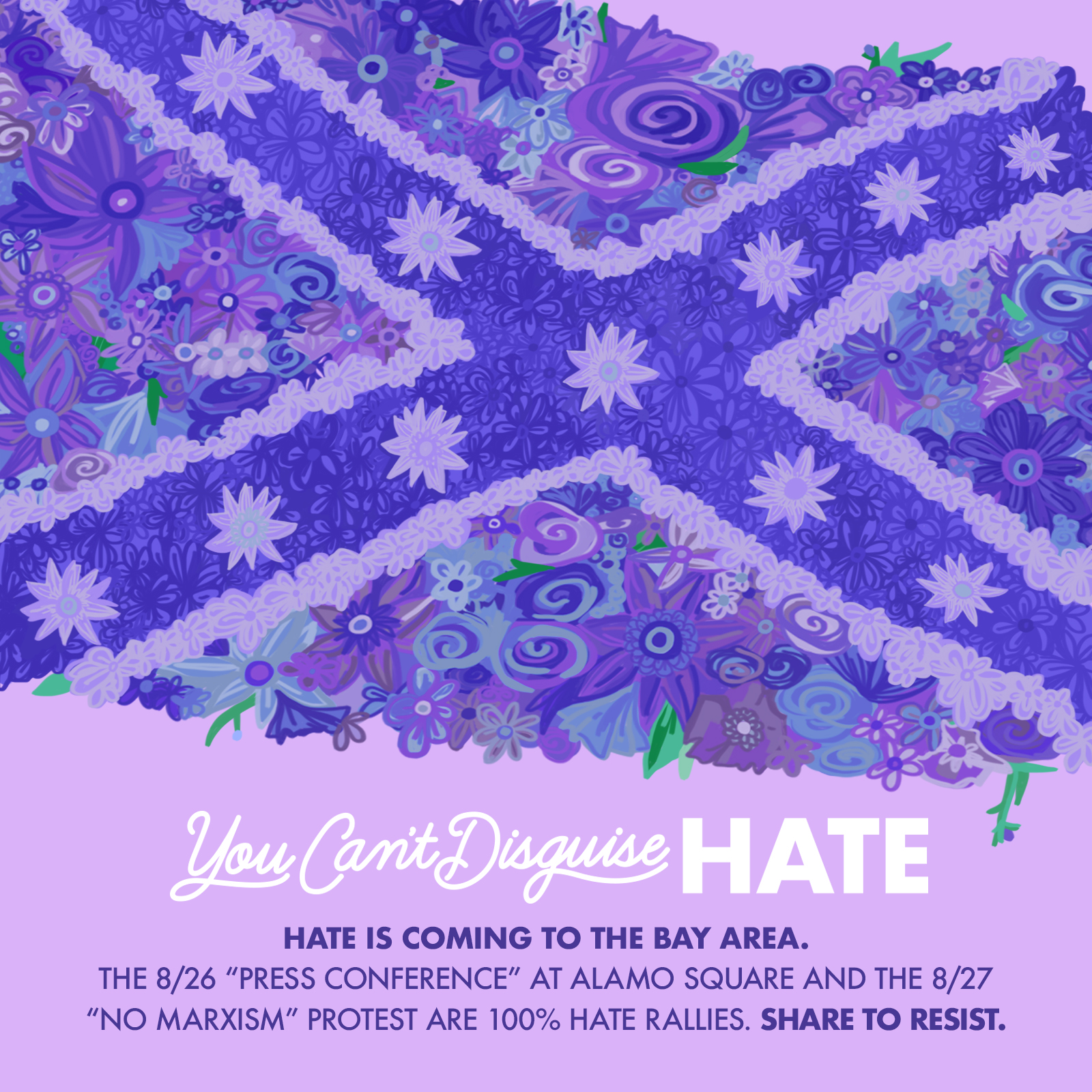 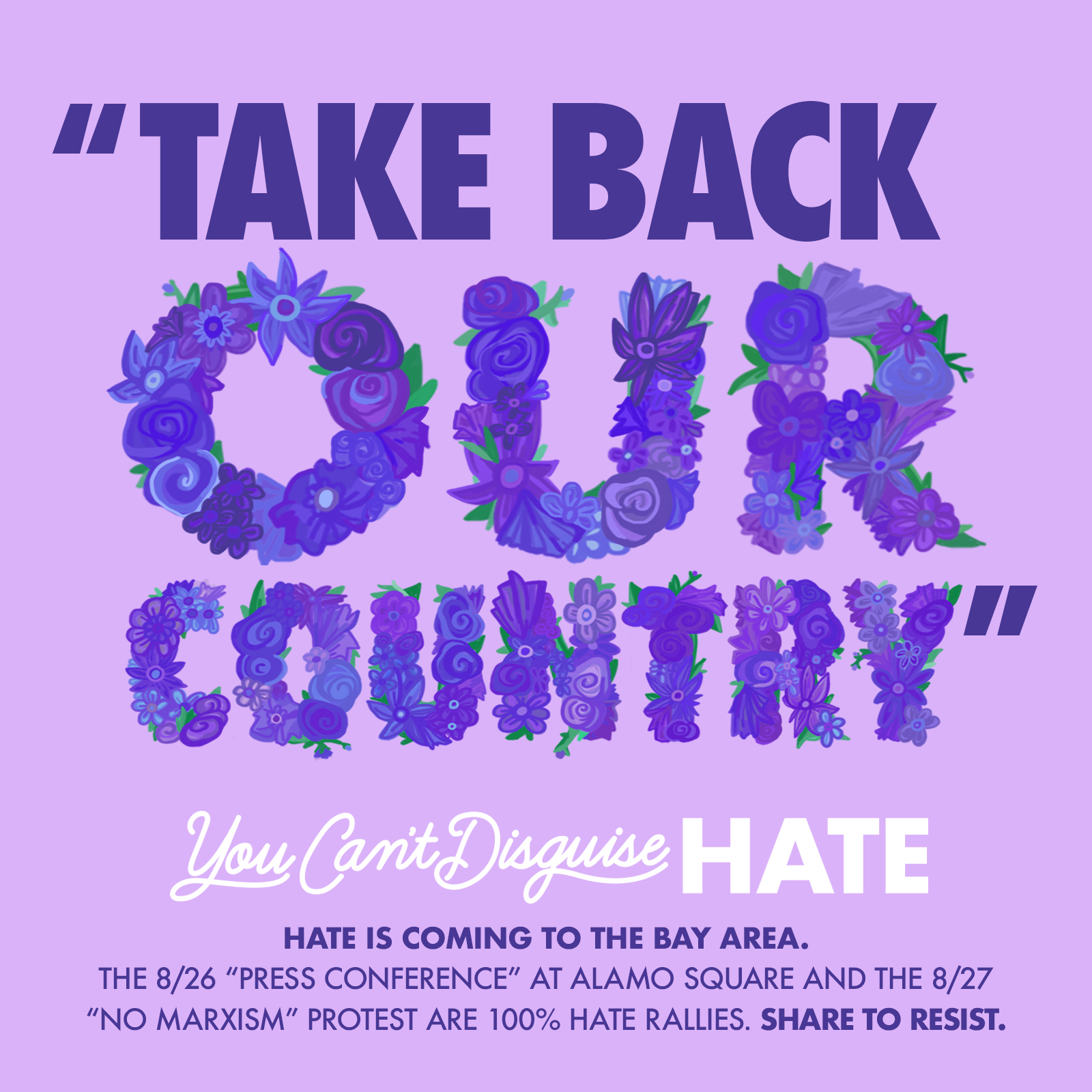