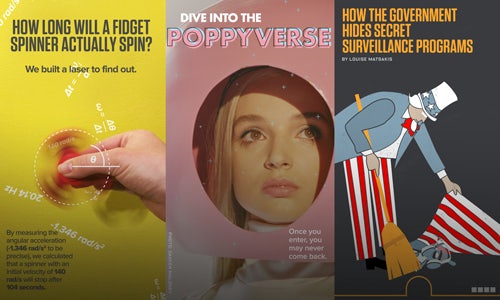 On May 15, 2017, WIRED launched its inaugural Snapchat Discover edition with the magazine's June 2017 cover story: an exclusive feature on the then-brand-new Apple campus. Stunning photos, annotated blueprints, and a deep dive on what it means for the future of tech set the tone for who WIRED would be on Snapchat and the quality of the journalism we would bring to vertical storytelling.

Now, 67 editions later, WIRED doesn't look much different. We've established a tone (playful yet wise and polished) and an animation and illustration strategy (intricate and detailed) that makes our longform-heavy content engaging and visual. The quality of our Snapchat Discover stories is unprecedented on the platform.

From flying cars to 3-D-printed organs, the goal of our Snapchat channel was to introduce young WIRED readers (or tappers, in this case) to the ideas that will power the future. Our audience is smart, interesting, and interested. With Snapchat as a pipeline to tomorrow's leaders in tech and innovation, we hope to inspire the most digitally connected generation to think bigger and build a better future for us all.

You can tell from the tile you tap in Discover's landing page that WIRED's Snapchat Discover is different. We're the nerdiest kid in the class, and we like it that way. We tell complex stories over series of snaps, in bite-sized pieces, full of data visualizations and real equations that readers can't find anywhere else on Snapchat. We combine WIRED's signature sharp reporting with Snapchat's storytelling features (looping animation, quick video clips, audience polls, and trivia quizzes) to tell original stories in new ways.

In 2017, WIRED's Snapchat went deep on technology, science, and the solutions defining our future. We dove into the secrets behind Poppy, a bubble gum-pink internet anomaly taking over YouTube with her bizarre, avant garde videos. We got in on the bitcoin game early (should have invested at the same time—whoops) and explained the blockchain and the behind-the-scenes environmental impact of bitcoin mining. We exposed a hotel hacker who can break into your hotel room with a simple, pedestrian tool. We detailed how hard it is to have sex in space, charted the Star Wars references in rap, and explored the rise of the selfie museum.

All of this was the product of a scrappy, five-person team of editors, video producers, illustrators, and animators. Twice a week, we published themed, in-depth editions that grabbed hold of one topic and explained every element, from the intricacies of how the munchies work to the possibility of cooling the planet via geoengineering. Like an interactive mini-magazine, we illustrated and animated the year's biggest stories in new, engaging ways.

Snapchat viewers didn't let us down. The metrics on our deeper editions prove that there's an intelligent, engaged, young audience on Snapchat regularly gulping up smart reporting. Which is great news for us AND for our collective future—the next generation of leaders is bright and curious and interested in the world outside their own bubbles. It's because of them that we have the opportunity to tell these stories on a platform that is evolving as our relationship to news and media evolves.

Video for WIRED on Snapchat Discover 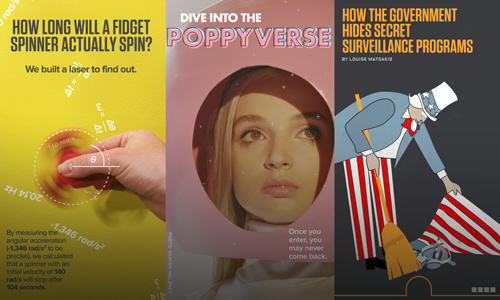