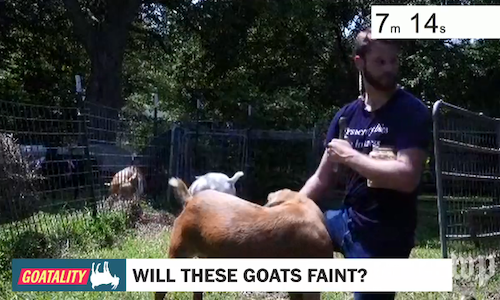 Will these goats faint?

What happens when fainting goats experience a total solar eclipse? Honestly, we had no idea. We were looking for a fun way to tell the story of the total solar eclipse and goats that emote with harmless fainting spells seemed like the perfect subjects.

We searched high and low for a fainting goat farm in the path of totality and we found one in rural Tennessee. We dispatched humor host Dave Jorgensen to the farm where he delivered a spot-on approach that was goofy and endearing. A countdown clock helped us show viewers how much time was left before totality and it conveyed a sense of suspense. We were having fun and we genuinely wanted to know if the goats would faint during totality. We decided to launch the stream on Facebook and Periscope.

The goats didn't faint during totality, but we racked up more than 806,000 views, generated great social buzz, and managed to make it into the headline of Agency Press France's eclipse roundup ("Bonnie Tyler to 'Goatality': the Great American Eclipse"). That AFP headline meant that "goatality" coverage appeared on the sites of their syndicated partners like The Times of Israel, France 24, and The Japan Times.

Video for Will these goats faint? 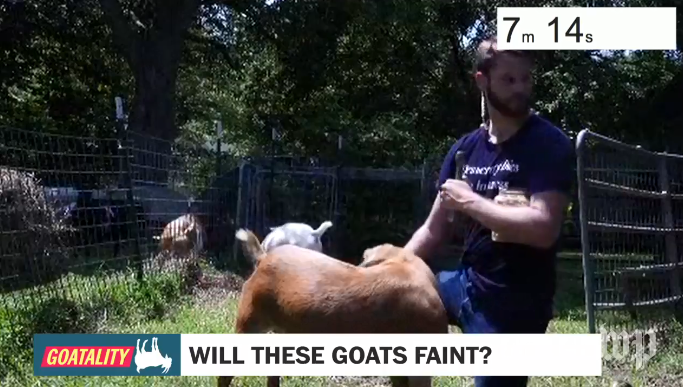