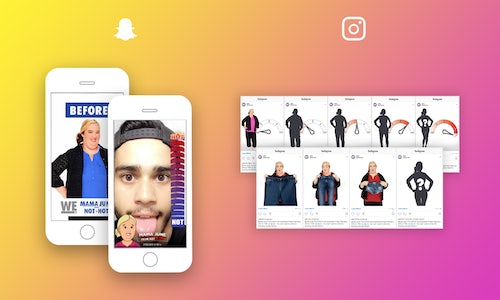 WE tv Mama June: From Not to Hot

The goal of the campaign was to drive tune-in to the series premiere of the show, capitalizing on the existing audience of Toddlers in Tiaras and Here Comes Honey Boo Boo who had previously tuned into another network. Additionally, Mama June and Sugar Bear had been on WE tv's Marriage Boot Camp Reality Stars, so she had a following on WE tv to be re-engaged.

The campaign focused on Mama June's under-wraps physical transformation, teasing the dramatic difference, with a "you'll never believe it" tone that would leave fans and newbies alike reeling. To drive tune-in and continued engagement with show content, this edge-of-your seat anticipation needed to be accomplished without ever revealing pictures of the star's final results.

Instagram and Facebook carousels, a Conversational Twitter ad and 10 second Snapchat ads were used to drive anticipation for the premiere, while Snapchat geofilters created real-time engagement and excitement.

The Snapchat geofilters generated 13,000 swipes and 9,200 views and ads drove 11 million impressions. Instagram carousel ads drove 6.1 million impressions and 2.2 million engagements. Twitter ads drove 801,069 impressions, 167,149 views and 3,705 hashtag clicks. The series premiere of Mama June: From Not to Hot delivered 2.3 million total viewers in Nielsen live+3 ratings, making it the network's highest series premiere ever in total viewers and among key demos. The show ranked as Friday night's #1 program among women and the #1 ad-supported cable program in its time slot. 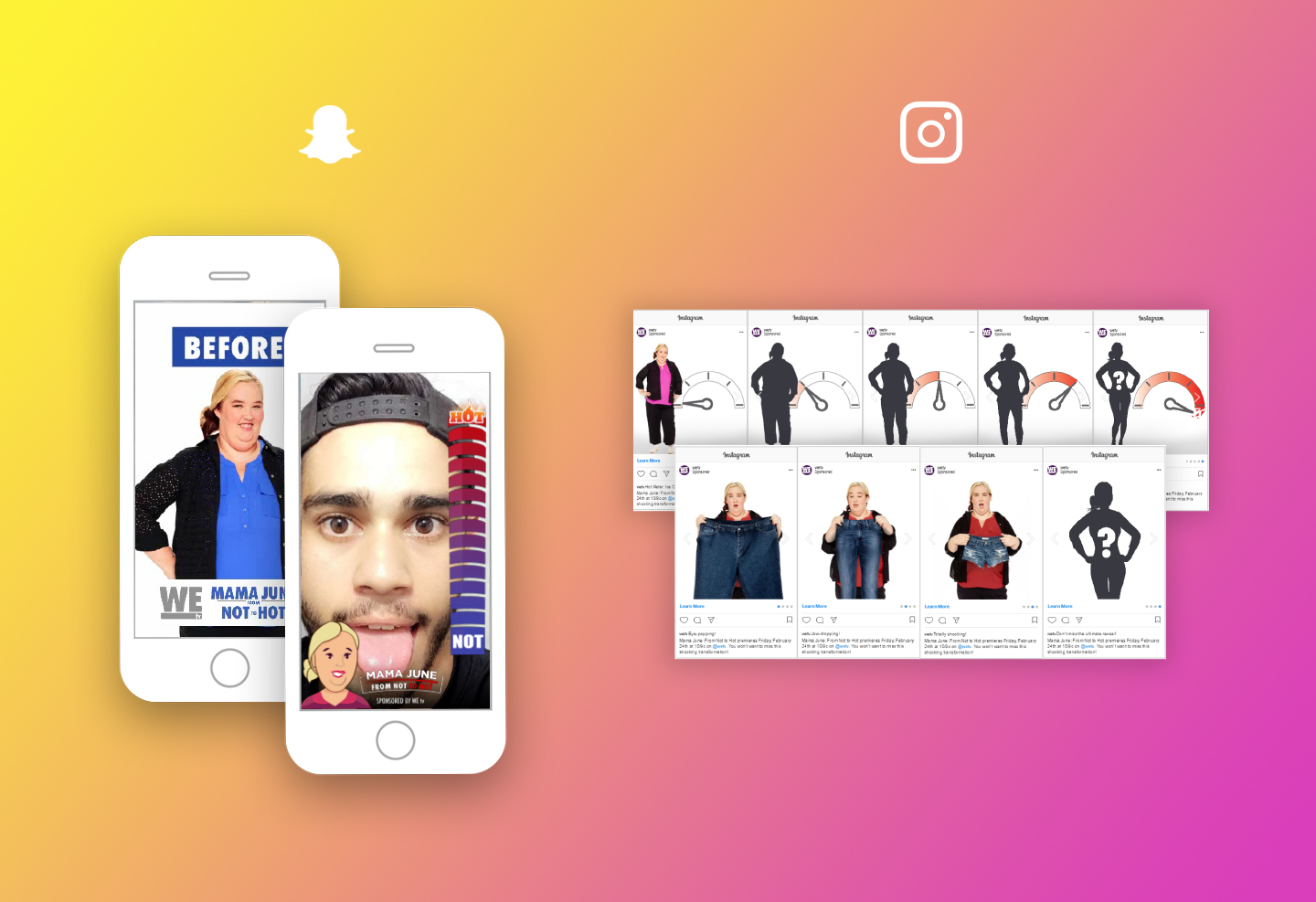 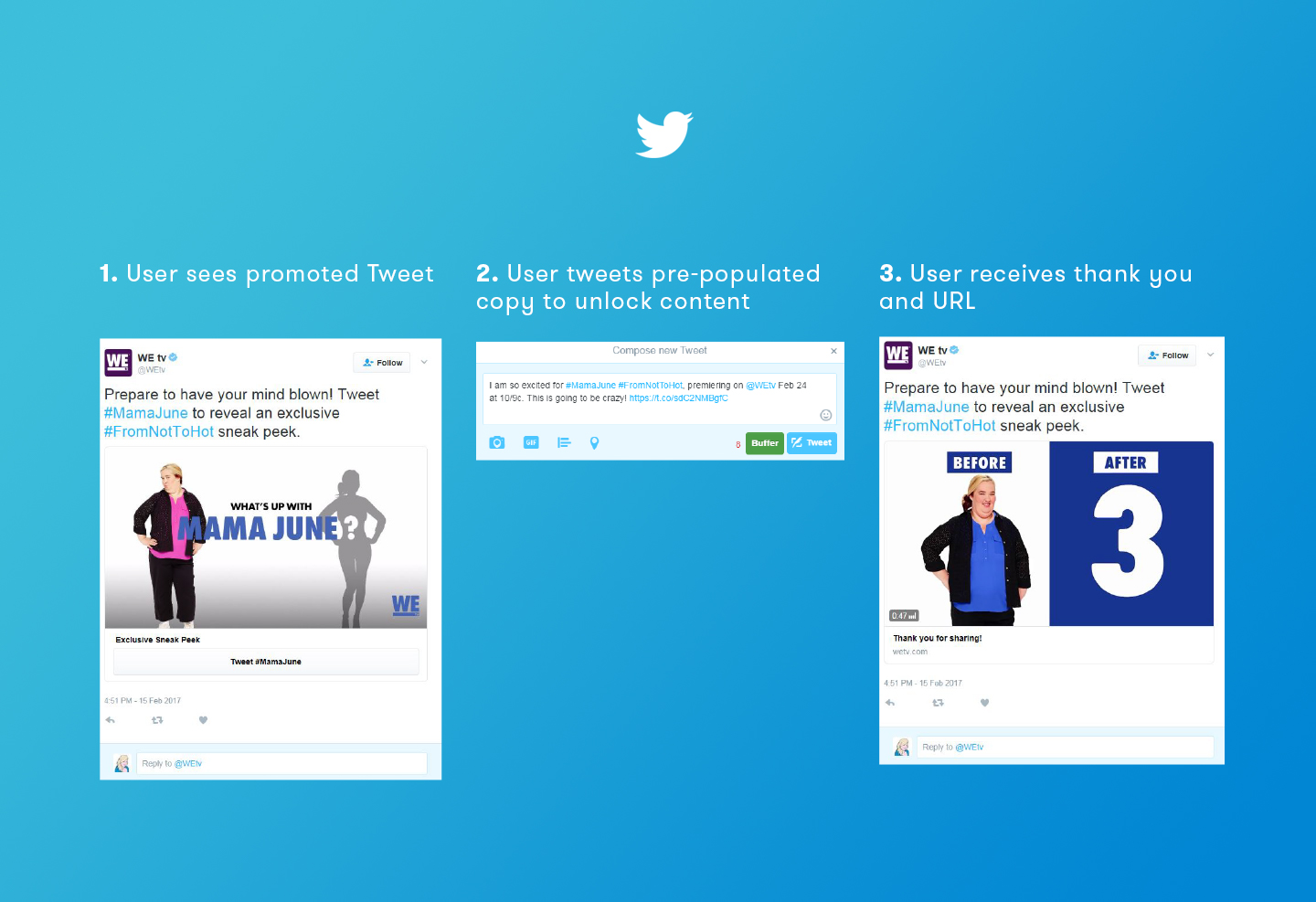 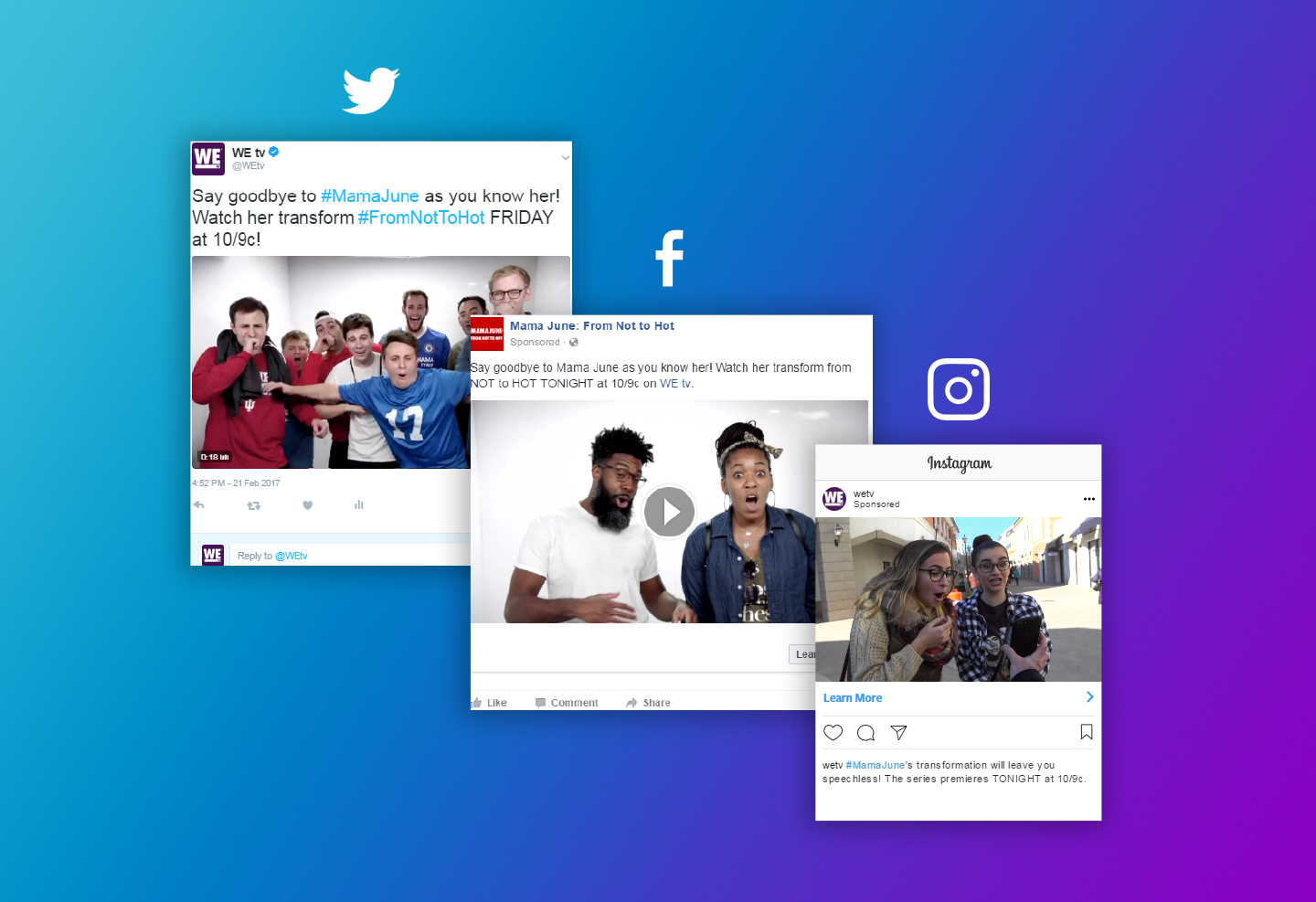